A number of lines folk have expressed interest in the Oud (or Ud).

I’ve been listening to our music for a long time, and have a Godin MultiOud. I’ve taken a few lessons from a faculty friend at Berklee, but that coincided with my falling into the eurorack rabbit hole, and guess which one won? Hmmm…

Looking forward to learning from you all!

I was listening to this recently after getting into some lute music. Definitely interested in some more recommendations for oud music. The oud is the predecessor of the lute, which in turn is the predecessor to the guitar, which is what started this for me. 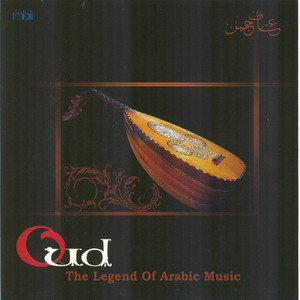 Oud (The Legend of Arabic Music)

As a guitar player I can testify that the oud is another instrument entirely.

But to me, its beauty is unparalleled.

Totally different, but it’s interesting (for me) to see the historical evolution of a general instrument concept through different iterations and the corresponding musical forms.

One of my favorite oud and Barbat players from Iran, Hossein Behroozinia, with the wonderful Pejman Hadadi on percussion. 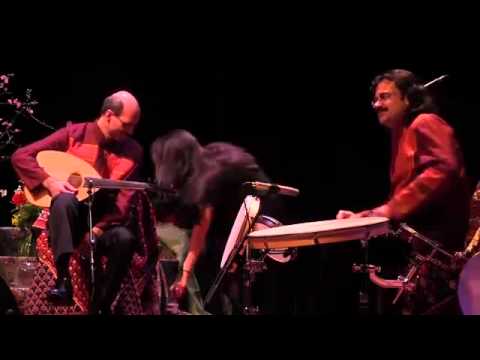 This is also excellent. 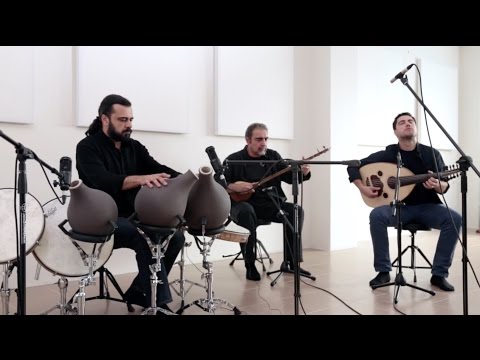 I used to play the Cretan lute for years, I learned under Xylouris and I also had an oud around. Completely different playing style and tuning, even though the instruments are cousins in the genealogical family of string instruments. It’s a fascinating family for sure. I haven’t touched mine in more than a decade, but I miss it sometimes. It was my gateway to music theory (via Ross Daily) and I kinda got lost in that world.

Ross Daly is some kinda wizard, he seems to have collected a fantastic circle of microtonal masters around him. He’s also got some of the most incredible acoustic instruments I’ve ever seen…

Ross is also a really good teacher. His summer classes are a joy and highly recommended.

I’m sure any student of the oud will have heard of Munir Bashir, but we wouldn’t want an oud thread to go without him. 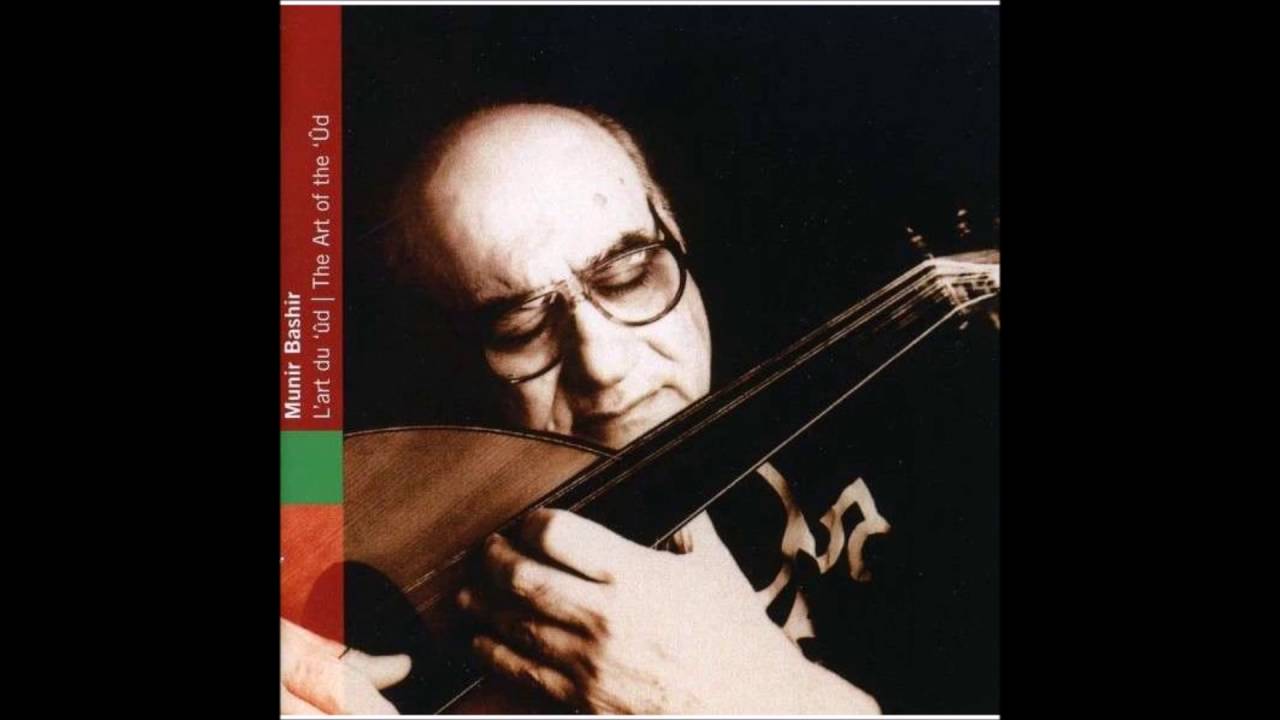 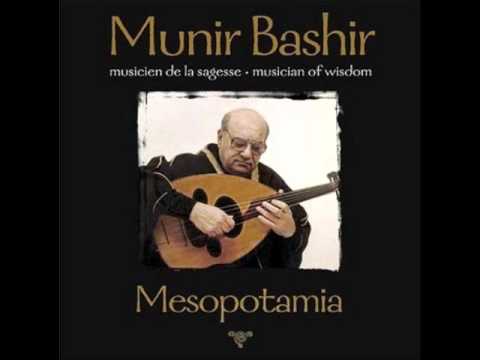 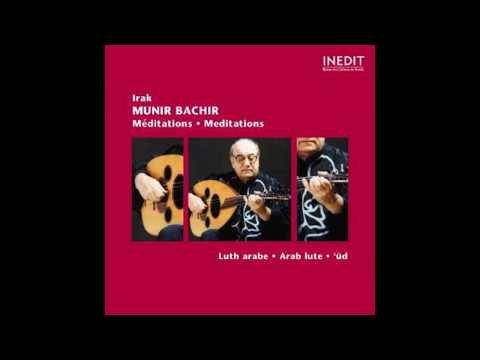 I must admit it took some repeated urging from my Iraqi Assyrian in-laws to really give his music the attention it requires. I find this kind of long form solo instrumental oud practically incompatible with the modern multitasking lifestyle. I can put on some jammin’ folksy North African stuff like Hamza al Din or some fusion style stuff like Rabih Abou-Khalil in the background and get some working/parenting/chores done. Not so with Munir. If my mind should drift, the narrative falls apart into a bunch of discrete phrases.
Anyway, enough about my brain. He was surely one of the great masters of the oud, with deep connections to and knowledge of all related musical traditions across time, cultures and geography.

You’re onto something special in the assessment of required depth of listening. Although I do love Abou-Khalil and el Din😎

Some players have achieved a level of expression that just creates an entire universe, and if you really give yourself over to it, it’s magical. But if you treat it like background music, you’re going to completely miss the journey…

Edit: I should also mention a great oud player who I have actually seen perform at Berklee with brilliant jazz musicians, Dhafer Youssef.

Dhafer youssef is an incredible oud player and signer, i was privileged to watch him live back in 2012 i believe in egypt at an outside venue. it was such a good performance of oriental and jazz music. the quartet was incredible.

born and raised in egypt, oud is definitely a sound that hits me deep, i’m a guitar player but for some reason i never tried to play oud, this year though i thought about it again and i think that next time i go back to egypt i’ll pick one up and start learning it.

Is there a ‘standard tuning’ for oud in the same way there is for guitar?

I was getting so psyched discovering various our players I obtained a cheap guitar last month, pulled the frets out, filled in the gaps with epoxy and leveled enough with a Stanley knife blade to make it roughly work and play around without frets… I googled a bit and concluded F,A,D,G,C,F is considered ‘standard’. Any different opinions? 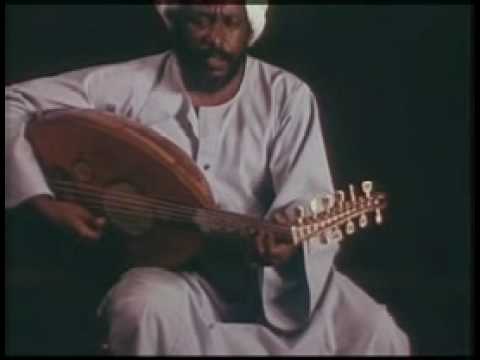 I love Hamza el Din. His Eclipse album and especially “Mwashah”. That’s probably one of my top five songs all time.

Here’s another Persian oud player I really like, Shahram Gholami 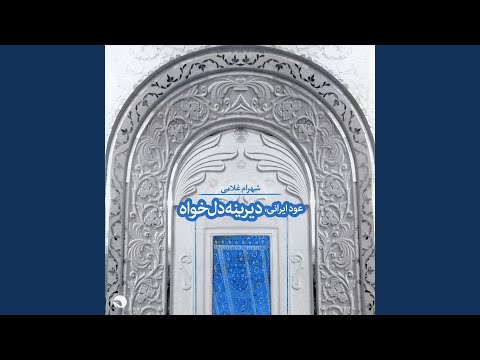 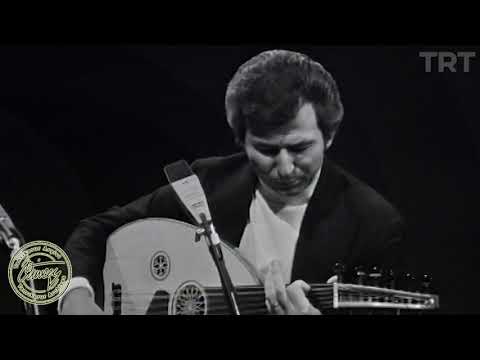 This is the Istanbul style of playing the Ud

Thanks for posting the Cinuçen video. In addition to his considerable direct and indirect influence on many newer players (notably Necati Çelik and Yurdal Tokcan), he was a prolific composer who wrote some very unusual repertoire in lesser-known makams. Unfortunately most of this has yet to be recorded, and I’m not sure what the status is of the critical edition scores that was planned some time ago.

One more “experimental” player I like is Mehmet Polat, we met donkey’s years ago on a ferryboat in Istanbul, but he’s now based in the Netherlands and does some tasteful “fusion” and jazz-influenced stuff. 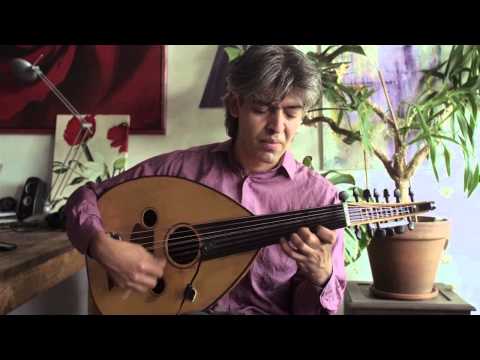 edit: A new Secret Trio video dropped today. Ara Dinkjian is defo my fav US-based oudist these days, and I particularly like how they tastefully/artfully approach repertoires that are “claimed” by two or more ethnic groups in the Anatolian region. 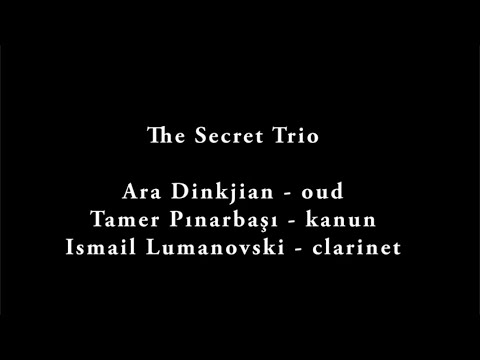 I think Sam Shalabi might be the only oud player I’ve seen live.
https://freemusicarchive.org/music/Sam_Shalabi__Stefan_Christoff
This was a great show and interesting to talk to them after about the mixing of equal temperament tuning instrument (piano) and oud. He doesn’t play straight up like this very often.

Hamza el-Din and Munir Bashir are two favourites for sure.

Regarding tuning, I’m not an expert by any means, but I think there are different ‘standard’ regional tunings and maqams.

This is a wonderful thread!

I’ve been fond of the sound of the oud forever, and I play a “Glissentar”, which is a guitar-sized and shaped instrument inspired by the oud (with 11 strings and no frets). Easier to get used to, in terms of intonation.

I think Anouar Brahem ought to be mentioned here as well: 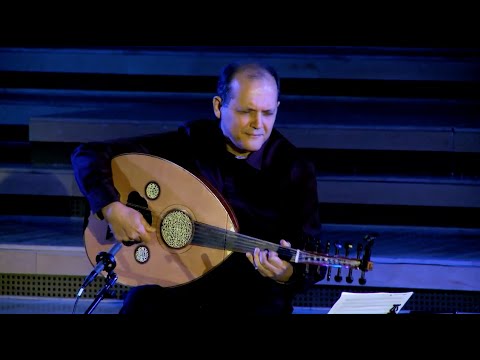 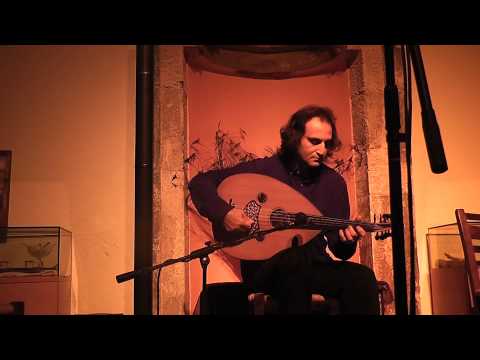