Out of the Valley - n-So 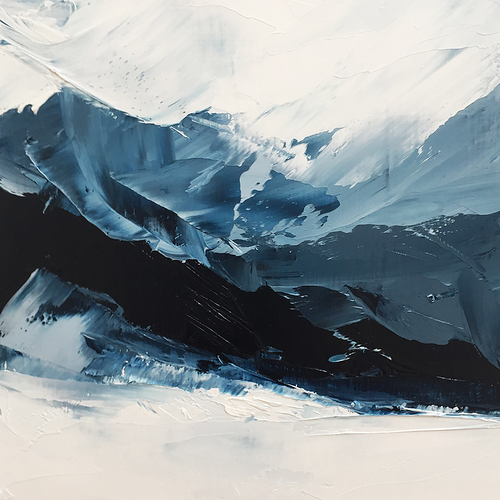 Hello lines friends. Been almost a couple years since my last full release, and wanted to share with you the latest - Out of the Valley, out now on Moderna Records. (and all the streamy things)

This community continues to be a huge inspiration and treasure trove of knowledge and creative wisdom. Your music has directly inspired much of mine, so thank you all. @dan_derks in particular inspired a new kind of music-making for me, which we talked about on his podcast Sound and Process. (will link that once it is edited and released)

Will be updating the thread with things I learned along the way both creatively and technically, to ensure this is a place I can try to give back to the community and not just promote.

Thank you so much for listening.
Nick

So stoked for this! The pre-release song is bonkers good. Many high fives to you, dude.

That is an excellent track. Fantastic stuff. I’ll be watching out for when the album drops.

This first song is great! I’m a huge fan of the last record. Very excited about this one.

Wow, this single is so good. Really amazing work. I love the change to the felt piano and stick clicks, and the overall vibe is super cinematic and moving. The mix is tasteful, well-blended, and natural. Wonderful work.

that impasto cover is sooooo good
perfect palette for the music too!

Lovely track. Any plans for a CD or vinyl release?

That first track is incredible. Can’t wait to hear more about the process. In the meantime - preordered!

oh man, I’m gonna like this even more than A Stroke of Blue, huh. I LOVE the development of the harmony over the course of Into The Valley! By the end it’s so lush!

I am studiously avoiding listening to the first track in anticipation of the full release.

This sounds gorgeous! preordered as well

unfortunately at the moment no, covid contributing to that.

lovely first track, very much looking forward to the rest!

the artwork is also stunning— can you talk about the process by which it was made?

Y’all are way too kind, thank you so much for the generous words

@tehn The artwork was not specifically created for this project, but instead selected by me after a long process of trying to find the perfect work for the album. I assume it’s oil, done entirely with knife, but of course I’ll defer to the artist on that one. I think she posts some process pictures on her instagram as well.

The visuals were very important for this album, as the title and overall narrative is tied to a rather specific visual metaphor- namely that of a treacherous barren snowy landscape with impossibly tall mountains on all sides, trapping you in, with no clear way out. This feeling of being stuck, isolated, uncertain, afraid, was very familiar to me at times over the past couple years, and is the basis for the album. I must have scoured the portfolios of 100+ artists before Moderna brought Alicia to my attention- her work instantly stood out as what I was looking for to both represent the literal visuals of the mountainous landscape, while simultaneously evoking the rather bleak emotional subtext. I’m way out of my element here as far as visual art analysis goes, but to me the piece I chose for the album art has a profound sense of motion, turmoil, and drama that is both beautiful and intimidating. It really just works for the album on so many levels, I feel very lucky to have found it.

While I’m here I can also speak to some of the nerdy bits of gear and process on the first single. The main plucky bit is Roland SH-2, pretty much instantly became my favorite instrument the moment I got it. It’s all over the album, it’s just an absolute gem. The arp is Juno-6 being clumsily hand played by me because I don’t have a way to sequence it at the moment.

The kick and noise are Plumbutter 2 (and heavy sidechain compression).

The other thing maybe of interest is the woody percussive tapping sounds that come in about halfway through the track- this is me playing the surface of a wooden beam that stretches across/above the keys on my piano, it’s long enough that it can actually resonate somewhat and produce percussive sounds of distinct pitches, lengths, and timbres when struck at different locations. The track immediately following the single on the album explores this concept of playing-the-piano-like-a-drum much much more.

If you’ve got an acoustic piano, I’d encourage experiments in (safely) “playing” it without touching the keys, you’d be surprised how many great sounds you can get out of it, especially holding the sustain pedal down and letting things reverberate through the strings. Built-in spring reverb!

yes!!! I’m super excited about this

Hey all, excited to share the final single before full release. Some quite simple felted piano stuff for your weekend. I’ve been really enjoying playing with fourths and fifths throughout my compositions recently- there’s a certain openness that I’m finding appealing these days. Thank you all so much.

Hey n-So, I really like both tracks.
Thank you for sharing, and congrats for the release !