A bit over a month ago @Angela and I had a nice catchup with @dan_derks, and among talking about community, and the Gib Gab sessions (free lessons/mentoring/advice/etc…) that I’ve been doing for just over 5 years(!), we got to chatting about how something like that could be interesting but as like a “live” thing, or at least, a “video” thing.

@Angela and I chatted over the idea a bit, and after a bit more thinking, came up with the idea to try filming the next Gib Gab session I do (if the person was down of course).

Unrelated to this, @infinitedigits had just listened to my episode of Sound & Process and decided to message me about a Gib Gab. I pitched the, at the time unnamed idea, to him and thankfully he was down!

So with that I present the first Particle Castle Bubble Party! 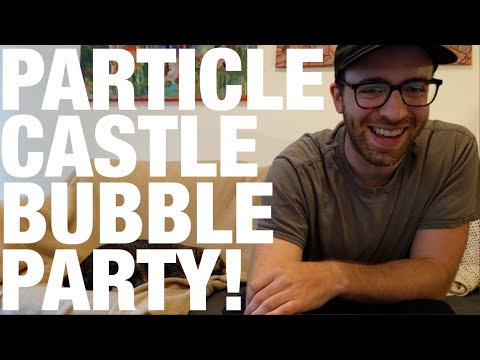 Although other people don’t generally get to see/hear this, the “Gib Gab”-ness of it feels very similar to me. Zack and I have a wonderful and wandering conversation around some of the subjects he initially emailed me about, as well as tons of other things that emerged organically.

@Angela edited it all together (in a super flowing way I think!) and put in media/images where relevant, and we’ve put links to everything in the video description as well.

The idea is for this to become an ongoing series, like play talk play, also under the overall Amplifiers & Explosions thing (which in a post-COVID world will also host physical humans in physical spaces).

If you’re interested in being part of one, let me (or @Angela) know.

For the time being, this would ideally be with people who can film themselves and their setup somewhat well (decent phone/light) and is handy with OBS/recording to capture their end of things, since it turns out trying to sync so many stream-y sources/framerates was a big ole PITA.

We have some ideas of where to take this in the future as well, but for now, this is a good place to start.

@Rodrigo and @Angela are benevolent geniuses, thank you for sharing your insights with me and creating this oppurtunity!

i wandered into this discussion with an interest to poke @rodrigo’s brain about the nature of inspiration and creativity. our discussion became a lot more! including topics such as:

i personally came away with genuine inspiration and now have so many more musical ideas thanks to the discussion. i look forward to the future episodes!

This sounds great, and I look forward to sitting down of an evening to absorb it properly.

Looking forward to checking this. I’ve been developing an idea building off the livestream sessions I did this summer with Pittsburgh Modular’s Richard Nicol. 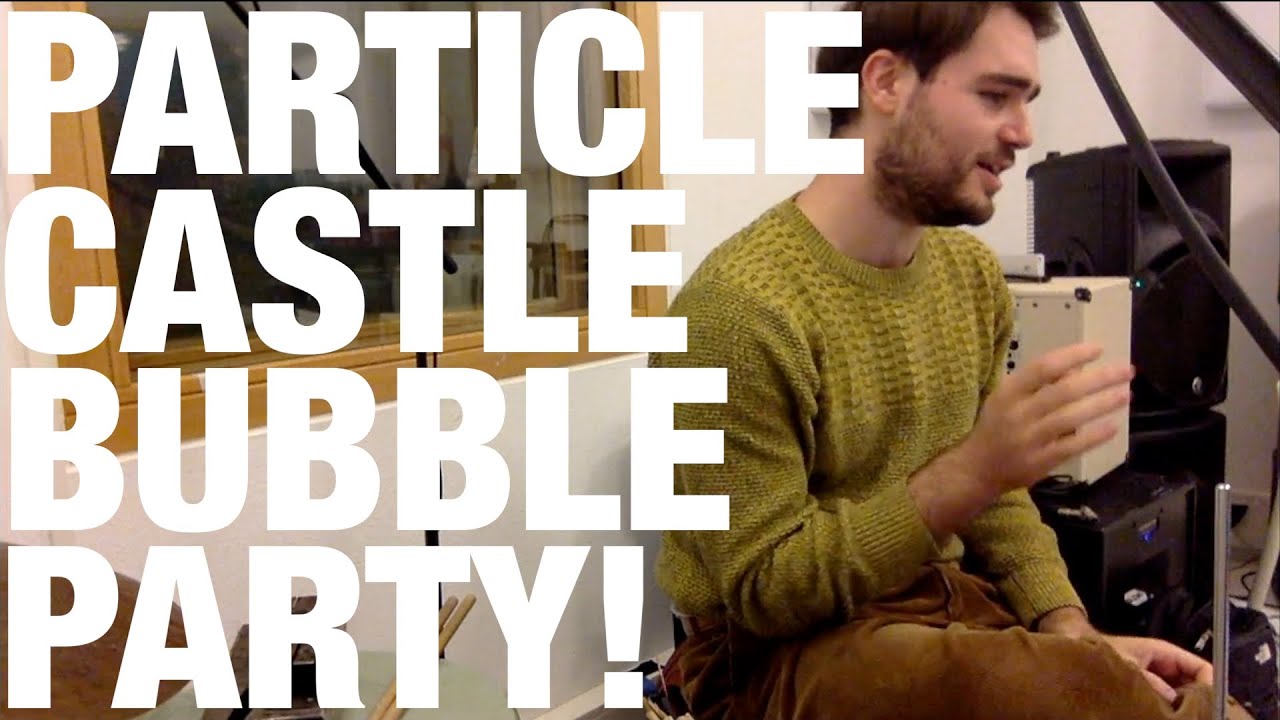 This one is with drummer and composer Giovanni Iacovella.

This one centers more around drums + electronics, and more specifically around audio analysis, onset detection, and using the Sensory Percussion hardware natively in Max.

Here’s the blurb from the webpage:

Also filmed the third one this morning, which @Angela and I are super excited about. Will be a few weeks before that one is out as they take a while to edit (@Angela does amazing work with these!).

Just watching the second one of these and once again I am blown away by how intelligent and musical your programming it. Really love your work in this area. Thanks for sharing these videos!

It’s been fairly arbitrary too as they have just been determined by people who have organically gotten in touch for a gibgab, with @infinitedigits messaging at the perfect timing to be the first one of the Bubble Parties.

The one we filmed today will be a great follow up too as it’s with someone who works more in the domain of visual art, sound design, installations, and film. I think that will contrast nicely with the level of detail and deep diving that the one with Giovanni.

Also filmed the third one this morning, which @Angela and I are super excited about. Will be a few weeks before that one is out as they take a while to edit (@Angela does amazing work with these!).

Third PCBP! is up: 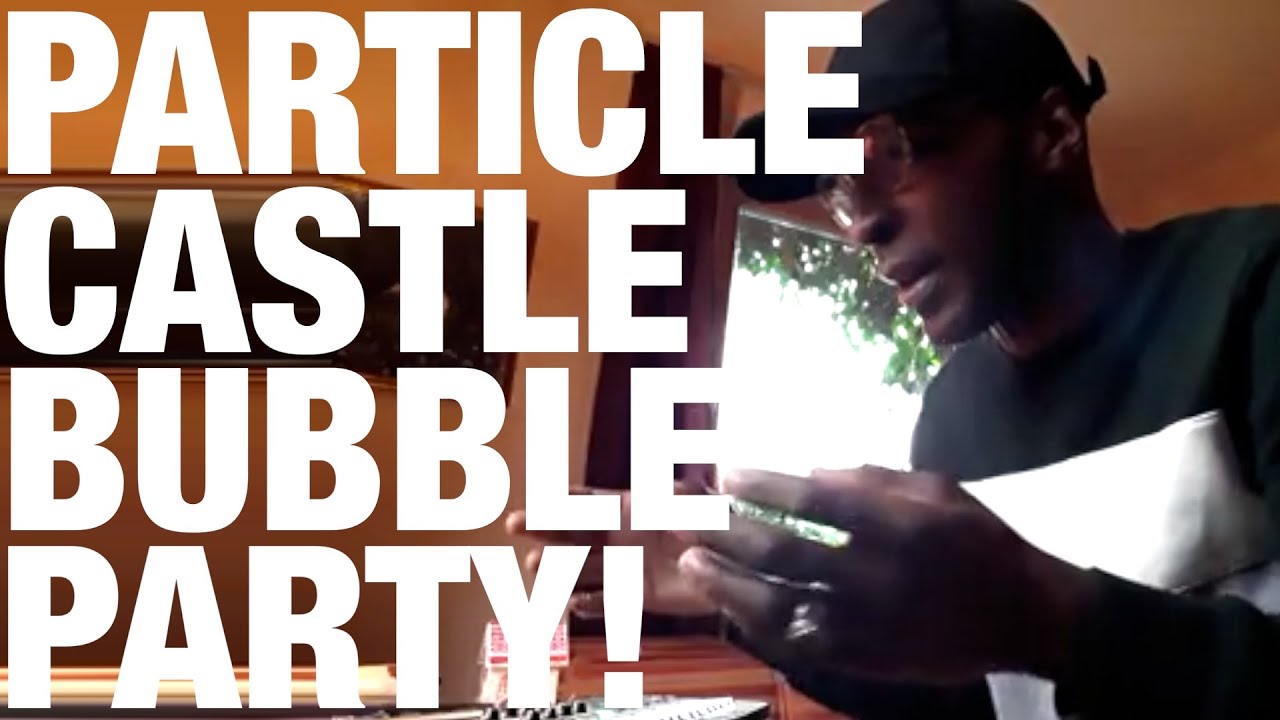 This one is with sound designer and experimental video artist Barry Olusegun-Noble Despenza.

This one is quite far-reaching, and is a nice contrast than the previous one with Giovanni and explores grad school, the bounds of creativity, sound in space, and politics/theory as it relates to the creation of art.

Barry Olusegun-Noble Despenza is an experimental Sound Designer + Interdisciplinary artist who builds experiential experiences that shift perspective from passive seeing to active looking, from passive hearing to active listening. Despenza uses musical thinking to illuminate the dynamic and unconscious rhythms of power structures that underlie the perception of time and space. His work involves diverse mediums that often include archive footage, sound design, music video, and experimental electronic music compositions. Despenza’s art investigates the notion of productivity and human presence in what we consider ‘thisness’ that exists within the sensory ecology.

In this Particle Castle Bubble Party! we talked through a wide range of subjects ranging from grad school, the bounds of creativity, sound in space, and politics/theory as it relates to the creation of art.

I also want to bump this part here from the original post:

The idea is for this to become an ongoing series…If you’re interested in being part of one, let me (or @Angela) know. 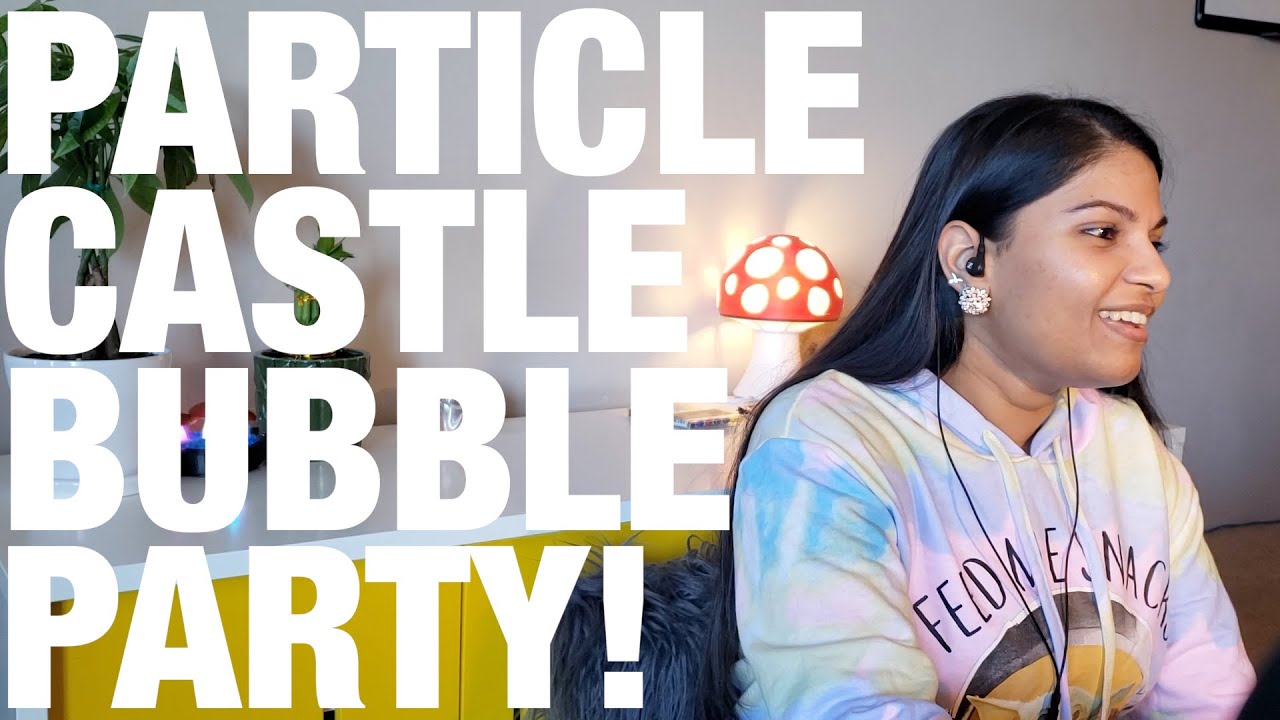 Rohini Soedhwa is a producer, singer, and rapper who creates music under her artist name Hini. Her music is crisp and explosive, combining slick production with a grittiness that sits underneath her strong vocal performances. I first met Hini through a mutual friend, and one of her teachers at SFU, Mauricio Pauly. Hini then showed me some of the TikTok videos she’s been creating which are equally well crafted and captivating.

In this Particle Castle Bubble Party! we talked about translating studio production into performance, how aesthetics tie into TikTok video creation, and how to expand your knowledge into areas you are unfamiliar with.

As before, the conversation is far reaching, but we ended up talking a bit about @madeofoak’s approach in Sylvan Esso with regards to fixed vs unfixed parts when performing live (based on his conversation with @dan_derks on Sound + Process).

And as always, @Angela has upped her editing game with this one.

It’s been a bit, but a new Particle Castle Bubble Party! 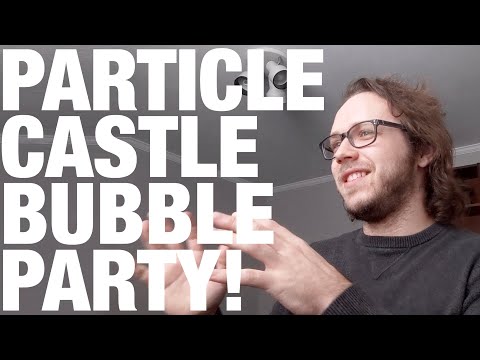 Joshua Baerwald is an artist who uses music, video, and drama to address themes of toxic institutions in our communities, the shift from binaries to spectra, and the power of dedicated imagination. He creates music with the hopes of inspiring social change through these themes and challenging audiences to envision a future more liberating and community-centric. I first met Joshua when he emailed me after initially seeing a video in which I was improvising with Sam Pluta. This sent him down the rabbit hole of my webpage and he then reached out when much of what he saw resonated with him.

In this Particle Castle Bubble Party! we spoke about building an interface for musical thinking, how to come up with new material, and the impact of the social context in which music is made.

As always, get in touch with myself or @Angela if you want to take part in a PCBP!.

We’ve also now set up a Patreon to help cover some of @Angela’s filming and editing time, which is pretty significant on the PCBP!s.

Amplifiers and Explosions is creating art and videos about art | Patreon

Become a patron of Amplifiers and Explosions today: Get access to exclusive content and experiences on the world’s largest membership platform for artists and creators.

Nothing will ever be behind a paywall or anything, it’s just to make the editing side of these more complex videos/projects more sustainable for her. There’s also some new ideas/projects in the pipeline that this is relevant to as well.

i almost feel foolish for not having seen this series until now
sincerest thanks to all participants but especially rod and angela!

Glad you found it

Just filmed the next one this week, so that will come out once we get all the media together and @Angela does her magic on it. 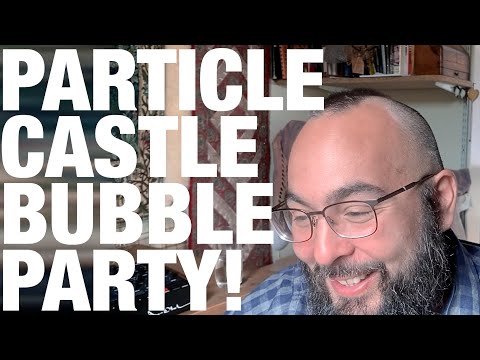 Ben Cantil (aka Encanti) is best known as 1/2 of the Audio/Visual duo Zebbler Encanti Experience with VJ Peter ‘Zebbler’ Berdovsky. Cantil spent 6 years teaching and developing curriculum at the Music Production, Technology, and Innovation masters program at Berklee Valencia, where he taught electronic music production and sound design. As an educator, Ben approaches electronic music as a multidisciplinary art form that unifies traditional song writing with sound design, arranging, and audio engineering. I first met Ben when he reached out after finding himself in a rabbit hole of concatenation and machine learning where I had been swimming for a while as well. Ben found the way I spoke about the topic approachable and decided to reach out.

In this Particle Castle Bubble Party! we talked about human agency in composer-based music, how narrative can impact structural decision-making, and how to create bass notes lower than anyone has ever heard.

@Angela really outdid herself on this one.

Thank you so much for making these! This is one of my favorite series of videos on YouTube. Every one of these conversations has been really inspiring to me. I’m always walking around with new ideas for at least a week after every one of these!

That’s so nice to hear! I always feel great coming out of the talks, so it’s good to hear that they resonate well with others after the fact (which was the whole idea of doing them this way).