random thought: could be really cool to use AR shapes instead of gates for the crow outputs, and be able to pick out some shapes from the commands menu.

Oh, that’s cool. When I get my patch cables back in a month (I inadvertently stashed them in a box that went into storage

), I’ll definitely experiment with this.

got all set up with a small system and realized that I don’t have a solid source for a trigger in my system to sequence jf via ii! is there any way that the new norns clock update could utilize the master clock to trigger crow? let me know if my question isn’t clear! thanks in advance!

Hey! Patchwork has been a bit neglected, so thanks for bringing this up

Incorporating the new global clock should be pretty trivial, though of course there would be no sequence-based modulation without some additional commands. I’ll have to think through the UI implications of that.

I should (finally) get my patch cables out of storage next week, so that’ll be a good time to dive back in.

By the way, loved your set during the open space stream a few weeks back!

here’s a gentle tweak of @Olivier’s most exellent patchwork app: 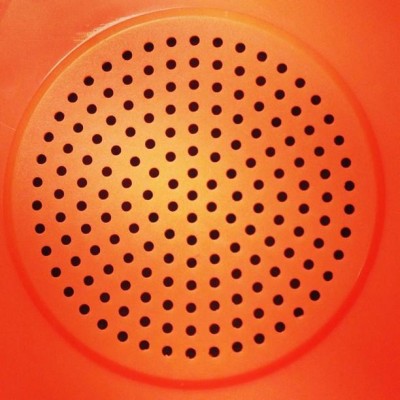 hey @Olivier really enjoy this sequencer, quite amazing! thanks!
I’m trying to save a present but it’s not working… does the PSET on norns is working with Patchwork?

I don’t think I’ve ever tested that — will try and get back to you. Glad you’re enjoying the script!

it’s really nice sequencer, thanks for taking the time to share it

thanks for looking into the norns PSET. it would be amazing to save notes, lengths, commands and infos from the params too.

@Olivier
Still think this is a genius sequencer!
Would there be any chance of adding midi to the output options?
I’d love to get my OP-1 or Juno into the mix.

Also I’ve been dreaming of an expanded version that’s 4 tracks even if they were only 8 steps. I’d love to be able to sequence 2 tracks from crow, JF and midi.

Have you considered revisiting this script?

I second the ability to output midi. that would be amazing. Is that at all possible? or is there maybe an easy way for us to edit the script to enable it somehow?

or is there maybe an easy way for us to edit the script to enable it somehow?

this would be a great first project!

i started writing up a big ole study about this here and realized it’d be easier to just do a streaming walkthrough – @Olivier, i’m happy to facilitate and by the end, we should have a midi-fied version of Patchwork.

anyone interested in learning how to add MIDI output to your favorite scripts, DM me and we can sort out a good time this upcoming week.

That’s super generous, @dan_derks! I’d actually love to participate in the stream as midi isn’t something I’ve dabbled in at all, usually relying on PRs from others to see it implemented in my scripts.

@cosmicsoundexplorer I’m sadly short on scripting time these days (working on an album!), but it seems like we’ll at least be able to get midi out implemented relatively quickly. Expanding to 4 tracks sounds great, but would come with some UX challenges that would need consideration. I’ll add it to the to-do list, though.

thanks guys, you rule

i would love to see this stream. will it be on your youtube channel?

eventually, yeah — i was honestly just proposing a few of us hang out on a zoom call or something similar, walk through the changes, record it and edit it down for general release

@dan_derks That would be unreal if you could add it and id be very interested in joining the zoom and learning somethings!

@Olivier Totally understandable, time is precious and working on an album sounds exciting. Ive just gone into another 6 week lockdown here in Melbourne so I’ve got a lot of extra time for music. Wish I had the skills to add to the script or write a new one. Hopefully you find a little extra time!

Demo notes: sequence A is send via midi to Ableton while sequence B is driving Just Friends, also routed to Ableton with some Valhalla Supermassive after it because why not.

Patchwork finally got some much needed attention! Version 2.0 adds midi out support, configurable output options per sequence and a revised UI.

In addition to crow and jf, you can now output both sequences via midi. Midi device and midi channel (per sequence) are selectable via the params menu. Thanks to @cosmicsoundexplorer for the nudge and @dan_derks for jumping on a zoom call to help with implementation. As always, I’m astounded by his boundless generosity

As I folded midi support in, it occurred to me that Patchwork would be much more flexible if you could freely route either sequence to a variety of output options instead of forcing it through fixed configurations. 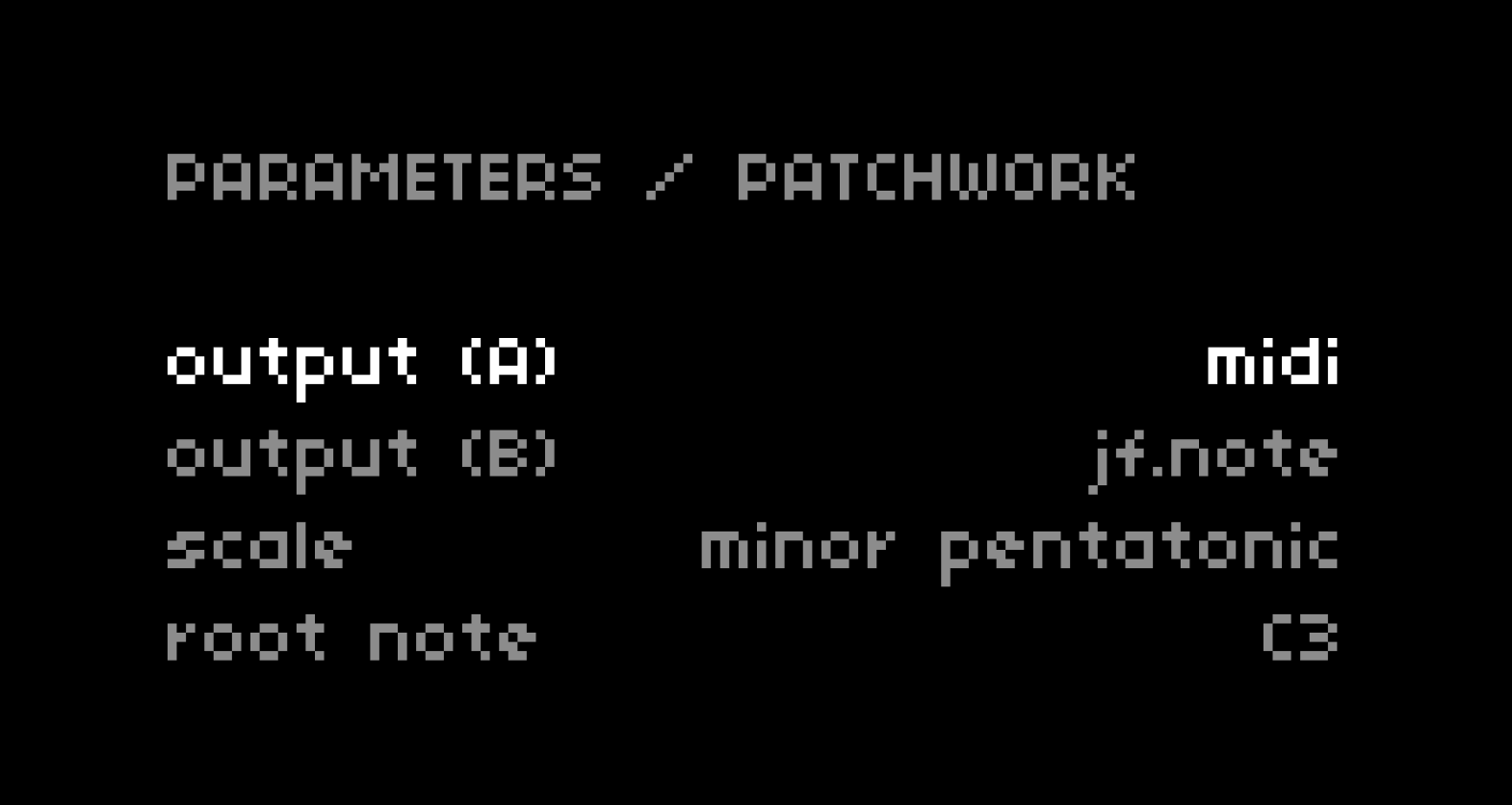 Now, each sequence can be routed to the following outputs:

In the case of JF and midi, you can even route both sequences to the same destination. Just Friends’ new and improved polyphonic allocator (in firmware 4.0), makes for some amazingly lush results.

I took the opportunity to freshen up the UI, and made some tweaks to the key + encoder interactions. Check out the documentation for full details.

Edit — OH! and thanks to @mattlowery for testing

I would love this 23 times if I could! Thanks @Olivier!!

Could it be possible that when one is using MIDI output, that you could clock both sequences with the internal clock?

Haha – was just having the same conversation with @mattlowery

Internal clocking is in the air. To paraphrase myself:

Part of the reason Patchwork is driven exclusively by crow is that if an internal clock were used instead, we’d need clock-based commands to make things interesting (like with compass or dunes), which would necessarily complicate the grid interface (8 keys per column == 8 total commands).

Thinking about it more, perhaps Patchwork could work with the internal clock system, but without any associated commands. Instead, the main clock (at whatever rate you have set) would drive sequence A, and a param could let you dial in the rate (as a division of the main rate) for sequence B.