Has anyone else checked this out? A bit pricey, but has quite a bit under the hood. Thoughts? 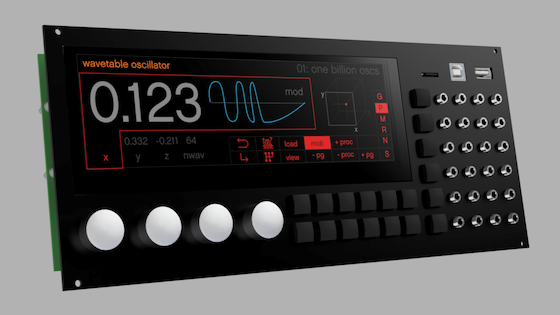 A eurorack module based on one of the fastest ARM processors available, the quad core Cortex A17, and high end ADC/DAC converters.

This feels like it would be a great desktop box to me. Perhaps they will package it up like a 0-coast as well.

I was just thinking the same. This would really make sense as a standalone desktop thing that you use with your modular.

I get the impression that the 8 outs can be either AC or DC coupled (so, usable for either CV or audio).

I’m a backer. I probably shouldn’t be, given that I’m already into ER-301. But curiosity got the best of me.

Well, they already have their desktop engine. Just with fewer CV ins/outs.

The micro is up on kickstarter now. I was super tempted by the full SSP but it was a bit to big, and a bit to expensive. I am right on the edge of backing this. Does anyone on lines have the full SSP and are willing to talk about their experience with it?

id have like a few more outputs (for CV flexibility) but 4 is a good start…
and it has USB host, so that opens up the option for USB -> CV module,
(requested on percussa forum

but already got a reply to some questions I had about how open it is to coding, and seems completely open - so I see absolutely no issues at all with me being able to install pure data/ supercollider - which means I could install Norns and Orac.

(it suits Norns quite well, as its got a similar hardware UI, 4 en coder 4 buttons, plus menu)

thoughts? anyone else tempted? 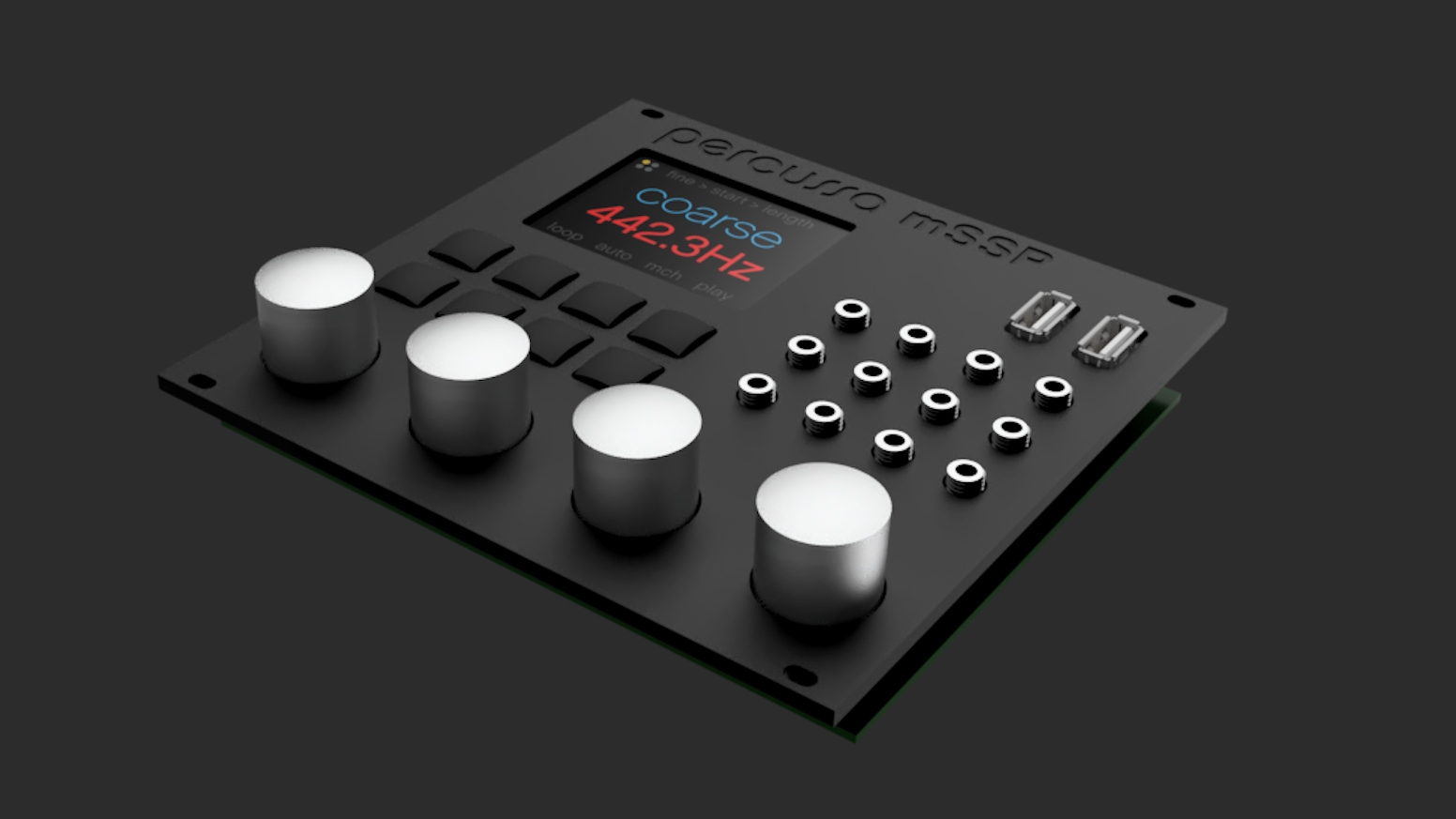 note to mods… should this really be merged?
I think the mSSP being cheaper and smaller is going to attract a very different set of users.

and I for one, completely missed @fma post because as such I have no interest in the SSP. its too expensive, too big, and as I’m not following percussa’s news I had no idea they had a smaller version planned so id have loved to have seem post a couple of days ago!

I was going to start anew thread, but this one popped up in the “similar” list and I thought I would add it here. Im game for whatever.

Just stumbled over this as well and yes, the price size capability ratio seems great. But the power requirements are through the roof. They mean that I’d need a second power supply in my 95HP case to run the mSSP. Not going to do that.

I suspect the power draw is so high due to allowing 500mA for usb host.
But yeah the draw on these processors is going to be much higher that usual on modules ( it is on Bela Salt too) its one reason I bought a structure 360 case.

Yeah I was thinking about sticking it in one of the new 4ms boxes as a standalone modular computer. Basically an alternative er301

The idea is good but won’t work because the 4ms Pods are too shallow (34mm vs the estimated 50mm for the mSSP).

hmm, doesn’t seem to be getting backers very quickly… then need over 180 more backers to make this happen (and got about 30!) - it seems to me, whilst they’ve done a reasonable job at selling the technology, the marketing seems off…

e.g.
there were only 3 early bird units.
the retail price is said to be TBD , so at the current reward level (which is not limited in numbers) you have no idea how much you are saving by backing up front.
On the Percussa forum, Bert has indicated kickstarter will say you 30% , so why not say this on the KS campaign.

I still trying to decide if I need another multifunctional device in my rack, but at the moment its unclear if it’ll make it anyway…

that said, Im pretty certain Percussa will make this module regardless of KS campaign, as it seems to broaden their market with not a huge amount of additional effort, given the underlying software between SSP and mSSP.

As I understand it, and I may be wrong admittedly, you can’t create new patches with the mSSP so rely on others with the big brother to make and share patches. Seems a downer.

As I understand it, and I may be wrong admittedly, you can’t create new patches with the mSSP so rely on others with the big brother to make and share patches. Seems a downer.

hmm, interesting and something Im going to seek clarification on

my understanding was, the routing of signals is fixed on the mSSP (so thats the patch?!)
but it says you can develop your own VSTs to load in, so I assumed you could drop different VSTs into the patch.

but its a good point to clarify…
I get the feeling this is not because percussa wants you to have to own a SSP as well , rather the UI for the routing would be difficult to port to such a small screen.
hopefully if this is the case, some ‘compromise’ can be found?

but, Im off to percussa forum to find out

EDIT: ok, so i kind of got a response…
it seems we are both right… so the patches can only be developed on the SSP , however the VST “patch” will allow you to swap VSTs. how much flexility there is in that VST patch is not clear to me.
(and of course Id also need to see the performance of the VST under the mSSP)

in theory for my use this might be ok…
Ive already checked with percussa the hardware is pretty open, so you can pretty much run what you like on it… or put another way , these patches are ‘one app’, you can put on your own or you can integrate via a VST.

the only thing that worries me a bit, is it not open source,though percussa are helpful.

also for non-developers, I cannot see them being happy with the idea that ‘others’ are going to create patches for them… when the underlying hardware they have could do this too…
(e.g. imagine a web-app or something to design patches with?!)

You may have it. I thought they meant that you could only run premade patches. If it hosts vsts that sounds great.

percussa have announced if the mSSP meets target then there will be a windows/mac editor, so that patches can now be built from the ground-up.

This makes the mSSP much more attractive I think…
update here:

percussa have announced if the mSSP meets target then there will be a windows/mac editor, so that patches can now be built from the ground-up.

This makes the mSSP much more attractive I think…

I agree. Although it also makes me question my investment in the larger SSP. Definitely some tricky marketing challenges here.