After yesterday’s Apple announcement, I’m feeling more and more like I’m not interested in continuing down the line of iPhones. I had very little interest in opening my phone with my fingerprint, and absolutely none in opening it with my face. Even in non-apple smartphones, almost all of the developments I see tend to be features I not only have no interest in, but are usually pretty problematic privacy-wise.

Is there another way to go that doesn’t feel so wrapped up in privacy issues? I’d like to be able to make calls, send texts, and (though less necessary) do some other smartphone-y things like check my email, look at maps, and access the internet. I have a lightphone and love it, but that obviously doesn’t check all the “smart” boxes as it’s just a literal phone.

I keep thinking there must be a thing out there for people like me, but maybe there are less and less people like me? Any ideas would be welcome.

Yeah, the road for privacy-preserving technologies seems increasingly ominous. I recently replaced my aging Nexus 5 with a refurbished 128gb Pixel which was both fairly affordable and gave me plenty of space for photos and music. I’ve been quite happy with it so far and the prices for refurbished, unlocked models are pretty good. (Of course, I assume Google is tracking my every move and thought.)

Speaking more broadly, I would’ve loved for the OpenMoko or some of the Meego phones like the Nokia N9 to have been more successful. Maybe the increasingly creepy steps by the larger tech Cos will encourage more experimentation from smaller players?

i use a 2013 Jolla phone just because of the OS (Sailfish), which is neither iOs nor android. It’s basically a MeeGo fork with a polished UI. The feature i use the most is the built-in terminal.
There’s an android virtual machine that works good enough for me to run a few apps.
The hardware could be better (esp. camera), and it doesn’t know the North American LTE bands.
I had to use an android smartphone for a while because of that, and was horrified by the atrocious-confusing-ugly-absurd Android experience.

fully agree. i’ve been down this rabbit hole numerous times over the last two years, and have likewise not identified a clear path.

Me too. I’ve always used iPhones… and am in need of a new one in the next few months… (long story, but I need to give mine to my wife…)

Anyway, this statement on the new iPhone X website made me want to be sick in my mouth a bit:

The purest expression of iPhone.

You can disable Touch ID on current iPhones if you’d rather stick to inputting numbers to unlock your iPhone,
so I am pretty confident you will be able to disable Face ID as well.

Just besides the worries of fingerprint/face recognition I am thinking of switching away from Apple products. I need a new laptop. I am with Macbook Pros since a long long time. But the prices are really scary.

My wife and I just picked up iPhone SE’s a few weeks ago. I’d like this to be my phone for at least the next two years+. It’s still expensive, but not nearly as much as the front of the iPhone line, it’s way smaller (which I appreciate) has a bunch of storage, etc. I’m ok with the fingerprint ID, but you can turn it off.

For those that bought into the open source is freedom argument a few decades ago, the landscape is looking bleak. It takes a lot of effort to not give over your existence to the FANG machine (coopting the investing FANG term, facebook-amazon-netflix-google plus apple for these purposes).

I tried for a while, used a Linux laptop exclusively, an independent distribution of Android, etc. I’ve given up. Sorry freedom, I failed.

It’s sort of amazing we live in an age where the choice of a phone is also existential angst about freedom and privacy. Jeebus. This is so depressing.

I agree with all these desires and thoughts. But it’s also worth noting that the Touch ID fingerprint is only stored locally and is never put on a server or communicated over a network… it’s actually really private and secure.

No idea how the new face recognition is going to work though, not to mention that the use of it is really awkward in many many situations.

curious, @madeofoak, how do you like the lightphone? i was tempted by those but ended up never getting one because it felt too much to me like just another thing to buy in to that wouldn’t help me distance from smartphone dependence.

i have been feeling more and more like i want to go back to a flip phone or whatever the equivalent of that is now. i think when my current iphone dies i will just do that, but it would be nice if someone made a very basic phone for calling, texting, and email, because i am traveling so much. i could do without location services all together and honestly would rather rely only on maps and humans again.

Slightly comedic, but I used a Blackberry issued work phone until June of this year. It was good for calling, texting, and email but absolutely horrid for anything else. No fingerprint, the camera was crap, and the browsing experience extremely frustrating. They are still out there and they are cheap - at least they were for us.

EDIT: The software limitations/requirements imposed by my company could have greatly impaired its capabilities… so maybe not RIM’s fault. In thinking about this more, sounds like a Blackberry Classic fits the bill for this thread, though not a very inspired device.

as much as i’d like to commit to a “dumb” phone, mobile web, email, maps, texting pics/vids + having a pretty great camera in my pocket are the useful things that keep me on a smart phone. oh i guess i use the flashlight a lot too.

i agree the X is pretty off-putting - pushing boundaries in all the wrong places - and it’s unfortunate that others will only continue to copy apple and do it less elegantly. my solution for now is to stop updating iOS on my 6plus and do everything within my power to keep it from breaking. maybe invest in some replacement parts?

unrelated anecdote: my first smartphone was an iphone 3gs that i tricked at&t into thinking was an ipad. i ran a data only plan for $15/month and used voip for calls.

– hey hands off my bird icon!

Chelsea Manning tried to reply to this thread, but accidentally posted her comments as a NYTimes Opinion piece today. Whoops! Linking it here, hopefully next time she’ll push the right buttons and post the reply in the thread instead of us having to cross-link. 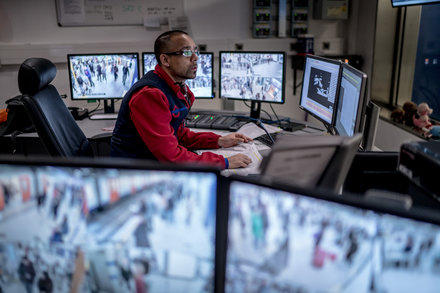 Opinion | Chelsea Manning: The Dystopia We Signed Up For

Automated algorithms are already dictating our future and freedom.

Sadly, she doesn’t have a phone recommendation.

I really enjoyed my Punkt MP01 for the brief period between when I got it and Australia still supported the 2G network. Admittedly that particular phone is overpriced, but I am now really a big fan of the dumbphone model. It allows me to be on call if there is something urgently important needing my attention (my son is injured, a friend needs synth advice) but off the grid for a lot of things which can really wait until I am next sitting in front of a computer. I think this divide of digital priorities has become especially vital to me in seeing parents and children interact in public over the last few years; attention is obviously now the new primary currency of human interaction and I think we are raising a new generation who are going to understand this implicitly.

anyway, used car salesman pitch, my mp01 is still up for sale - if you are interested let me know.

i agree the X is pretty off-putting

Agreed. There are some interesting things about it, but it’s definitely not the direction I hope things are going. It’s also not a mass-market device, it’s more of a luxury experiment that will probably bomb in a lot of ways (like a lot of Apple experiments).

The iPhone 8 looks like an internal update to the 7, so I’m pretty ok with that. All these platforms have problems so it’s a pick your poison kind of scenario unless you’re able and willing to just opt-out, which I’m not.

I wonder if someone could design a monome phone, with 128 configurable buttons only