Nice to e-meet Y’all.
The problem: I’ve ordered a Picnome 128 (a faux pas, I know) a long time ago.
Their hardware sucked, and I tried to convert it to Arduinome. So I bought 2 Arduino’s. Then I learned that unsped shield is rare to find and Arduino community is barely alive. What I have now is a good case, with all buttons and leds.
I want it to stop gathering dust and get working. What do I need to purchase to get it working?

ME TOOOOOOO, I would have asked before but didn’t want to deal with I told you so’s etc.
“and now you come crawling back for help”
Mine works fine but now that apps have moved on to serial osc I’m stuck using old versions.
Tried contacting the guy who makes the picnome serial but no luck. It was years ago I built mine and at the time I couldn’t find arduino easily here in japan.

sadly you might be out of luck. i doubt anyone will feel ambitious enough to modify the firmware: 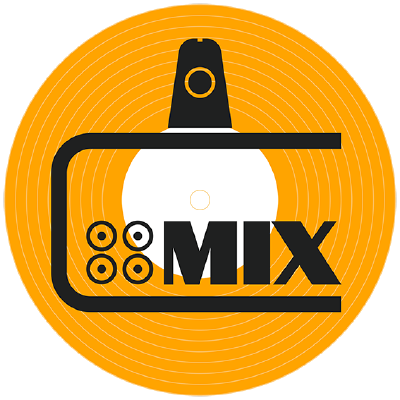 which really just needs to follow the serialosc protocol:

an electrical hack (as you suggest) is probably just as unlikely, given the arduinome project faded slightly after the picnome did.

This is a holding area for monome apps that need testing before movement into their own repository. - monome-community/collected

converting to arduinome should be possible I think the button boards were the same as bibos 8x8 boards. As for shield I’m going to try the strip board version here 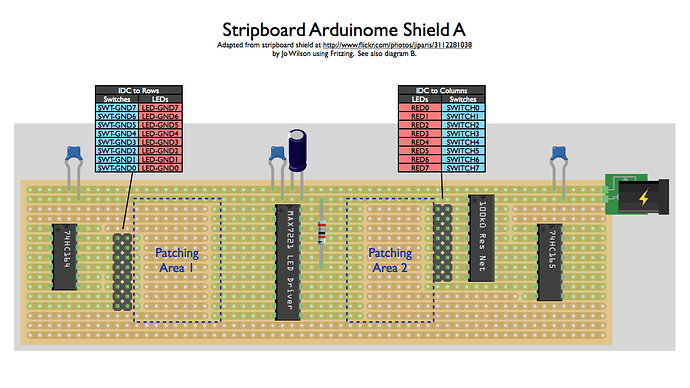 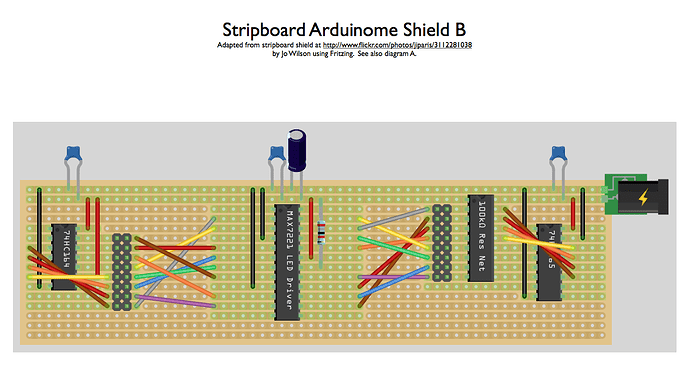 The other thing to do would be to order some unsped shields from a PCB manufacturer.
I’ve used these guys for a eurorack DIY order.
http://dirtypcbs.com/
You could upload the unsped .brd file found here. 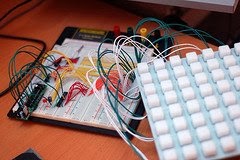 What would essentially be my first electronics project, I chose to try and clone the monome 40h kit offered by monome.org. Reasons for choos...

It’s either going to be $14 or $25 for 10 unsped shields if youwanted to get your picnome back up and running this way. I’m on the fence with this, I know that the monome ideal is not really about ordering cheap shit from china. Perhaps there are more local/sustainable PCB places you can order from, for me I found the UX and experience at dirtypcb’s super easy to navigate.

This is only going to get you up and running as an arduinome, this means 8x8 grid only, monobright.
I have an arduinome 128 (based on two x bibo boards + 2 unsped shields) sitting around not doing much as it’s fallen behind the varibright grids. It still works in serialosc as 2 8x8 grids but spanning apps are hard to come by/make work now and it’s unreliable when using with more modern apps expecting varibright grids. I’d really like this nice big hunk of aluminium, woodwork and buttons to keep working rather than become another disposable piece of electronics.

Ideally I’d like to update my 128 with a more modern brain that can run the real varibright monome firmware but that is likely to take more time than I have available. I started looking into making a shield based on the more modern grids but never found time to follow through on the idea, @tenh helpfully pointed me at the LED driver board used in the new grids but that is about as far as I got. https://sites.google.com/site/artcfox/demystifying-the-tlc5940

Hello!
@herringson Fantastic! I would be ordering these. I will order Arduinos also. Thanks a lot for the reply.
@tehn Thank you for answering. By the way, I own a real monome too, just for you to know that I support monome project.
@mobbs Thank you for your reply but I will go with gerringson answer. Cheers and thanks for guidance!