//// pictures of our sound-making machines and spaces ////

that’s very good (and it makes a strong image). i like that very much. so well put.
how does it sound btw ? 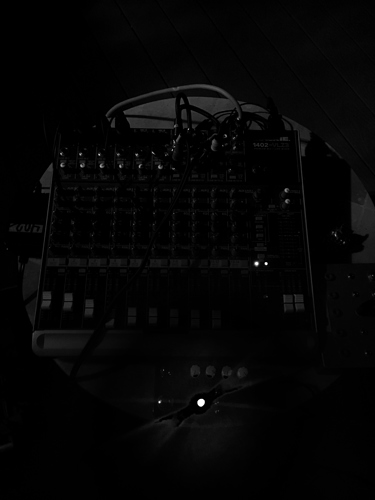 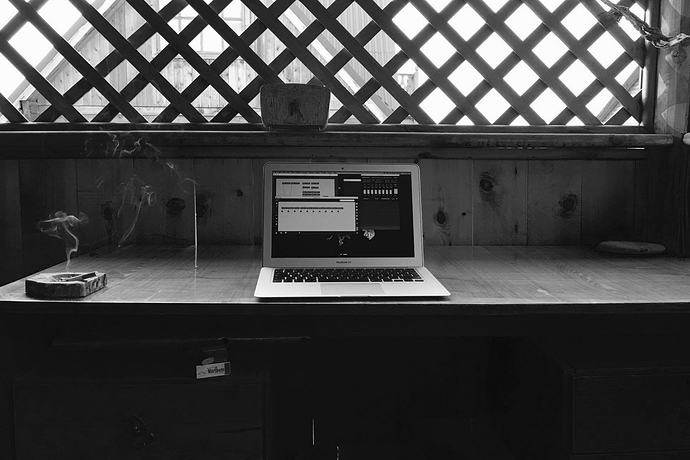 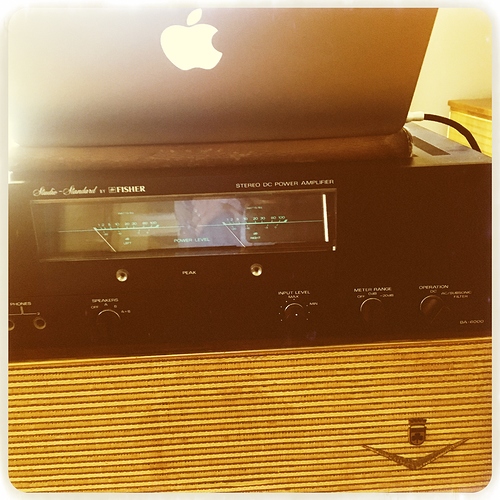 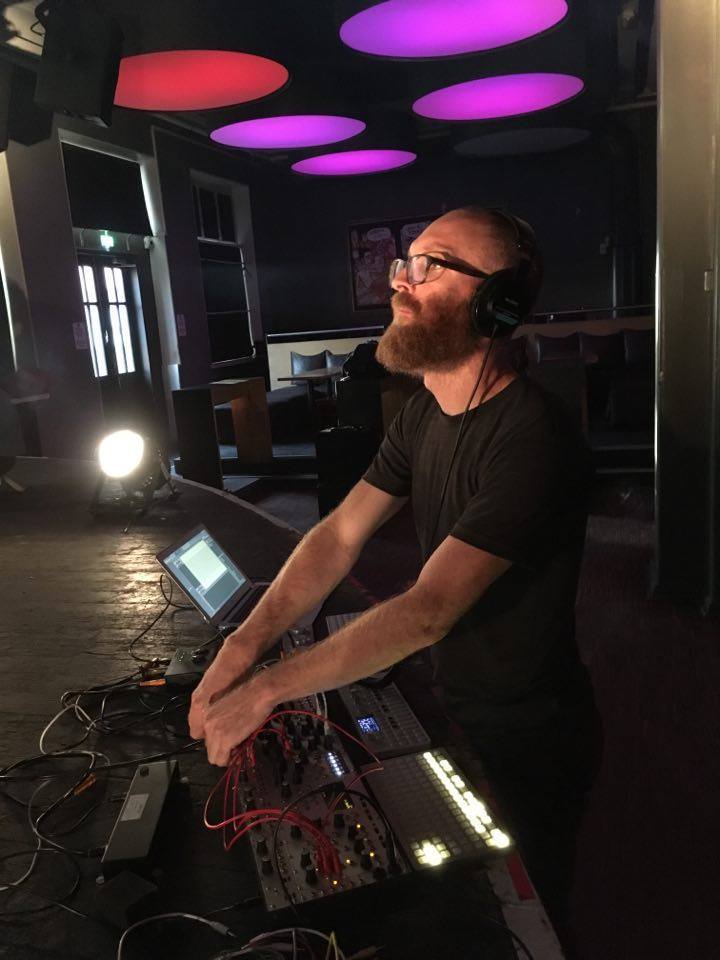 Brian Crabtree (tehn + monome) and Jay Gilligan will present sixteen performances of eight different programs in three countries. The tour and residency are based around experimental juggling for music. All of the events are free except the concerts at Our Festival, where you also get to hear chamber music from the world’s best players. Please come say hello! July 23 @ 20:00 “Melodic Objects” Baldersgatan 10A 11427 Stockholm SWEDEN www.ivarheckscher.se July 25 @ 22:00 “Averroes i-iii” … 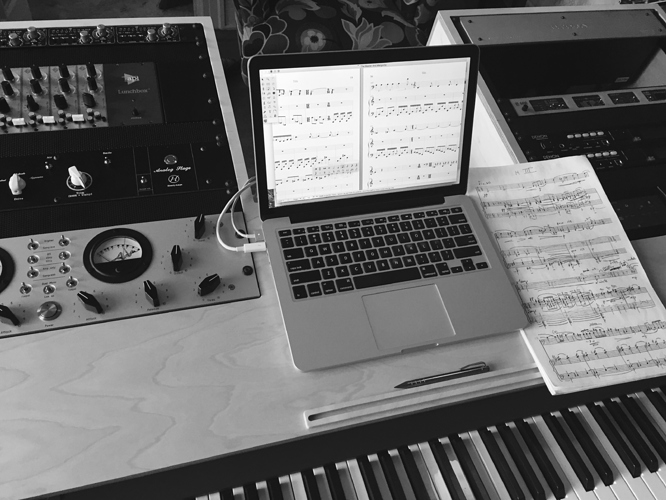 Nothing says Saturday night like dusting off the ol’ Finale chops. 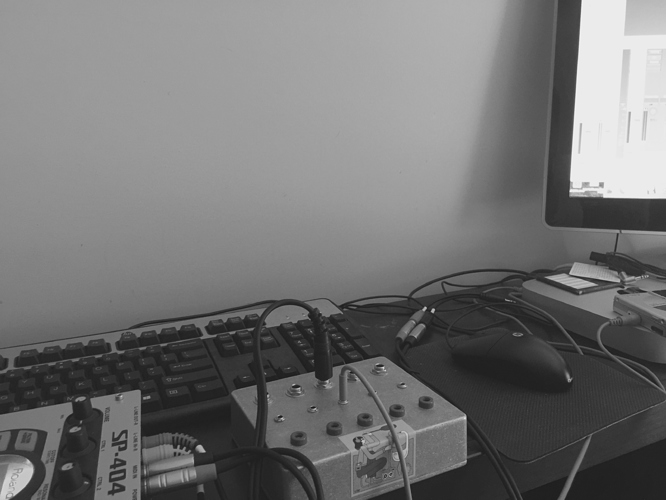 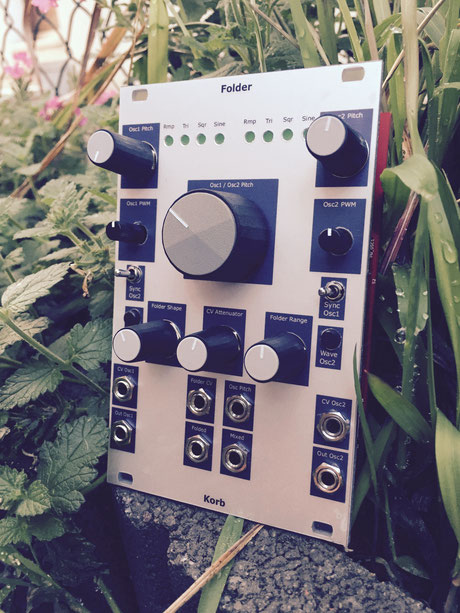 wonderful layout where can we hear this ? 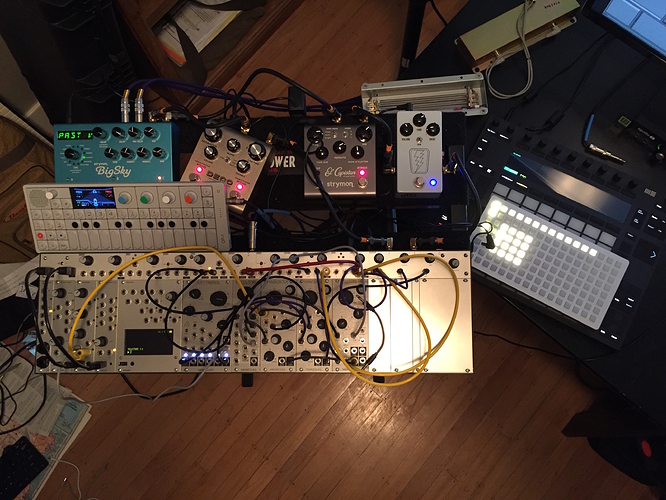 I just got the Isms system and still very early in the process of learning it. This is a setup I had for the Disquiet Junto drone submission today. Is it obvious that I am a guitar player turned synthy person?

i actually had to laugh, before admitting i like synths, at the sheer number of guitar pedals/cables/adapters i own despite no talent with or interest in guitars themselves 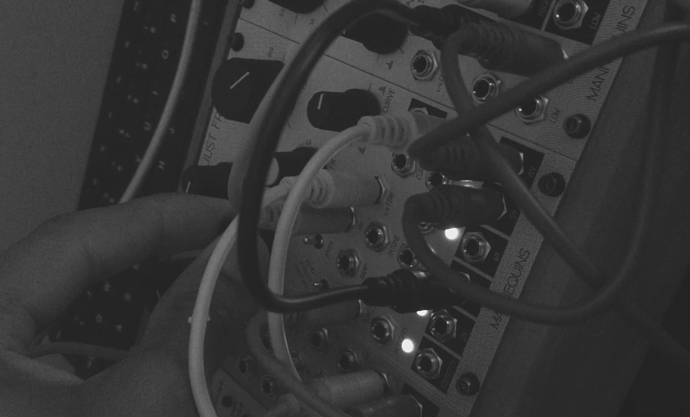 There’s an ‘intone’ joke in there somewhere, but I’m too lazy to work it out today!

an ambient modular experiment; a quick investigation of my new monome/modular setup.

i have a “5M” system now–monome, mannequins, mutable instruments, makenoise, musicthing–and wanted to see what it can do. melodies recorded into earthsea, slowed way down, play back almost as a surprise; notes cascading across fx modules and pedals. field recordings dropped into the radiomusic provide a real-world place and time. this setup is so much fun already. i’m sure i should expand with another oscillator and filter, but even this half-filled isms creates beautiful things. using the gear in this picture, i recorded this last night:

i wanted to get the drone parts of this piece into the latest @disquiet junto project 0240, but ran out of time. at least it works for the current weekly beats goal.

i’m keen to hear the sounds on my commute 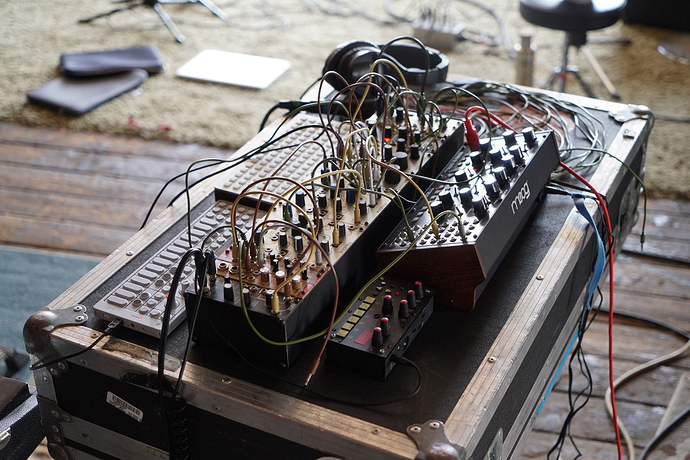 modular half of the rig (other side is rhodes & a laptop) for exc this weekend. 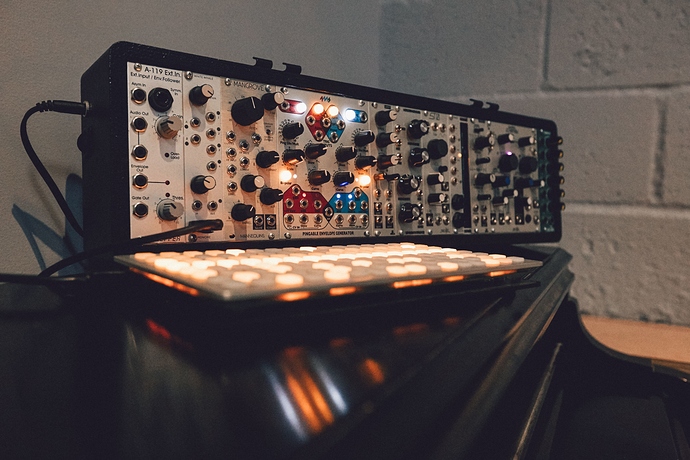 we had a photographer come by the studio the other day and make us look cooler then we are.