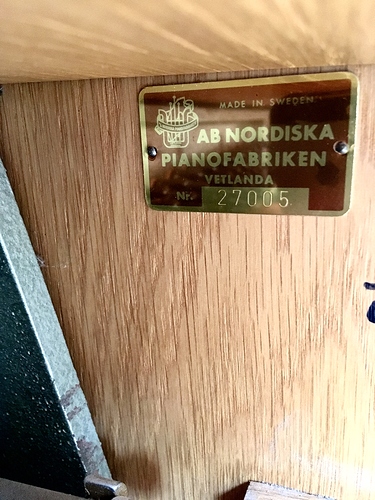 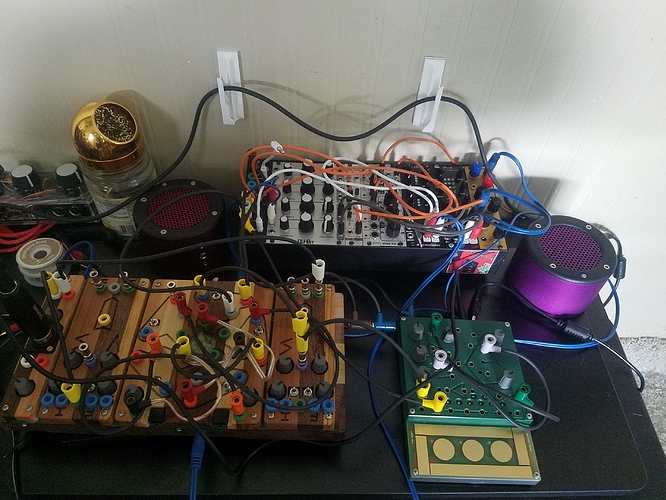 Would love to hear some samples of this setup! 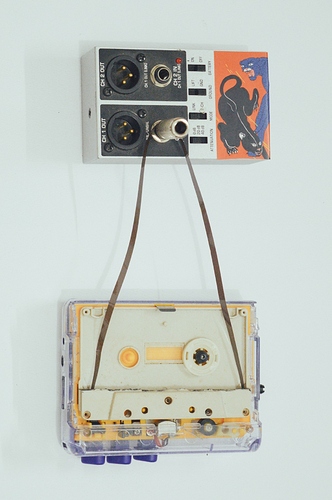 Finally got around to modifying one of my (3d printed) Novation Dicer snare mounts so it can hold a Teensy-based mini crossfader. 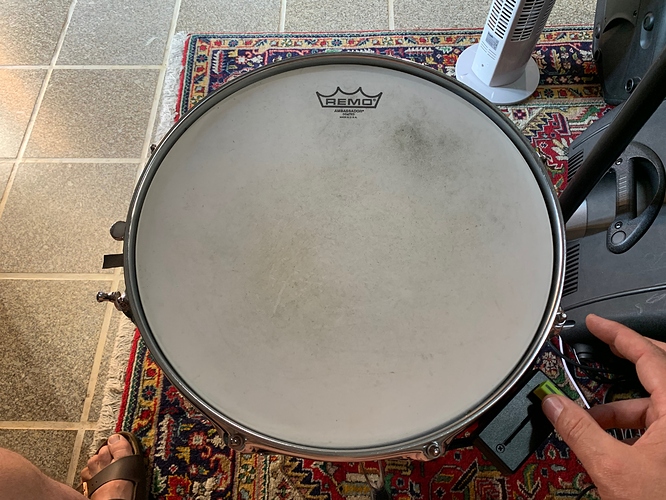 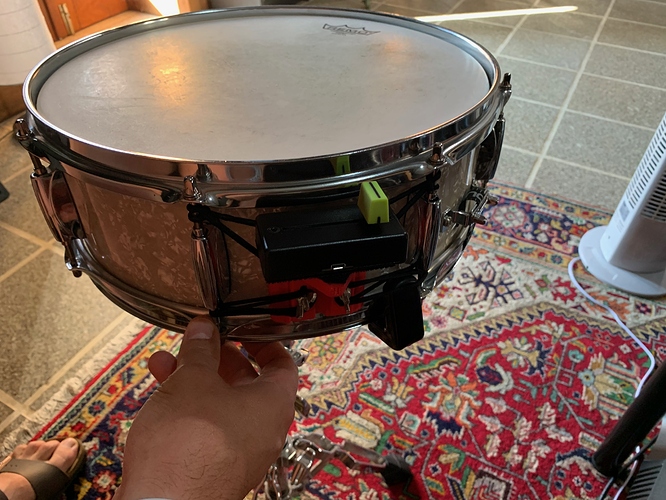 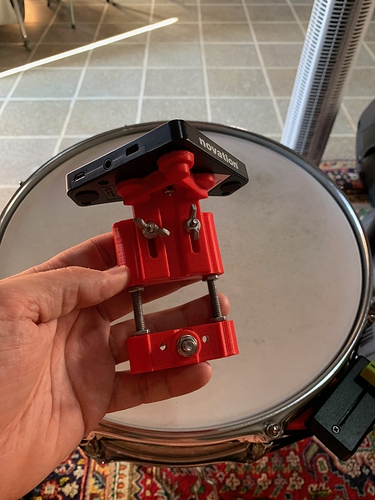 It’s something I’ve wanted to do for ages now, but I wanted to come up with a new design for the snare mount so the crossfader could fold down when not in use, but in testing this setup, it’s sufficiently out of the way that I don’t need to worry about it getting smacked around.

I need to dust off my crossfader/turntable chops as I haven’t really touched one since moving a whole bunch of times in the last couple of years, but the idea would be to combine some of the snare/feedback playing I’ve been doing (with my left hand), with some cutting/turntable techniques in my right hand. 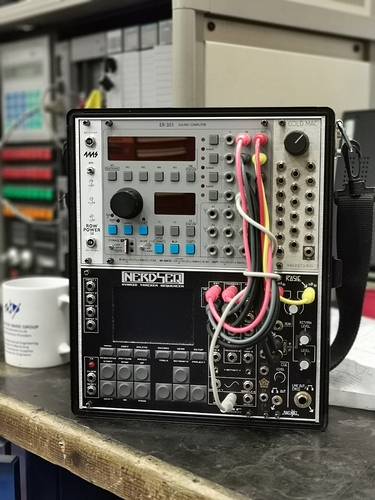 Currently waiting on a Teletype to swap out for the NerdSeq.

teletype plus just friends is 32 hp

but seriously im rlly into this setup/case - what do u plan for the new 14hp?

Exactly that combo haha. I had a Pam, JF and a Sisters in there but it’s forever changing.

Took the eurorack out for the 2nd time, Cementimental x Nosnibor live at the Victoria Dalston on friday. 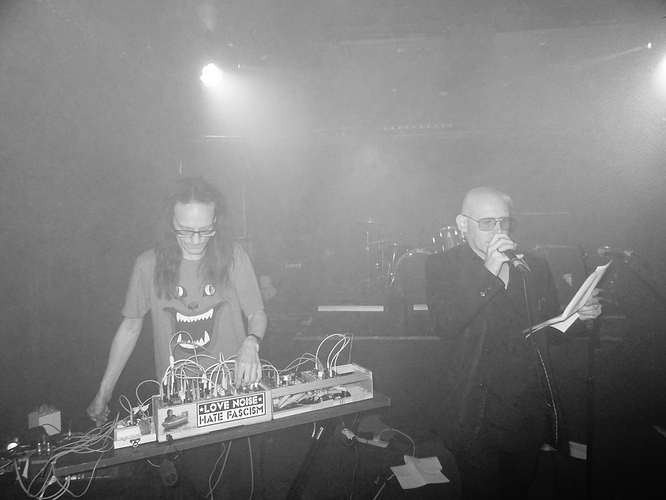 Thanks for posting this, what a great vid!

I’ve been lurking for a bit, and finally decided to join this great community. Here’s a recent shot of my rig — as always, it’s a work-in-progress… 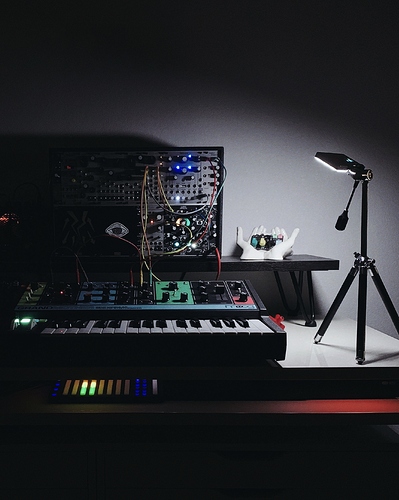 welcome !! love your lighting and set up

whats that lil thing in the hands?

That little gem is Purple Rain, from DigDugDIY…

Here’s a guitar loop running through it

Yeah that is really cool. Are they available or how do you get one?

DigDugDIY stuff sells out so fast. You can keep an eye on reverb, or follow them on socials — they always post when launching a new batch.

I was searching around for more info on the CX5M since discovering this piece from 1995 by Michael Parsons (founding member of the Scratch Orchestra and significant post-Cage English composer)—perhaps you and others might be interested… apologies in advance for commenting on a really old post.

Interesting, he actually used the 4op synth built in to the CX5m.

Morton Subotnick was also a user, but as a synth editor for his TX816 rather than as a sound source… 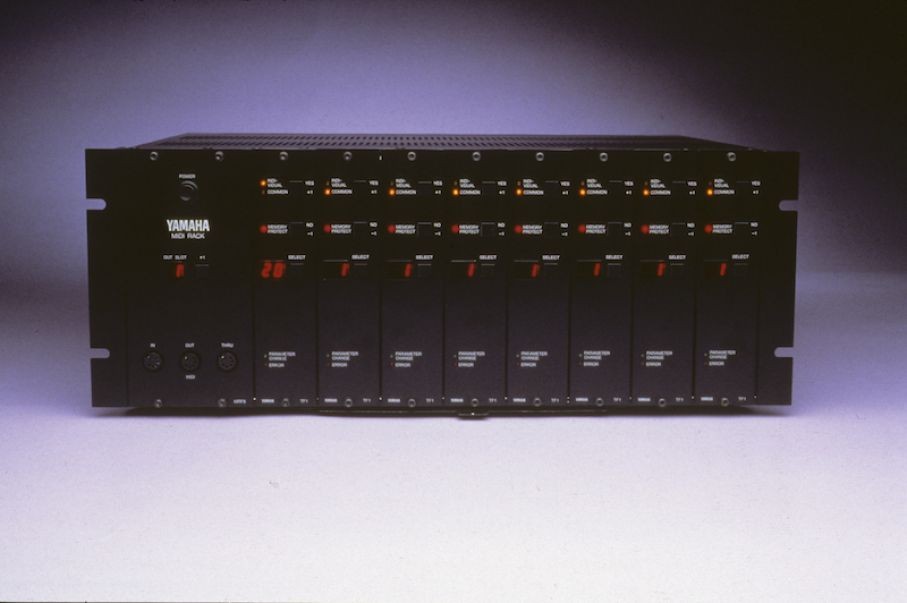