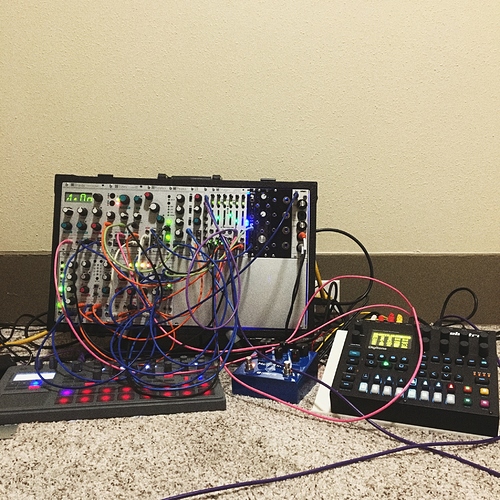 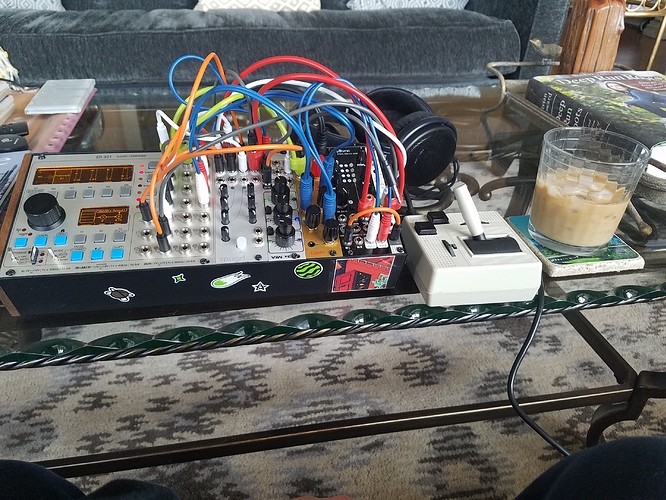 how are you interfacing the joystick? is it modded to send cv?

Its modified to pass cv (have to feed it an offset). These sticks have a db15 connector. Conveniently, db15 connector breakouts exist and are cheap on amazon. If folks are interested I can make a little thread with more deetz.

That’d be great, I’m curious too

Word, will do it within the coming week! 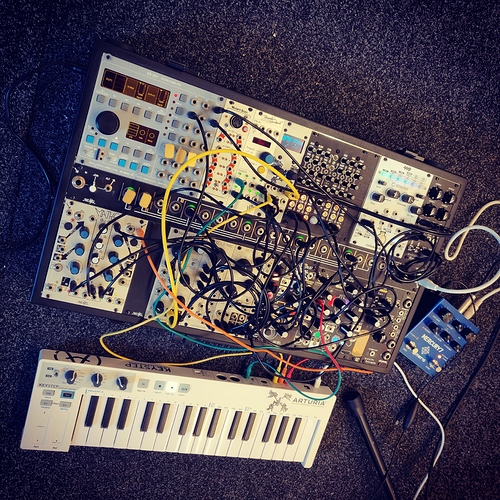 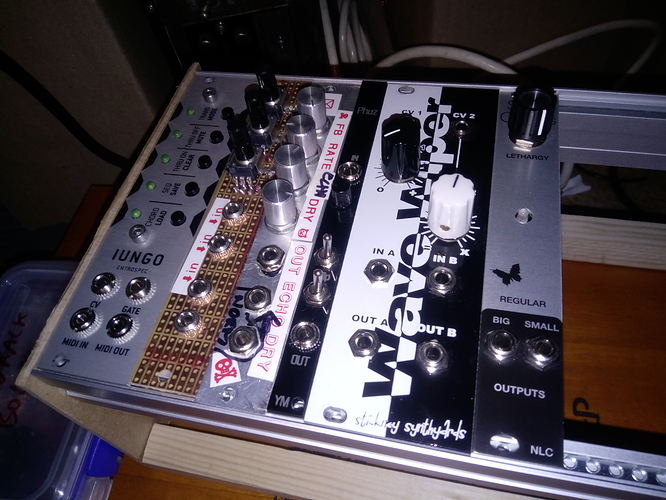 Weirdos waiting for unit 2 to get powered up

an entirely non-electronic instrument in the process of being built 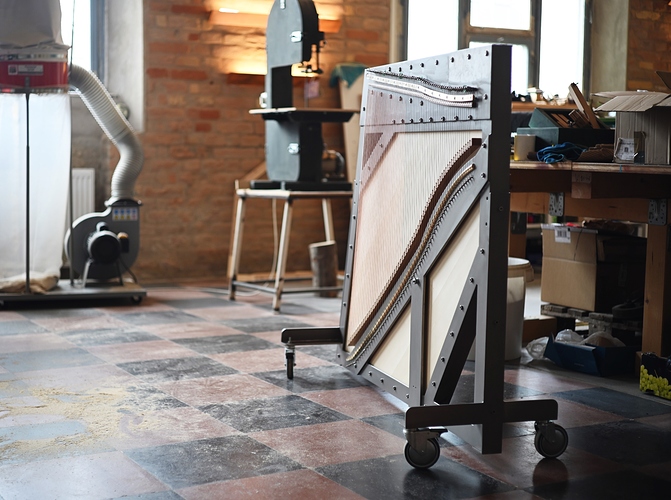 yes indeed. I’m spending some time just outside Budapest with David Klavins assisting with building pianos and testing out some new experiments.

A couple shots and the flier from my recent performance at Drone Camp 2 here in Austin, Texas. 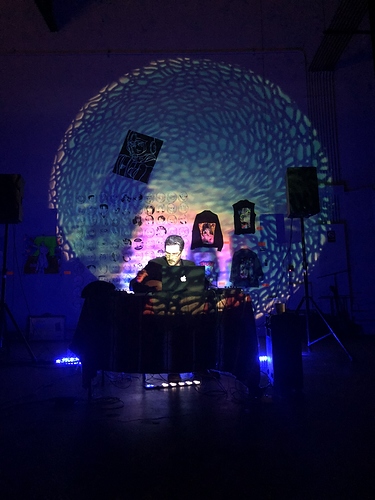 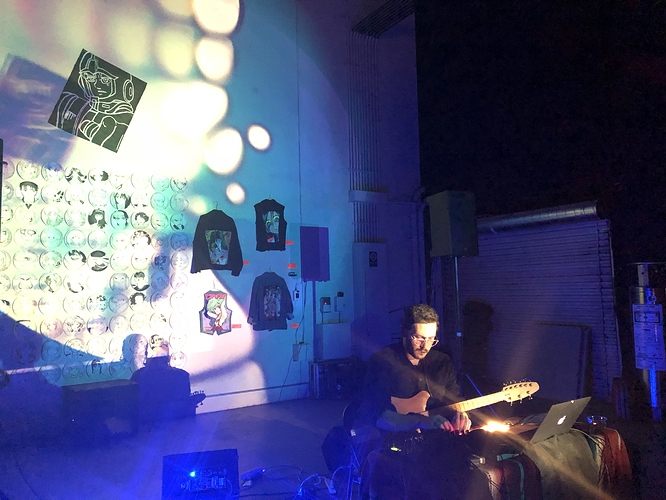 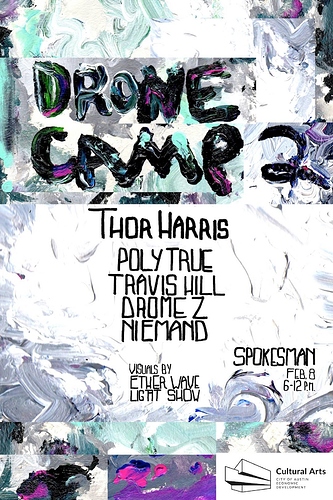 It was a really fantastic night and one of those shows where everyone seemed genuinely happy to be there—audience, organizers, and performers alike.

It was also only my second live outing using the monome grid in conjunction with grainfields in Max for Live. What a great combination those two are.

I’m hoping to release some edited recordings from my set and the practice sessions leading up to it.

A couple photos from my release show for Batch 0008 (Batch 0008 by New Tendencies on SM-LL). I performed with the same basic setup as I used on the album - 3 panel Serge, Hinton SwitchMix, OTO BIM and BAM, and a mixer.

I sat with my back to the audience so they could get a good view of what I’m doing, rather that staring at the back of my Serge boats.

The projection is a generative drawing I created in Processing and sometimes use as ambient visual/lighting when I perform. 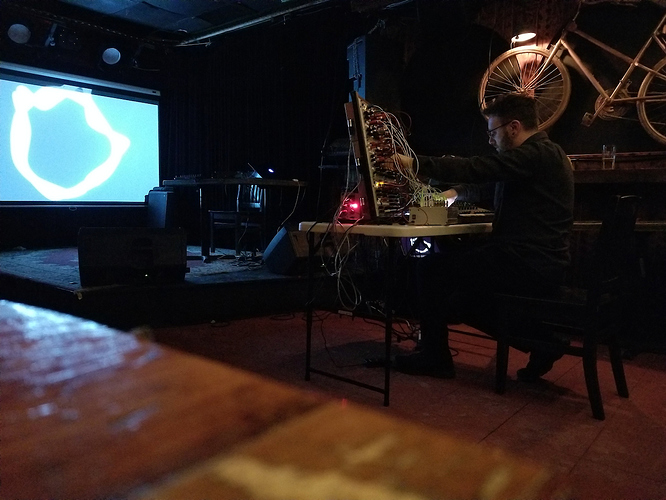 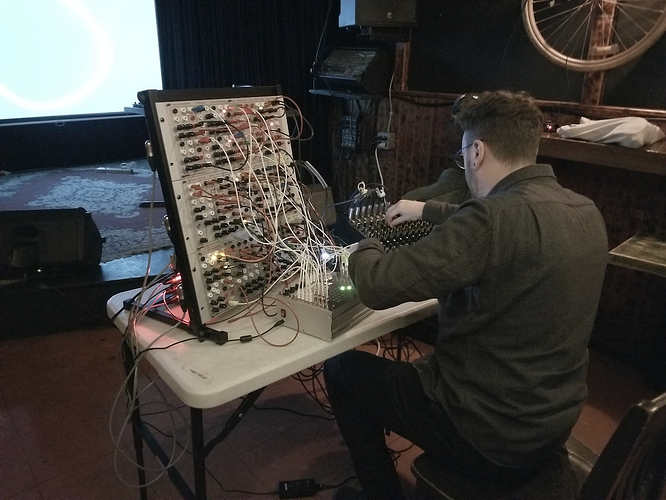 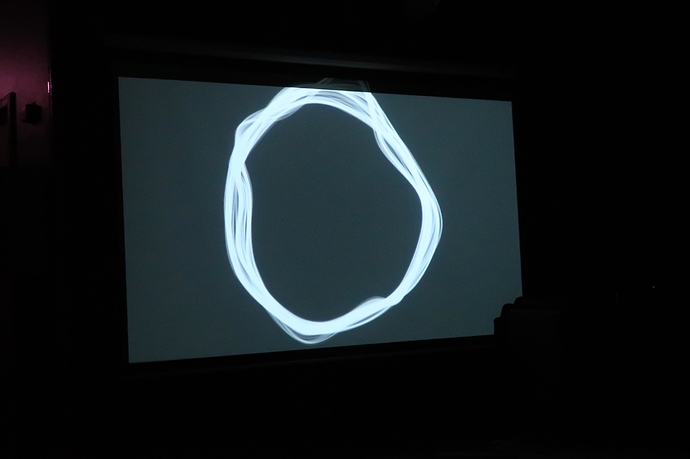 dreaming of the day i can order one 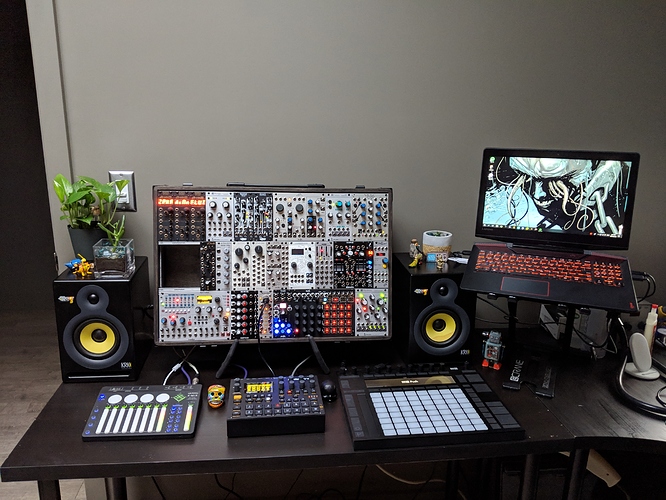 Nice. What operating system are you running?

looks great!! what’s the projection on the wall behind you? i’m always so curious about live visuals at concerts.

I’ve seen these headphones in a few photos, can I ask what they are? 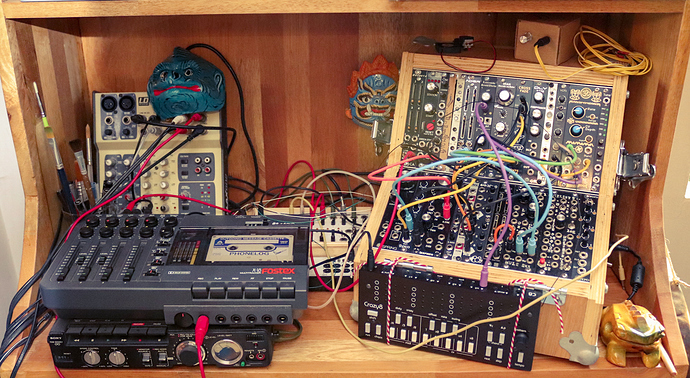 I’m of the opinion that a modular system on a piano is pretty much perfection.