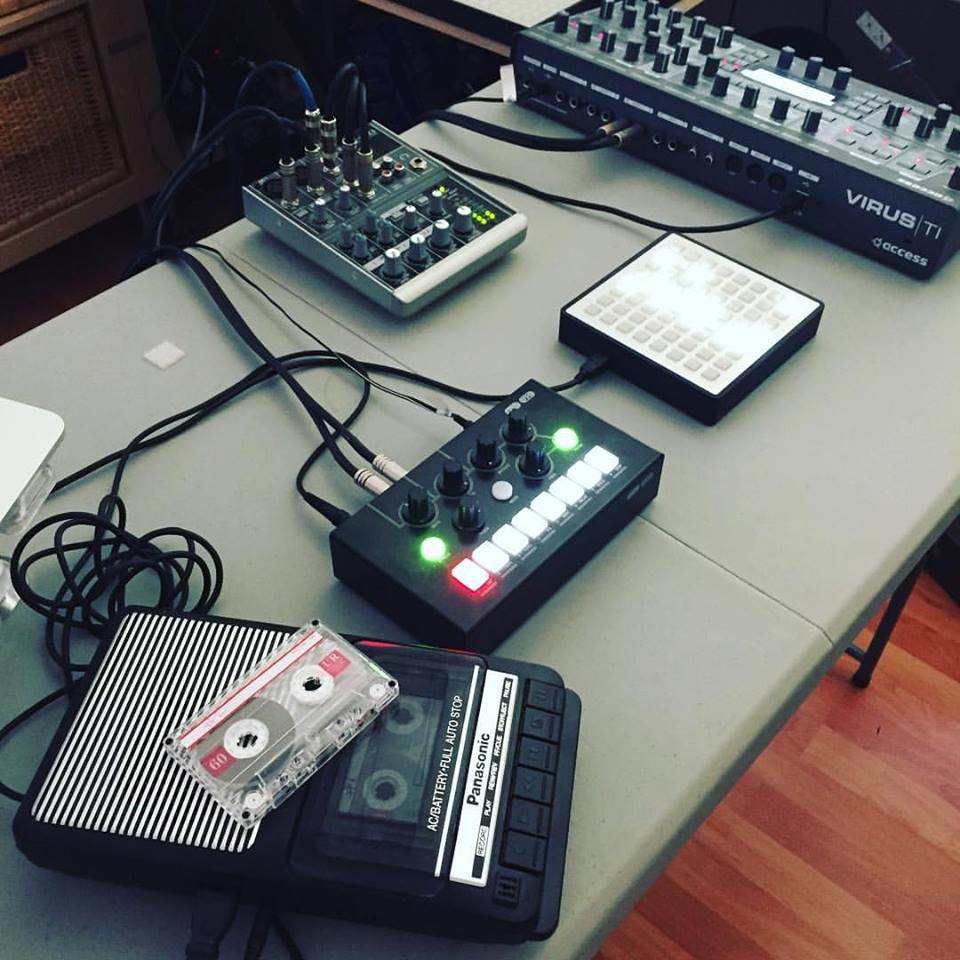 Just a simple DIY case on a stand i made out of plywood. I put the strip of wood between the rows so I can screw the rails straight into that and not thru the sides.

q: what’s the box in the middle?

also: love that tape recorder to death – have mine sitting prominent in my studio rn. are you just using it to record sets?

It’s an OTO Biscuit; a bitcrusher. I used the tape recorder/biscuit to make noises between songs (each song was a separate max patch), as people seem to get confused when there are pauses in an electronic music set. I also used it for a ‘tape fast forwarding’ solo during one song.

Those can’t possibly still be made…can they?

I used more or less the same recorders in the 70s for my language lessons, and other miscellaneous narration type things.

I bought it new in 2013 for $40. They still have the garbage motor noise, clunky controls and horrible sound quality you remember. I’ve used it in a variety of settings, including in songs for its weird qualities : https://soundcloud.com/toaster-1/bd_rkn

Funny, this deck, and the DIY analogue manipulation stuff I see floating around connected to synthesis reminds me of a weird device I built in college, built around one of thsoe decks which I’d dissassembled. I built a hand-cranked cassette drive, with the tape passing over the playback head, wired in to an amp, and a bunch of other stuff I can’t remember clearly. The visible aspect of the device was as much a part of it as its sound, using brass sheets, tubing, plexiglass sheet, etc. It got used in a few performances, alongside loops spliced together from recordings on some ancient modular in a lab I had access to.

I also took the circuit board out of one of those decks and soldered random leads to various places and connected it all in to the in/out chassis of a home-made guitar effect pedal…and ran whatever audio I pleased through it. Truly random results, with a couple pots hooked in. Probably lucky I didn’t electrocute myself in the process. An oscilliscope saw occasional use too…somehow.

a weird device I built in college, built around one of thsoe decks which I’d dissassembled. I built a hand-cranked cassette drive, with the tape passing over the playback head

that reminds me of this:

that reminds me of this:

Hah! That’s more or less exactly what I built, although mine was 10,000 times less elegant!

I should buy one…just 'cause.

tehn is selling one there : hc-tt 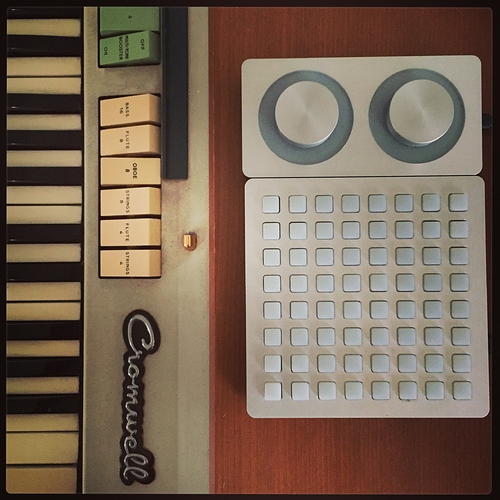 A few days ago. Grain storm + old half broken Farfisa.

Couple things I had ordered came in: 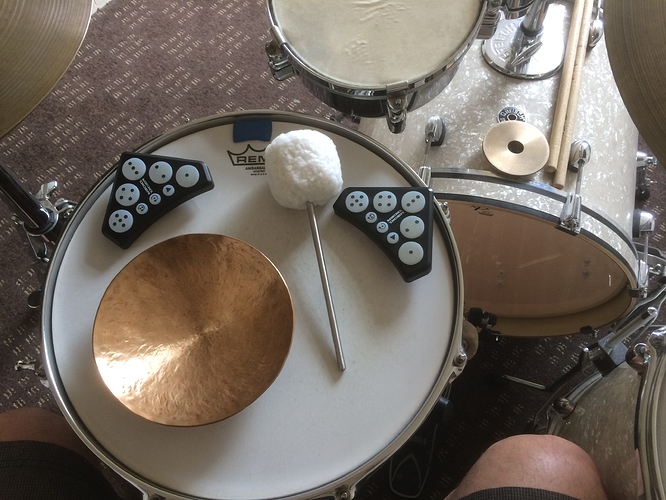 The Dicers were originally for use with my snare (will figure out some 3D printing thing to keep them in place against the hoop), but now that I’m getting a turntable, I’ll likely use one with that too!

you gotta hip me on percussion things to get when i come visit!!!

honestly your dexterity, strength, and motor coordination learned over years juggling should translate well to drumming

you gotta hip me on percussion things to get when i come visit!!!

Will do!
Really looking forward to it too! (though if we play together at the gig I’m thinking of doing banjo + electronics + lightbulbs, and if we do a separate video at home, then drums + electronics stuff)

honestly your dexterity, strength, and motor coordination learned over years juggling should translate well to drumming

I’m constantly surprised by this, even though I know it will happen! Just had a turntable lesson this weekend and it felt really good. Obviously a lot of things to adapt to (following the record around, and getting a feel for where it is at all times, and the crossfader ‘rhythm’), but I was able to get some reasonable sounding scratching going pretty quickly.

Close up of footswitch I’ve been working on, with a pixel sorting plugin I recently got. 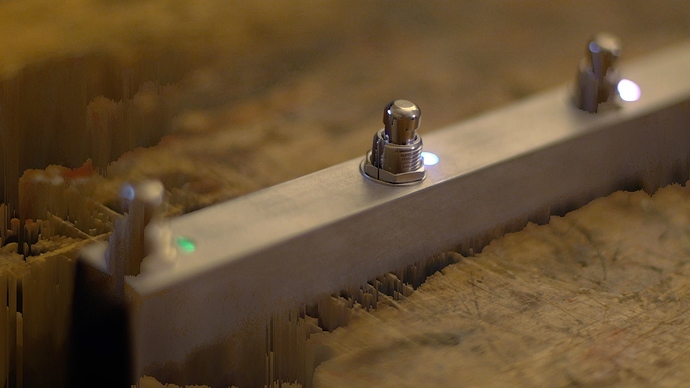 Spent some time on the weekend tidying it up and giving it some new strings. 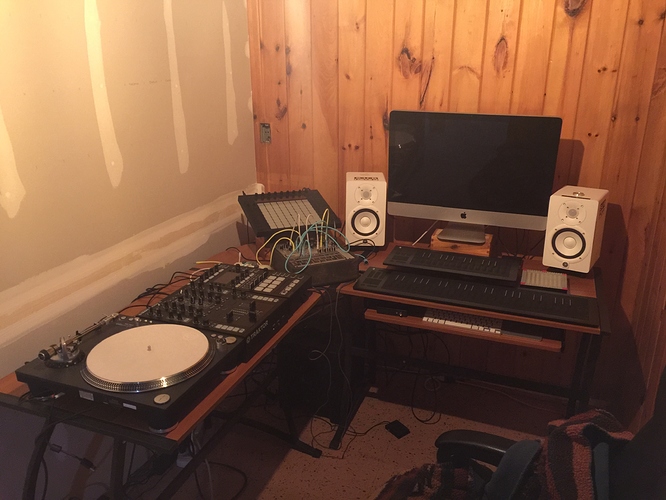