Curious what people think of this, it just went up on Kickstarter… 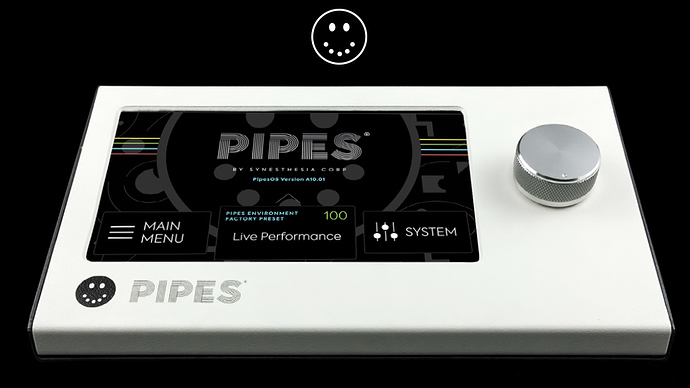 They look well on the way to meeting their kickstarter goal, then of course there’s the eternal Kickstarter question of whether/when they deliver (they’re aiming for about a year from now to start shipping), although they have shipped hardware before so it looks low-risk…

It seems similar to a Norns, but

This is all interesting to me because personally I am still hoping to get something in the class of a Monome Norns/Bela Salt/Axoloti/“Something Like This Pipes Thing”, but so far everything I find seems to have exactly three of the four features I want…

Seems cool except for the marketplace idea. Same reason I shy away from M4L.

No built-in rechargeable battery,
way larger than norns,
no community,
no environment (like norns studies) to help me learn programming.

personally the last thing i want on music instruments is a big touch screen. we already have those everywhere and they’re impossibly cheap, so why reinvent them?

Well, I’ve seen the video this morning while I was walking the dog (Boris) and it seemed to me that they presented it more as a sample player than something else (it’s got no ins, so it’s not a sampler). The price point of the Founders special edition is interesting, but is a sample player interesting? I don’t know.

No audio input is an absolute deal breaker for me tho

I agree with @tehn and @AlessandroBonino - It feels like I can already do this with my iPhone/iPad and a midi interface with more flexibility and lots of apps in their ecosystem. I’m not sure what this offers since it doesn’t have audio in.

To echo @tehn’s question to @mcc - What are the features you feel are generally missing from the existing options (like Norns, Bela, PiSound, etc)?

Not only is it a dealbreaker, it actually kinda baffles me regarding the ambitions of the device, if it’s just a touchscreen with a sound engine and the physical interface is just a big knob… then isn’t it just like selling a plugin in a box? This is so weird.

“curious to hear your four feature requests! personally the last thing i want on music instruments is a big touch screen. we already have those everywhere and they’re impossibly cheap, so why reinvent them?”

Re touchscreens— as someone who’s interesting in writing software I find touchscreens appealing because they are a way of easily fitting in arbitrary additional buttons or making ad hoc interfaces.

Anyway— @emenel/@tehn if i’m not getting away from the thread topic— here is what I want in an embedded sound computer:

Bela Salt:
Downsides: No screen, eurorack is not portable compared to the Norns
Possible fixes?: Plug in a phone via USB somehow, invent my own USB communication protocol between the Salt and a custom Android app I’d have to write to display stuff?? Unsure if this is realistic

Stemtera (I have this, it’s an arduino prepackaged in a breadboard):
Downsides: ADC is 8-bit, only 2KB RAM, onboard DAC requires you to wire in an RC filter by hand and I have so far failed at this. If I get around to figuring out where/how to get a DAC chip maybe this could act as a USB bridge and solve the CV problem with the Norns?!

Bela non-salt, RaspPi, Pisound: I am not sure how to proceed with these

Basically the Norns has a screen but no CV, and the Salt has CV but no screen… I think if I can’t figure out a cheaper/smaller option I am likely to get a Salt at some point.

Not only is it a dealbreaker, it actually kinda baffles me regarding the ambitions of the device, if it’s just a touchscreen with a sound engine and the physical interface is just a big knob… then isn’t it just like selling a plugin in a box? This is so weird.

I think the primary use case they are going for is fast/cheap access to sound libraries for keyboard players. Fast because they say you can switch without load times, cheap relative only to either a laptop or ipad (ignoring that these are multi-use devices) or some kind of big workstation keyboard, and cheap enough to not worry about it breaking in unruly venues. It gives the impression of being something more than just a sound bank device (with at least some user flexibility in mind, which is nice), but I don’t see it. Its longevity will depend on the quality of the libraries, but I wonder how likely big library producers are to take interest in it?

It’s definitely not for me, but then I don’t play keys in a bar or church or for a TV show, so I doubt they had me in mind when pitching it.

True, true, you and @glia are both right, this is actually a sampler in a box. so all in all, it IS an MPE supportive plugin in a box, which offers some benefits of a big config computer, by sacrifying most of the other features, and… well hopefully the benefits will outweight what’s lost in the deal ? I can see why you’d like a reliable sampler away from the computer in live situation to switch quickly between sound banks though but… yeah, if it’s just for that it actually feels a bit pricey for what it offers all things considered.

I’m not even bitching here or anything, I was geniunely surprised and confused by the device.

A sampler that can’t record samples does seem very strange to me. Especially since that strongly implies you are using a PC to load in samples. But they advertise this as giving you freedom from a PC…

I would be careful in calling this an embedded sound computer or comparing it to the likes of Norns/Organelle/Axoloti/Bela.

It’s frustrating that you really have to read between the lines to figure out what anything even does - the Kickstarter copy is curiously opaque on actual details - but it sounds like the “tweakers” - PureData patches - are only capable of manipulating MIDI triggering of samples, not the audio of the samples. I’m getting this from two pieces of information:

Is Pipes hardware proprietary or open source?
Both! There are 2 computers in Pipes. The audio engine is a proprietary device which is a closed system. The computer that powers the interface, handles MIDI input, and supports customization is a Raspberry Pi running Linux.

Sounds like the audio engine, and by extension the way samples are synthesized and processed, is off-limits. The way MIDI data is handled for triggering those samples, however, is able to be customized with PD patches.

Pipes comes pre-loaded with custom Tweakers which allow you to manipulate audio before it triggers. Advanced users can build their own custom Tweakers using the open source Pure Data visual programming language.

Further reinforced above - PD patches allow you to manipulate audio before it triggers, which is pretty unclear but seems to be an intended distinction from modifying/manipulating the audio signal path. No DSP or synthesis stuff here. No effects/processing stuff either, as far as I can tell.

I wouldn’t recommend buying this expecting it to be a PureData-based universe of possibility. As others said - it’s a compact sample player to take to gigs without worrying about your laptop breaking. I’m not sure who in this forum happens to be in the market for that, but there you go.

Are the outs on Norns not dc coupled? They looked to be relatively visualizable when plugged into my oscilloscope, but I have not tried to use for any sort of cv purpose yet.

I saw & heard the prototype at NAMM. See my capsule review on this very forum, here: Winter NAMM 2018 - Anaheim CA

Clearly from the KS video, it is still built with PurrData runing both the UI and the MIDI side. When I talked with the creator at NAMM, they were open to people having access to the PurrData side, but not the DSP guts. There is no mention of this on the KS page now, however.

I’ve got to say that the UI on this thing looks absolutely horrendous. I’ve seen some bad interface design in max/pd, but… I hope they get someone to get a proper UI on that thing before it goes to market.

To be honest, I kinda dug the retro 90s graphics, from what I saw in the vid. not what I expected to see.

This reminds me of, like, E-Mu ROMplers or something like that, except not rack-mounted, and with a 21st century spin.

I’m not kicking the retro vibes! but – looking one way and the how the interface functions are really different things. From what I could see (and granted it’s extremely limited & presumably this is a prototype UI) it just looked very rough to actually use.