I think my previous posting of this wasn’t thread-appropriate, or just barely. Anyway! Pipewire is still interesting to me, I still haven’t tried it out yet except for mundane stuff on a work computer. (And still works great for that.)

Pasting what I wrote below but I’m pretty excited about something from redhat/fedora (I mean, they have made a lot of lovely and stable/ongoingly-supported stuff for linux in the past, like probably all the stuff about gnome you like

Has anyone tried out pipewire yet? The fedora folks are working on new system and just shipped the audio part of it in 27. I actually have a fedora 27 desktop at work right now, but I haven’t done anything except play audio from firefox with it yet. (That works great though!)

(I just use ALSA w/o jack personally, but only because I don’t do any inter-application routing any more…)

And some context from the docs – these are all exciting goals:

The framework is used to build a modular daemon that can be configured to:

be a low-latency audio server with features like pulseaudio and/or jack
a video capture server that can manage hardware video capture devices and provide access to them
a central hub where video can be made available for other applications such as the gnome-shell screencast API.

Do you know if pipewire already does any realtime audio stuff like JACK? I believe the focus has mainly been on video, right?

They shipped the audio portion of it in the latest fedora ahead of any of the video stuff, I think at the moment the only released parts of pipewire are the audio components! I know it’s intended to do lots of wonderful realtime stuff, and from the stuff I’ve read they intend to support low level interfaces for developers to use as well – “graph based processing with support for feedback loops and atomic graph updates” seems like they have ticked the boxes i’m aware need ticking for that sort of thing

Um, but! Still I’ve only done basic day-to-day audio stuff with it personally so I can’t speak to any of that from experience yet. Okay well now I think I know what I’m going to try to fuck with tonight. :-p

Arch linux already has an offical package for pipewire – installing suggested I can install ffmpeg, libva and jack2 as deps which is interesting and makes me think pipewire may work WITH jack2 which would be amazing. 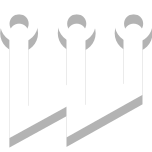 Multimedia processing graphs. Contribute to PipeWire/pipewire development by creating an account on GitHub.

And here is a ticket on the repo where two folks ask months apart about docs for the project: https://github.com/PipeWire/pipewire/issues/9

So yeah this seems early days haha. Was hoping for a bit more documentation up front honestly given that it’s a fedora project but I’m sure it’ll come…

Ah also some tidbits in a design txtfile in the repo:

The contents of the file PROTOCOL: 0 bytes

The file NEWS: the string PipeWire 0.1

There are a few examples though: https://github.com/PipeWire/pipewire/tree/master/src/examples

Oops, um I feel like an idiot. So I got to the end of that article and it said “video only for now!” and I swear I read the opposite when it was announced on LWN, but clearly I’m just an idiot. All this time I’ve been using my little default install of fedora at work thinking “gee audio works fine!” but it’s probably pulseaudio haha. Pulseaudio always was totally fine for that sort of thing. Anyway! Derp. I guess the audio layer ISN’T out, they shipped video first.

I’m still excited about it. :-p

The last time I looked Pipewire had ideas which were not yet implemented, including many audio features. I’m curious which problem it solves that JACK does not already solve.

From reading the speculative docs, it sounds like they want to cover Jack use cases and Pulseaudio use cases the same. So I’d guess/hope pipewire means to cover both.

More news on pipewire! Looks like they’re already making progress on the audio side of things. They’ve implemented the jack API on top of it, and are working on ALSA compatibility:

Well, finally something somewhat tangible on the sound side of things

Also, like @lazarello said, I’d be interested in what they are trying to do that JACK doesn’t already do? What’s the reason it exists and can/should replace JACK?

AFAIK no one working on pipewire has been in touch with any of the JACK devs, make of that what you will, but at the very least that’s a missed opportunity.

AFAIK no one working on pipewire has been in touch with any of the JACK devs, make of that what you will, but at the very least that’s a missed opportunity.

To play devil’s advocate, the situation with jack & jack2 existing side-by-side, and the process of starting a Jack server alongside whatever Jack-enabled applications are desired seems like a stumbling point for new users, so if pipewire is transparent to new users, but also supported Jack, that seems like a win-win.

Generally though, I think their major goal is a system that has tight integration between the video and audio layers? From the blog post:

Another important goal of PipeWire was to bring all Linux audio and video together, which means PipeWire needed to be as good or better replacement for Jack for the Pro-Audio usecase.

Is anyone running pipewire full time for audio? It seems to be getting along well, though still in development. I’m looking forward to trying it out…

Someone msgd this CPU usage chart to #lau yesterday, and I had yet once again managed to not turn my external DAC on before login to my [newly] JACK-first desktop, so I made the dive using the audio system drop-in packages on Arch Linux.

I had tried 9 months ago but it was too much pain, like moving to swaywm from i3 was several years ago, but things are apparently mostly working out ok now. Slight problem displaying CV ports, but I mentioned it in #lad and wtay and falkTX got on it. N.b. #pipewire on freenode is a very active channel atm.

Teething problem; everything currently autoconnects to a loopback output rather than my main DAC, but I’ve yet several PW related tabs to work through and further searches to do. Curious as to how the current session management system works. I have been using NSM/Agordejo for JACK wrangling.

Also wondering how far along the SPA plugin concept is and how it relates to or could relate to the functionality of LV2 and JACK (like metadata and CV).

In case anyone else is using pipewire with arch linux, and potentially had previously installed the pipewire-jack-dropin helper from the AUR – here’s the upgrade process that worked for me this morning:

If you try a system update and pacman complains that jack2 is in conflict with pipewire-jack you might need to remove the pipewire jack packages first, then reinstall.

On this final step, when pacman asks if it should remove jack2 because it is in conflict with pipewire-jack, say yes to remove it and use the pipewire jack support instead. I also had to uninstall jack2-dbus and a single program that depended on it which I never use… I can’t remember what, one of the many jack patchbays I think.

Anyway, that’s it – things seem to be working OK again for me after removing jack2 completely.

(Since switching to pipewire last year I’ve been quite enjoying the experience FWIW.)