just one more link to the long list of Monome inspired interfaces. Look at the oak housing of the aluminum grid and the colors… man it’s a shame they don’t even mention the monome grid:

@tehn: I wish they all payed you good money for creating the monome as inpiration. Well… you have our respect. 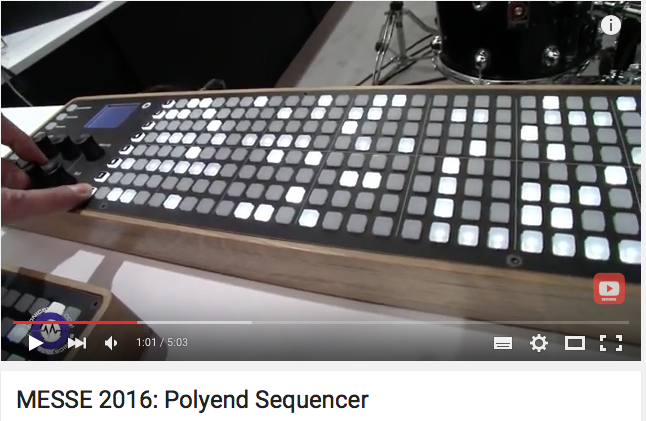 couldn’t find the shirt sadly, but this one posted from stretta is funny too 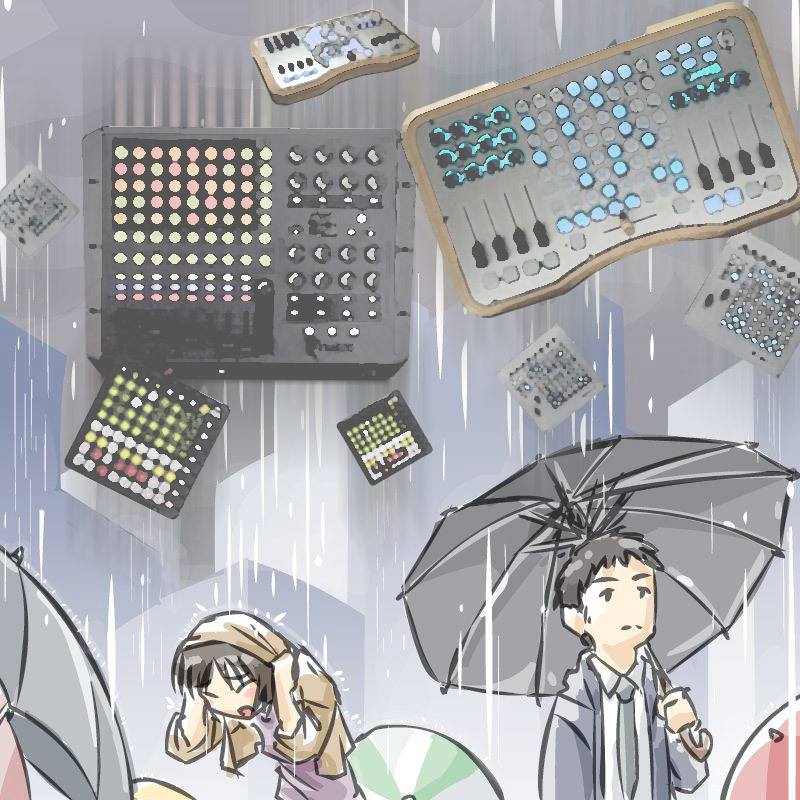 This actually looks like a very useful instrument. But dividing the grid up into little blocks - surely only sissies do that?

it’s a bit weird they are not taking advantage of the interface so much. so the buttons are just to program triggers and select the step to be edited by knobs? why not take advantage of the grid itself? especially considering they have extra buttons on the left that could be used to select a track and then take advantage of having the whole grid surface available for editing parameters with much better visual feedback.

I am very sad I missed out on the arc though. Trouble with the aftermarket is that availability of the item and my funds never seems to quite coincide.

i just saw this and my first impulse was to see what you folks thought.

Right now I am playing a grid + push2 but I have seriously considered a 2nd grid because its just such a blast to play there really isn’t anything else like it…
I can imagine running 1 for percussion/drums/sounds 1 for bass/leads/sounds especially with how musical and natural it is to play meadowphysics producing notes.

Does anyone play 2 grids?

I had a play-around with this over the weekend and was really impressed. Thinking about the sequencers I’ve used (and followed/read about) over the last few years, It was refreshing to use something laid out in a way that I didn’t have to refer to any documentation while using it, (I did watch the demo videos a bunch of times prior to getting it).

You can just sit down use it and it does the things that are written on it. Obviously there are limitations with this approach (plenty of features just don’t exist etc), but after spending this little bit of time with it, I really like it. I am hopeful that the software side will see development and refinement over time.

Cross posting this from the tracks thread:

Does anyone have any experience using the the Polyend Seq with the Expert Sleepers FH-2? The lack of configuration capability on Polyend’s Poly module is a bit of a limitation and it takes up a lot of rack space.

So according to Poly the Seq seems to be EOL and will be discontinued after a doing last batch this month.
I’m still interested in one though but unsure about the capabilities and unfixed bugs when used as the main seq for a small setup.

Anyone who is actively using the Seq for some time now willing to share their experience and pros/cons? Would be quite appreciated, thanks!