In the vein of Wireless speakers, what are your favorite portable speakers? Which ones have you tried and abandoned?

There are various comments around praising Minirig, like so:

seconding the minirig and the op-1. this has been my outdoor setup for quite a while. [image]

Anyone had experiences with more consumer-focused things, like the JBL Bluetooth speakers, or Bose? And/or the experience to compare these to the Minirigs?

edited to add, i’m mostly interested in finding a good travel speaker with line in that will fit well into a suitcase, and also carry well to the park (bluetooth for casual listening, wired for mobile music-making)

I have a Bose mini sound link which I love dearly. When I got it however, there wasn’t much in the way of competition. It makes an impression for sure though as I know several people who have picked one up after hearing mine (the mk ii whereas mine is the original)

All that said, it doesn’t boast stats close the the minirig and I feel is only really useful for casual music listening. The market has so many options since it came out I am sure it has been superseded in value and performance.

I love the size, battery life (which is short by today’s standards but still amazes me at 8.5 hours ish), sound quality.

Hate the bluetooth pickyness, mine is an earlier version of bluetooth and I sometimes have a nightmare getting it to connect.

I just got a Sony XB31 a couple months back on credit card points and it sounds so good that I just got another for my actual studio to check mixes. I love it. Bluetooth and aux in. I’d recommend.

I have been using a minirig for a few years and its been solid. The battery seems to last forever and the size it great. It’s more expensive than other speakers and doesn’t have much bass without a sub, but if you need something super portable the minirig is a great choice.

If you don’t mind a boombox sized speaker the Harmon Kardon Go + Play is pretty good. Mine is an older refurb unit but no problems so far. I use it over the minirig unless I’m out traveling light.

i can wholeheartedly recommend the beoplay a1 as the single best portable speaker i’ve ever heard.

moderately long battery life, fantastic form factor, water and dust resistance, both bluetooth and 3.5mm input, and above all else, sound quality downright unheard of in its size range.

absolutely spectacular for everything from pop to classical to modular.

The XB stands for extra bass which I turn off as it’s too much bass but this thing fills a room and sounds equally great for all genres. It also has a usb out for charging so you could theoretically use it as a battery pack for the norns while jammin’! I run a recording studio and have always been skeptical of these speakers but I heard this one and was impressed and since having one am only more impressed. Battery life seems decent to me. I have nothing to compare it with. It lasts pretty much all day when I’m playing music. Anyhoo…

This looks nice! Was never into B&O stuff until the BeoPlay headphones came along and I am now on my 2nd pair of those and they are incredible. This looks like it might be pretty damn nice too.

Nothing fancy (and note they are mono), but Ikea’s Eneby line of Wireless speakers are good value. 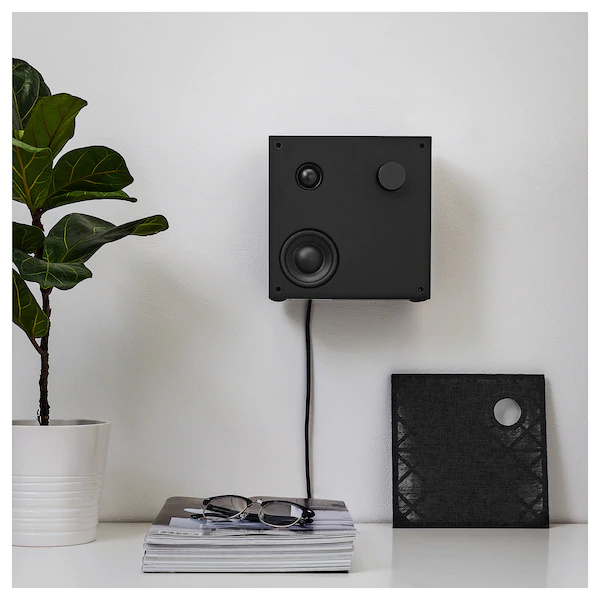 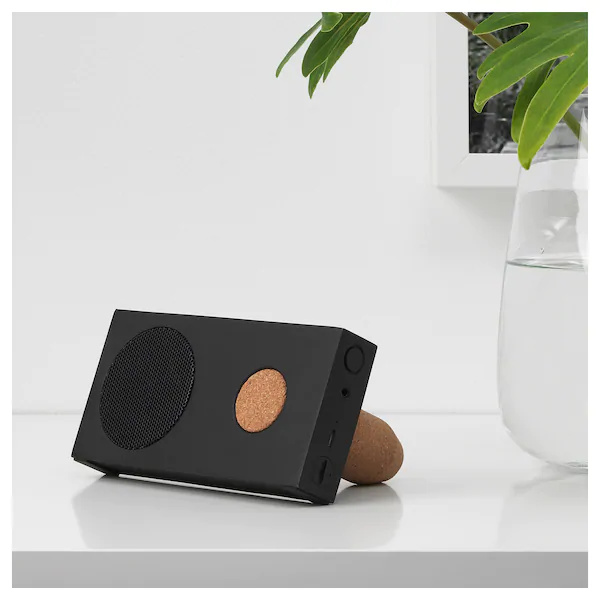 I have a couple of Cambridge Audio OontZ Angle 3 Ultra speakers that overachieve: 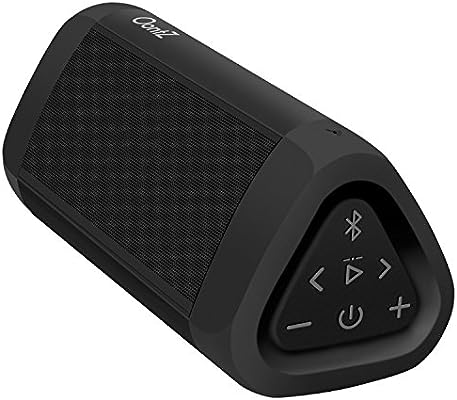 They try a little too hard to reproduce low bass but otherwise there is little to complain about considering the size & price.

i have this thing. works great in all kinds of situations! can use the attached bungee to secure it to stuff. i use it in the shower, in bed, by the pool, throw it in my bag with the op1. holds charge for a long time. has a nice full sound but not overly bassy. 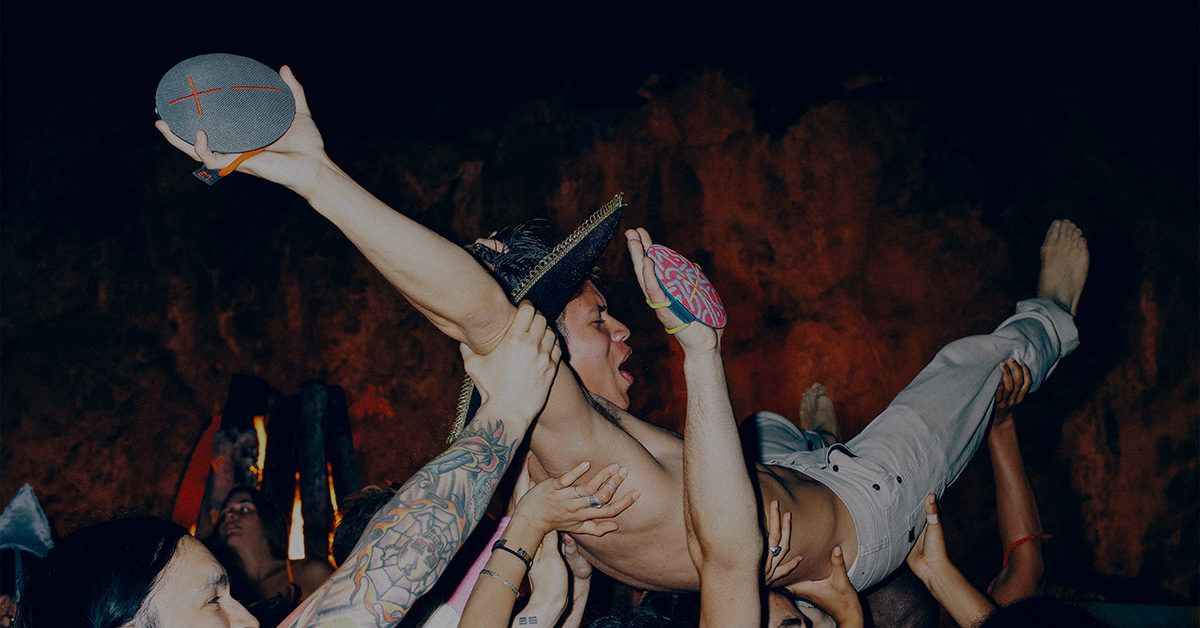 Wireless bluetooth speakers with amazing sound quality and an unbelieveable back up of 20 hours. Capable of connecting up to 8 devices. Big, bold sound. Rugged and waterproof.

can second this. the a1 is overpriced, but I found one used for a good deal and it has very impressive low-end response (I’m guessing it has a passive radiator I’m its base).

it does trades off rich and warm lows for slightly less clear mid-high, but the fuller overall response is worth it.

Just got a MINIRIG3 and it is great. Have been using it with Norns this morning in fact. 100hrs of battery! I also tried it out with some bass heavy stuff and it doesn’t pump out the bass, but it’s perfectly adequate if what you do isn’t bass heavy.

I have a pair of Minirig 3’s and they sound great! The Bluetooth functionality is pretty much garbage, unfortunately. Bluetooth works… but it has its limitations and often fails to pair for some unknown reason. Dealing with them as a wireless stereo pair has been even more nightmarish. With that said; they’re worth it just for the aux in’s and nice sound quality, so I’m keeping them.

One thing to consider is that while using one Minirig 3 to charge norns and simultaneously playing audio back from norns amplified by the same Minirig 3 creates a very audible and distracting ground loop. Thus, I should only use the speaker to charge norns when everything is powered off.

I don’t know if it is just me but… bluetooth can be a total pain in the arse regardless. Of the few things I frequently use, they all work ok when connecting to the thing I always connect them to, in the absence of any new devices. Trying to connect a new device or connect in a busy place after you have had your bluetooth switched off or whatever can often be an exercise in extreme frustration.

I’ll agree with that. I think that there are speakers with much more clever programming though, with respect to forgiving user error. The developers have recently admitted to me that the documentation needs to be updated. The Minirig 3’s work in Bluetooth mode… but only in the one specific way which they expect… Anything else straying from that causes one of about six distinct failures that I’ve noticed. One of them was oddly musical… like a re-pitching and delay of the second (right) channel. Another issue put the speakers in a seemingly irrecoverable state and I’d needed to factory reset them. The worst is the usual inability to access the settings from the app, since the speakers actually depend upon it in many ways.

One other plus of the minirig, which I haven’t tried yet, is that you could power Norns from the minirig battery, giving more life to the whole shebang.

I also have one of those ultimate ears roll speakers I got given as a gift- sounds pretty good to my ears for listening to music in the kitchen, certainly better than laptop speakers. I have never had a bluetooth ANYTHING that worked properly though so I stick to cables.

Now just a thought, or the part where I sound like the curmudgeon I am who would probably be saying the same things about transistor radios a couple generations ago… I highly suggest anyone to think twice about WHY they need such a set up (this goes for mobile modular stuff too) extensively. Your own back yard if you have one is one thing, but it seems more and more like people want to take their modular/gear everywhere- I want to jam on the couch while watching TV, I want to bring my modular camping, I want to go play in the park… change of location can be inspirational and maybe it is just me but I find I can usually transfer that inspiration back into the studio later and focus on my environment while I am in it. I find with louder cellphones I’m bombarded everywhere I go by people’s ridiculous noise pollution and can’t even find a place by the lake to sit where I don’t have at least two different cell phones or speakers making me listen to someone else’s whatever. I don’t care if its someone watching youtube videos or someone making ambient modular music, nobody else around you asked for it. Music/noise pollution was bad enough that you have to hear trash every time you go into a grocery store just to get bread much less hear streams of it coming from everywhere all the time. In some situations, sure its nice but I really can’t understand this constant need to bring gear or your own music everywhere in a way that everyone around has to deal with it, particularly outside. I’ve been reluctant to execute many outdoor installation ideas as well for this purpose - public space is occupied enough by everyone else and I don’t feel right adding to it unless under very particular circumstances. I take a lot of inspiration from being outdoors, and maybe it is just me but I find its often a better place to listen than anything else.

But how can you grow your instagram if your gear isn’t sitting in front of a canyon or a babbling brook?

This is a good point, I think… I’m not working with Eurorack, but I am interested in having a portable rig with me that I can use while traveling, even if it’s just in a hotel room.

Re: playing outside, where I live, there are a lot of people contributing to the “noise pollution” in various ways, sometimes just by playing music loudly enough in their apartment that you can hear it at the coffee shop down the street; I don’t feel self-conscious about contributing to that, nor do I feel like a portable speaker like one described here would make me the worst offender to someone who is sensitive to it.

I appreciate your take on it, but to me, this is also an aspect of being outside in public spaces and experiencing public life – by being out in public, you are subject to the whims of the public, of which you are a part, and may therefore also participate in. If you find it too loud, too chaotic, too noisy, this is a good motivation to escape the city in favor of somewhere more quiet.