This new eurorack module is similar but a redesigned and upgraded version of the Sonic Smith converter+ which I own.

I use the converter+ with guitar and it works pretty well with great feel however playing more than one note with this mono synth and audio to cv converter creates noise. 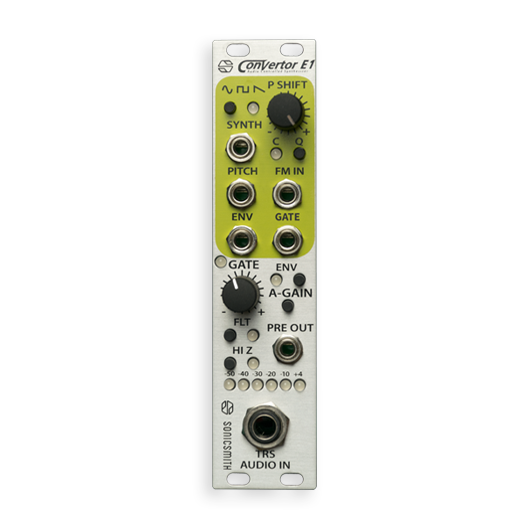 There is also a new companion module that allows you to input 6 of the converter E1 modules through a special cable and convert that signal to midi out. 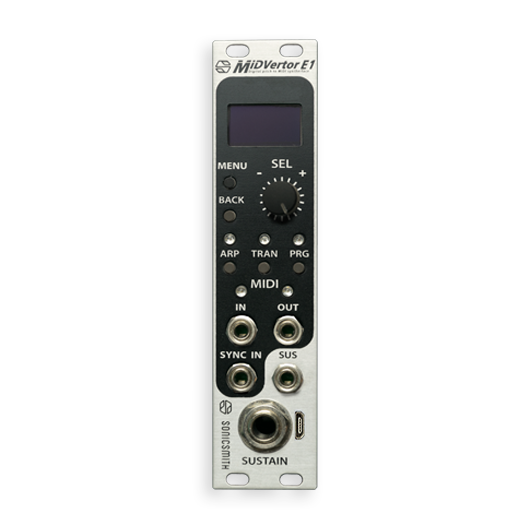 MIDVertor E1 Modular digital expansion module, musical mainframe. This 6HP Module can digitally translate data between a ConVertor E1’s pitch, ENV, gate, and can enhance the performance of a single ConVertor E1 by adding a sustain pedal to freeze...

I could not find a demo of these new products as of yet, but I have seen a demo of 6 sonicsmith Squaver P1+ modules, one assigned each string of the guitar using a hex pickup and breakout box, which creates an accurate and fast tracking polyphonic guitar synthesizer. The Squaver P1+ is similar to the now-discontinued converte+ module but with more features.

Here is that demo of poly synth guitar on post reply#57 along with further discussion on breakout boxes.

[quote=“Mangrove, post:470, topic:30429”]
Wow, I wonder what the market for these are.
[/quote] If the MidiVerter works, in conjunction with the converter E1, with flawless tracking, it would be a game changer for guitarists who are used to the tracking glitches of the current guitar pitch to midi converter systems.

For those not familiar with the old guitar pitch to midi converters.

A hex pickup, such as the Roland GK3 with 13 pin cable, sends 6 analog guitar signals from each separate string along with cv to a guitar synth which has a midi converter built in, like the Roland GR55. Besides the internal PCM tones, they can trigger external synths with midi control capabilities. But they are notorious for producing tracking error such as second harmonic note trigger as the note fades or false note triggers from fret noise or a slide to a different fret.

Currently the Fishman triple play is known to have the least amount of tracking error but IMO those system still feel like a disconnect between the guitar and the synth. (The FTP does the midi conversion at the guitar.)

To help avoid much of the tracking error problem, many guitar players have turned to non midi triggered polyphonic guitar systems which use the guitar string as an oscillator and for envelope information. These analog synth and guitar modeler systems include the VG8, VG88, VG99, GP10 and the current SY1000. From the VG99 on up, these units also include pitch to MIDI conversion systems in order to trigger external synth modules. I heard nothing that the DOD Rubberneck can’t do for less than half the price.
Aren’t the tech details a bit presumptuous?

What excites me here is cv control. Run this with a sequencer and you’ve got a very clock-stable (and more complex) Thermae for $300ish.

I’d also be interested to hear an engineer’s opinion on some of the tech language (specifically the higher headroom stuff). None of this is a knock on the Rubberneck, which is a fantastic pedal with its own pros and cons.

I feel like I’m over-posting in this thread. But also wanted to let you know that if you like reverb and motorized faders but do not like having $900, the Chase Bliss/Meris collab preorder just went live: 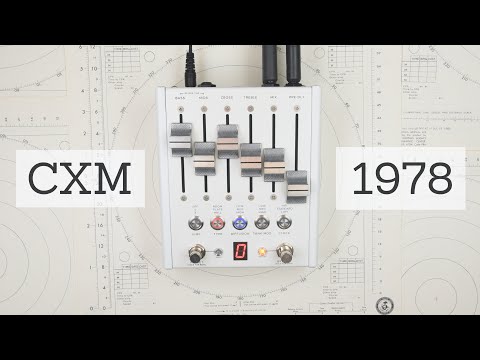 I don’t really know too much, but the ADG uses the xvive 3005 which is a pretty expensive chip. 17 dollars if you just want 1 here, tthe rubberneck uses the coolaudio 3205, which is about 6 dollars for the same quantity. Of course at any sort of scale, prices go down, but that’s probably part of it. The other big part is one is created by 2 people and 1 is from a massive multi-sector conglomerate hah

Of course I love the sound of the cheapest of the cheap, the PT2399, so I’m not saying that the price difference is worth it or anything.

I would probably buy this if it had regular knobs and not the automated sliders. Seems like a way of making the pedal significantly more expensive and does not feel as reliable or seems more likely to be something that could malfunction than just a knob.

I’ve thought the same thing many times about this line of pedals. Seems amazing on so many levels, but I also wonder about the additional points of failure in oder to accommodate what is ultimately a neat visual trick. Perhaps that’s overly reductive on my part. That being said, the CBA folks make amazing hardware and stand behind it 100%.

It sounds great - I don’t think it sounds $400 better than BAM great though.

Also the noise/hiss is kinda concerning?

It seems, to me, that the CXM78 is not aimed at the casual user. 900 bucks (nevermind tax and shipping) is a lot for any type of device, and especially for a reverb – a market where there are so many options. That includes the excellent (in my opinion) Mercury 7 from Meris. Chase Bliss appears to be drifting toward lifestyle brand territory. Not that there’s anything wrong with that. This product is a corner case. I hope they sell plenty, maybe the price will come down, but I doubt it.

I’m sure they’ll stand behind it, but I think it is more likely that this will have some kind of issue than any of their “normal” pedals. Also, what’s the price increase for what really is just an unnecessary feature? I mean the sliders are cool, but the automated sliders? It’s really just the automation that keeps me away from this, and I think that’s got to be at least $200 of this pedal.

Edited to say: also, I can’t imagine how annoyed I’d be to send the thing back because the automation isn’t working. Which I’d do simply because I paid so much for the pedal that I’d want it to work perfectly.

Well, nice controls and approach but definitely not 224 or PCM 70 level. Much like the Mercury 7, cleaner and modulation less inside the sound (which you can really hear on short material). 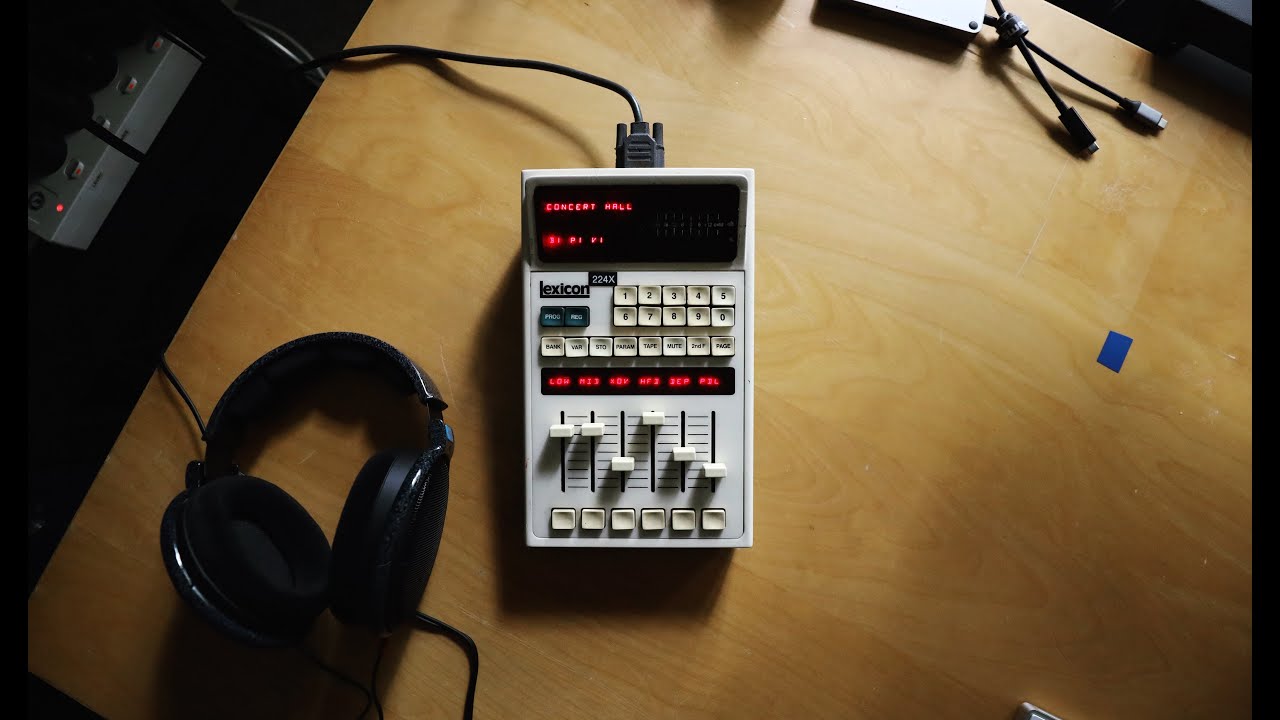 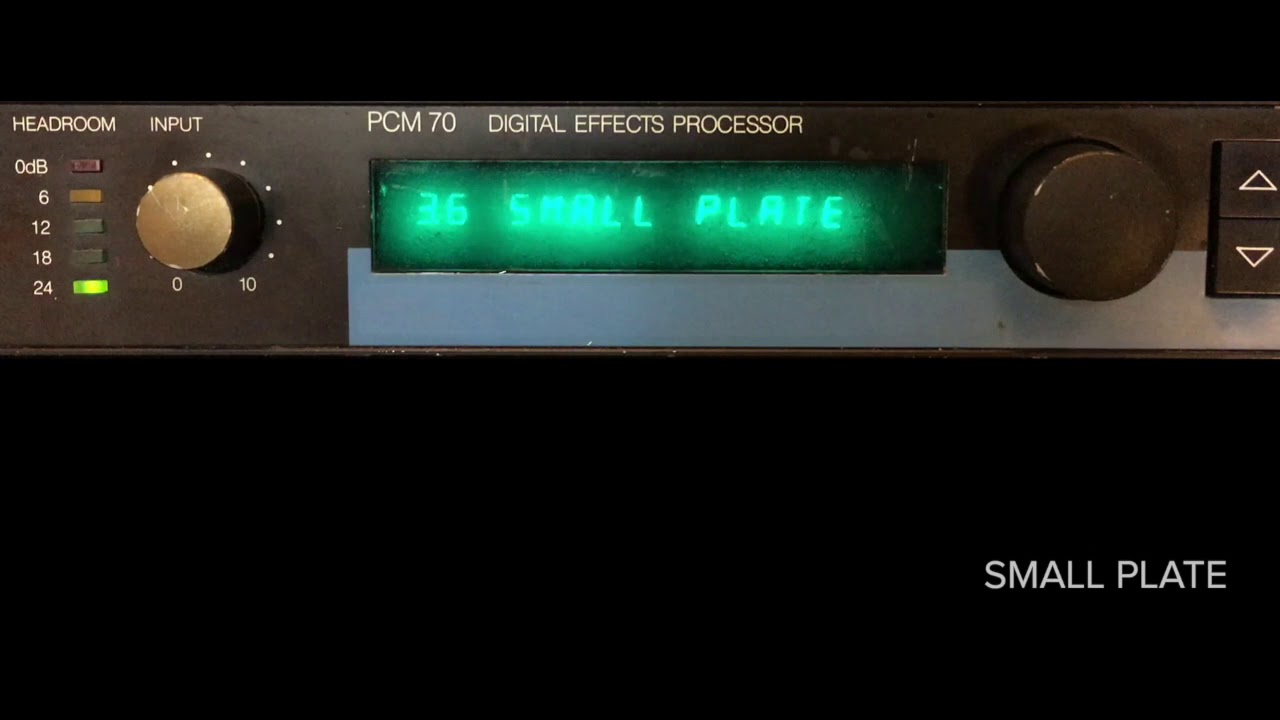 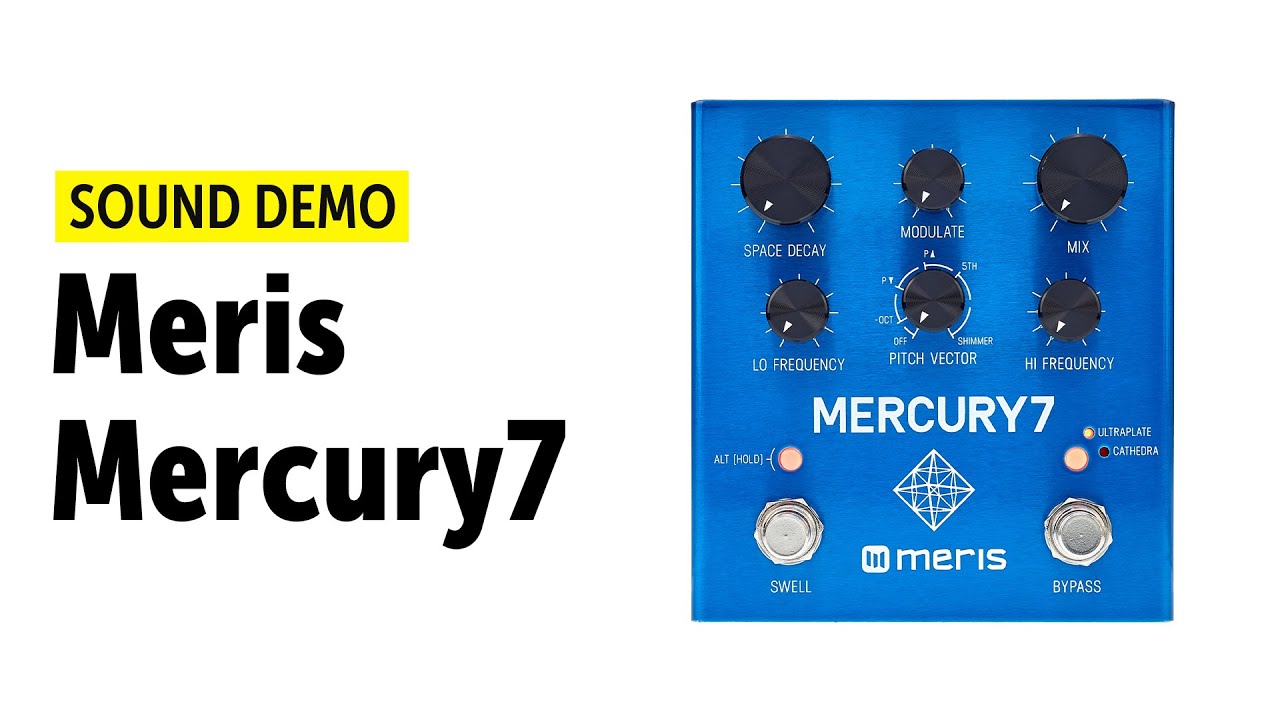 BAM has more character, but also doesn’t blend as well as the real Lexicons.
Getting closer, but David Griesinger still on top.

These are great videos. I personally had a reverb mini-crisis a couple months ago and had to just bus up a couple instances of Little Plate and move on with life. I don’t use reverb as a performance tool, so I’ve actually moved away from it in pedal form (for the most part, not entirely).

Ditto this. I have so many inbuilt reverb options (summit, clouds, mimeophon, magneto, and es9 to ableton). I also have not been using reverb as a performance tool and, when I want to, I’ve not been motivated to move beyond Valhalla vintage verb. I should say I’ve kept my avalanche run for guitar though…

Little Plate is pretty great. Only thing I don’t like is the built in default pre-delay (which sounds like more than an EMT 140), but generally you want pre-delay anyway, so not bad.

My favorite reverb plugins are the Eventide SP2016 (which I would kill for in pedal form as the room algo/position control is far superior for shorter reverbs to Space) and Relab’s offerings. U-he’s Protoverb has a resonance model similar in concept to a Quantec’s-- sounds very much inside the sound with a little filtering.

Those all sound much more melded than any reverb pedal, so far.

I really like the Mimeophon halo effect and the overall darker DSP. That’s the sound character - liquid and emanating from the inside - lacking in a pedal. Probably because that on-top ethereal sound is so popular after Big Sky. Personally, I hate it. Too overrepresent for arrangement.

I’d say BAM is the best overall desktop reverb, but as I said, close but no cigar.

I’m not personally interested in these re-issues, but it is satisfying to see Dave Smith making it and beating someone like Behringer to the punch.

Also the noise/hiss is kinda concerning? 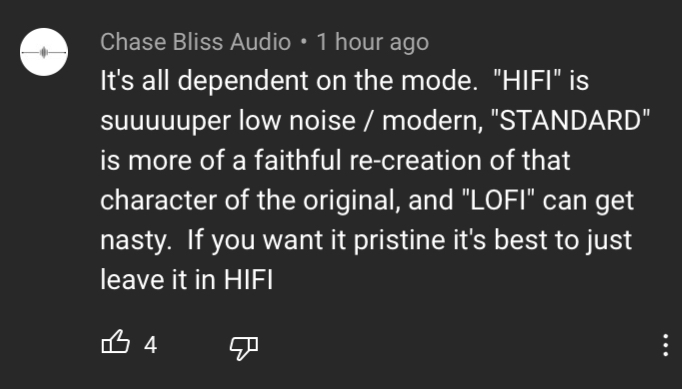 That makes sense, I guess I just expected ‘standard’ mode to be a lot less noisy than it seems to be in the demo.

If that’s the general noise level of “standard” that gets a bit of a yikes from me. I obviously don’t mind some noise but it just doesn’t sound great here, especially in the context of the price of this thing.