Processing by or mixing of natural sounds with synth/computer

Honestly, the processing by or mixing of natural sounds with synth/computer isn’t something I’ve heard done, in my opinion, very well that often. There’s lots of great pure field recording type stuff - Chris Watson would be an obvious example - but the combination of natural and synthetic is a different beast. The elements too often seem not to sit together well or the processing mangles the natural sounds so much as to be completely unrecognisable. What I’m thinking about is those natural sounds being obviously natural but being enhanced in some way.

Maybe I’ve been spoiled by this album which is by far the most impressive use of processed natural sounds I’ve ever heard.
Pond - Tod Dockstader and David Lee Myers. 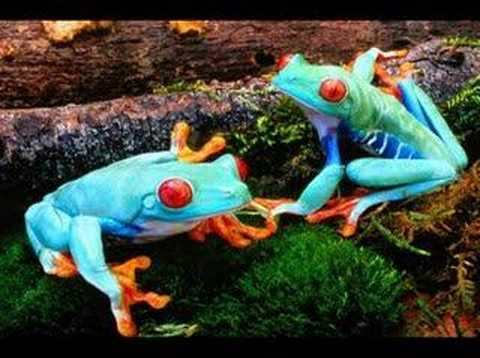 I guess some of Luc Ferrari’s work, which I usually quite like, fits into this category too.

now richard devine comes to mind.
and it’s worth checking the works of sound designers for soundtracks. (i’m thinking sci-fi for instance) where ‘natural sound’ are used out of context and are well mixed with other type of sounds.
as a side note : every recorded sound is a processed sound. then enhanced and mangled to sound right.
a step further : every heard sound is a processed sound.
ok i’m off topic.

Ok, not exactly What you are searching for but here is a project I worked on last year that could maybe interest you. It far from perfect but I still find the concept fun

“Ecosystem” is a project based on the concept of field recording. My purpose here was to create organic-sounding environnements using a small modular synth as only sound source. Several patches recording have been layered to achieve this goal, each one representing a part of those ecosystems and evolving freely but in correlation within the others.

not exactly what you’re searching for either, but worth sharing:

“Through a process of listening and speaking, African Feedback documents
an exchange between artist Alessandro Bosetti and residents of villages
throughout West Africa. Playing music by various experimental and
avant-garde composers to people met in villages, Bosetti records their
responses, asking them what they are hearing, and how they relate to the
music and sounds. Composing their responses, with field recordings made
throughout his travels, African Feedback is a musical portrait of
cultural translations, misunderstandings, different voices and
languages. Including an audio CD and the transcriptions of the listening
sessions, along with an introduction by the artist, African Feedback is
a beautiful and beguiling work cutting across the ongoing questions of
cultural difference.”

@infovore reminded us about a massive source of natural sounds today, in the Disquiet Junto Slack.

“In terms of speed and the breadth of material now accessible to anyone in the world, this is really revolutionary,” says audio curator Greg Budney, describing a major milestone just achieved by the Macaulay Library archive at the Cornell Lab of Ornithology. All archived analog recordings in the collection, going back to 1929, have now been digitized and can be heard at www.MacaulayLibrary.org

“This is one of the greatest research and conservation resources at the Cornell Lab,” said Budney. “And through its digitization we’ve swung the doors open on it in a way that wasn’t possible 10 or 20 years ago.”

It took archivists a dozen years to complete the monumental task. The collection contains nearly 150,000 digital audio recordings equaling more than 10 terabytes of data with a total run time of 7,513 hours. About 9,000 species are represented. There’s an emphasis on birds, but the collection also includes sounds of whales, elephants, frogs, primates and more.

“Our audio collection is the largest and the oldest in the world,” explained Macaulay Library director Mike Webster. “Now, it’s also the most accessible. We’re working to improve search functions and create tools people can use to collect recordings and upload them directly to the archive. Our goal is to make the Macaulay Library as useful as possible for the broadest audience possible.”

The recordings are used by researchers studying many questions, as well as by birders trying to fine-tune their sound ID skills. The recordings are also used in museum exhibits, movies and commercial products such as smartphone apps.

“Now that we’ve digitized the previously archived analog recordings, the archival team is focusing on new material from amateur and professional recordists from around the world to really, truly build the collection,” Budney said. “Plus, it’s just plain fun to listen to these sounds. Have you heard the sound of a walrus underwater? It’s an amazing sound."

I know tastes differ, but wow, so many records get this right for me:

Thanks you for all the replies everyone.
I’m a bit time challenged this week but will certainly be listening to everything and will have some more thought out thoughts once I have done so.

Aside: Not sure I’m really feeling that Atkinson/Cantu-Ledesma record, which surprises me.

I’d love to hear the mixing of natural sounds and synthetic sounds done well more often. Thanks for some interesting examples! My experience has been that the integration of concrete and synthesized sounds is fiendishly difficult to pull off.

When capturing sound with a microphone, even a close mic, you capture the sound of the whole space you are working in along with the direct sound. Indoors or outdoors. With instrumental recording, we depend on this because different frequency ranges radiate more strongly in some directions than others. Recording an instrument in an acoustically dead space, like a vocal booth, and adding artificial reverberation, doesn’t quite get you there.

Try as we might, we cannot really duplicate the spacial information of natural sound with artificial reverberation, so the sounds do not morph together so easily. My own attempts turned out about as convincingly as drawing on a photograph with a paint pen and expecting it to look like part of the photograph.

See this thread on muffs:
https://www.muffwiggler.com/forum/viewtopic.php?t=157448&highlight=

An old friend of mine, Justin Bennett is good at this kind of stuff. Sometimes his field recordings sound purely electronic and his processed ones sound natural… in my opinion anyways. Listen to
The Garden…

and also the Beirut Story EP also on soundcloud. And check out his group BMB CON who are bonkers and do live processing of natural sounds as well as build their own instruments and stuff. 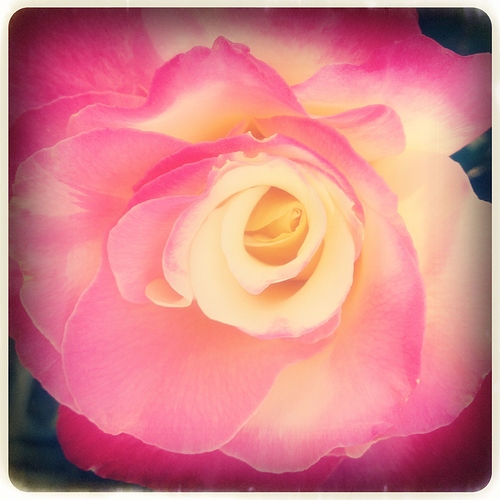