In 1972, paleontologists Niles Eldredge and Stephen Jay Gould presented a new theory in evolutionary biology they called “punctuated equilibrium.” The theory attempted to explain an inconsistency between how science then understood evolution to progress and what the fossil record showed: that, rather than a smooth, gradual, and ongoing transition of morphology from one species to the next and the next over time, many species appeared to be fairly stable for long periods and then new species would arise comparatively rapidly. These “punctuations” between species happen when part of a species is exposed to new evolutionary pressures (climate, predation, geographic isolation, etc.) and occur on geologic time scales – tens of thousands of years, versus equilibria of millions of years.

I was recently struck that punctuated equilibrium would make an interesting model for music making. Thus, I propose the following lcrp project: each contributor provides two samples representing “punctuation” and two of “equilibrium.” Upload samples by August 1, after which participants can download the collection and use it to create their work, submitted by September 23. All works are to be produced using only these samples. I imagined this as a remix project in part because the variety of ideas generated by this community reflects the variety of species and evolutionary pressures they experience: one never knows what will arise to drive change or how life will absorb it.

I suggest the following guidelines for composing: imagine what “equilibrium” means to you and what it might sound like. How might you convey sonically the feeling of stasis, of stability, of a dynamic balance? Remember species occur over time and across territory, manifested by countless individuals behaving in ways that vary widely on small scales but are collectively consistent. Similarly, consider what might a punctuative interruption of that equilibrium mean? Remember here that, although the “punctuation” is brief in comparison to the “equilibrium,” it’s not discontinuous – the Chicxulub impactor is not an example – but rather affects change over thousands of generations. Also consider where might it come from: is the catalyst for evolving to a new stasis something intrinsic to the “species,” something inherently unsustainable, or are outside forces acting upon it? What might those be and how might they sound?

Of course, this model invites relatively long forms, but I think length per se is not necessary; rather the critical concepts here are stability vs instability and a high ratio between them, exploring the way a dynamic but balanced process attempts to reestablish itself when disturbed, even if it’s not quite the same in the wake of the disturbance.

Summary of logistics:
Cloud drive upload location: https://drive.google.com/drive/folders/1rAHRwnr7oxU5AP9Ix8o-bF6yUdZ-lcoL?usp=sharing
Sample submission deadline: August 1, 2019 August 4 11:59pm (wherever you are)
Track submission deadline: September 23, 2019
Mastering and publishing will be handled by @jasonw22 and @papernoise, no timeline as such, just what it takes to make good art!

This project is complete. Find the final compilation here: https://lcrp.bandcamp.com/album/punctuated-equilibrium?from=embed

Very excited by this prompt, and thanks to you, @jasonw22, and @papernoise for leading the way on this one—very excited to see how it all turns out!

Thanks so much for the prompt @dnealelo, super excited!

Fascinating time-based prompt from @dnealelo, and thank you to @jasonw22 and @papernoise for helping to organise this project.

I’m leaving soon for a (music-less) month in England, so if I do manage to contribute something I’m sure it will be short and minimal.

@jlmitch5 did such a fantastic job on the last big LCRP project, and clearly spent countless hours getting things mixed beautifully. Looking back, was there anything that I could have done to have made things easier for you? Simple things like dB levels, not panning things too wide, etc.?

And, looking forward, do @jasonw22 and @papernoise have any requests? I’m asking because I’m not very good at recording and mixing, and I don’t want to make things harder for you guys (and, also, the other members of the remix project)…

This article does a great job of explaining how to leave headroom for mastering without dropping too close to the noise floor. 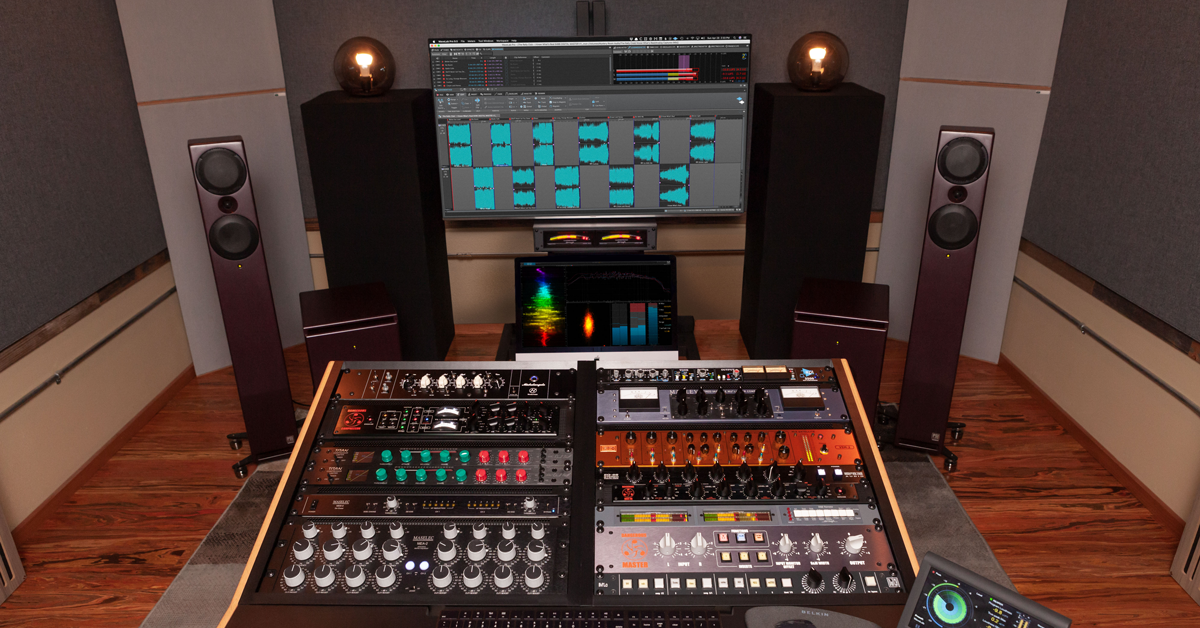 An article on the headroom of mixes for mastering.

And I should mention that while I will be mastering the finalized tracks for album cohesion, I will not be processing the submitted samples in any way. Using the above advice to get your levels right in your samples will make them more useful for your fellow remixers.

That article looks great - thank you very much

When I mastered the last one, some tracks were “softer” and some were more at a “finished” volume—and I think either is fine (and I wouldn’t expect people who have different processes and styles to submit exactly the same thing level-wise). My tip would be to get it to sound the most like you want it to you can, and try to lower the overall level enough so nothing has to be limited on the tracks you submit (unless that is a specific creative choice) (I don’t mean that limiting won’t be done after you submit, but if your mix isn’t cutting off peaks, that’s more to work with in mastering)

EDIT: that is a really good article @jasonw22 posted that I was trying to figure out how to say but failing, hah.

from one species to the next and the next over time, many species appeared to be fairly stable for long periods and then evolve into new species

I’m overly passionate about evolution. But just to make sure no one leaves with misconceptions about its process, I just want to clarify evolution is not so much about evolving into a new thing. New species arise as they branch out from a common ancestor for many of the reasons you mentioned above. So, less of evolving into, and more evolving from. Small and dumb distinction, but I’m overly pedantic

Fair point; I appreciate the distinction. I corrected the text above.

I will now sleep much easier tonight, thank you!

But in all seriousness, this is such a great idea. A confluence of two major interests of mine, music and science!

Intriguing premise! Keen to be involved

Just a little over a week left until the August 1st sample submission deadline.

Going to miss this. Forgot to send on samples, and now on vacation until August 9. Oh well, I’ll look forward to hearing the results all the same.

Gentle reminder: this is the last weekend before the sample deadline.

Posted! Phew – From mid-June to about a week ago, my studio was completely disassembled during a major move (consolidating three households). Finally was able to carve out time to push boxes aside and hookup the noisemaking machines. Looking forward to hearing everyone’s submissions.

Snuck my tracks in!

wasn’t able to get the samples I wanted to finished by the deadline this time unfortunately, but looking forward to hearing others tracks!

4 folks made the deadline, and we have 16 samples to work with.

What do folks think, are we good to go? Should we allow more time for gathering samples?

I think it could work either way, but wanted to take the temperature…

I have two thoughts, which are not mutually exclusive: allow more time for samples and, if we end up with a relatively intimate group of participants (say, six or fewer), it could be fun to see how we might all collaborate in one piece?

@dnealelo how much more time should we allow?