I’m thinking about getting 4x matched Clippy mics and wondered if anyone had any experience setting up a quad array of omni mics? Struggling to find much online as most setups seem to involve MS or Cardioid-based arrays.

My plan was to have two standard AB setups in a cross formation. Is anyone else using a similar setup, or are omnis just not that useful for surround ambience recording?

there is some talk about multichannel arrays (including omni) here: https://www.dpamicrophones.com/mic-university/immersive-sound-object-based-audio-and-microphones

I attended a virtual workshop by Tim Nielsen (sound designer/field recordist) not so long ago and he talked very favorably about using a setup with poles and omnis mounted at the end of each.
He recommended using these clamps: 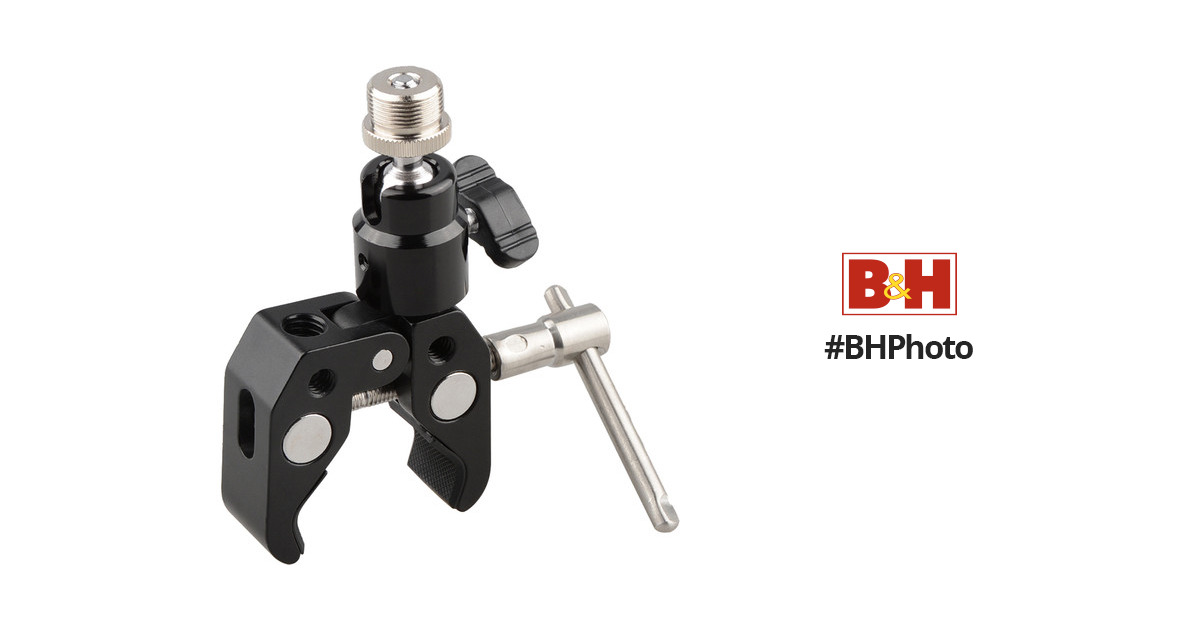 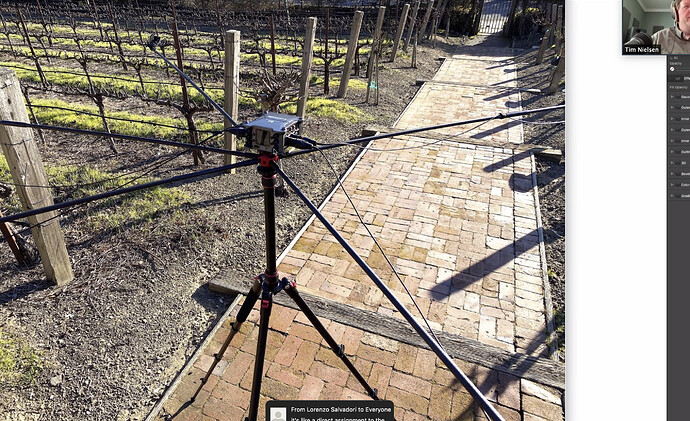 Thanks for the DPA link @ermina, very helpful. I’d come across quite a few of those techniques in my searches, but was struggling to find anything similar to the IRT Cross but with omnis.

@stephenvit, thanks for the pics. Looks very similar to the kind of setup I’d be using, even down to the F6! Although, I’d not planned on having anything with quite as big of a wingspan. I’d been planning for more of a 36cm-wide AB array, duplicated for the rears a similar distance (so c. 36cm square with capsules at each point). That may be too narrow for a proper image though.

Is it the goal of the recording process that the placement of the eventual amplification of this recording will be laid out in a similar pattern?
I’m mainly asking because I’ve found in my experience of creating multi-channel playback systems that there’s often a lot of experimentation and trial and error to getting the desired experience to the observer of the work. Does that make sense? Something like:
I thought I wanted people experiencing the piece to feel a sound circling around them only to find that you can only notice the effect when you stand in certain locations.

agreed that does look big - and I haven’t tried it but definitely trust Tim’s expertise and it likely sounds fantastic. Still, not an easy carry through the woods

@soysos My plan is to record these quad ambiences for my own (and others’) use in films as surround ambient beds.

Due to the Haas effect, the first arriving sounds seem to be the source direction of that sound. If you are not in the central sweet spot, the sound may seem to emanate from the direction of whichever speaker you are closest to. That’s why cinema has a center speaker, so dialogue will appear to be coming from the center of the screen no matter where you are sitting in the theater.

I believe that’s why Tim is using a widely spaced array. He’s also go 5 microphones on his rig, rather than 4, for that center speaker on the front, screen, wall. Emphasizing the timing differences between mics can help anchor directional cues.

Still on the fence as to whether to just go for a stereo AB and upmix to surround, or whether to go for the quad setup. Don’t really want to go for 5 mics just because of the added cost & footprint from having to have 5 of everything!

Why not an ambisonic mic, then encode to any arrangement you like?

If you get two figure-8 capable mics and a way to setup a blumlein bar with proper wind screening you can set L and R to the front, and flip the phase and L/R for the rears

Tim is always going for the best high end solutions, when he can. He’s experimented with dozens of different techniques and mic setups. He’s a big fan of MS, as am I. MS can be decoded to LCRS, but the S is only ambient. Adding another cardioid pointing rearward gives a hard center to the rear. That would require one figure 8 mic and two cardioid mics.

I think your idea of 4.0 with omnis is one great format for cinema ambience recording. It’s one I’ve been playing with more lately.

@_mark For cost/versatility reasons. The Clippy setup (or Lom Usi) would set me back c. £300 for the matched set of 4 omnis including wind protection. The quad omni setup would give me some great mics to potentially use either for quad & stereo ambiences, and would be useful to have as backups for music spots or as a stereo pair for music recording. Whilst the main purpose of these mics is going to be ambience recording, buying an ambisonic mic would mean it’s only really useful for the ambience side of things.

@zoundsabar I’m a big fan of MS too, but just trying to see if there are any quad setups where the 4x Clippys would work well. Do you have any pics of your quad omni setup?

Thanks for all the suggestions so far everyone. First time posting on the forum and it’s lovely to see it’s so active!

Hi @pbaumann. Here’s a shot of my unusual setup using 4 AudioMoth omni mic / recorder devices. Typically I space them farther apart than this. That’s been an area of experimentation for me. I want to see what an optimum spacing is for backgrounds (ambiences) for a film sound application. I’ve spaced them as far apart as 200 meters, but about 5 meters seems to give the spatial effects I’m looking for. It creates an enhanced but natural sounding spaciousness, due to the small delays between channels. 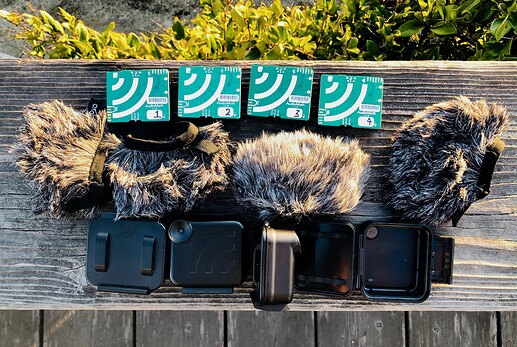 Here’s a case where I was recording at a beachfront house in quad, with the mics about a meter apart. 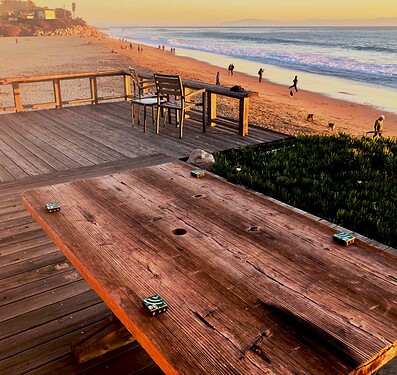 There was no wind or physical danger to the gear, so I put the raw AudioMoths out for this recording. They are very sensitive to the wind, though, so I’ve been happily using the little dead kittens to protect them. The watertight plastic cases are overkill for most uses, but I’m happy to have them on hand, if needed.

Sound Effects and Software by Tonsturm

I followed that link but don’t see a description of their Omni ambience setup.

Did you not find their AMBIENCE collections, which one of the libraries shows a photo of their rig using 5 x 8020??

With this library you get over 50 pure nature ambiences, recorded in discrete 5.0 surround and 2.0 Stereo, capturing the sounds of songbirds, day and night crickets, smooth sounding pine forest winds, frog choruses - all the beautiful soundscapes the... 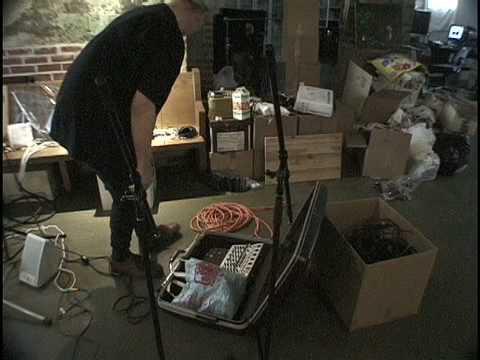 As far as I can tell they use the “WILLIAMS STAR” Surround Microphone Array along with (4) Sennheiser MKH 8020 omni capsules.

It’s worth looking at Mike Williams’s Multichannel Microphone Array Design site which covers a lot on multi-mic setups. Unfortunately, no specific info on quad recording yet.

@zoundsabar how do you synchronize the 4 AudioMoth? What do you think about their sound quality?

Thanks for the insight. I’ve never heard of the AudioMoth devices before, they look really interesting!