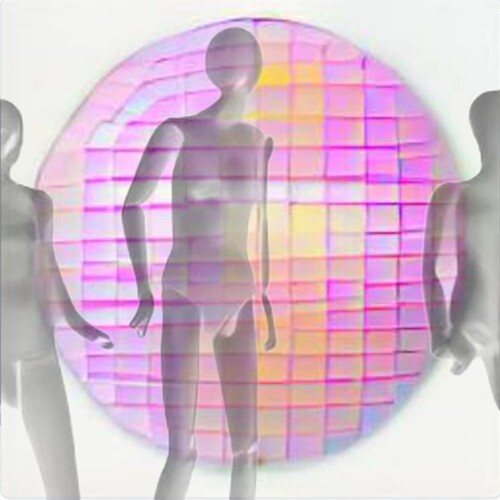 dance music for the end of straight time

supplemental reading is available, but not necessary
feel free to enjoy the ep in a state of aimless namelessness

so excited for this, Waxing Gibbous definitely one of my most listened to records. and that you made it 3.33, chef’s kiss.

Actually it’s my favorite number and my college gpa and the time my clock often says when I look at it randomly in the afternoon and part of my alias reversed (me.eee). EEE reversed = 333…

Anyway, I digress, but it is a beautiful price as well

Beautiful sounds on this, and I really love the theory, thank you for sharing this peek behind the curtain!

I really love the theory, thank you for sharing this peek behind the curtain!

i had the pleasure of being tangentially involved but did not know most of this at the time…wonderful notes @renegog and congrats on this release!

Still in the early listening stage, but a first sense is that this is very mellow and somewhat alien “dance” music…

I’m also getting some nice vibes reminiscent of @glia 's music, which I’ve been listening to a lot recently (gotta catch up!), so the fact that he is involved is a delightful +++ !

My reference to cyborgs owes everything to Donna Haraway’s A Cyborg Manifesto which (if you’re someone who gets inspiration from theory) feels eminently relevant to the project of electronic music to me.

Cyborg politics is the struggle for language and the struggle against perfect communication, against the one code that translates all meaning perfectly, the central dogma of phallogocentrism. That is why cyborg politics insist on noise and advocate pollution, rejoicing in the illegitimate fusions of animal and machine. These are the couplings which make Man and Woman so problematic, subverting the structure of desire, the force imagined to generate language and gender, and so subverting the structure and modes of reproduction of ‘Western’ identity, of nature and culture, of mirror and eye, slave and master, body and mind.

[There are so many wonderful sections, it was hard to pick a quote but this one reminded me of the sonic deviancy thread because of the reference to pollution

). It is both a metaphor which queers binaries and a literal description of our relationship to technology — a relationship which has been central to the philosophy and culture of electronic music, particularly techno and emergent forms of dance music.

and yes definitely glia’s work has been a huge influence on me, particularly the concentrics process thread in thinking about rhythm as something other than forward progression… José Esteban Muñoz referenced in the first post refers to “straight time” as the understanding of history and the passage of time through colonial-patriarchal-capitalist and otherwise hegemonic (wrt gender sex race) lenses. I think it’s interesting to think about that in relation to music and other time-based art forms (I’m in the process of completing a film where I was also thinking about this), but it’s not an easy fit necessarily — it’s not like there’s music that operates in straight time vs queer time. The ideas at play in the concentrics thread and the music that has come out of that approach is some of the most intriguing to me in terms of dealing with the matter of time in music… was part of why i asked for his help

whew u got me going ed, didn’t mean to go on this long

thanks everyone for your kind words, and for checking it out

and definitely @fourhoarder $3.33 always (or at least until I make a full length album I can sell for $6.66

Picked up for BC Friday