So after hackers stole a load of recordings from the OK Computer era and demanded cash to not release them (or not, see this Pitchfork article), Radiohead decided to release them with profits going to climate change campaigners.

The link to buy/download is here: https://radiohead.bandcamp.com/

I’ve never really paid much attention to Radiohead, but it was good of them to do this.

They’re one of the few really big bands I’d say any music lover should make sure to dive into at least a bit regardless of your musical interests. Looking back they were definitely the band that made me want to explore electronic music and certainly the first time I heard a modular synth was on Idioteque. Looking back on all the music I found for the first time just exploring their influences as a kid is pretty incredible. Boards of Canada, Kraftwerk, Charles Mingus, CAN, Brian Eno, Magazine, Aphex Twin, Arvo Pärt, The Smiths…I could keep going!

The other thing about this band that I love is how much they clearly genuinely love each other. You can see it on stage, and you can hear it in the music. A band lasting this long consistently making great music with all the original members from childhood is amazing to me. 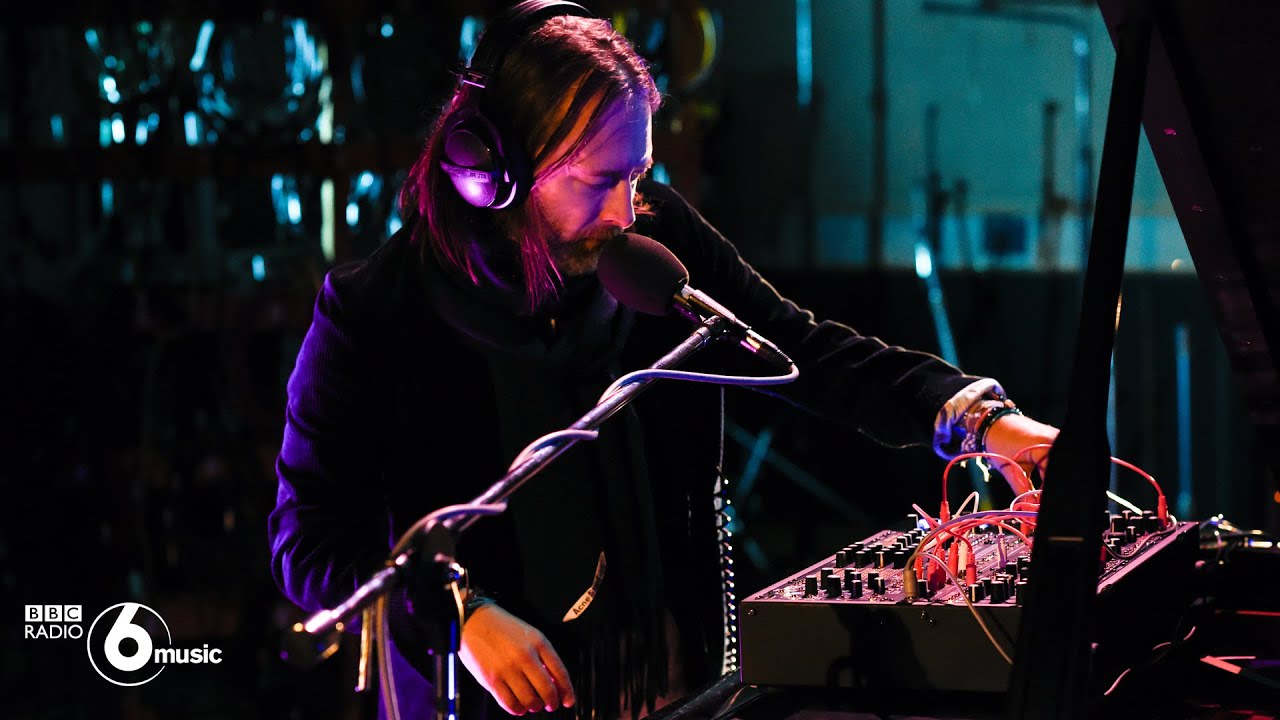 There’s an interesting True Love Waits 1/3 way through the first disk. It has a crazy fm synth arp part. They did spend a lot of time searching for the accompaniment for that song. Very interesting.

This reminded me of a podcast I enjoyed over the weekend: Jonny Greenwood on the influence of Olivier Messiaen, among others https://www.npr.org/sections/allsongs/2019/05/20/721148701/a-conversation-with-jonny-greenwood-on-chaos-and-the-element-of-surprise

That Bandcamp description is pretty hilarious and right on

if you want it, you can buy the whole lot here
18 minidisks for £18
the proceeds will go to Extinction Rebellion

Also pretty wild to look at the “selling right now” bit of bandcamp.com right now… so many Radiohead sales flying by

Thom ought to load portions of his Minidisks into the Morphagene and see what comes out.

Has anyone found or compiled a track listing for the discs?

I’ll be doing this for sure!

I just… have no interest in them? I literally cannot name one song of theirs.

I got into electronic music because my dad had a bunch of 8-tracks of Isao Tomita, Wendy Carlos, Synergy, Pink Floyd, the Close Encounters of the Third Kind soundtrack, etc. Once I was old enough to have any disposable income, it went to cassettes of Tomita, Jean-Michel Jarre, Tangerine Dream, and Kraftwerk… and then I stumbled into Skinny Puppy and everything changed

I’ve seen people claim they’re “the Beatles for Generation X” and, well, no, they were too late to that party. That dubious title probably goes to Nirvana. (Or perhaps NIN should get it, given the parallels between Sergeant Pepper’s huge emphasis on studio production, and Pretty Hate Machine being probably the first 100% home studio made hit record? Anyway.)

I’ve also seen people claim that one specific Radiohead appearance (on Saturday Night Live, I think?) was somehow singlehandedly responsible for the popularity of Eurorack, and again, that just strikes me as extreme hyperbole.

Anyway, I don’t want to turn this into “your favorite band sucks” at all – it’s more like they just don’t intersect my world. I mean, to me, The Cure’s Disintegration may have been the last good pop album ever made

I was hoping there’d be at least one recording of Follow Me Around on there… alas.

As many a mom has said to her pre-schoolers, “we do not yuck other people’s yums”

But yeah, hyperbole and idol worship suck. Pretty sure the Radiohead guys would agree.

I can’t really consider myself a Radiohead fan anymore. Between Thom Yorke’s public persona and the cult of personality around him (I’ve had multiple friends proclaim “Thom Yorke is God” over the years), my interest in their music has been steadily declining post-In Rainbows. I’ve got certain memories of people and moments in my life that will be forever linked to their music, but I rarely listen unless it pops up on film/TV or a playlist somewhere. At this point, I’d be much more interested in hearing Kid A and Amnesiac-era outtakes/demos/alt-versions/whatever if such things exist somewhere.

Anyway, I don’t want to turn this into “your favorite band sucks” at all

You are kind of doing this though?

Which would actually be fine (although one could argue that it’s not the topic of the thread to discuss the merits of Radiohead as The Band), but what rubs me the wrong way and motivated me to actually say something is that you are doing this, but you say that you’re not?

Which discourages discourse, right? It’s kind of like saying, “This is how I feel… but we’re not talking about it!” Shutting down the conversation before it starts, kind of thing.

Anyway, I’m not out here defending Radiohead; you like them or you don’t. Or, gasp!, some gray area in-between.

I seriously doubt I’d have touched a synthesizer if it weren’t for Everything In Its Right Place, so thank you Thom for that. His solo stuff recently has been so good, he continues to inspire me. Love that he’s started messing around with a Shared System.

Radiohead are my favorite band. Hands down no questions.

Pablo Honey was one of the first ‘proper’ albums I bought (ie. not Smash Hits or ‘Now Thats What I Call Music…

They’ve been with me for 20+ years. It feels like they’ve grown as I’ve grown and have continued to evolve… and for that I am so thankful. So yeah in short I love them

…But I would agree with Thom Yorke… this doesn’t seem very interesting to me (or after a quick listen/scan through). The majority of the tracks have been released as the band intended them. The ‘anthem that never was’ Lift is ok. I Promise is an amazing track but it’s already on the OK Computer reissue.True Love Waits is on the latest album (which is great) and beats any of the live recordings I’ve heard.

They really got interesting when Kid A came out. Let’s hear those minidisc’s! Half an hour of Jonny Greenwood messing about on his modular would be just fine by me

There’s definitely some miscommunication happening here, and I’m not sure where to start. Maybe restart, then?

I’m personally disconnected and baffled by recent (last couple of years, and especially the last couple of days) online posts proclaiming how important and influential Radiohead has been. Not to people individually – that’s exactly where the “not yucking anyone’s yum” comes in. Which I reiterate, I was not trying to do.

But I’ve seen claims that this band was supposed to have been broadly important to my whole generation, to electronic music, and to Eurorack especially. And that strikes me as really weird, because I have gone through my life without knowing anything at all about the band.

I fully admit (again) that this is probably partially an age thing, and partially that I am weird myself. I fell out of touch with pop in the early 90s when I started going down other rabbit holes instead – but some exposure to pop music, in shops and restaurants and online, is inevitable. I couldn’t avoid Carly Rae Jepsen, who I don’t think anyone has said is culturally signficant, but somehow I missed Radiohead – “the Beatles of Generation X” – entirely?

So that’s where I’m coming from. I neither like nor dislike the band; I am confused by the hype; I am glad some people find them inspiring; I am glad they’re donating the proceeds of this thing to charity; I’m not trying to shut down anyone’s conversations.

(…and also, some posts here have me wondering if I should at least give them a try, but it is difficult to put aside preexisting biases/assumptions )