A brief ‘Making Of’ vid: 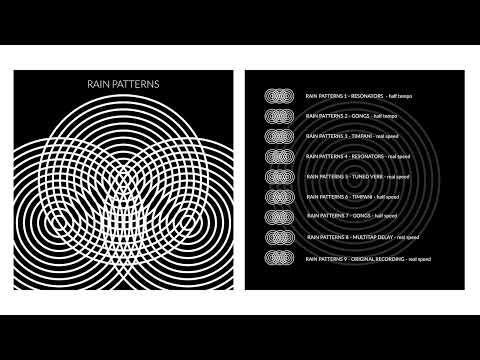 If you prefer streaming, here is a copy on SoundCloud 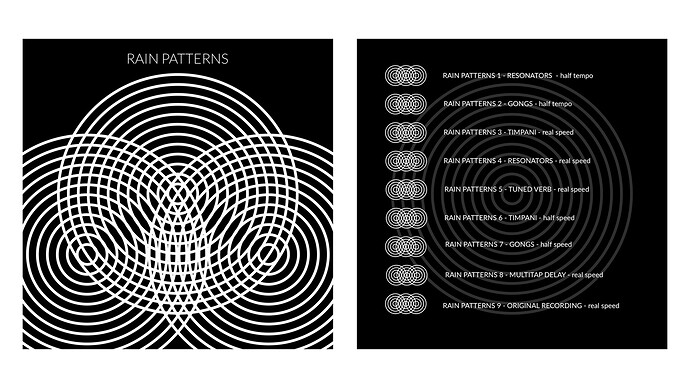 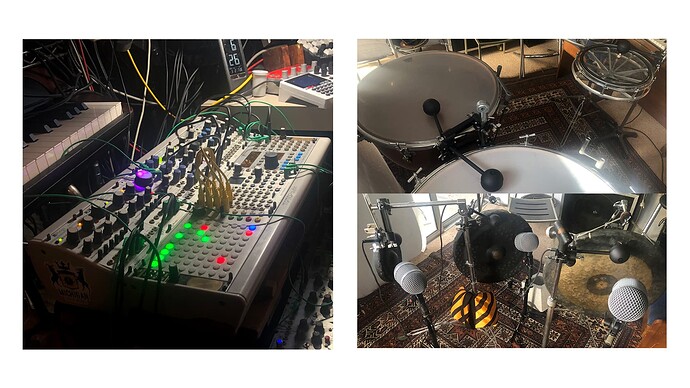 Update to add: a reference for this work would be “Music as a Gradual Process” by Steve Reich

Congratulations on this wonderful release. This is great in all aspects – conceptually, sonically, visually, and also regarding the process, execution and documentation.

nice! this is really rad… will be bumping this!

This is great in all aspects – conceptually, sonically, visually, and also regarding the process, execution and documentation.

i can fully agree with this

Thank you for the kind words. Its origin really was one of those sounds that found me, rather than vice versa. Back during Xmas holidays - summer in NZ - we had a sudden downpour, and sitting inside in my studio I became aware of this pounding rhythm. My only thought was it must be the neighbours listening to some 4/4 techno… but I don’t have close neighbours & rarely hear their music so I went to investigate. Completely by chance a trashcan I had bought to record Metal IRs in was sitting directly beneath a crack in the porch roof (which I need to get replaced!) - it was completely an accident, a found sound.
So I put a mic inside the trashcan, a pair on general ambience & recorded for a few hours with no idea what I would do with it. But it got me thinking… the recording is so discrete/singular from inside the drum, what about polyrhythms? So I went to hardware store and bought two more, as they were relatively cheap & lightweight… So I set them up & watched the forecasts, waiting for more rain. It was over a month later before we had any rain at all! But it poured down for the entire day, and I recorded from about 6am until 5pm or so…

Incase anyone wants to try this themselves, one aspect that makes the recording so interesting to my ears is that apart from rhythm variation, the bass & tonality of each drum shifts over time. If you listen to track 9, the original recording, and skip from the start to eg 16min, the bass pitch has changed significantly… but it never changes so that you notice it changing - it is very gradual. The reason it changes is due to pooling on the surface - the drum has a 5mm lip around its edge (the base if it was the right way up) until eventually there is a small lake on top of the drum, and its weight alters the pitch! 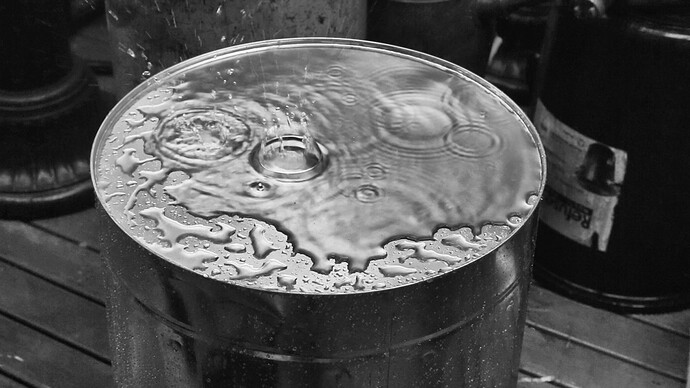 I love the bass resonance inside these trashcans and will definitely multi-sample them for a Kontakt percussion instrument sooner or later… When recording Particle Feedback library I also used bass shakers on the same trash can, and it is really a strange feeling having a trashcan feedback bass at you ^ ^

Love this! Beautiful sounds you’ve captured and great to hear about the process. May very well pick up the sample library and use it to trigger rhythms for an upcoming installation/performance at the Garden Museum here in London, seems like it would be a great fit.

Gregory, what’s the forthcoming Garden Museum installation/performance then? I performed there many years ago for a festival based around the British filmmaker Derek Jarman, and would love to learn more!

Thank you & thanks - I hadn’t heard that Henry Collins work. Fascinating…

I think Suikinkutsu are a useful reference too, I’ve always wanted to record one by putting a lavalier mic down into one… but would be risky… 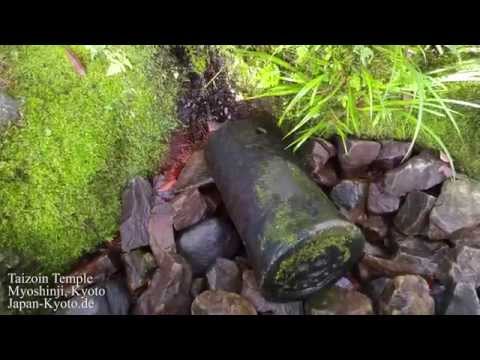 Man these are super cool.
You might get a kick out of I Dm Theft Able’s videos too, he has done some work with a microphone inside an old tuba in various places recording weather and water.

No way! That sounds great. The project is part of the “Up Late” event that is happening this Friday to celebrate British Flower Week – I’m working with a brilliant saxophonist & vocalist called Laura Misch, who has begun exploring how to combine her performance practice with multichannel sound installation. We’re creating a piece for the renovated courtyard space, which will be a subtle generative sound world which sounds throughout the evening, followed by a 40-60 min improvised performance with live saxophone and electronics. Looking forward to it!

More info on the event can be found here: Up Late: British Flowers Week - Garden Museum