So I know this has come up before and probably been done before… However with the latest raspberry pies available, which are capable of running windows OS, and feature multiple usb ports and up to 1gb of ram I was wondering if anyone is trying this. I’m about to have a go at it.

They can run windows now?! Or is it merely mirroring/etc?

I too am interested, since I have a raspberry pi and banana pro Let’s get the good stuff out of the way above the fold. Raspberry Pi 2 is now on sale for $35 (the same price as the existing Model B+), featuring: A 900MHz quad-core ARM Cortex-A7 CPU (~6x performance) 1GB LPDDR2 SDRAM (2x memory) Complete...

Oh! From what I’ve read it’s not actually windows, but rather an IoT. If you look up videos of win10 on rasp, it seems to be a way of controlling the device from your computer or something. Interesting, but not the OS. Also, as far as I know, it’s the wrong type of processor to run any of the recent windows?

afaik not much infos yet, but as undestand it is indeed a windows OS.

BUT: you can’t just run any windows programm on it, it’s an ARM architecture. Meaning programs have to be compiled for that system.

Are the current Pi’s capable of running with grids?

hello,
i currently have a RPi 2 powering a 128 grid kit. So, regarding power consumption, it seems to do fine. I still have to test thoroughly with a usb sound card, but at worst a usb hub can supply more power.

On the operating system side, i am using the standard raspbian image, without X (no display to be computed). I run chuck on that config. For now i have only used basic patches so i can’t really comment on the limits of such a rig (in terms of computing power) .
Hope that helps.

I know nothing about windows and honetly wouldn’t bother with it on such small CPUs where every optimisation counts.

Yes, libmonome and serialosc from git did compile without any problem.
On raspbian, one just needs to be in the dialout group (#adduser username dialout) to have access rights to the device, and add usbserial and ftdi_sio to /etc/modules so that they are loaded on every boot.

excellent. tried and failed some time ago. was going to give it another shot in the summer holidays.
good to know it’s working. thanks for the info!

I guess somewhat along the same lines, I’m finishing up an Arduinome build. Brains inside is an Arduino, but I was wondering about simply including a RPi inside the case as well? Use case: direct usb out from the Uno to comp for traditional use, but with all the real-estate inside the box still, What about relaying the Arduino to the USB in on the Pi? Seems to me, with the use of pd-extended on a Rasbian install, that would give you some portable analog output using soft synths and the headphone out. Anybody tried out anything like that?

headphone out is terribly noisy… Hdmi is a bit better, but for serious applications you’ll want another sound card. hifiberry is an (internal) option, over GPIO (not cheap though. there must be other options, diy DAC?) or a class compliant external audio interface, which in my experience also needs a powered hub in between.

I’ve been watching this thread and looking into the Arduino Grid Study; however, I still haven’t gained the confidence to take the plunge and buy a raspberry pi.
Is programming the unit as simple as copying and pasting code? Is the boot like changing the OS on an OP-1? I am interested in building the kit with a raspberry pi and maybe hifiberry DAC, or even skip the converters and add MIDI I/O to control hardware synths or an MPC.
Has anyone ever tried anything similar to this? What type of applications are you using the combination for?
@ermina I would be very interested to know more about your setup/experiences and maybe even a tip for a noob on how to compile files for the raspberry pi.

you need to learn some linux really (+additionally to the language/framework itself you want to program in)
luckily there are lots of learning resources for raspberry pi and preconfigured images. You’re able to run and program many different things, a universe really… Nowadays you’re likely to be up and running and come quite far in no time, with step by step solutions for all sort of things. But: you’re likely to hit problems, being it concerning the operating system or configurations… Solutions found might also be for a specific OS or version and may vary. Then you’re lost without more linux knowledge…

arduino on the other side is a safe environment which provides a c like synthax with access to the hardware and you can just start programming and not have to worry about the OS. (like a blank canvas ready to go)

I’m doing some programming with node.js and midi and deploy it occassionally to the raspberry pi (without GUI or any screen)… also have the hifiberry, using it as a airplay station though… has never let me down (after some initial installion problems due to my limited linux knowledge, but because I used a special linux version)

+1 on that, just came by this thread, i was studyng the chance on doing something similar, thinking about something polygome like for the Pie adding midi i/o to sequence external gear…

you do not need a DAC like the HiFiBerry for quality sound out you can use the standard HDMI out with an Audio Breakout, there are some that do Analog Headhone Out, L/R PCM and SPDIF on the same board with HDMI thru and Passthrough with SPDIF or TOSLINK optical output to any optical input you may have on a device lying about. The beauty of this method is that the HDMI out is a default preset of the OS so no real need to worry about PCM drivers for hifiberry dacs or using avahi and the time/sync lag or Airplay so on… You also have multipel sound out options this way for passing through FX boxes and into different channels of a physical mixer, great if your Mixer has these inputs!

Pymonome is a good place. As Python runs fantastically well on the Pi. 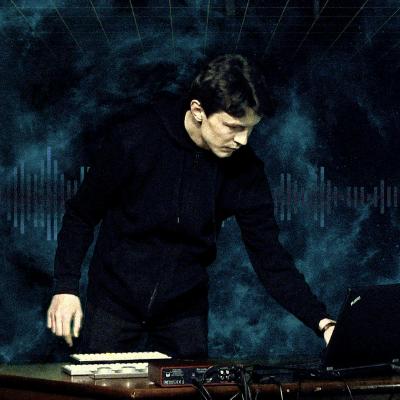 CHuCK feels a little moribund but of late but the Pi is now no longer contrained by Power (Amps or GHz) I would like to see Headless Monome support for this open source platform. In many ways Max/MSP rather than PD has been a stumbling block for me – not as a language but it is not very platform agnostic, even though it could be – I get pd and supercollider running on all sorts of strange development kits. The STM32F4 with built in screen looks idea for turnkey reprogrammable Stomp Box units…

My life will end up being littered with these things… I am sure. If I could just get away with not using a couple of £1500 laptops onstage… wow… our instruments are pricey enough…

Trying to get my monome working with an RPi 3 B.

I’ve followed the instructions that I found here : http://monome.org/docs/linux/

At this stage : “Next, plug in your monome and run serialosc from a terminal.” - I get “command not found”

Wondering whether people who have got their monomes and RPis working together use the serialosc command - and if not what ?!

great, thanks very much