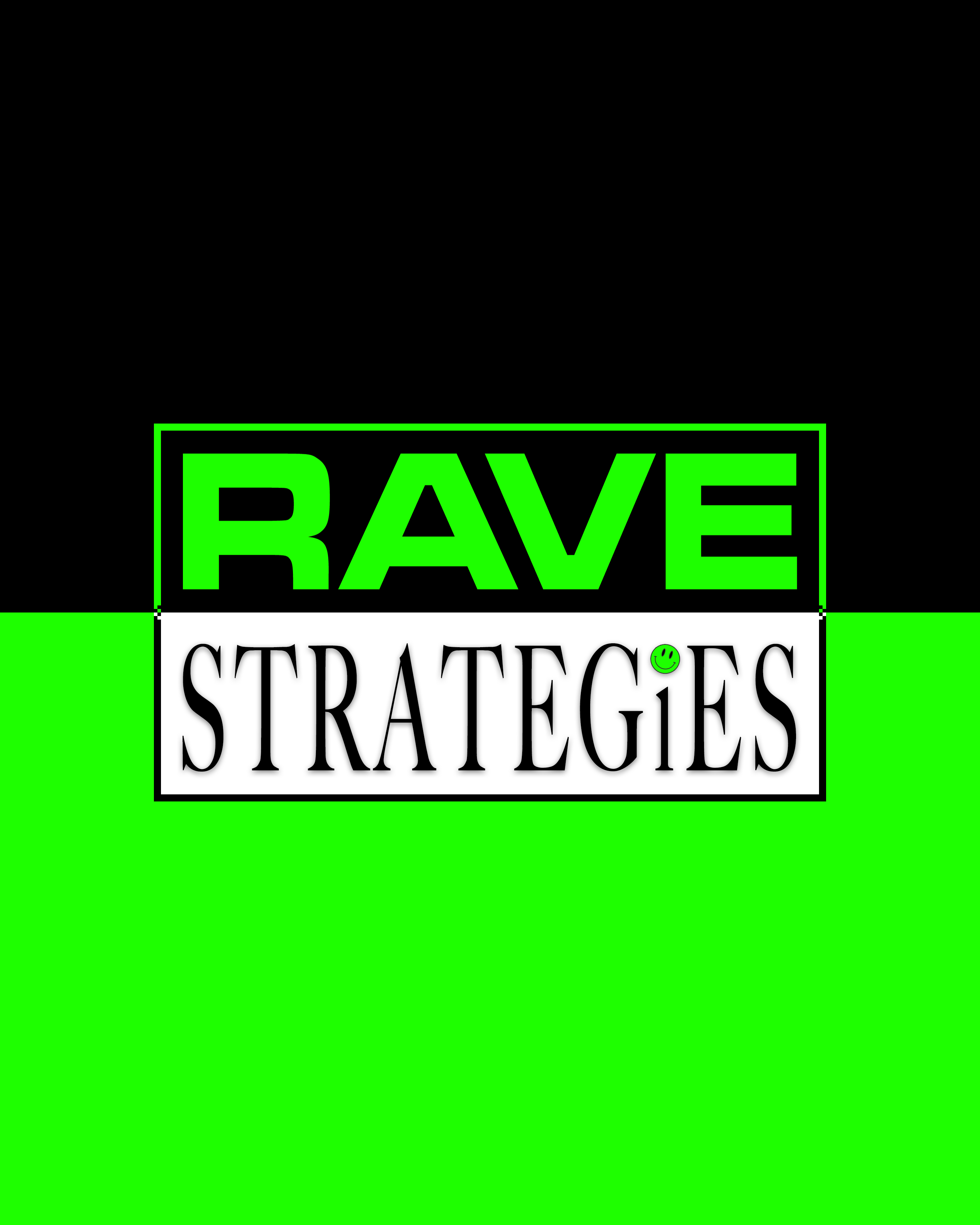 Contribute to datacorruption/Rave-Strategies development by creating an account on GitHub.

𝗥𝗔𝗩𝗘 𝗦𝗧𝗥𝗔𝗧𝗘𝗚𝗜𝗘𝗦 is a command-line python tool for generating creative prompts to assist in the production of electronic music. It is intended as a more grounded alternative to Oblique Strategies – outlining specific direction & constraints.

Each prompt contains the following direction for production:

The first six aspects are intentionally prescriptive, while the seventh is more subjective and open to interpretation.

It should glow like a figure from a half-remembered dream.

Write a 90bpm gabber track in B major using Zero Point Oscillator / ER301 / Crater sequenced by Teletype with a duration of ~2:00.

It should taste like a stone on the ocean floor.

It should transform like a love in the pit of your stomach.

This project arose from a desire for some kind of creative guardrails that could get me going when I didn’t already have a specific production goal in mind. Positive side-effects so far have included dedicating more attention to certain pieces of gear that were previously a bit underutilized, forcing new and unexpected approaches to established genres (e.g. “200bpm ambient”), and an overall increase in interesting output from the same amount of time spent in the studio.

At the moment this script is very bespoke, specifically tailored to the gear in my studio and the sonic territories that I’m most interested in. If you’re comfortable with python, check out the repo and fork a version for your own needs (could even easily be adapted for purposes other than music). There is also a customizable web-based version in the works for the less technically-inclined.

Hope some of you may find this useful.

Amazing!!! I’m toying with a few cli-first production strategies for sample management and it’s so nice to have tools to integrate with

This is great! Reminds me I should use this again How I recorded an album in an evening with a lunchbox modular and a python script | by Tom Whitwell | Music Thing Modular Notes | Medium

Amazing!!! I’m toying with a few cli-first production strategies for sample management and it’s so nice to have tools to integrate with

This is great to hear, I’d love to know more about your approach whenever you’re ready to share.

This is great! Reminds me I should use this again How I recorded an album in an evening with a lunchbox modular and a python script | by Tom Whitwell | Music Thing Modular Notes | Medium

Yes! Just finished reading this post and it was really cool to see your approach to something very similar. I’m always interested in how small differences in initial conditions can be magnified and result in big impacts during the creative process. Going to check out the resulting album!

I played a livestream this past Sunday and used 𝗥𝗔𝗩𝗘 𝗦𝗧𝗥𝗔𝗧𝗘𝗚𝗜𝗘𝗦 to help build my set, you can find it here if you’re interested: 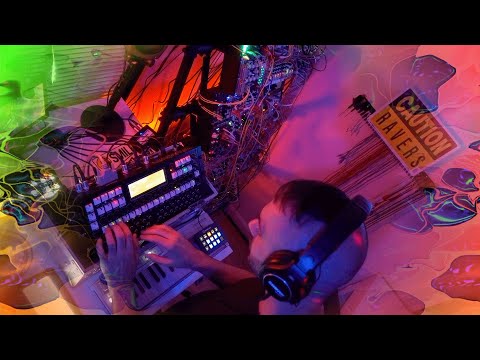 Lol that is absolutely brilliant

Not enough ravey/technoey/acidiey out there. This is really super, I’m looking into havingve set this be my norns login message. 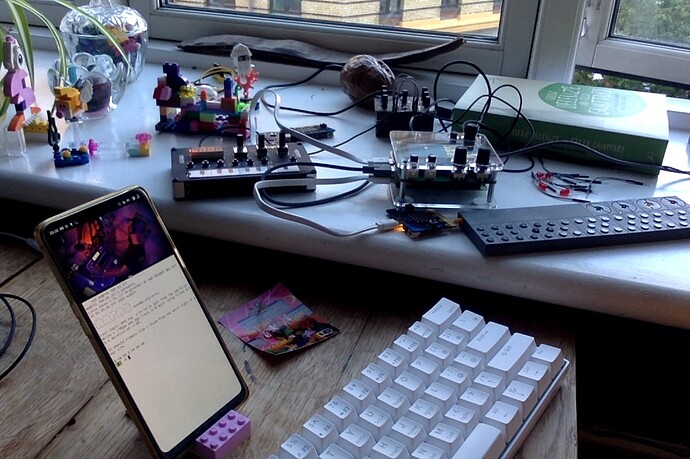 I love the idea, especially with the short imaginary stories for setting the mood!

I’d be happy to help port it to web and build a fun interactive user interface around it which lets you customize the values if you’re up for it!

Thanks! The web version is actually already mostly done, just needs a bit of styling love.

Really appreciate the offer though! I’ll post a link here when the web version is online

I wrote a program I could have called Improv Strategies very much like this. Every few seconds it would suggest a single change: faster/slower, louder/softer, more notes/less notes, more/less variance in note duration (e.g. the minimum being pure eighth notes), C# ionian b6, etc. I think it helped me widen my range of playing styles.

I try to keep screens as far out of my mind and field of view as I can during the creative parts of working on stuff but this thread got me thinking about ways to take the instantly-available nature of software and bring it to the Oblique Strategies/deck-of-carts idiom.

So as soon as I get paid tomorrow I’ll be picking up one of these and some blank cards: 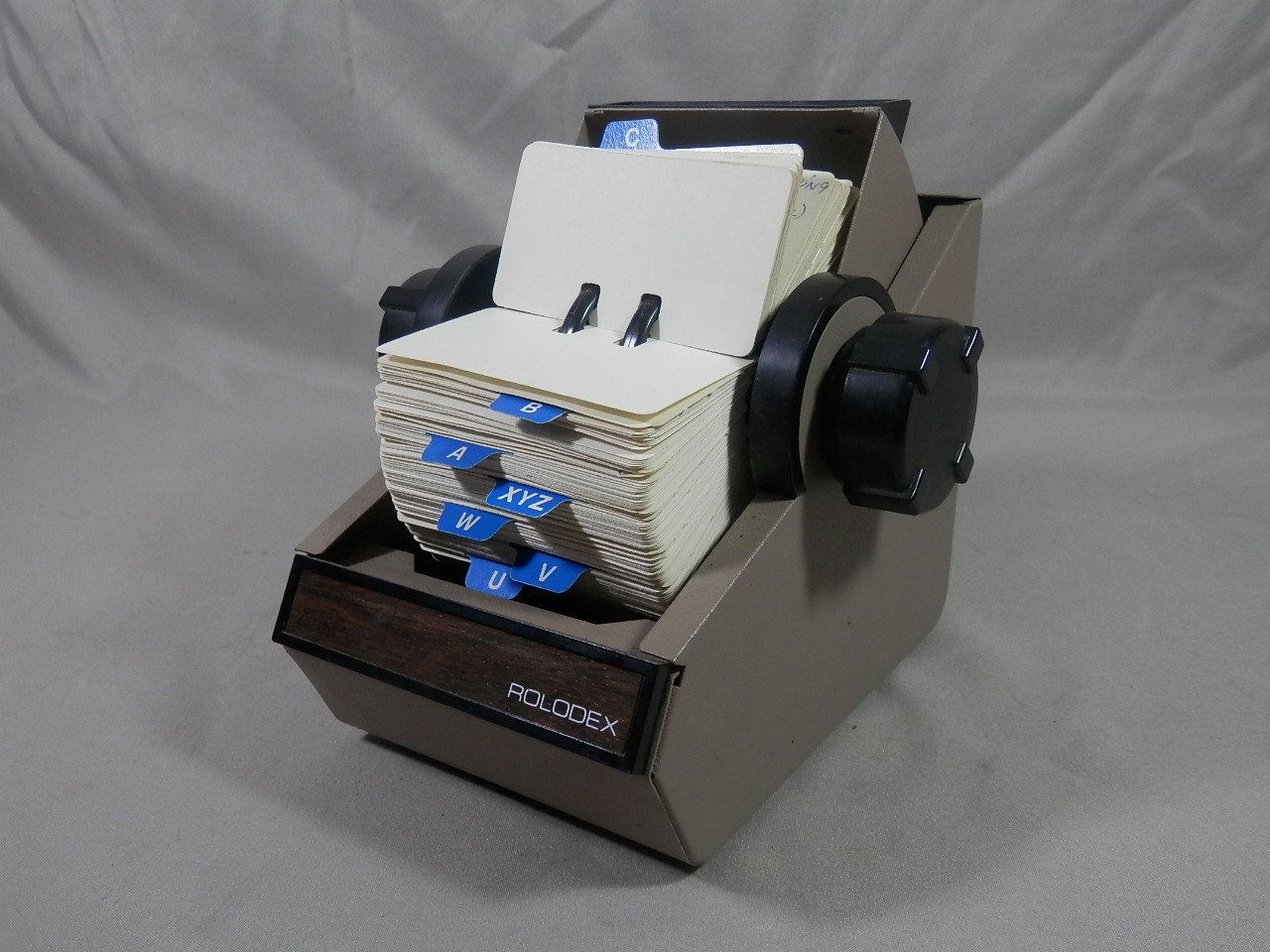 Just keep it somewhere easy to reach and give the wheel a twist whenever I want a new suggestion. Sort of like an Oblique Strategies Magic 8-ball, with plenty of room to expand beyond the original deck.

EDIT: if I get that specific model, it will also make all of my gear sound better because of the fake wood grain.

Since you mention yourself (on the linked page) that it’s not good, I politely have to disagree.

It’s a really organic and musical album, I’ve listened to it back to cover a few times, and I often reference it when the conversation revolves around what can be done with not so much gear.

Funny. I was just thinking about this the other day - I remembered reading/listening a while ago and meaning to come back to it, but then lost the thread. The entire concept really stuck with me.

And I also think the album is better than you give it credit for.

I guess I’ll do the 1978 edition since it had the most cards.

After many years of patient eBay stalking, I found an apparently brand-new '79 edition of Oblique Strategies, that wasn’t priced much higher than a current edition. When it arrived (kindly hand-delivered by the seller, no less) I found it indeed still shrink-wrapped in crisp, yellowing cellophane. I carefully removed this wrapper only to discover, inside with the cards, a single straight light-brown hair. After a little thought I carefully placed the hair back into the box, and have kept it there since.

I’m not saying that it is a now-incredibly-rare Eno “original”, accidentally preserved when the set was being hand-assembled in a London flat forty-odd years ago (and common sense say no) but it is nice to pretend.

I got as far as finding out that the stamp I had was too big to fit the entire text onto the cards I had, and then I started moving and haven’t had time to work on anything for weeks.

Thank you for this! I’ve only been playing with it for a bit and it’s already helped me sit down and clear my head, and also find some interesting ways to use some of my modules

Sadly no follicle, so I’m pretty sure I’m not going to be experimenting with generative Eno-clones either.

Not asking you yet hehe

I happened upon this by accident while searching for something else, and now I’m really into it. Seems fun - exactly what I’d need for a prompt to start out a music session, and to force myself to use combinations of gear/software and methods that are outside of my comfort zone.

Out of curiosity, did a web version ever materialize? I don’t mind building and running from command line, but it would be neat to quickly fire up a prompt from my phone’s browser.

Really glad to hear it!

Out of curiosity, did a web version ever materialize?

Not yet, unfortunately the friend who was working on it was ended up having to turn their attention elsewhere before it was complete. Should probably give them a nudge!