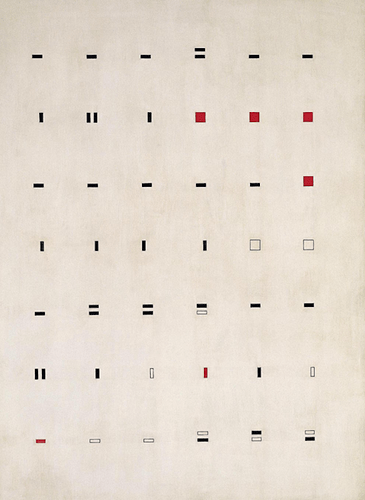 Each Thursday in the Disquiet Junto group on SoundCloud.com and at disquiet.com/junto, a new compositional challenge is set before the group’s members, who then have just over four days to upload a track in response to the assignment. Membership in the Junto is open: just join and participate. There’s no pressure to do every project. It’s weekly so that you know it’s there, every Thursday through Monday, when you have the time.

These are the instructions that went out to the group’s email list (at tinyletter.com/disquiet-junto):

This week’s project takes as its subject a painting recently posted by art critic Blake Gopnik. Seen here, it dates from around 1948, he writes, and is by the Argentine artist Lidy Prati (1921-2008). In his description, Gopnik references Piet Mondrian, whose music is often associated with musical scores. Both the grid-like structure of Prati’s piece and its title, “Serial Composition,” suggest it as the subject of sonic investigation. Gopnik connects the piece to computers: “[I]t speaks of a system that can generate them. Computers and their algorithms seem on this painting’s mind, at a moment when computers still filled entire rooms with vacuum tubes.” (Note that as I was researching this project I came across work by Marcelo Gutman, who has created colorful score tributes to Prati.)

These are the steps for this week’s project.

Step 1: View the circa-1948 painting “Serial Composition” by Lidy Prati at this URL: 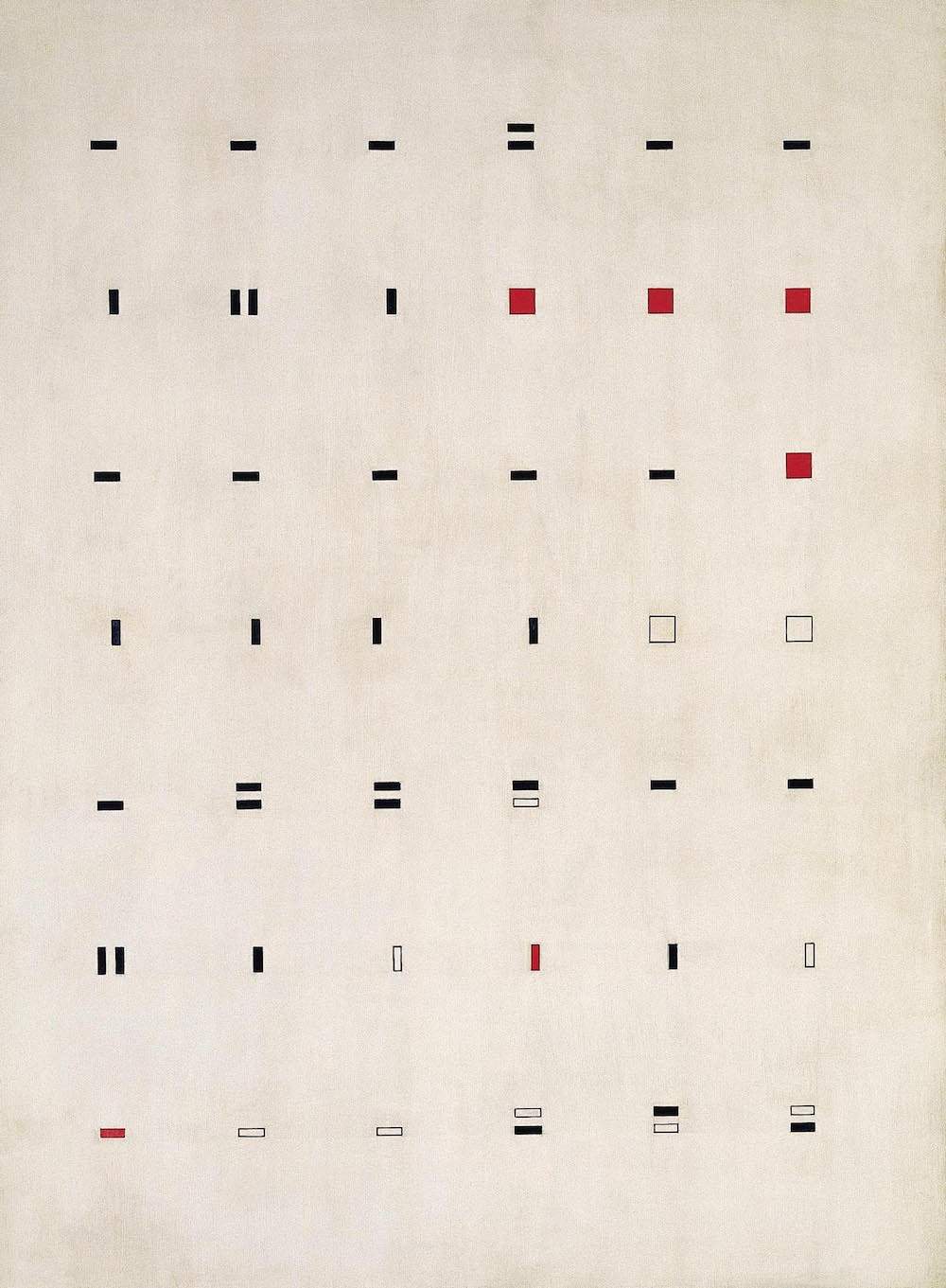 Step 2: Consider it as a musical score. Think about the sort of musical composition that “Serial Composition” might be.

Step 4: Upload your completed track to the Disquiet Junto group on SoundCloud.

Step 5: Annotate your track with a brief explanation of your approach and process.

Step 6: Then listen to and comment on tracks uploaded by your fellow Disquiet Junto participants.

Length: The length is up to you, though between two and three minutes feels about right.

Upload: Please when posting your track on SoundCloud, only upload one track for this project, and be sure to include a description of your process in planning, composing, and recording it. This description is an essential element of the communicative process inherent in the Disquiet Junto. Photos, video, and lists of equipment are always appreciated.

Linking: When posting the track, please be sure to include this information:

Join the Disquiet Junto at:

Image originally posted (and viewable in larger scale) at

Wonderful. Yeah, I was inspired the second I saw the original post of the piece of art. She was entirely unfamiliar to me. I’ve been reading up.

sort of along those lines, Dick Raajimakers thoughts on Mondrian are very interesting:

The first four pieces are up:

Interesting how so many folks turned to piano for their piece this week.

procrastination got the better of me…probably jynxed myself with the early post + weekend was crammed to get a recording done
: (

I hope you never feel pressure. The point of the Junto is to be there, weekly, when people have time and interest.

also, generally a bit of self imposed pressure due to the timeline is a good way to speed up my process and avoid time-wasting tangents/overthinking

If anybody that reads this forum has a cure for overthinking, please get in touch with me, stat.