Can anyone recommend any super-simple online resources for learning about keys, scales, modes and chords, ideally written from a practical rather than purely theoretical perspective, and suitable for noobz / electronic geeks rather than formally-trained musicians? I have a beginner’s grasp of music theory, but really not much more than that.

I’m coming at this from a specific practical angle: I’ve got a number of different tools in my studio setup for quantising pitch, all of which use slightly different terminologies and underlying theories which I don’t really understand. I want to learn how to translate between them on the fly, so that I can dial in the right settings and get everything working harmoniously without reverting to guesswork or trial and error.

What I want: “Right, my Push is in Dorian mode in C, so I’ll set Braids’ quantiser to Phrygian in A, the Disting’s quantiser to Minor Triad + 7th, and play these notes on my MIDI keyboard”

Where I am currently: “Right, that sounds nice, now let’s tentatively hit random notes to see which ones sound right, then try to memorise them, then twiddle the knobs on Braids and Disting like a tone-deaf safecracker, until I find something which sounds like it’s vaguely in tune. God, I hope the people who paid for this gig think this is experimental rather than just crap.”

Check out Open Music Theory. I’ve only skimmed through it, but it seems like a fairly comprehesive overview with a modern site. Nice on mobile, too.

Woah. This looks fantastic. Love the open source scholarship angle too. Thanks!

Woah indeed! Just spent a few minutes on this, and it looks brilliant.

Thanks, both of these look like great resources. Shortly after posting this I found a piece on modes in Attack Magazine, which helped me get a bit more of a handle on them: 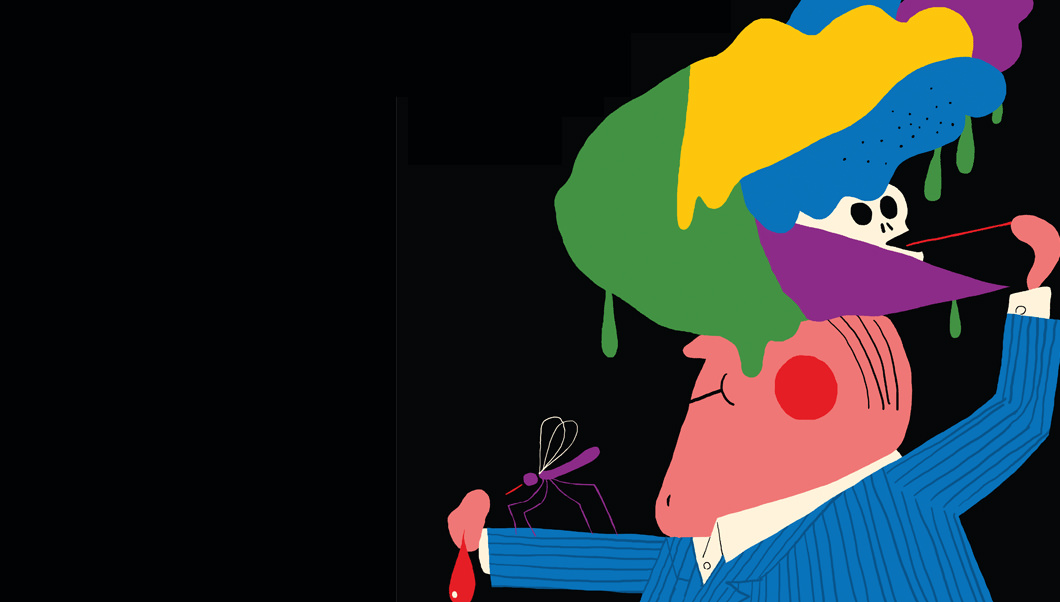 Dance music theory expert Oliver Curry introduces the concept of modes and explains why they're relevant to electronic music. In this edition of Passing No Tessitura Pro Software. A Music Theory App for Mac OSX and iOS to practice Scales, Modes and Melodic Patterns like never before

Yeah, the Attack piece does what I would have done - explain them all as ‘white note’ scales starting on different notes.

About my favourite approach I’ve found to date - in modular - has been the Ornament and Crime, which uses the Braids approach but also lets you click notes on/off by hand, or just click semitones on/off.

But yeah: the red herring in your description is the Disting, for sure. It’s not a nice quantiser to play ball with other things.

I bought the chord wheel book. Not too heavy, but suits my needs. There’s an app version, but I never really gelled with it.

Chordbot on android is nice for trying out “odd” chords and keys. Can then export sequences as midi files. 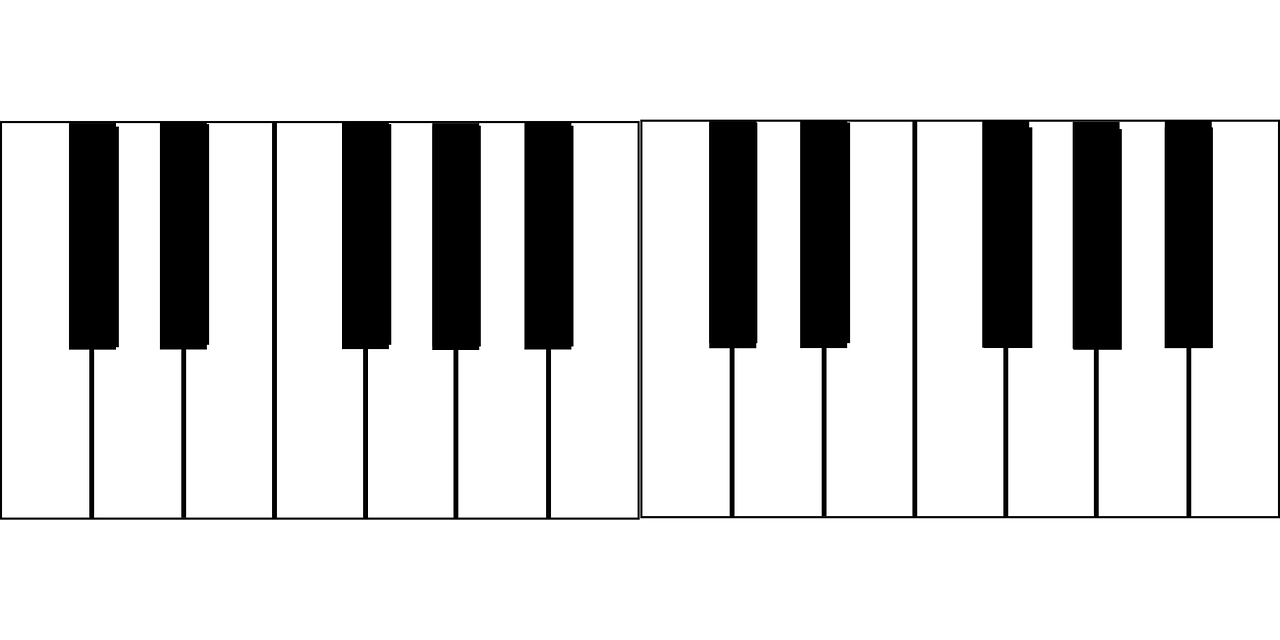 Let’s play a game. I have 12 cards, with for every unique note one card. So C, C#, D, D# and so on. Also published on Medium. Related posts

And it is interesting that the overtones of a note and 100% major scale stuff: 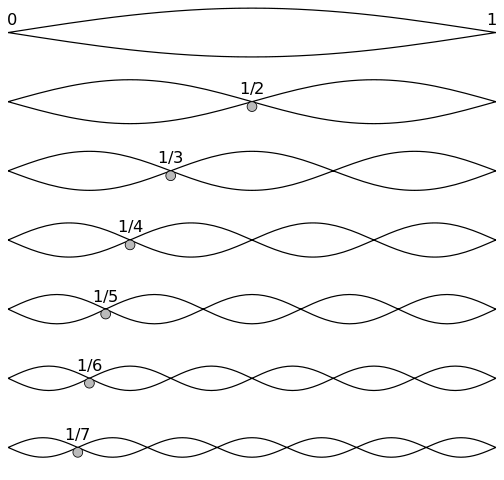 Our western scale system, based on the major scale (and relative church scales like Dorian, Mixolydian etc), seems to be following the mathematics and physics when pitching tones. Also published on Medium. Related posts

It is so bloody simple you might start asking yourself: where’s the magic?

Thanks Marco, I am slowly adding to my knowledge/skills with music theory. So always happy to go over the basic stuff till it really sinks in…

Actually, it contains several hundred, which you can find here:

Thesaurus of scales and melodic patterns by Nicholas Slonimsky:
https://g.co/kgs/WZ1RtY

And it is interesting that the overtones of a note and 100% major scale stuff:

Well… Most scales use frequencies derived from the overtone series because of the physics of sound perception hear those relationships differently than others.

But there 12 tone equal temperament system is a deliberate deviation from the harmonic series. For some intervals so much so that if you listen to the harmonically tuned interval it will sound very “off” to what you’ve come to expect!

The subject of how to tune notes is deep and rich precisely because the apparent simple relationship between harmonics, perception, and intervals doesn’t work for all but the simplest of musics.

And Genesis of a Music by Partch
https://g.co/kgs/FXuEJd

This is all true, and while understanding the nuance can add considerable depth to one’s ability to use frequency relationships to alter timbre/texture/mood, I do want to stick up for the value of the simplifications that equal temperament and major and minor scales represent. It’s an incredibly expressive system whose simplicity provides benefits in pedagogy, instrument design, orchestration, the list goes on and on.

I say this only after having delved deeply into writing from folks like Partch for years. I eventually came back around to western music with newfound appreciation.

Echoing this! learning to play ball inside “common practice” tonality has probably been the single most useful thing I’ve done for my ability to write music, even though many of the pieces I write don’t always play ball. I think it’s partially about the tradition and learning how to predict what an average listener will expect your harmony to do; knowing the tradition allows you to be in conversation with it, even if only negatively.

yes I love equal temperament. perfect fiths are not sounding so interesting to me.

I do understand though why you bend a minor third in the blues, the tritone, because the overtones are in tune that way.

perfect fiths are not sounding so interesting to me.

A high degree of consonance is dull if it’s all you ever use. The trick to it is finding ways to explore contrasts between consonance and dissonance. The movement between these is what gives your song a feeling of change, and possibly even narrative.

This what chord progressions in terms of functional harmony attempt to teach.

yes this is very interesting. thanks!

This 16 video playlist is a bit intermediate (a bit of prior music theory knowledge is assumed) and you may not enjoy the very popular selection of songs, but he does a great job of showing through well known tracks how artists both conform to and break away from common practice and functional harmony (whether they intended it or not).

These free / cheap PDFs are well done and aimed at the “electronic” musician.