This Reaper 6 video was especially helpful to me. It’s about setting up project directory structure defaults. One can configure things however they’d like, but I went with the layout Kenny suggests because it’s inline with the way I’d like to do things.

Each new project gets a folder, project audio goes into a subfolder called audio, peak files into a “peaks” folder inside the audio folder. 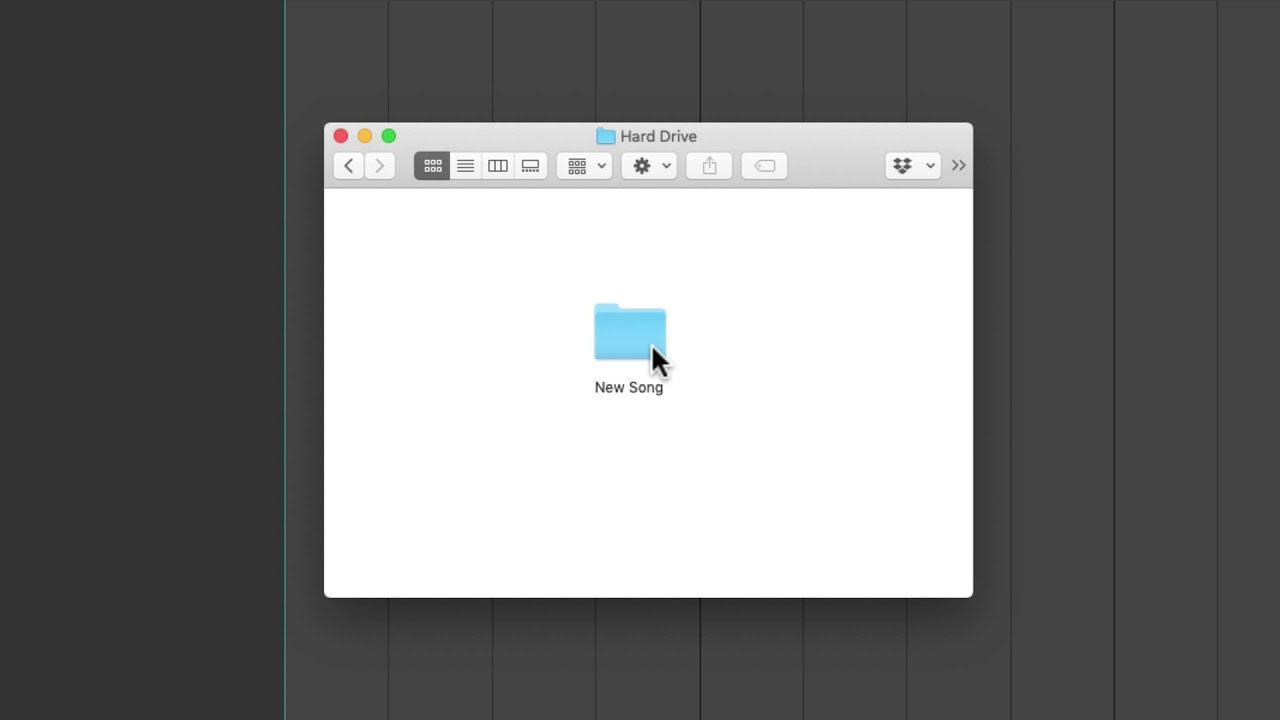 I use Reaper like a glorified tape recorder and I couldn’t be happier with it. I have a couple friends trying to convert me over to Ableton but the value is incomparable. The scripting stuff is amazing, and I might use it for video some day, but as long as they keep the download small, the startup time fast, and the workflow pretty straightforward, they’ve got a customer for life. Keep the upgrades comin’.

I’ve always known the benefits of a robust multitrack set-up but never had the wherewithal / workflow in place to actually record that way, but the time has come. I spent the morning going back through some Kenny Gioia tutorials to help me set up a new project template and my excitement is building. Being able to easily route / group in the tracks and have it make sense visually is actually making me look forward to a workflow I once felt was too complicated. 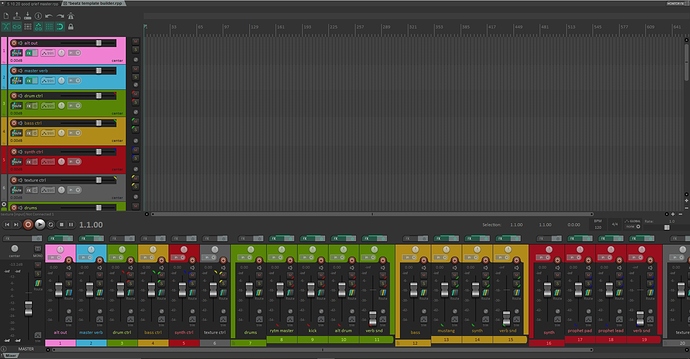 Anyone used the Tracker “Hackey Tracker” yet?

A LUA tracker plugin for REAPER 5.x and up. Designed to mimick the pattern editor in Jeskola Buzz. - JoepVanlier/Hackey-Trackey

Wondered how well it runs.

Just found out about this free (as in freedom and beer) EQ for Reaper (JS format, so Reaper only) and I’m impressed: 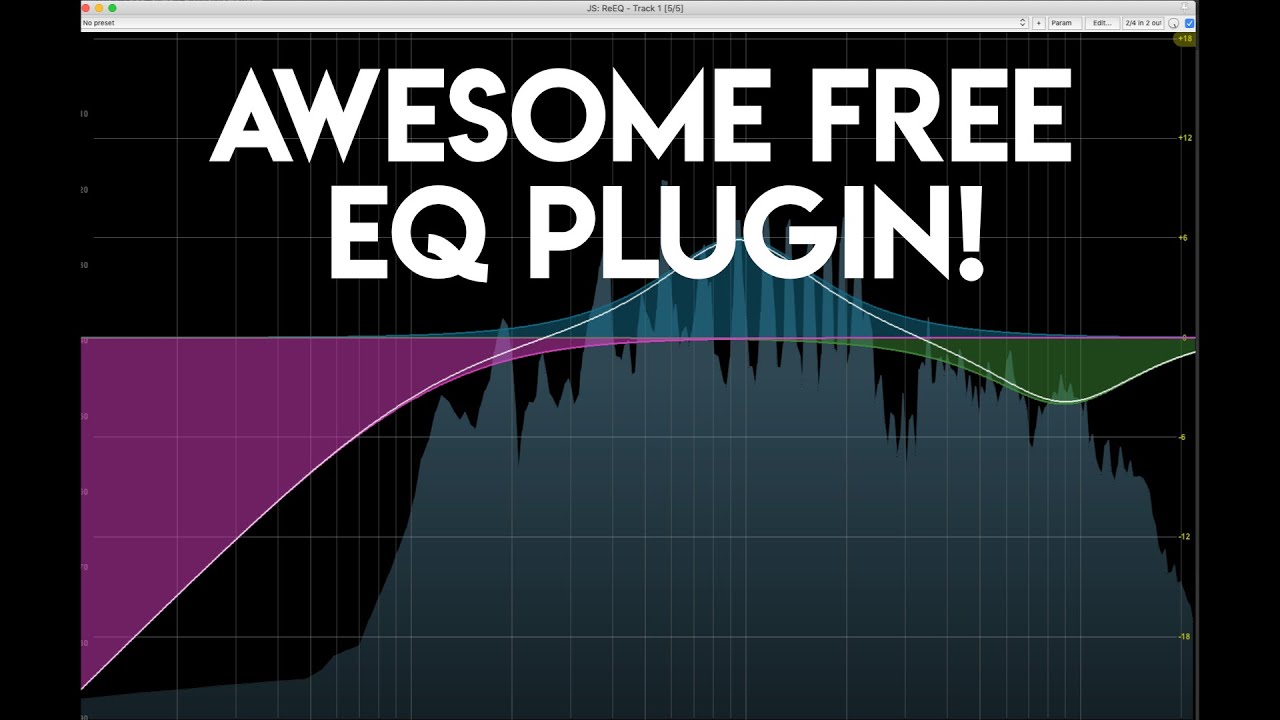 It’s got a lot of advanced features and things I was previously missing in Reaper (like LR / MS EQ). They say it borrows a lot from Fabfilter’s EQ plugin, so now I’m very inclined to check that one out more closely as well.

That EQ is great! I almost never use VSTs so I’m glad to have such a useful EQ for Reaper.

Howdy! If you feel like going into the sound on sound territory with Reaper (or reajs vst wrapper), a simple js:delay can be supercharged into a sos beast!

then your buffer length would be up to a minute! Pair that with careful feedback patching, decent tape emulation or any fx, and a master limiter to protect your speakers, headphones and ears - and you’ve got yourself a nice virtual tape that sounds (to my ears) very close to a real deal. The feedback inside the js:delay should be at zero in this case, as you would be managing feedback outside of the plugin (with levels, compression, etc).

Of course you can use it as clean sos delay. With feedback at zero it will just layer whatever sounds you feed into it, with no decay.

Many many tracks of mine were based around this little delay, but with a 10 seconds buffer. 1 minute opens up a whole world of possibilities.

The other day someone told me Reaper is by the people behind Winamp, which makes me love it even more

I’ve been thinking a lot about switching from ProTools to Reaper. To be honest, I wouldn’t be considering it if it wasn’t for Avid, a company a lot fo people love to hate. I’ve been looking for other good reasons to switch, things that’s hard to do or impossible in ProTools, and accessible in Reaper. I just found this nice tip about how to make a three band crossover for using different plugins in different parts of the frequency spectrum. Dan Worrall’s channel is full of neat tips, sprinkeled in his videos. If you recognized his voice, it could be because he is the guy who do FabFilter’s videos. I’m still looking for more more tips, got any?

I would dive into the Reaperblog Youtube channel, he’s gone deep into Reaper for many years.

It’s hard to recommend any tips and tricks because I feel like Reaper is one giant back of tips and tricks that you wrangle to your liking. The answer to almost any “can I do X” question is going to be “yes”, it’s just a matter of getting there.

I don’t know if ProTools has Automation LFOs, but Reaper has those and they’re a lot of fun to play with.

Yeah it really depends what type of things you do with DAWs. One thing that I liked when switching to Reaper is that some of the things that I missed about PT wrt editing processes and key commands can easily be set up in Reaper to work in the same way.

The routing in PT is also very different (like setting up busses) and I really enjoy the way that Reaper deals with this, much more flexible, open and instant.

Tracks in Reaper can do anything: mono, stereo, multichannel, midi, images, notes, videos. It makes no difference. And also at the same time.

To expand on the LFO thing there is also audio modulation. Essentially you can use any signal’s amplitude to sidechain any parameter on any FX on any track.

To expand on the LFO thing there is also audio modulation. Essentially you can use any signal’s amplitude to sidechain any parameter on any FX on any track.

Wait what? I’ve used Reaper for years and never knew that. Damn.

Just to make sure I am not causing any confusion here is a video by Kenny Gioia showing the process: Parameter Modulation in REAPER - Audio Control Signal - YouTube

There’s a video here about a project which uses Reaper’s scripting capabilities for setting up really powerful per-track control using midi controller hardware. Could be very useful if you use a fairly standard template for projects. The midi controller adapts to whatever track is currently active. I haven’t watched the whole thing, as the code hasn’t been released yet. But it’s a good indication of how Reaper is more flexible than other DAWs in this respect. This goes beyond scripting really - I think it’s possible to programme full-blown add-on features and hook them into the application. 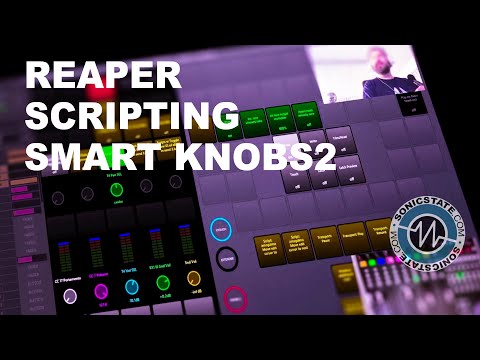 I use my DAW for acoustic recording and mixing. I haven’t dared to use it in a session yet, but I’m close. Just need some more practice.

The routing in ProTools was no problem for me, it did about everything I wanted it to, untill I tried Reaper… The flexibilty makes it so much better for creative mixing, the opportunities really opens it up.

I’ve seen people do wacky automation stuff in reaper, but there seems to be different types of automation. What’s the difference between Automation, Envelopes and Parameter Modulation in Reaper?

Envelopes is just the term that Reaper uses for automation. Modulation can be applied to any automatable parameter and either uses LFOs or audio signals for its modulation source. They are not dependent on information on the timeline. Very useful for creative things but can also be applied to more standard mixing tasks such as de-essing, dynamic eq and things like ducking.

Reaper makes using a computer for audio make sense. I cannot say how much I appreciate the fact that they are constantly tweaking the features it has to be more and more useful and stable rather than just adding half finished things for the sake of having more features. Other than lots of people use it, I cannot for the life of me think of something Pro-tools does better than Reaper.

Some features I’ve only seen in Reaper that I could not live without at this point:

Also, I don’t think I could go back to using a daw that I can’t throw on a thumb drive and work with anywhere I happen to be.

I haven’t looked into scrips yet, but I understand that it can be used for a lot of things. How do you use it?

The ones I most often various types of naming schemes I have set-up for clips and tracks. I’ve been working on some huge sample projects I have some set up to name things and then organize the clips by type etc.

I also use a script called Reaticulate for writing. It mirrors cubase’s expression maps but it is more flexible. I have macro’s set up to show hide various things based on the tracks names which is super helpful.

I would rather type than use the mouse for a lot of routine mixing things, so SWS’s ReaConsole script let’s me type a lot of things that I would normally have to mouse, like changing track volume. The possibilities are endless. You can lose your self in possibilities but I find I just tweak my workflow depending on what project’s I’m tackling. If I find myself doing something frequently, I will find a macro or script to make it easier. After using Reaper for a couple years I’ve ended up with a work environment that feels like it was created specifically for the work that I do.