Does anyone have any experience with Rebel Technology’s OWL platform? I’m thinking of getting their Witch desktop synth with some Christmas vouchers and on paper it sounds great: looks like a versatile range of interesting patches, and if I can wrangle some of my Pure Data patches onto it as well then it would be a super useful bit of kit.

OWL seems fairly well-established, but I haven’t found a huge amount of videos / reviews / discussion on it or the Witch yet, and it would be good to hear from people who’ve used it. Especially interested in anyone who has put a Pd Automatonism patch onto an OWL device, and any experience of how well it works with MIDI controllers like a Nanokontrol. 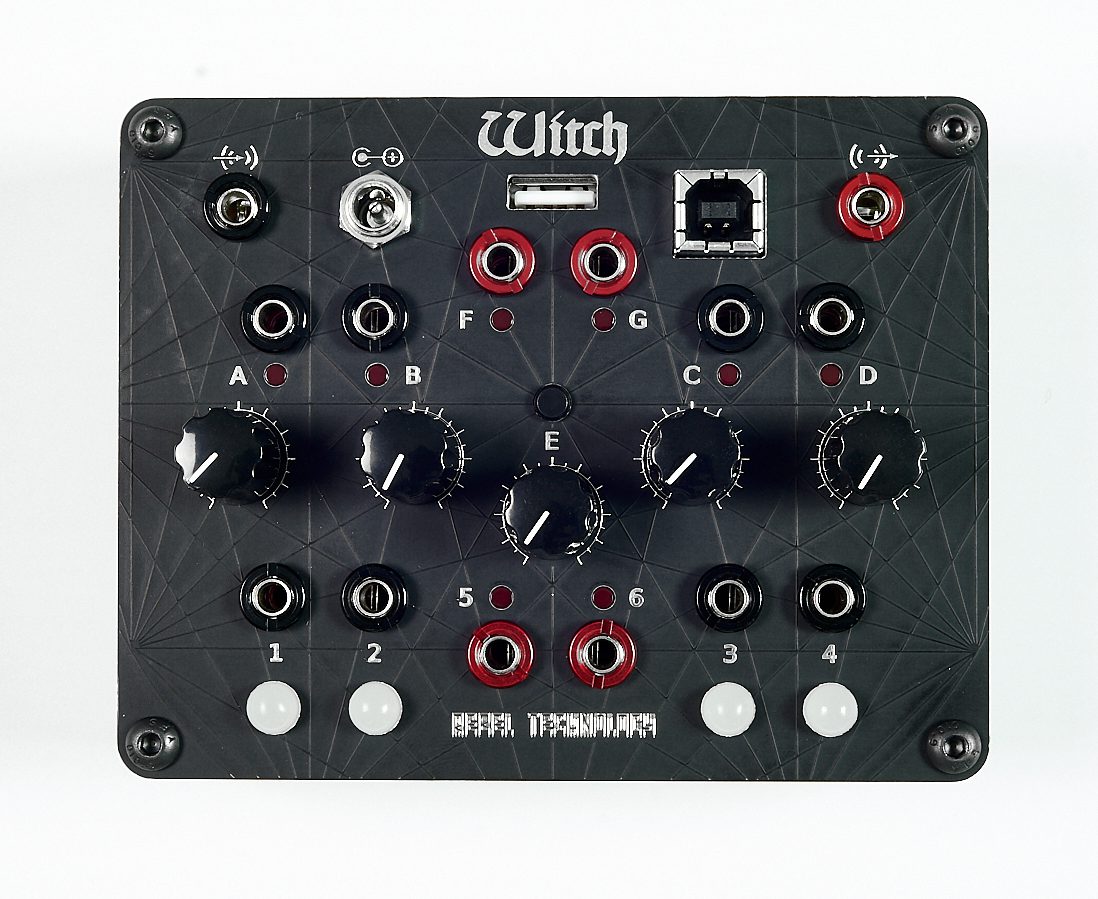 (Mods I couldn’t find a proper thread on OWL or the Witch only a short one specifically about the Lich. Feel free to merge though if you feel it’s more appropriate)

I have both Witch and Lich and to me they are both useful tools. I think there are more patches available that specifically mention Lich. I did try a resonator patch on the witch that was not ‘witch specific’ and it worked as expected. I also made an interesting drone by sending midi from Norns script Euclidigons into the formant voice on the Witch ‘Vosim’. I didn’t use the Mio midi cable, just a standard one and the Norns shield was able to power the Witch and recognise it in the Midi settings. You can hear Euclidigons driving the Witch ‘Vosim’ patch at the beginning of this track

Thank you! I’ve had a good look through the patch list and there are some gems in there. I get the impression that any patch will run on any OWL device, but you might be lacking the requisite ins / outs / knobs for each patch. That’s manageable though, especially as many interesting patches seem to be set up for the older pedal version, which has fewer connections etc than the Witch.

I’ve been considering the Lich, myself, mostly as a way to get some Faust into my rack.

One thing that has held me back, though is the way the patch list is set up. All of the documentation I have seen shows how to upload patches to the website and download patches from the website to the Lich. I spend a lot of time in places where there is no meaningful internet connection, though. I would need to be able to work on a patch and load it onto the Lich without access to the Rebel Technology website. Do you know if that is possible?

[Edit] To answer my own question: after digging around in the OWL community forums I found some threads I missd before describing ways to build and install patches offline:

I had the problem that my modular was not in the same room as the computer. I used my diy frequency central microbus for power whilst I calibrated the Lich after building. It does feel like a drawback having to use an online browser to change patches in this way. I haven’t tried any offline methods to change patches so I’m unable to verify if those methods work

The witch is more portable though and so it’s less of a problem in my setup.

There’s been talk of more slots in a firmware update for Lich to load patches into but nothing has happened as far as I know. More slots would be useful but I think theres also storage and CPU limitations to consider too.

New setup as of yesterday. I now have the rack near the computer. Here’s my current Lich patch list 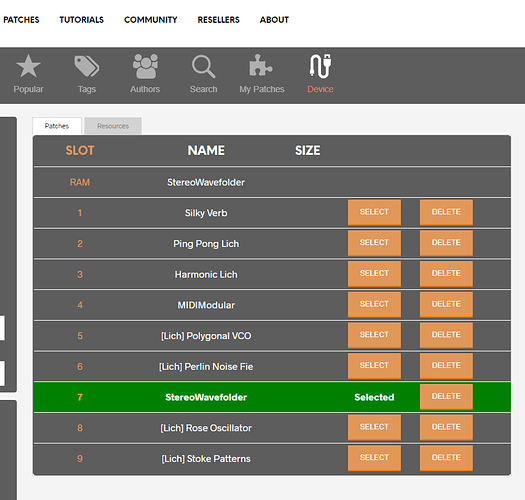 Hi plumbers !
I’m eyeing Befaco’s Lich, essentially because it runs pure data patches. I already have an Organelle that works on the same principle, so I would have liked to be able to transfer patches from my Organelle to the Lich but I’m afraid that would require advanced programming knowledge, if only to know how to use pure data, which for the moment I have not forced myself to learn.
Does anyone here have any idea what it means to port an organelle patch on the Lich?
Is redetermining the inputs/outputs and mapping the buttons enough? if so, how to do it without fear of drastically changing the operation of the patch or even that it no longer works?

This will highly depent on the patch but

Hoping someone more versed in Pure Data might be able to help me out with an issue I’m trying to solve on my Lich.

I guess the ADC’s on the parameter inputs are quite noisy and Rebel Tech removed the filtering on them in a previous update. This can apparently be filtered out when coding in C++, but I’m trying to build a Pd tool to help filter out the noise. It’s creating problems with delay patches I’m creating because the delay time constantly flutters around, degrading things as they repeat.

Another user on their forums posted an example of a filter they built in gen~ to address the issue, and I’m trying to recreate it in Pd.

This is the function I’m trying to get working:

And it just compares the current state of the parameter input to a 200ms delayed copy of itself. Changes coming in from the parameter control will only be allowed through if they surpass a small threshold, and then I can tune the threshold to be just above the noise level.

It works just fine on the computer, but once I upload the patch to the Lich, the delay time control is unresponsive and always at 0. Oddly enough, it seems to break the patch entirely since when I turn the feedback amount up, it still just passes clean audio through to the output instead of a sort of resonator/karplus-strong sound you’d expect. The patch works if I just remove all the stuff between the slider and the [* 5999.8], but with the issue of degrading noise.

EDIT: Not 10 seconds after posting this I thought to try a spigot in place of the change > snapshot, and it works! Just in case anyone else wants to use this in your Pd patches, this successfully filters out the parameter noise: