Any thoughts - am I doing something wrong? is there anything I can look at inside ?

Have you installed serialosc? You need that for the monome and computer to talk to each other.

Edit - if you’re seeing button presses in Max you likely have - sorry! 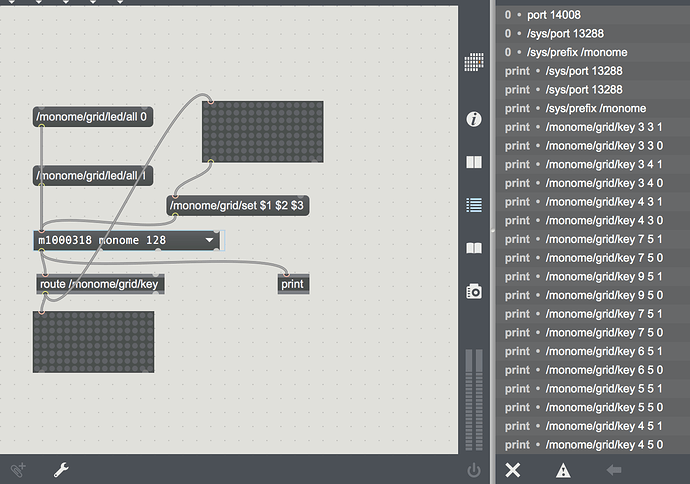 if you get the LED blip at the beginning it suggests the LEDs are working.

which os version are you on?

have you tried the monome max package? it has a grid_test patch (though yours looks good at first glance)

edit - the grid test works much as mine does!

ok more weirdness - plugged it into my rPi/pisound norns - and it DOES work - I recognise that pattern - its the foulplay UI!!! (it also promptly crashed - but there was no screen plugged in and I’m sure thetechnobear said something about grids not working properly - debugging one thing at a time…)

So something on my Mac - I realise I’m on an older high sierra - I’m trying the combo update to 10.13.4 which someone on another thread (which I guess this one should merge with) says is working for them

remove a bunch if kexts (audio and filesystem stuff) - no difference

Serialosc is the only thing that has it open

serialosc itself has a whole bunch of things open including, possibly interestingly, /dev/null

ok - serialosc uses a UDP port listening on serialosc - could it be weird binding caused by me messing about with networking at somepoint? which would explain messages coming out but not in - following that line of reasoning for a bit

sending it a direct /grid/led/set,1,1,1 does not do anything even though it responds to /sys/info

and it worked - should it have a prefix? edit - yes it should and I’m using that in max too. hmm - weird

ok - this works - but the bpatcher serialosc does not!! ok - feels like i’m getting closer. 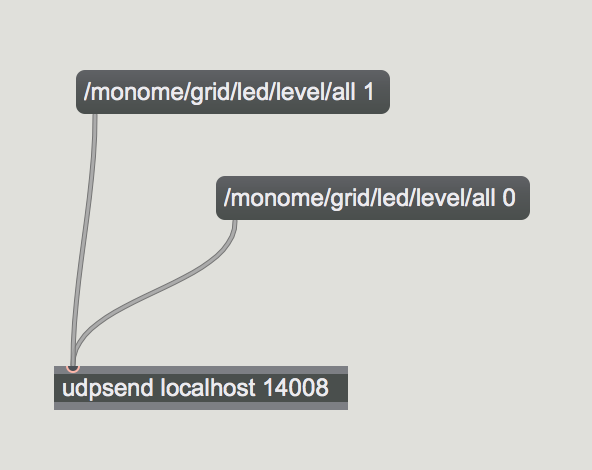 it’s not something stupid like the name of the grid is “monome 128” with a space in it ? (but you don’t seem to be able to change that so I’m guessing not)

fwiw - the Monome Home patch has been super helpful to me in debugging.

those two that @okyeron posted both work for me!

Now struggling to stop it loading it from BEAP - it picks that one even if I have the one from serialosc.maxpat loaded. scratches head

ok mystified - I’ve got a few bits working by hacking in the serialosc posted above.

It feels like the grid is in some odd mode or something is changed from factory settings - I’m not sure that that is a thing though.

anyone else any thoughts?

I don’t remember now what I used to find the duplicates, but I think I had a similar problem on RasPi.

hmmm possibly - oddly after closing everything and restating - max for live devices working - so progress!