Hello, forgot to drop this thingie here when i finished it awhile back, there’s a downloadable .zip of the objects themselves for windows and mac at the bottom of the page: 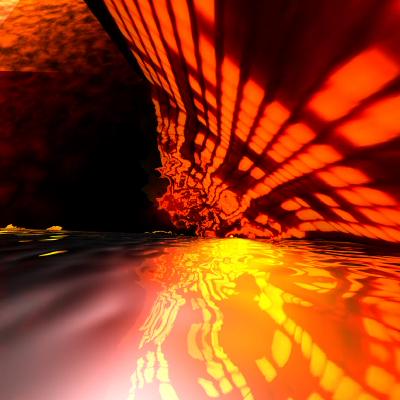 A sample-accurate looping external with built-in de-clicking for Max/MSP, coded in C by Raja Rez. - RajaRez/rezer

it’s a sample-accurate looping object for Max(took what i learned from devving karma~, applied it here, but with a focus on sample-accuracy, plus with some new techniques for declicking(instead of switch-n-ramps… smooth/quick crossfades between older buffer~ material and newer, accounting for overdub, etc.(granular engines are made easy by synching many rezer~ objects)).
A small disclaimer, though: the object has a more verbose interface, so it’s not as intuitive to use as karma~. If you aren’t feeling it, not to worry, just making it available, will follow up later with an app i’m creating for it which might make things easier for those who aren’t interested in building stuff in Max.
If you do end up using it to dev your own stuff, feel free to drop comments and bug-findings here in this thread, i’ll check in here about it.

Also, I got heavy into scripting for Kontakt and here are some scripts which setup a finger-drumming kit with controllable effects chain and stuttering capabilities… but for now, it’s only for MIDIFighter64:

A set of scripts to configure Kontakt with a drum-instrument controllable by a MIDIFighter64 and with additional FX chain control, stutter effects, and other weird shit. - RajaRez/KontaktScriptsFor...


(and it’s just the scripts, not the actual sample-library i use… i’m just posting this here for now because advanced users of Kontakt might find it useful… eventually, i’ll implement an OSC-to-MIDI bridging app so this can be used with monomes)

Basically, both of these things above will lead to apps/instruments interfaced by monome, so here’s the precursor announcement of stuff going into those apps.

Getting back into it these days after getting dragged down by an undertow some odd years past, Nice to see y’allz again, Hope all’s been well for Everyone, Cheers

"Lestat : Listen, Louis. There’s life in these old hands still. Not quite Furioso. Moderato? Cantabile, perhaps.
Claudia : How could it be?
Lestat : Ask the alligator. His blood helped. Then on the diet of the blood of snakes, toads, and all the putrid life of the Mississippi, slowly, Lestat became something like himself again…"
-Interview With A Vampire

nice ! I was going to use karma~ for a project but this sounds more interesting

so sample-accuracy == loop length can go lower than block size ?

Hey, Thanks! And ya, loop-length can go lower… But that reminds me, I should mention to be careful of 2 bugs: if you engage a large fade-time and accidentally choose a shorter loop-length than allows for the fade to complete(both the fade-in and fade-out(2xfade-time) should combine to less than the loop-length at all times), the object can get stuck and you have to set the fade to 0 to recover it.

There’s one other bug that can cause a crash if you’re running things ridiculously fast but resize the referred buffer~ to something smaller than it was before causing the playhead to wander outside buffer~ boundaries(not an easy crash to get if you’re using the object within a nominal playback speed of less than 4 or so).

Both bugs are avoidable if you are specific/careful enough, but two things I need to fix eventually, just letting you know

hi raja u r amazing and i feel better being here when u r here!

Thanks, Dude! (doing my best, and i appreciate your kind supportive words very much

forgot about this thread… i should link to here now:

Hi, i got this minimal design for a looper-external in Max, thinking it might find wide-spread use if i can tighten it up for general public… so if you use Max/MSP and feel like beta-testing, i’d love your input: (it’s main benefits are that it’s sample-accurate and takes care of de-clicking for you… but also has a ‘oneshot’ mode(triggered sample-accurately too), and hopefully will be pretty simple to use… i’m not sure if i created the best helpfile to show the simplicity, though …

(the rezer~ object is deprecated in favor for the new one i’m working on called ‘rez~’, but that’s also on hold now because recently started playing with an Electrosmith Petal, and creating a looper on that pedal unit is distracting - especially thanks to the small latency compared to what i’m used to always in the box

hopefully will return to finishing up rez~ by end of year)