Had mine for three or four years and it’s a great machine, the way everything “moves” is unlike other filter / oscillator combinations I’ve used.

As a self contained, unpredictable system it’s excellent but also serves as a useful CV generation device for other synthesisers (Serge in particular).

How’s it been going with Rung Divisions? I’m tempted but have not found many patch examples online, so not sure how it works with other modules…

Writing him is a terrific suggestion. (Why didn’t I think of that?) I’m rather torn between a Blippoo, which is put to such excellent use by pmj’s recording in this thread, and one of those Wing Pingers that Meng Qi keeps teasing. I like the pentatonic capabilities of the latter and wonder wonder if perhaps the maximal chaos of the Blippoo is a bit ore chaos than I need. (I am a bit OCD).

Yeah, I understand - blippoo can be very chaotic, but it can also not be… https://www.instagram.com/p/BeXiVrugYfJ/?utm_source=ig_web_copy_link

maybe over time it can be controlled more, but that chaos is in the heart of it I guess.

I was also eyeing the wing pinger… kind of like a partially quantized blippoobox in a way? still interested to see when it comes out and what is the price point…

The chaos is by design but you can control it and sort of steer it in a direction, when you learn how the knobs interact. He released a V2 a few months ago with a wider, lower range, so that it will go slower and sync. Richard Scott Posted a few examples on his Instagram

. Especially info from Richard Scott and user Neovintage who both have close links with Rob.

Also check out his latest albums which has Hordijk on them. The first and last track on this one.

Here’s an explanation of the new Blippoo from Rob

I’m rather torn between a Blippoo, which is put to such excellent use by pmj’s recording in this thread, and one of those Wing Pingers that Meng Qi keeps teasing.

I’m having the same problem, but somehow, I know the beauty of the physical instrument will end up more important than I care to admit. Advantage MQWP.

I like the pentatonic capabilities of the latter and wonder wonder if perhaps the maximal chaos of the Blippoo is a bit ore chaos than I need.

I haven’t really looked at the Wing Pinger but if a more quantised / staggered / less sweeping type of chaos is your thing then a Benjolin might be worth a look. I DIY’d one recently and it has more in the way of CV inputs than the Blippoo and potentially could be more “tameable”. I confess to not being very knowledgeable about true quantisation

That looks like a different style of euro benjolin I’ve seen? Do you have any more info and are they available anywhere?

It’s basically this one with some minor component swaps and an additional reverb section based around the Accutronics BTDR-3H digital brick. 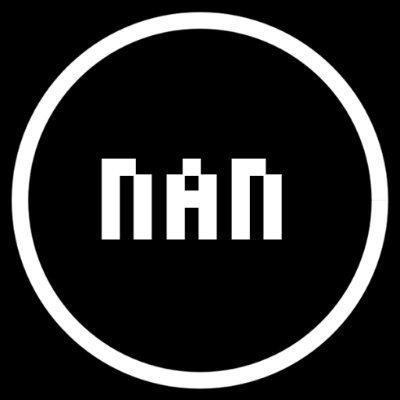 rob hordijk's benjolin in eurorack. Contribute to kweiwen/benjolin development by creating an account on GitHub.

Faceplate is a one-off thing via Schaeffer AG.

This specific PCB isn’t available publicly but the Kweiwen boards come up for sale over on Muffs and probably on here (I guess) when someone does a run.

It sounds significantly better to my ear than the Epoch Modular version that I had for a while, much more weight and definition.

there’s also the benjolin standalone version built by Macumbista, who announced he was producing a new batch for shipment w/in the next month or so. not sure if the waitlist is full or not but worth a try anyway—he’s a very nice person.

That’s interesting that the epoch one sounds different. I’d assumed they were near identical.

It’s all personal taste but I found the Epoch version to be flat and brittle sounding compared to this. The output level was extremely low and it was only really useful as a CV generator. Could be I had a duff unit but I compared it to a friends and his sounded similar to me.

As I say, personal taste. A lot of people seem to like the Epoch version.

You could look at Derek Holzer’s design, that seems to get a lot of love (no direct experience here):

(Sorry, double advice there with @qwoned)

The output level was extremely low and it was only really useful as a CV generator. Could be I had a duff unit but I compared it to a friends and his sounded similar to me.

Apparently the low output is “by design” as the Benjolin was originally designed to be standalone, so the final filter outputs were meant to be closer to line level than modular level. I found this out when trying to plug mine into the Twinpeak filter and noticing that output was very low. (Todd Barton shared that little tidbit with me - I bought my Benjolin from him and had mentioned the low output to him.)

I did the mod posted over at MW and it did bring up the output quite a bit. It may have added a touch of distortion, but I haven’t really noticed it. It’s also really easy to undo later if I needed to.

It’s been going well! I do not understand how it works technically but plugging signals (audio or control) into the inputs yields various interesting results at the outputs. For example, yesterday had some Just Friends shapes into Clock and some Piston Honda waves into Data. Rungler out to pitch in of Plonk and it was like whoa whow hoahoa. Some of the Rung Divisions’ trigger outputs are triggering other drums, too.

Thanks for the info, interesting stuff.

I may give it a go if they get back to me. I’ve got a Drezno that can similarly be clocked from lfo up to audio rate, and think the two may interact in a nice (noisy) way.

I’ve no experience with Juggler but i can say that finding an Epoch Benjolin used is much easier than finding a Twinpeak. Good luck in your search!

At the noisebox end of the Hordijk ecosystem 4 Benjolins and a Blippoo in play: 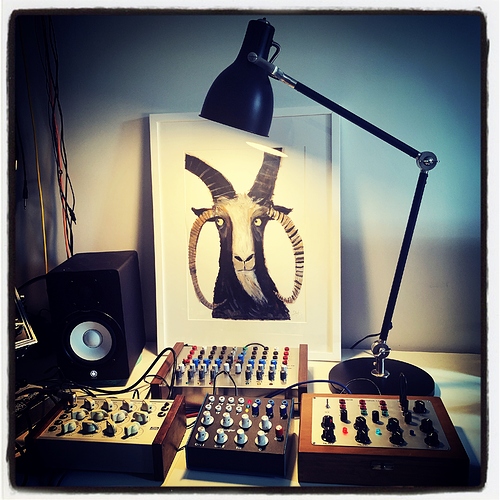 Guys, anybody has an idea how much the Hordijk system costs? And where can I order one?

You can contact Rob for info regarding various configurations, cost and wait time at rhordijk@xs4all.nl

I am getting very curious about the Hordijk system, looking at Rob’s lectures and demos all day.

Would like to hear some recordings where it’s been integral part of - any links? Just thinking about what all kind of material it can potentially produce. I think Hordijk’s instruments have kind of signature organic chaotic plucky sounds, which I do love… but wondering if someone is using it for example on some more subtle tonal things? Just would like to hear some variety and examples.