I just built the Robaux SWT16. Pretty easy build. I did the whole thing in one sitting. It took about an hour. Everything appears to be working. I haven’t had much time to test it yet.

The manual was very clear and easy to follow. There were a couple vague spots. Two of the resistors arrays need to be oriented and it isn’t clear. I was able to work it out with a little deduction and the multimeter.

The printed manual had a small typo/error, the online pdf fixes this. 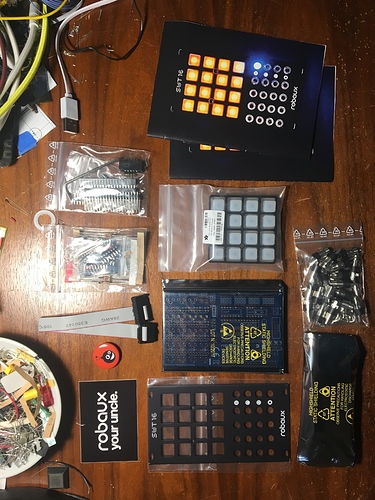 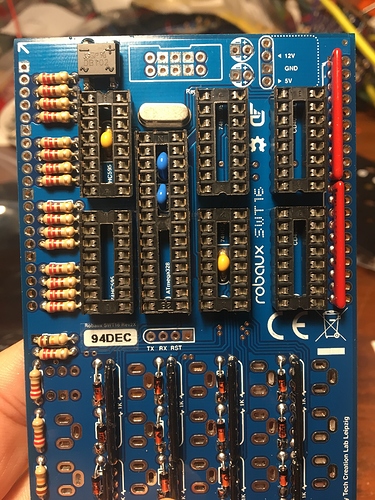 Most of the PCB done. 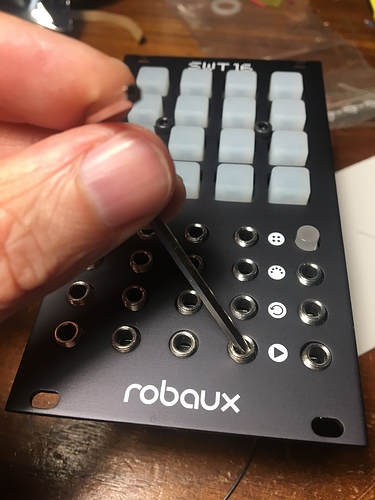 Putting the front panel over the jacks. This requires a bit of a steady hand since the jacks haven’t been soldered yet.

whats going on in the middle of the IC holders? are the yellow and blue blobs caps??? Never seen that done before. I mean is that good circuit design?

Anyway glad it was a successful build. The last 2 circuits I did (cheap ebay stuff) are still on the debug shelf… they either came with terrible documentation or chinese docs…

The yellow and blue blobs are capacitors. It’s okay to put them under the chips. It saves some space.

This was an easy build for me. It was my first eurorack project. This was all through hole and the number of parts was reasonable. Things were laid out well. I have built a bunch of fracrack and stomp boxes so that experience helped.

This is a really great module I have been playing with it triggering samples on the Bitbox. This is great as an old school drum machine.

The take up 4 to 8 channels and there’s still 8 channels left to trigger other things.

You can’t change the time division on any channel as far as I can tell. So times are 4, 8 or 16 beat patterns.

On problem I have is that my @makenoise Tempi won’t clock the SWT16 for some reason. It does work if I buffer the signal from the tempi through a VCA first. I say buffer because the VCA seems to set at unity.