I’m fascinated by the little Roland sound modules and have accumulated a few.

After the Aira series it seems like Roland were dragged to the market with product designs evoking their heritage.

The characteristics of the original products are only diminished in the small panels and the size of the output sockets, as I find the Roland sound is good and requires little EQ to fit into my mixes.

Just got the JX-08 and the polyphony opens possibilities, although I feel the physical construction of the unit feels less sturdy than previous releases with the metal edges sharp-ish too touch and the MIDI sockets feel tighter (then there’s the switch to USB-C, which is messing with my available cables).

I like how they combined a couple of Juno models in the JU-06A and reckon it’d be great if they combined the TR-707 and 727 in a future Boutique product.

One thing I don’t understand are some inconsistencies in the design.

For example, the options to access the MIDI channel is a different combination of buttons in most of the products.

And it’s weird when you look at the Roland logo on the Boutique range, because there’s no consistency in the size or placement.

Anyone else have views on Roland’s Boutique products?

I own the JU-06A together with the boutique keyboard.
It’s a really handy synth especially for live because of the size. And it being a Juno means that it’s very easy to dial in good sounding patches. I also have the teal Juno 60 and I must say it doesn’t sound similar. The resonance on the filter seems to have a really different character and it lacks the overall woolly warmth of the JUNO-60. I think the JU-06A sounds better in the 106 mode.
I also played with the 303 once, to me it didn’t sound like the real one at all. And I played with the 808 version once and that I really liked! Especially because in the menu you can alter extra parameters like bassdrum pitch and snare decay. And to me it sounded really genuine.

Very interested in the new JD-08, the demos sound good and I liked that particular synth (JD-800 / JD-990) a lot. I just kind of wish that as they’ve upped the maximum polyphony to 128 (depending on patch), it would have more than 2-part multitimbrality, but I suppose that would be a silly idea in practise as the UI is so small and spartan.

I was about to buy the JU-06A about the moment it was released until I realized it’s only 4-voice. I guess that’s by now an age old and tired complaint, but somehow it feels that for a poly that begs to be played with a keyboard (at least in case of the original), 6 voices is minimum / the sweet spot, eg. able to play two three note chords with release tails without voice stealing.

I’ve had the SE-02 for a few years now (very nearly bought the SH-01A to start) - It’s an absolutely monster. The CV ins are very welcome and it plays nicely with everything. The USB audio isn’t half-bad, either.

I bought my best friend the JU-06A for Christmas 2020, and if I need a polysynth that isn’t the summit, I’d grab the JX-08, especially now that it’s not limited to 4 voices of polyphony on their new engine.

Honestly I feel like the whole format works best now that they’ve ditched the touch strips, so I’m looking forward to whatever they do next. If they update the Jupiter model from the 1st run I could see that being very successful.

I dig em. Lots of improvement to the recent ones:

@Shiftr I got a secondhand TR-08 on a whim and it does sound good. I use it more often than I anticipated. And, yes, I haven’t found an occasion to use the JU-06A in Juno-60 mode, as it seems a lot crunchier but maybe I will challenge myself to use it.

@kbra The JD-08 looks incredible and raises my expectations for how many sliders they can squeeze onto the Boutique chassis!

@nkozi I just got an SE-02 and like the thick sound. My SH-01A is the only Boutique I have with touch strips and I like the immediacy of using them, but find the pitch/modulation options limited.

The JD-08 looks incredible and raises my expectations for how many sliders they can squeeze onto the Boutique chassis!

The sliders on the JU-06A are almost twice the size of the sliders on the JD-08 and the JP-08.
The JU-06A ones are just usable in a live situation. I’m sure the really small sliders are to small to be usable unless for taking time to program a patch.

i own both the first edition JU-06 and a recent JX-08. the 4-note polyphony of the JU-06 is too limiting for the sweet sounds it’s capable of. the JX-08’s build feels more solid (my JU-06 creaks), but it’s harder to see in the dark, compared to LED sliders of the first wave Boutiques. i like the square sequencer buttons more than the blue-lit ones, the 3-character display is a big upgrade over using various blinking lights to indicate stuff. on both it’s easy to see that adding more features at this size is a huge challenge.

though it has dropped one of the interesting crossmod modes of the original, the JX-08 is more versatile as a synth. the JU-06 sounds more… “robust”. i think JU and JX use different emulation engines altogether.

i’d recommend both any time.

I think the JU-06 sounds great as well, just 100% sweet spot. I was nearly tempted to sell it at that point after they sold out where they were going for silly money, but I found it too useful as an MPC companion for getting thrown in a bag and going out and about that it stayed. And in fact I ended up adding a TR-09, which I also have a lot of love for. With that said, both are currently on loan with my brother who’s getting into electronic stuff coming from a guitar band background - to be honest I couldn’t think of a better recommendation for a learner synth than the JU-06. The simplicity and directness of the interface and the fact that you basically can’t make it sound bad even if you try more than outweighs the limitations in terms of polyphony imho.

@Shiftr Yes, it’s a wonder how much expression can be squeezed into a 10mm fader.

@eesn I think you’re right about the emulation engines, as it makes sense of the increase in capabilities shown in the recent models.

@squarepeig I reget not grabbing a TR-09 when they were available, since they’re going for silly prices now.

I think you’re right about the emulation engines, as it makes sense of the increase in capabilities shown in the recent models.

Yes they have dropped the ACB (Analog Circuit Behaviour) engine in the recent models. The new ones is more plain virtual analog. That’s why they can do a lot more voices.

I’ve owned the JU-06a, SH-01a, and TR-08. I really loved both of the synths and they pair well. The JU-06a’s high-pass filter helps it sit in a mix well, while the SH-01a in polyphonic or unison modes sounds absolutely monstrous but can be a bit more difficult to slot into busy tracks. The TR-08 looks really cool but as everything one tends to hear using an 808 is processed, I found the raw sound worse than using samples. So I sampled it and moved it on quickly.

I never realized the SH-01a was polyphonic!
And 808 samples yes but nothing beats the hats and cymbals coming out the real thing and this one is very close!

Nice topic! Thanks for creating it.

I really dig the Boutiques, even if I don´t have many of them. Perfect format for producers that like small, portable systems like me, close enough to the classic sounds and very beautiful to my eyes.

I own two D-05 (I´m quite obsessed with those early digital Roland sounds, very japanese and melancholic), a TR-08 (which is a beast and very fun to use) and the new JD-08 (very beautiful sounds, with the whole 4-part complexity and two sequencer layers/lanes - but it´s sad that it doesn´t support uploading patches!).

I’d wondered if Roland would make a Boutique Space Echo. then I saw they have recently announced new guitar effects pedals. (Coincidentally, I sold my Boss Space Echo pedal the week earlier and reflected how I’d probably keep it if it had more flexible routing. Did I see their new model has feedback output?)

The company have a history of making guitar synthesizers in various guises and that could be a fruitful direction for the Boutique series. I’m imagining a dock like their foot pedals with a guitar pick-up and a few buttons to cycle through the presets on the synth you put in it. Inputs for expression pedals.

That’d be a dream for me.

I love my JD-08 even tho the sliders are tiny af.

@Shiftr Sometimes I wonder if anyone ever asked for a polyphonic SH-01, but mostly I use mine for basses.

As for ACB, it’d be cool if they modeled behaviour on bent circuits. I’d love to see emulations of mods like those developed by Diabolical Devices.

@aeoner The D-05s got bought up quickly, I hope there’ll be another FM synth announced.

Not exactly off topic but maybe slightly off the spirit of the discussion: are you managing to MIDI sync norns with Boutiques?

I’m struggling here with the JD-08 and the D-05 - they don’t even shows on the MIDI selection. I’m using the same cable that instantly shows OP-Z, so I suppose isn’t a data/charging cable problem.

There is a step that I forgot to do?

Are you trying to connect your Boutiques via USB?

I’ve been discouraged to try so far because of the need to use a recent OS.

I’ve got GAS for these two, i shouldn’t really as i already have a few 303 vsts. 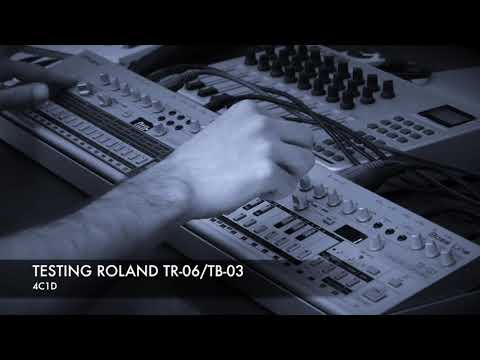