Seriously though, did you see the price on this thing? Damnit, Roli. (unfortunate naming though) 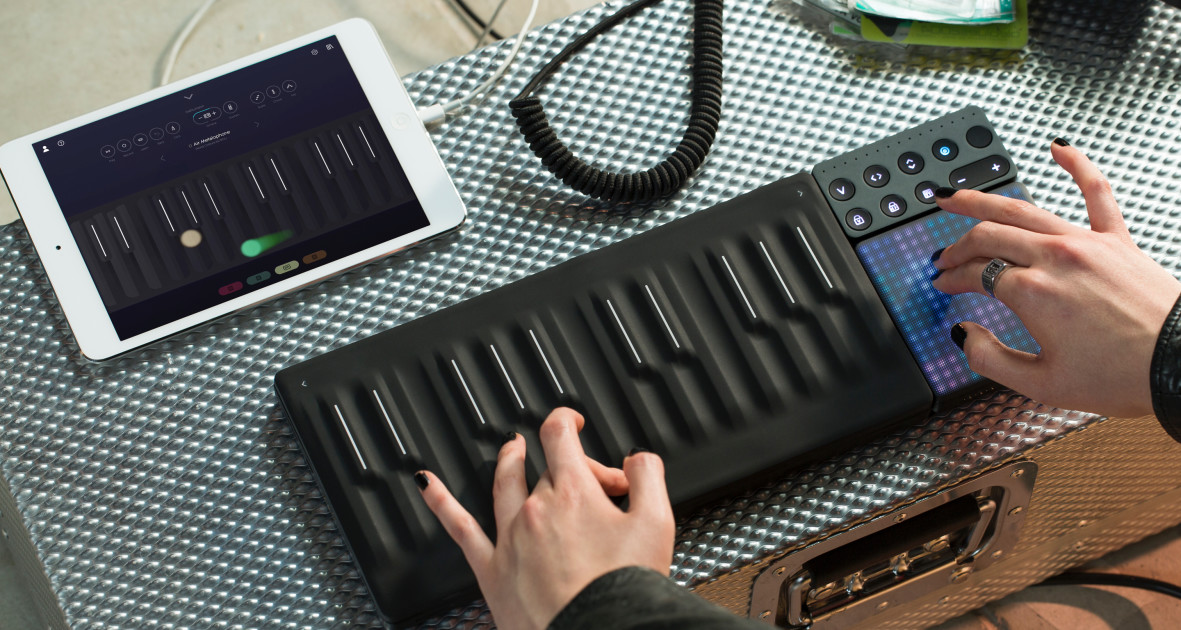 BLOCKS: The Instrument That Grows With You | ROLI

BLOCKS is the modular music making system that grows with you. Each Block is incredibly powerful, putting musical expression right at your fingertips. Start with one Block. Connect more Blocks together. Customize the instrument that’s right for you,... 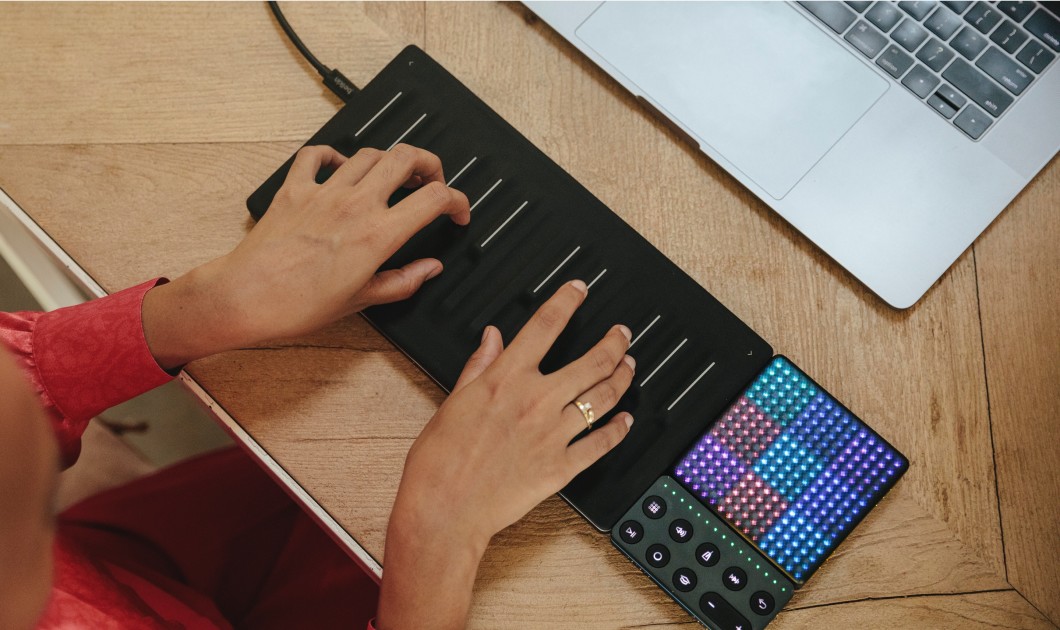 Discover the instruments of the future

As someone pointed out on KVR, 30 ms of latency is a hell of a lot for a music controller.

However, here’s what I was looking for:
“Yes. The Lightpad Block can be used with desktop apps including Equator, GarageBand, Logic, Max, and more – any app that supports multidimensional polyphonic expression (MPE).”

30 ms of latency is a hell of a lot for a music controller.

This is very true…

On the bright side, the 30 ms latency is for Bluetooth MIDI. MIDI-over-USB is probably better. USB-C though, so prepare for Dongle Town.

Currently, it looks like you can only use the built-in modes and not address the LEDs from Max (so no custom apps yet). Regardless, it’s a great price for a wireless MPE controller.

A couple of gripes:

But I find the move downmarket by Roli to be fascinating.

They took on $50 million of investment, so the pressure is probably on to make more mass marketable products.

I wonder if this one will do the trick, or if they’ll have to keep moving further in this direction.

Totally. Color me baffled, but that’s how I generally feel about VC money (and I say this after 19 years in Silicon Valley).

Yeah, I am not sure how they managed to raise so much capital or why they even wanted to. It really makes me wonder if they have some crazy ideas they hope to pull off in the future.

Sigh. I didn’t need to see these… limited note range yes but the size great.

Yeah, I initially thought they were kind of silly till I saw they can be connected to a computer and function as a regular MIDI device. Now I kind of want one

That’s cool that you can use it in Max. I’ve been looking for a compact wireless MIDI controller for a while (so the apple remote looking ones). So that might be the ticket.

I don’t really know anything about their gigantic investment other than reading that they got one, and the accompanying big push on the c74 webpage and stuff. The seaboard on its own is pretty unremarkable looking, and from someone who’s used one a bit, pretty unsatisfying so /shrug. But perhaps they have more exciting things coming out (I wouldn’t necessarily count this as one of them, especially as a comment I had seen elsewhere was “why would you use a phone sized touch controller to control your phone”)

They should have invested the 50 millions in web design.

I did not get it on that site: Is it a touch display for an iPhone?

Yes and they own JUCE now, so when they go pop, they’ll take that with it.

I think they have ‘missed’ an opportunity here…

Id have been interested if you could clip N lightpad blocks (5x5) together to form a large continuous playing surface (5x30?). but you can’t, as they have a border on the edges, and so there would be a dead zone between blocks.

Roli have in the past created variations, and they implied that there would be other blocks.
so perhaps we might get a larger block - a 5x30 block would be similar to a linnstrument, but with the added advantage it would be continuous in the Y dimension (like the Soundplane)

one point I find interesting is, Roli brought expression to the keyboard form factor with the Seaboard, yet now they are turning to grids. which is direction the majority went (Soundplane, Linnstrument, Eigenharp)

anyway, too small for me in this form factor, but its great they are going to bring MPE to more people, and the tie up with Apple, might allow more to feel the difference between a dedicated ‘controller’ vs the iPad.
(I assume we also will start to see lots more apps supporting MPE, so good for those of us with other MPE controllers

Yes and they own JUCE now, so when they go pop, they’ll take that with it.

Indeed, especially with Max and all.

I think they have ‘missed’ an opportunity here…

When you start off with a piano keyboard, you’ve kind of put a lot of eggs in a basket, though they seem to be shifting gears here with this smaller/cheaper stuff.

I was at a talk the other day (by balloon guru Judy Dunaway) and the questions veered into a territory where she brought up a great Cage quote about how disappointing that he found what Clara Rockmore was doing with the theremin (giving it ‘notes’) vs what it was capable of. In a way it’s a west-coast vs east-coast thing, but in general I think “imagining the future through the past” isn’t the best way to go about things, but I’m a nostalgia-phobe.

Does that mean I can snap 3 or 4 (or more) together, and connect just one via USB to get them all on? Or do I need to connect each one…?