the DAC, mixer and (i think?) buffer are still available, i haven’t compared to see if they respond differently compared to a powered circuit, but they work well enough to have a function. especially handy to have more R2Rs available, to attenuate a signal or generate a second arpeggio etc. 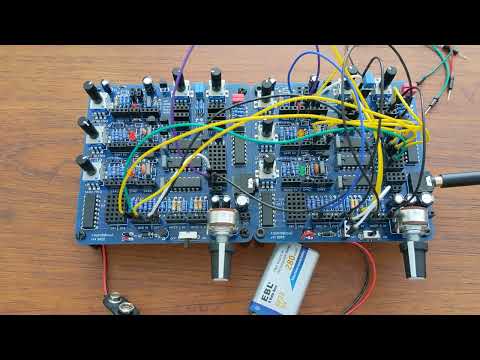 as a sidenote, i cross-patched a (5v) roundabout with volca modular and nothing blew up

as a sidenote, i cross-patched a (5v) roundabout with volca modular and nothing blew up

Thanks for taking the risk

A good reason to build it in 5v

Confirmed working fine with a ripcord, crazy chain and battery snaps
only tested briefly but there seems to be no impact on audio quality

for whatever reason i assumed a centre-positive ripcord would be the way to go (most synth stuff is ctr+ ?) but actually i had to use a centre-negative one. so i’d need some kind of voltage flipper to use the same chain for any other synthy bits like the mixer here or a volca or whatnot. unless going snap into snap like this is switching things round at the last minute? dunno, i am confuse

edit: ok it is a clip thing, somehow, i found a couple of different snaps from this set and they worked with centre+ as expected. 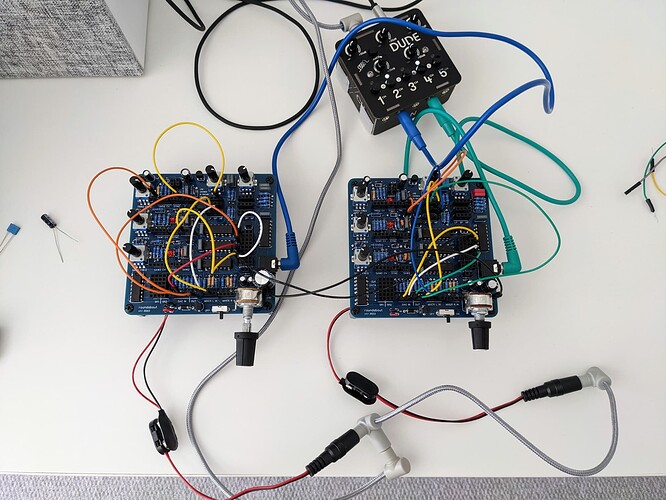 Whew, glad you got it figured out. That certain does look like a crazy chain there

Thanks for all the testing you’ve done and the awesome videos!

Howdy @mattkuebrich !
I had a funny idea about this.

I use the Tangible Waves modular format which is somewhat smaller than Eurorack, and works in the 0-5v range. I just realised that physically roundabout is the exact right dimensions to fit in this format’s rack! What’s more, as far as i can tell from testing roundabout also operates strictly between 0-5v. I figure that if i bypass the voltage regulator it would be feasible to power direct from the rack’s 5v supply, then i could remove and bypass the on/off switch, volume pot and 3.5mm out, and basically end up with a synth module rather than a standalone unit? Buuuuut i’m relatively inexperienced at DIY so there might be something i’m overlooking! What do you think?

Oh cool! I wasn’t too familiar with Tangible Waves, but read up a bit. Seems like your plan should work! I’d love to hear how this turns out.

The mixer won’t work since it’s goes directly to the volume pot/jack, but that’s about it circuit wise I think.

I’m also not totally sure how the AE modules are mounted in the rack, but looks like the roundabout standoff holes won’t match up to the AE spec for the mounting holes. That’s all I can think of.

While I’m here I wanted to post your awesome video from about a month ago. You’ve managed to squeeze lots of different layers of sounds out of it. And I love the techno tempo slow down at the end, yessss. 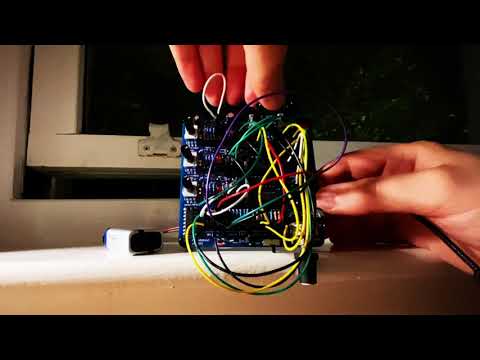 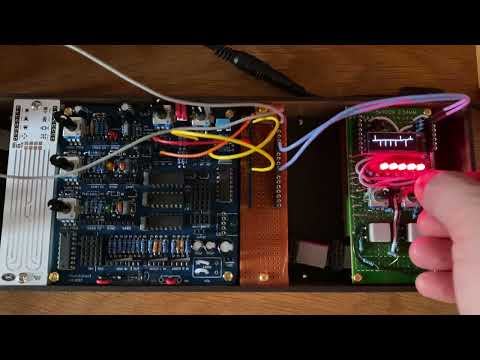 It worked fine! The mounting holes were a bit off but it was easy to drill new ones.
I hadn’t factored in the voltage drop from the diode - not a problem when using a 9v battery, but with the AE standard 5v supply i might be underpowering the circuit a bit. I’m considering removing the diode but don’t know if that’s a terrible idea

Whoa nice, that’s awesome to see working! The diode (as you probably know) is for reverse power protection. You could bridge it temporarily with a wire to see how much it helps. And if you remove it, just make sure the power is properly connected.

I’ve finally build mine. Having loads of fun. 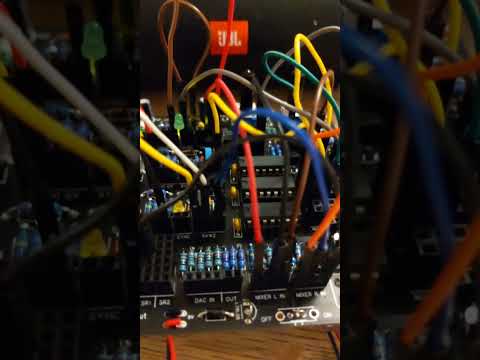 But i’m wondering if saw1 and saw2 are working right. Without using modulation they only have a little bit reach in the audio frequency on the total right range of the pot. The 1st oscillator seems to have normal audio reach over the whole range of the pot.
Is this normal?

Oh nice, thanks for building it! The saw oscillators have a much wider frequency range than the 1st osc, but you should still hear some freq pulses through nearly all of the pot’s range.

When I have a sec I’ll record what mine sounds like while sweeping the pot’s range and we can make it’s the same.

Aha… no my 2 saw oscillators just break down at lower frequency’s. I think i have to look at the capacitors in the oscillator circuit. What does the cap in the buffer on the end of the osc do? And what difference does the value make?

Here’s a real quick video of the (audible) frequency range of both the saw oscs. 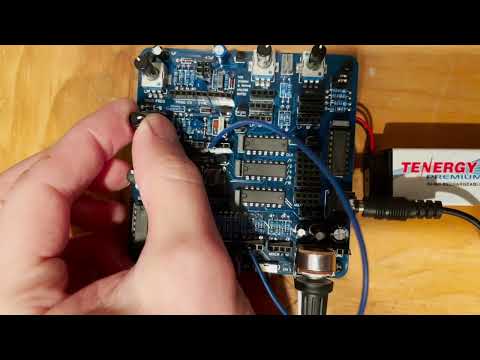 I think you’re on the right track. The caps across the buffers form a simple filter to help retain the saw shape, but you could do without them. If those cap values are too high it could be filtering too much out. I’d try checking the values or removing those caps and see if it works better. Here’s the locations of those 2 caps on the pcb. Let me know how it goes!

Edit: Oh and yeah as you said, check the value of the caps setting the speed of the oscillators… they are directly to right of the red circled ones. 2.2nF for saw1 and 47nF for saw2. 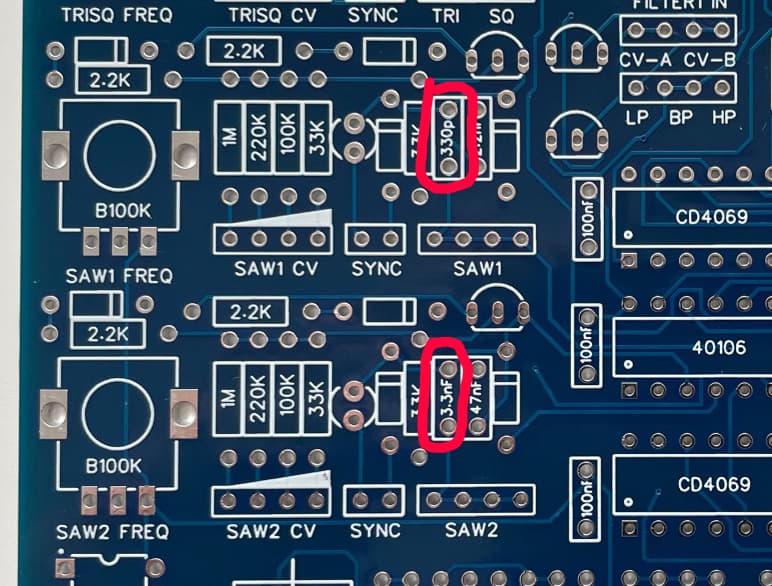 …was probably a bad connection on a soldering joint somewhere.
While experimenting with caps I settled for 2.2nF and 22nF for the frequency caps and 220pF for both the filtering caps.
It’s a different machine again. There were also some nice sounds yesterday with the ‘broken’ version that I can’t repeat now. Much to experiment and explore here!
I’ve also still got a Klangorium PCB laying around for years that I should finally build now! 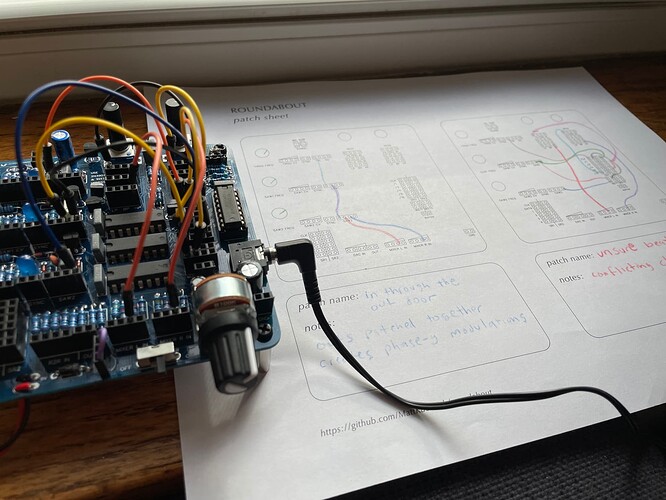 I just posted a blank printable patchsheet for roundabout on my Github if anyone wants to document their patches.

The first patch is something I was playing around with yesterday… connecting all the oscillator outputs together to create a "non-linear mixer” (I believe). It creates some cool beating/phasing sounds. You could also patch all 3 oscs into the mult. That’s usually considered a no-no when patching synths, but it works here without any ill effects (btw, I’ve never been able to patch roundabout “wrong”). It evolved into this noisy patch, which reminded me of a deranged guitar solo.

will roundabout be available sometime in the future as a built instrument (for the soldering challenged)?
merci beaucoup…

It’s a very long time since I’ve been on lines — this looks really interesting! I currently make modules (as wonkystuff) for the AE Modular system, so I’m interested in how this might integrate with the system. I’m away from home right now, but will take a more detailed look when I get back. Great work

I’ve been thinking about it but not sure yet.

Thanks! I’m sure you saw @blue-roses posts above. It seems to work nicely within an AE rack but I haven’t tried it personally. Let me know if you have an questions. Your wonkystuff modules look great BTW.

Heh, yes - @blue-roses post was what brought me here (the AE Modular discord mentioned ‘lines’ and I thought I hadn’t dropped in for a while

@namke i’m sure you’ll do a a better job of it than me!
some of the sounds from roundabout remind me of the two kastle modules you adapted for AE, but it also has a character of its own.

i’ve been distracted so haven’t had a chance to try removing the diode yet, but i still intend to try!