It was only a matter of time before CREEKS showed up here! Brilliant sketch and low end. I love hearing this community’s voice. Thanks for sharing.

all these demos are making me swoon

Thanks for making this! Now i really have to fix my audio inputs…
These demos also make my think of this Teenage Dirtbag cover by Sega Bodega and Dorian Electra, and the whole EP actually, just love these effects on rawly recorded voices…

It was personally 100% motivated by the idea of it being a confidence booster for self concious voices, seeing it live up to that has been wonderful

I’ve been so enjoying playing with this and been thinking i would maybe enjoy it even more if I could sing along whilst playing guitar. This reminded me about the original monome earthsea module, that had looping and playback built into the grid UI… whereby you record ‘shapes’, patterns and slews and have them loop, in timed or non-timed ways. I don’t have the coding chops to carry this out but wanted to throw out the idea, along with appreciation to @sixolet … !

I can’t take all the credit — the shape of the script was based on a pile of ideas @nonverbalpoetry had about how they wanted to do vocals.

As for that desire, I agree that the idea would do well paired with a midi looper or similar. I might make some further movement in that direction, but it might or might not be part of this script; one of the things I want to preserve about this particular script is feeling simple to use.

… that said, I do also want someday there to exist a midi looper mod. And I want it enough I might write it. So many projects!!!

Edit: as usual, @infinitedigits has written something: middy

Would it be possible to utilize Crow in some form as well? As in instead of playing chords, sending cv from a sequencer to change the pitch monophonically? (Or would that sound bland? I’m very inexperienced with vocoder and autotune so don’t know if chords are a must)

We can also add the quantized voice pitch out on one of the crow’s outputs, and maybe even an amp follower on another we’ll see.

Welcome back to Instagram. Sign in to check out what your friends, family & interests have been capturing & sharing around the world.

This script is addicting. Thank you both for this lovely masterpiece script.

count me as a success on that, thank you

so im not justin vernon

your version is incredible. great dynamics and enunciation

but I did the thing

your version also blows me away.

you all are so talented! hope this thread continues with more musical vocal expressions.

With the idea of using a crow input (crow two preferred at crow 1 is default for click input. Would it be possible to implement a type of auto harmonisation similar to the qubit chord?
Would love to input a sequence from Kria and have my singing or mono synth harmonise with the rest of my sequenced voices.
There’s some great voltage table reference material in the qubit chord v1 manual

Heh the code for that is like mostly written, before the script release, but I haven’t shipped it because it wasn’t yet simple enough to use. I’ll take another look at simplifying.

That would be wonderful

Do you think that it could be possible to make an « automatic scale detector » : when a midi chords/notes sequence is played, the script automatically set the script to the correct scale to use ?

This could possibly work as something where the autotune will only snap to midi notes that have ready been played, with a reset option to forget all midi notes, and an option in scale select for ‘custom scale’.

This wouldn’t be true scale detection, since this is very hard to do and dependent on the root note, which is hard for an algorithm to determine. For example, c major and a minor have functionally exactly the same notes, and only differ on root note.

So scale detection where the script will automatically choose the scale based on the notes you play is just not possible, but a ‘custom’ scale option to play all desired notes and use that as the scale is feasible. This method would also require ‘listen’ and ‘forget’ options in the UI which would complicate things.

Fwiw, I’m pretty sure @sixolet is planning to use the same sound engines to create a more experimental, completely different script with automatic chords based on sung note and other juicy stuff, so we are keen to keep sacred cyborg harmonies as simple as possible, to exist as a counterpoint to this.

This is pretty amazing! So far I’ve mostly tried playing a touch-controlled squarewave thru it, need to dig out my volume pedal then I think I’ll be all set to record some real robo-singing

The only “rule” is that it’ll get super confused if you try and input audio that’s polyphonic already. 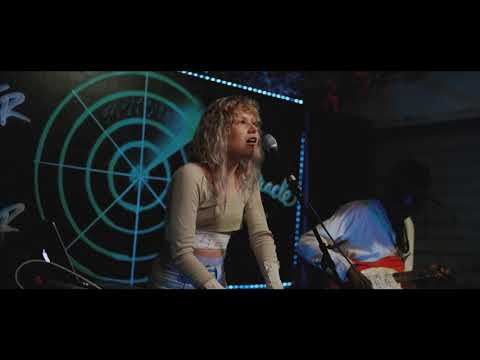