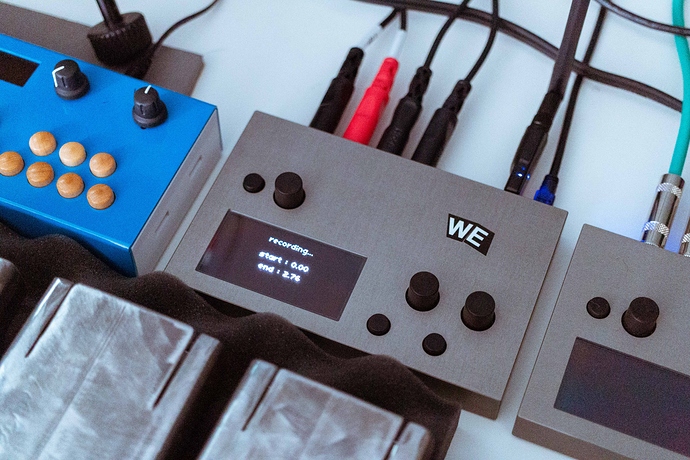 record a sound. set start, and end points. save to tape. 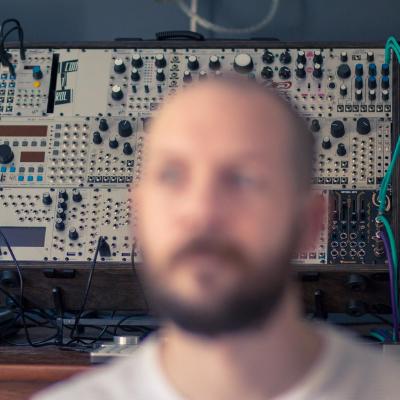 a simple sampler for monomes norns. Contribute to justmat/sam development by creating an account on GitHub.

niiiiiiiice. been dumping modular elements to mess with in MLR for live and camping etc, and was wanting a way to make better loops. stoked!

I am going to add sample loading as well, I just haven’t quite figured it out yet. soon.

nice! seems there’s demand for some more features in the TAPE menu screen

This really makes Norns play well by itself being able to tailor samples for scripts that loop samples. Ive been waiting for something along these lllllllines. Thank you!

That would be very awesome

I wonder if there would be an easy way to snap to zero crossing like on the 301?

I just pushed a quick change/update. Adds file loading via the param menu.

great! I wanted to do something like this but couldn’t find the time to figure it out. thanks for doing this.

I wonder if there would be an easy way to snap to zero crossing like on the 301?

also @Justmat a suggestion if i may: might be good to export with post-roll, accomodating the fade-out time introduced by softcut’s looping algorithm. (write the interval [loop_start, loop_end + fade_time] and maybe an extra couple ms)

Thanks for the suggestion! Advice is always welcome

Just pushed this change, as well as a small bug fix.

This is awesome. I’m new to Norns, but was already gearing myself up to do a bunch of recording and sampling in Ableton to then put onto Norns…until now!

Im not sure if it was a bug but last night when using this to attempt to record some samples I was having an issue with the script not allowing me to record over 2 seconds. It would keep looping the 2 seconds

This is definitely a bug, when did you install? It should be fixed in the current version.

edit: looks like I neglected to update the thread when I fixed the bug. apologies!

edit the second: @Prnts, please let me know if the problem persists

Huh, had a couple long sample dump sessions this week, just went back through to rename things and SAM left long silent tails (like an extra 2 seconds) on many and also saved entire clips that I was chopping from instead of the trimmed bits. It didn’t happen on everything, but on quite a bit for sure. Since I’m just now noticing, I don’t have a great idea of what was happening in the box when these issues happened.

I did have to hard reset twice after chopping up longer bits, both Norns and maiden became unresponsive when I tried to load new tape files into the buffer to cut up. I’ll keep an eye out next session and try to grab maiden readouts if it happens again.

EDIT: My mistake, with the un-trimmed files, I was too tired and forgot that I switched back to sam to pull some unfiltered sounds from my modular. So the second issue was user error. The long tails are still not something I’ve figured out.

sorry for the trouble! I’ll give sam a look over. if you could grab some output from maiden next time, it would be super helpful!

unless you use TAPE

i’d highly recommend running latest update if you haven’t yet, for any script that uses the softcut buffer-write features.

@zebra thank you for the reminder.

Sam is up to date according to the file manager

I’ve been chopping loaded tape files for a bit and Sam is starting to act up again. It was working just fine for a handful of samples but is now spitting out files with long silent tails. I was not monitoring in maiden, and now that I am I can’t get the error to repeat. I was thinking that it was an issue with very short sample lengths being saved, but it does just fine as long as the short sample is the first thing saved from a loaded tape.

Where I am running in to issues is trying to load a tape and then cut several short samples out of it. The first short sample will save properly. However, when I move the start and end point of a loop to later in the loaded file and attempt to make a short sample to export (0.50 seconds for example), Sam will save a longer file (2+ seconds in this case)

Maiden is not returning much, I don’t know if it is because I am connected via Cyberduck as well?

Here is what is coming back

Thank you again for any help. Appears that this is only happening if the second (third, fourth …) sample I am trying to save is shorter than the first. I can seem to get around it by re-loading the longer tape file to save the second(+) sample.

Yeah, that read out doesn’t say much/anything of note

This is probably a script problem, and I will have some proper time for it tomorrow.

edit: Ah! pretty sure I know what’s going on. I’ll try to get a fix out tomorrow, sorry for the troubles!