samantha is a good listener. 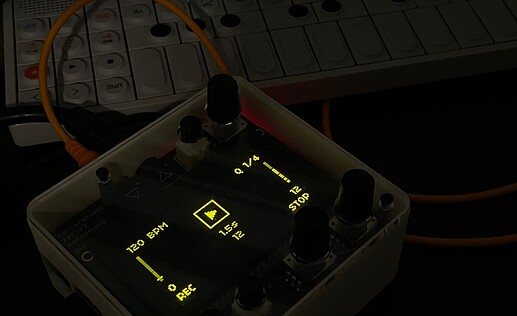 lots of wonderful scripts require pre-recorded samples to function. samantha is a quantization-heavy sampler aimed to keep your entire workflow on norns by making it easier to create instantly-usable samples. it’s hacked together off of @Justmat’s sam (get it?); i started to add the features i wanted and then quickly realized i should probably just fork the whole darn thing. so here we are.

this is my first proper attempt at scripting, so i would love feedback (or PRs if anyone is so inclined!). i hope someone finds this useful, especially once i get it into a very stable state.

norns & an audio source to sample! 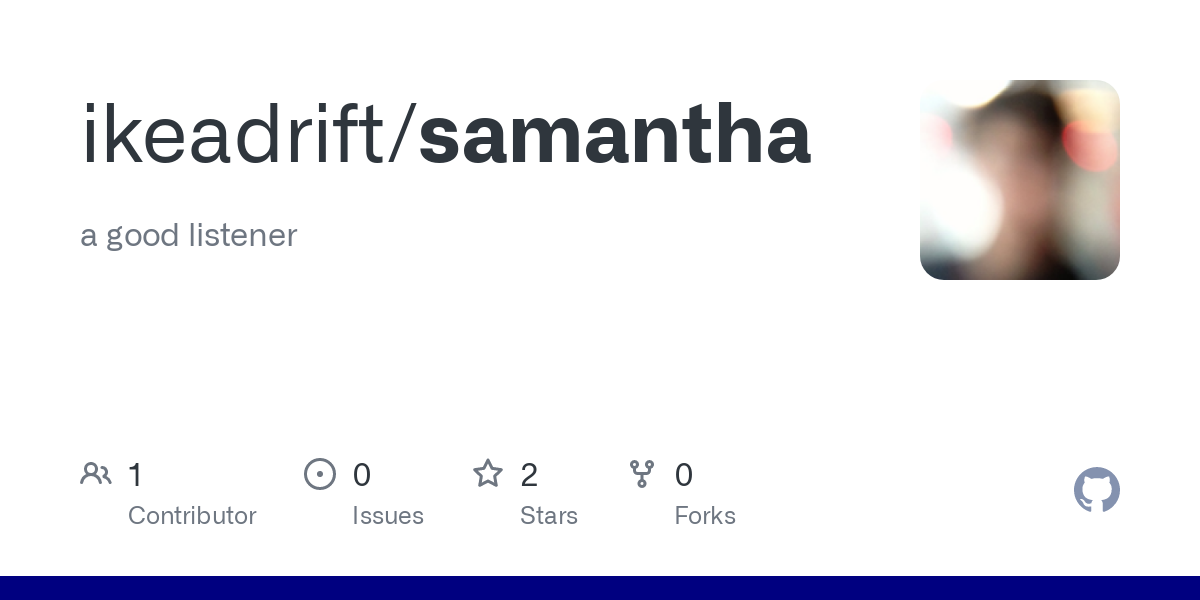 a good listener. Contribute to benzweig/samantha development by creating an account on GitHub.

Brilliant, I can see it being so useful. Thanks for this

Nice! This is sorely needed imo. I build a similar script but didnt polish it to a releasable state. Plus I used sox which isnt very shareable :). If you want some input on a feature give me a shout. this was the code I had hacked together: capture/app.lua at master · dansimco/capture · GitHub

nice work! can’t wait to check it out

This looks so fabulous! I’ve not got Norns at the moment (waiting patiently for the next OG restock and my shield is loaned out) but this might fulfil my dream of doing everything within norns for music making while travelling.

Can tape be used as input? I can’t remember how the routing works with tape and softcut (and seem to remember this might have changed at some point). Ideally I’d like to be able to create material using something like Plonky then chop it using Samantha for later reworking in Cheat Codes. That kind of thing

EDIT: oh, and can it take a sample as input as opposed to just live audio? So, if another script produces a file, could Samantha then trim it?

Can tape be used as input?

just kidding! can’t do that.

oh, and can it take a sample as input as opposed to just live audio?

can do this though! loads files just like og sam.

@dansimco thank you! this could definitely be helpful, i’ll reach out if i have any specific questions.

Can tape be used as input?

no, not directly. of course you can just load a tape file to the softcut buffer instead.

figure out why the softcut buffer is distorted and doesn’t match monitoring—would love some help with this.

i haven’t tried yet, but i did notice that you are mixing both ADC channels at full volume to softcut’s voice 1 input. whereas the monitor path in “mono” mode applies attenuation of 0.5 to each channel before mixing. to avoid clipping.

ah, helpful! thank you. how would i pipe the monitor path into my buffer?

you wouldn’t. i mean try changing the amplitudes at which you’re summing the softcut’s input channels to the voice 1 input in your script, here:

also you have the engine->softcut level turned up, which i don’t think is doing anything but shouldn’t be necessary

other stuff like filter levels should be OK at reset defaults, but that’s something i’d double check

again these are just quick ideas, i haven’t sat down and tried the script sorry