No solution is fair and though this thread is about legal implications I’ll share my radical view once again: nobody owns sound and money shouldn’t be exchanged for music

I agree fully from a philosophical view. I was trying to come up with a solution that while a compromise could work under a capitalist system and still(?) provide money for artists to pay bills. Either way, I don’t see major labels and lawyers lobbying for changes to intellectual copyright law.

I just want more albums like Paul’s Boutique and Nation of Millions to come out. Right now it doesn’t make financial sense. 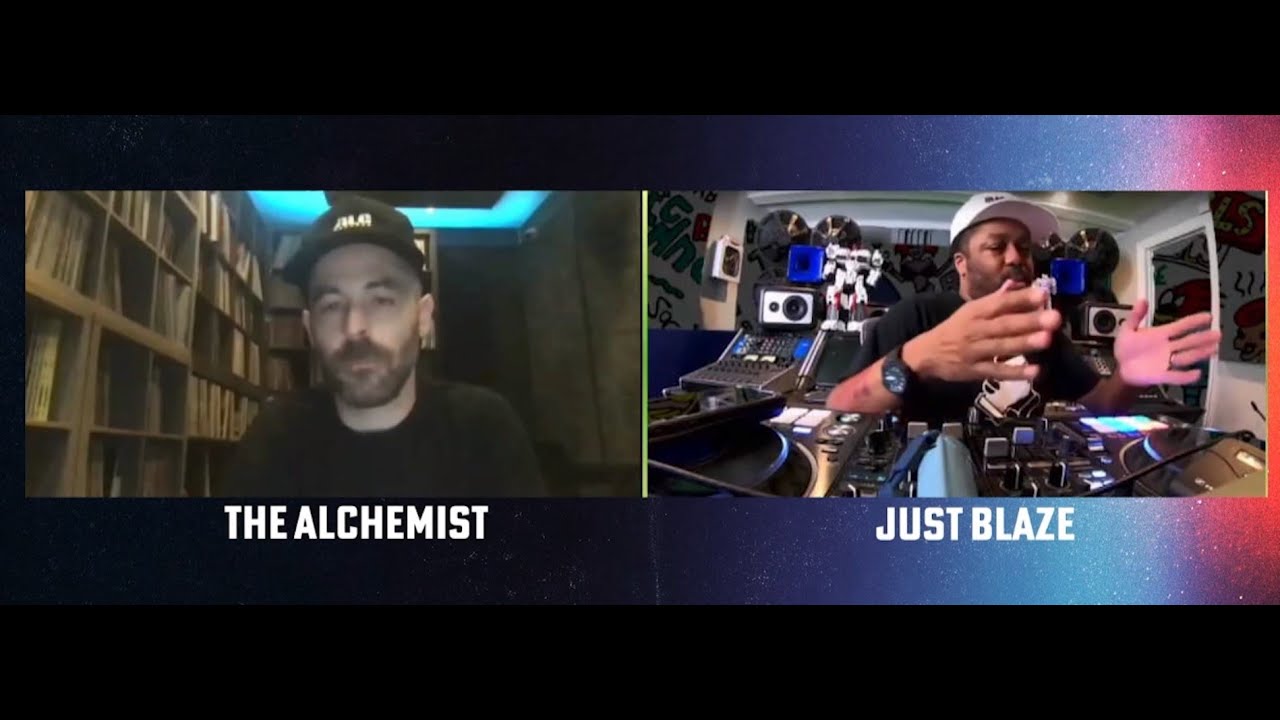 This conversation between Alchemist and Just Blaze is gold. They talk a lot about the type of stuff we’re talking about but it’s interspersed throughout the video so I can’t give you a timestamp. You’ll just have to trust me that it’s worth a watch/listen.

Thanks, that’s the half of the picture I omitted. If that’s the route they choose, it seems the producers and labels are being tracked down too easily compared to graffiti artists and need to be more untraceable. I imagine the music being on a service programmed to be as impossible to shut down as The Pirate Bay, perhaps with fans donating Bitcoin to artists.

The other difference with graffiti is that it actually damages the property. I’m with you in that I don’t think sound should be protected to such an extreme. I’m happy to pay money for music, but finding out where a sample came from is free publicity for the original artist, hardly damaging.

This whole thread has been about sampling copyrighted music. Does anyone have information or opinion about other broadcast material/

What if i want to use some snippets of donald trump or of his crazed supporters in a track, that i sample off the news? Do i have to clear that? Whith whom?

What if i want to sample a few seconds of amanda gorman’s poem/recital at the inauguration? Do i give her a co-write? How much?

What if i want to use the sound of gunfire in tigray as a snare loop?

‘asking for a friend’

Surely in many cases artists could get similar-sounding samples from local bands and friends etc. with a lot less hassle.

played all the guitar samples yourself

Maybe Alec Empire meant that he sampled the guitars and played them in his sampler all by himself?

i think this would depend on who originally broadcast the material… r u taking news clips from cnn?? probs would have to clear w cnn/parent company… tbh i dont think ur proposals r too dissimilar to copyrighted music, someone still holds a copyright to that broadcast material, just different parties are at play.

where this may differ: who has the right to broadcast a particular event. say u went to the inauguration, recorded the audio of the poem on a personal recorder, its ur own recording so surely itd be okay to use as a sample??? but often broadcast companies will pay for the rights to broadcast an event, meaning if someone else records that event, that company will have the autonomy to decide when/how ur personal recording may be distributed. & usually by attending the event theres some terms that come w purchasing the ticket that will lay out recording/broadcast rights in the tos.

ianal so take w a grain of salt, but i did work in this industry for quite a while and specifically dealt w copyright claims from media companies. looking into how sports events are allowed to be recorded/shared/distributed may give u a firmer idea of how the actual legal logistics of broadcast copyright works. thats where it seems to be most active w this type of content in the us.

hey! wanted to see what people thought of this possible sample discovery. So the melody in one of Post Malone’s most popular tracks ‘Rockstar’ seems suspiciously similar to the opening riff of a track my father composed in the 80s. He was a library composer for the company DeWolfe in the UK. Someone on youtube has suggested its been slowed down. Do you think its the same track?

Here are the links: 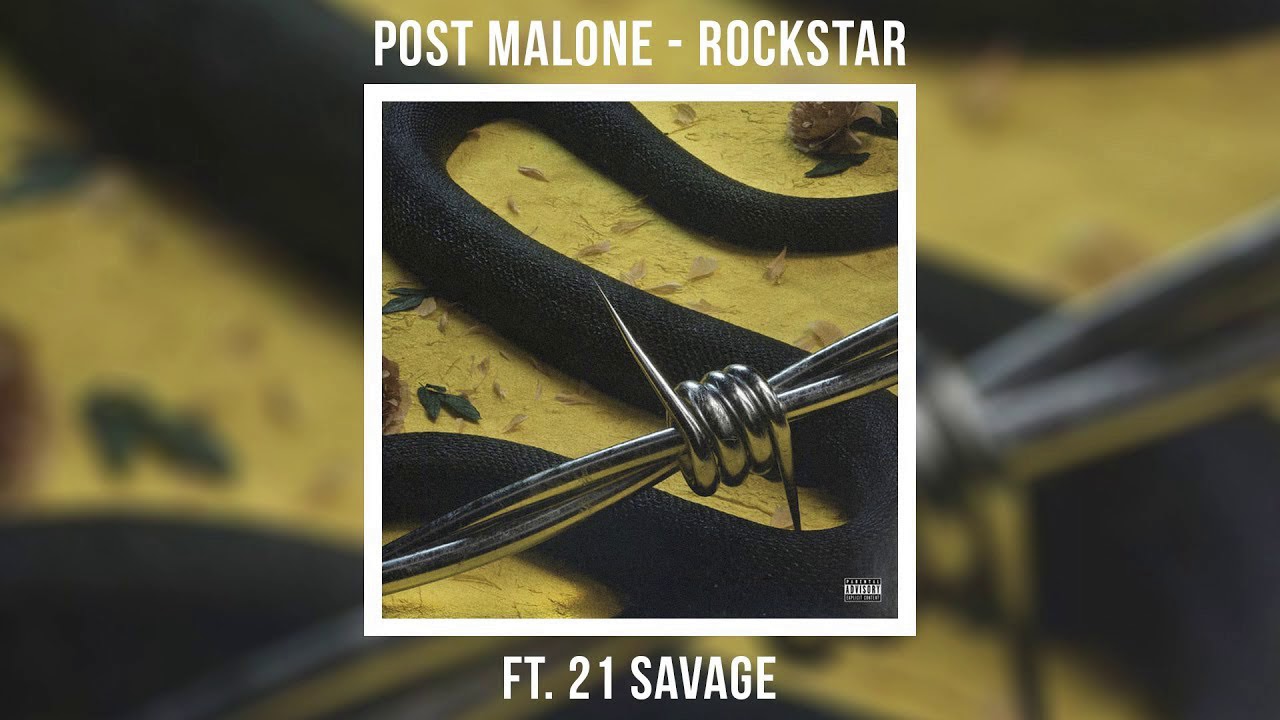 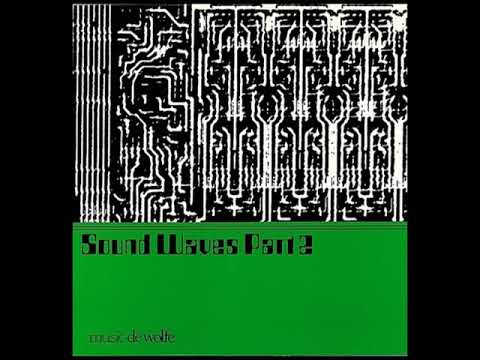 That melodic line is so common…quarter notes descending in a minor scale from a fifth. It’s certainly possible that they slowed it down and looped the first four notes, but I’m skeptical.
Really interesting that your dad was a library composer - and did electronic music as part of that!

The other question is, is this instrumental the actual version from the original producer or a remake? There are so many “type beat” remakes by upcoming producers trying to get traction on YouTube and soundcloud by copying popular songs, often not using the original sample.

Thanks, yeah agree it’s hard to discern when it’s such a common set of notes. It was only really becuase one or two people in the comments of my dad’s track identified it. Shame it’s not clearer!

@soysos that’s a good point! I just assumed it was the same so thought it would make it easier to hear. There’s a video of the producer in a ‘deconstruction’ of the track (not much to go through), where he says some other elements like a piano where sprinkled over the top of the main melody.

It’s interesting to me because the uploader of these library tracks on YouTube has a lot of subscribers, and it’s pretty obvious that the only reason rare tracks like these have so many listens is because best makers are on the hunt…

For what it’s worth this is the producer going through the track, although he doesnt replay the melody or have it as midi from what I can tell from the FL studio session. I’ve got my investigative hat on 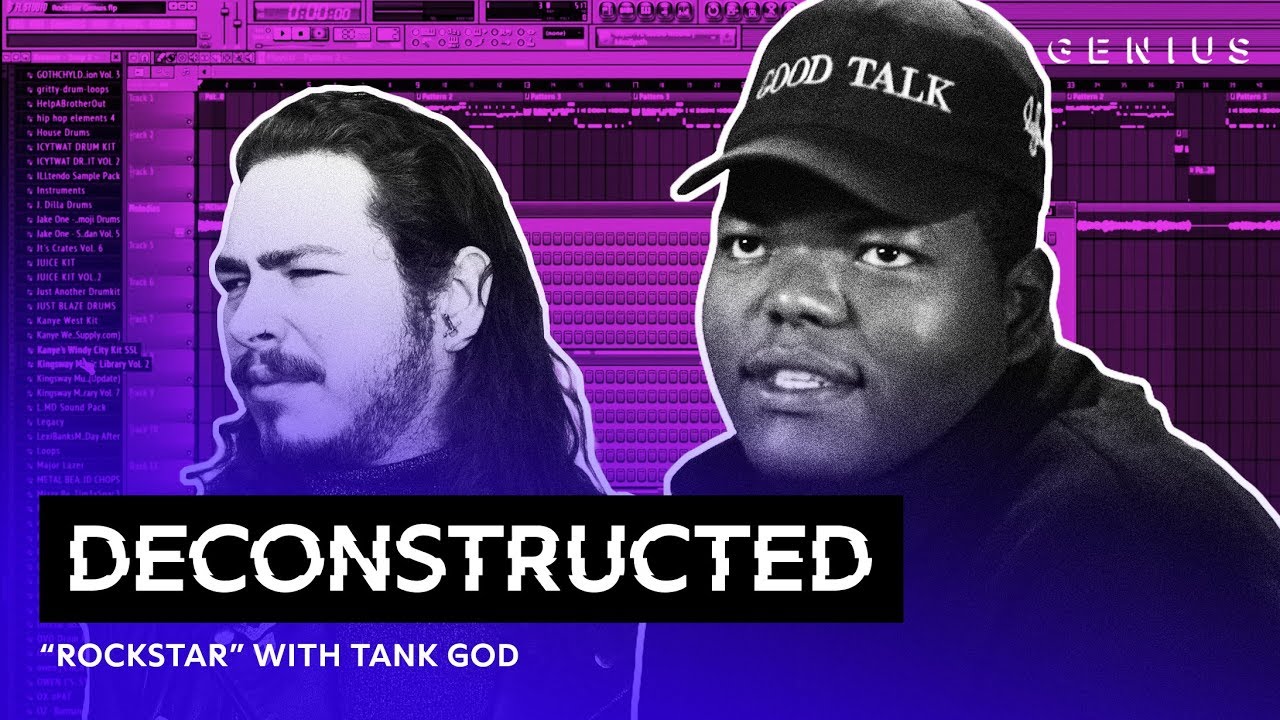 Related, a comment from another thread about clearance of code rather than samples.

This is really nice, great work! However, it looks like you forgot to attribute Matias Monteagudo for the Supercollider code, as the license that he published the code under dictates, perhaps you would like to do that? (And please don’t take this as a criticism, I’m sure he’s just happy that the code inspired you to make this script!)

Thoughts, based on discussion about what has been discussed above about samples and sampling?

That said, in 2021 if you’re making money off of it you should obscure the sample with some rearranging and effects, which luckily there are a million ways to do.

This reminds me of the Ghostface track “Holla”

When I was younger, I used to think that mangling / making something “just barely” recognizable was the main point, so I found Holla odd, and even a bit lazy

but, I misunderstood. I thought Ghost was trying to be the RZA in that “production”. If you think of it that way, and of “producer” as beat maker, then yeah, it’s easy to see it as lazy

I listened to it again recently, and for some reason, it hit different, and made me realize that I’d missed the point.

Ghost isn’t trying to RZA that track up – if he were, he’d have just had RZA do the production. Instead, he’s made the artistic decision that the vibe for that track is to just straight-up rap over the whole damn song.

and it works, really well, but only because Ghostface is talented enough to flip the sample just by rapping over it. it’s the ultimate flex.

the track evokes a feeling of hanging out in the living room with just a record player, instead of a studio with samplers, mixers, gear, whatever. it’s cozy and intimate, and i don’t think there’s any way that song would have captured the same vibe if it wasn’t Ghost just rapping over the whole damn song

(also, bonus understatement-humor effect in the credits: “Holla contains a sample of “La La (Means I Love You)” by The Delfonics”… right… “a sample” lol)

I haven’t read through the vast majority of this thread as I just stumbled upon it, but I’m an IP lawyer (though not your IP lawyer). I focus on patent law but have had various gigs at companies like Wolfram Research and GE doing general IP stuff, including copyright. I know a thing or two about music copyright, sampling, fair use, open source licensing, etc. Happy to answer any lingering questions if I can. 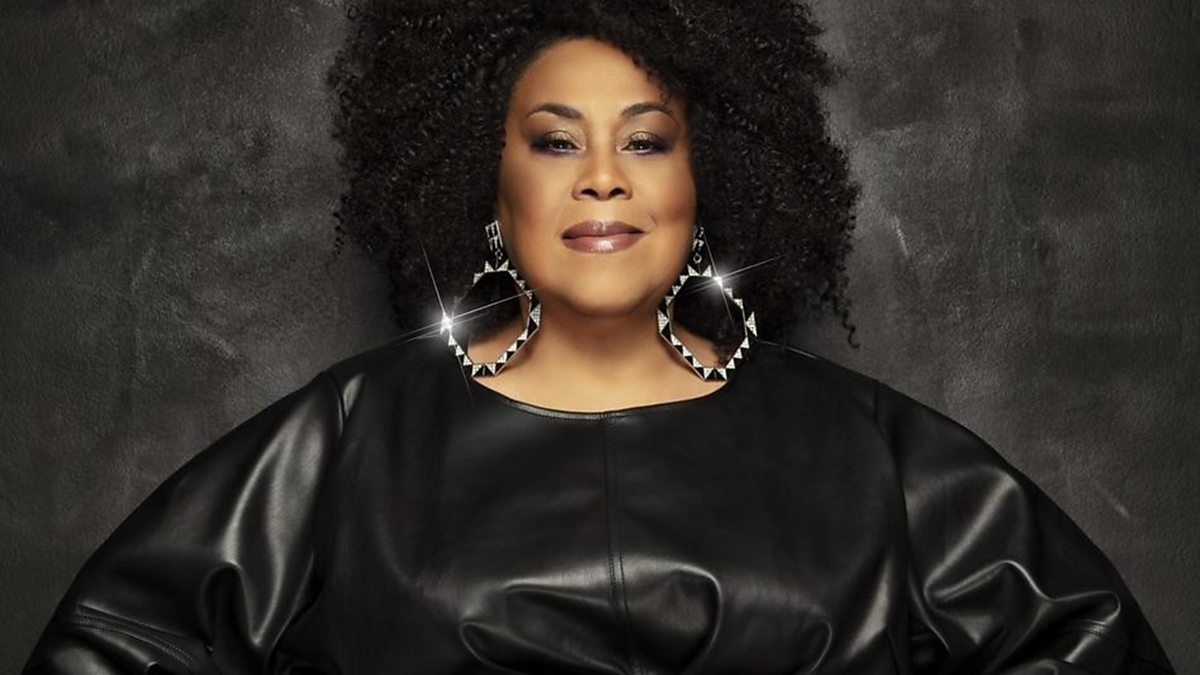 We meet Yvonne Turner, Rebecca Mackenzie, Carol Cooper, Gail Sky King and Sharon White who were all Paradise Garage regulars from its opening in the late 70s. We follow their first steps in the music business, after the death of disco. But in a cut-throat music industry, many women, including Martha, had to fight to get proper credit for their work and recognition for their achievements is long overdue. Now in their 60s, we follow their remarkable stories over several decades, as underground dance music evolved from disco into house, striving for success in an environment which was often hostile to women.

Loads of samples familiar to all of us!

I’m halfway through while cooking, and enjoying it while at the same time also troubled by it. I hope it helps y’all in relating to the topic.

…If a musician performs with non cleared samples at a live gig, Is the artist then at risk under current US or UK law?

(Long version) I’ve been fairly convinced for some time now that “recorded music” is fairly worthless. It’s now more than ever before, a disposable digital consumption of service, rather than it being a object of musical creativity. The music industry is a monopolised star system, concerned with recognising profit not beauty, particularly with AI driving the monetisation of music as a marketing tool for ad services. Sampling under these conditions is an act of defiance, an expression of our shared human need to evolve our species ability to communicate…

So where can we create a dilemma for the law here?

Where does IP law stand on an artist performing live on their instrument using a sampler strung with an intersection of cultural reference?

If the only evidence left of a performed song is recorded by an audience, who share their memories of the performance, on the internet. Who is liable?

Edit:
@naxuu thanks for your offer. I’m still curious about the scenario above, in creating dilemmas for the law regarding sampling. I.e. fans record bootlegs of a live performance and distribute them.

Another question. If someone has a band that is a registered Lmt company. Are the directors or employees of the company liable, for ip infringement?

Any other ideas for protecting artist communities that sample here as an artform? @eblomquist

Just came back here to share what looks like a very useful session on August 5th for anyone with questions about copyright and intellectual property. John Riley is an Assistant General Counsel at the US Copyright Office, so you can’t do much better in clearing up the many myths and confusions about this subject. (Is he friend or villain? I’ll leave that one up to you)

Piper and Dan from No Stupid Audio Questions welcome special guest John Riley from the US Copyright Office to answer all your questions on protecting your music and getting paid for your work. What’s the difference between a sound recording and a...

@jollyDodger Apologies for not getting back sooner. Did you still have these questions? Feel free to PM me if you want to talk through it.