I’ve scored several videos in the past, from commercials to full-featured movies, but I’d say I’m far from experienced in terms of process and good habits.
This time, I’ve been commissioned to score a short (4 minutes or so) animated movie. The “maker” (as it’s more or less a single person + an animator) is an old friend of mine, and it’s her first movie.
A few sequences are either showing musicians playing, or are sort of “danced” in the sense that there are sequences of repeated moves.
The animation has not started yet.
Do you have any tips or resources for this type of scoring where “synchronicity” must be tight ? 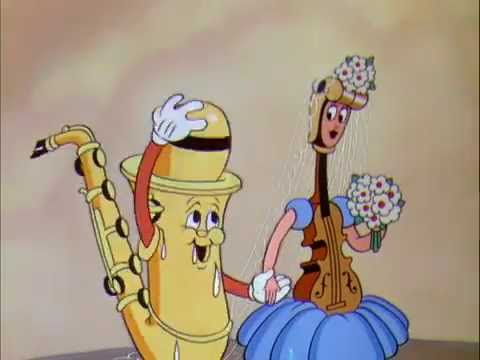 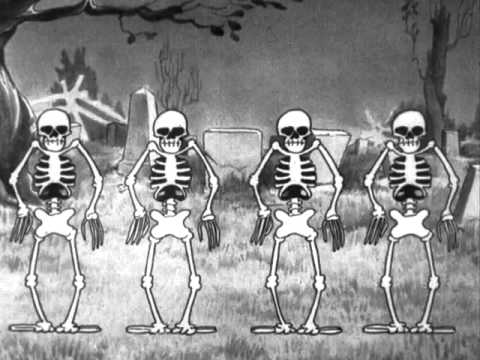 I’m wondering how it was made back in the time. I guess the orchestra was conducted watching the movie, but would be curious to know more in detail the working process between animators and composer. The Skeleton movie seems to have a steady clock in the background that might be simply a number of frames that define the basic time unit.

Anyway, I’d love to have your input !

Q1: Definitely yes! Typically the animation is done to a prerecorded score, or at least a rough version of the score. The timings of the action are tied very closely to the rhythms and sounds in the score. Lip movements and character actions are likewise drawn to prerecorded voices.

Q2: The music can evolve while the animation is proceeding, but timings must remain the same. Not sure if this is rock solid and repeatable over months and even years in Ableton. It’s probably fine, I’m just unfamiliar with it.

Q3: It’s up to you here. If the program is in separate acts or sections then it may be easier to approach each section with a different setup. Organization is key. Animation is a slow process. You’ll need to be coming back to make changes and additions much later.

1: ya, it’s easiest to have animation drawn to music. one way i worked in the past was come up with a skeleton track for the animator - something with a basic beat and outlying minimal changes to song-structure - and because they had the tempo overall from that, we could change the music from there easily - i also worked with a student on an independent film where they wanted me to follow their visual cues(because sometimes the music needed to be rhythmic, other times not, and they wanted me to keep with the rhythm of their overall visual story), it can go either way, but it’s easiest to give the animator something to draw their own visual rhythm to, early on.
Generally speaking, though, the animator should probably be the one to come up with a simple ‘storyboard’ first, so that you both have a narrative in place ahead of time that you can plan around(it depends on how complex the story will be; if it’s simple enough to convey by word-of-mouth and remember, then it’s fine, but for longer narratives, it can be very necessary for smooth collaboration… otherwise, you’ll run into many situations where you’ll both clash with each other saying, “i thought when you said [that] you meant we should do [this]”

2: no advice from me which is Ableton specific… just for any DAW, pay special attention to saving presets - you and the animator want to achieve a uniform look and sound across sections, but to get nicely detailed where needed, you may need to break things up in sections and work modularly - presets help you dial everything in automatically no matter how much you edit timings in different sections(some visual artists also use templates for themselves, where they create one finalized frame of animation early-on to refer to for the look and coloring of everything else).

3: ya, to some degree you’ll always end up working modularly(different parts of a film require differing levels of detail and attention - music videos are least like this because the song makes it somewhat uniform throughout, but for films with narratives, the feel can change more often; all different contexts are defined by so many different variables… for example, you could look at ‘Silly Symphonies’ at the 6:20 mark, compare how you would do that level of action and complexity to something simpler like when she comes down the steps around 3:30 - you would probably want to work on the 6:20 action more in detail, over a greater amount of time, and allow greater flexibility for the artist to change things around there often). Certain scenes are much more important and climactic, and will require more time to get it just right, so you’ll work longer and harder on it as you’ll feel the audience-reaction will hinge on that particular scene more than any other.

Have fun! Best of luck

never done that exact kind of project, but i’ve done a good amount of (experimental) soundtrack and sound editing work for 16mm film, where timing needed to be very precise and specific. these projects have always been “film first” which is a special set of challenges, i guess “music first” would be quite a different set.

the best technical tip i can give is to set up your DAW so that you can easily visualize and snap to video frame boundaries for the specific video / film frame rate you’re editing to. i haven’t used ableton for this, only reaper and protools.

in that vein, for the kind of rhythmic stuff you’re talking about, and assuming (maybe wrong) that animator is working to a given framerate:

i’d probably use separate sessions for musical sections (with appropriate tempos), and a final one for sequencing, edited to an actual video file. using a timebase of samples or frames - e.g. at 24 or 30fps and (48k*N) sample rate.

usual care applies to rendering video with appropriate settings for collaboration: for example, never work from a video file rendered with any kind of inter-frame compression. i’ll usually request an uncompressed video file and use ffmpeg to massively downsample both the resolution and the color space, but leave the timing untouched - producing a file that is light enough to work with in the context of a complex DAW session, but still a trustworthy source of truth for timing. (i can share a script for such a conversion if you like.)

if you have Final Cut or whatever, it might actually be most convenient to do final audio sequence in that environment. ease of “over-the-shoulder” collaboration being one reason. my solutions using reaper/PT have been effective but have taken some wrangling at times. (e.g. had to roll some tools to convert between EDL formats. though come to think of it, i guess this is more an issue if you are mixing dialog/foley as well as music.)

I’ve scored a few animated shorts and in my experience, I’ve scored to a rough animatic, and my impression is that this is quite common. I think in the situation you’re talking about, though, since it requires tight choreography on the part of the animator, it would make sense to animate to the music rather than attempt to reverse-engineer it.

Here is an animated short film I scored called “Solipsism”, by Tuna Bora & Jonathan Djob-Nkondo - my approach with this one, in terms of tempo/DAW organization (I did it in Ableton) was to just do everything in arrangement view and approached rhythm very loosely, mostly following the animation. I picked a basic tempo to start with, but gave myself room to bend it.

The clips you shared were scored by Carl Stalling, who I think is worth researching if you don’t already know about him. Here’s a Chuck Jones interview about him: 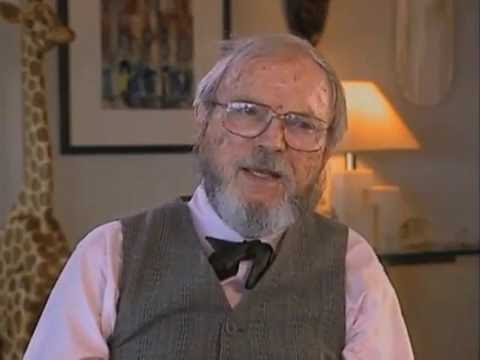 I think most what I have to say has already been covered by other people in this thread so I won’t repeat it.
One detail I think is noteworthy though is that traditional animation is quite often animated at a division of the framerate (usually half), not the full framerate. So if it’s 2D cell animation or stop-motion I think it might be worth asking your friend how much she intends to animate at which division.

Haven’t done this in a while, but i think you can drag the video right into arrangement view, set it to tempo master and put warp markers on it wherever you like. This will align ableton to the exact tempo of the video, even if the tempo of the dances change.

Might be fun to try this with the Disney videos first, as an experiment.

Wow, lots of super helpful answers, I’ll take the time to properly study them tomorrow. Thanks, you all rule !

Many years ago I added music to a few short (~30 second) animations using Ableton. Animations came first. I was able to drag the animation into arrangement view and it worked pretty well. I didn’t have to deal with especially rhythmic elements in the animation, though – sounds like you and the animator would both be wise to determine some basic tempo issues ahead of the animation being done.

Wow Wow Wow! I’m guessing your score included all the sound design. It funny how animation is such a blank sonic slate, whereas live action the dialog and basic ambient sound is generated by the actors and environment. Of course addition sound design and mix comes into play, but in this case every sound must be created, massaged, adjusted, tested and refined until it feels natural. Yes, clear communication is key and lock is crucial. Timings can change and I think a good to thing to keep in mind is altho it’s a hassle, it’s easier to adjust the sound than to change the animation after the fact. I’m new to this forum, but I’m enjoying the energy and vibe here so much.

It’s interesting that the animation has not started yet, that could open the door for a more collaborative process.

In the old days, artists had to be masters of time, and a dope sheet would dictate everything. These days, everything is rather elastic as animation is generally digital, but I guess it depends on how your friend is animating.

I believe the old adage was, in animation, everything is completely known, it’s only the illusion of spontaneity that is created. Or something to that effect, can’t remember the exact quote.

I personally spent a lot of time creating an animation once, but I did both sound and animating. I found a process of the sound informing the visual, and the timing of the visual influencing the sound, worked really well for me.

I would pull in a render into after effects, and be like damn, this whole scene is moving to fast, and be able to stretch everything out. Likewise the visuals would make me pin point and rerender exactly when a certain sound event should happen. The moods of each would influence the other.

It was nice to be able to have that to-and-fro process, you’ll probably find you have to do a lot of that with your collaborator to get it just right.

Hey thanks! I can’t take credit for all the sound design - additional foley & sound was done by Sam Plattner, who did a really beautiful job making the foley feel musical alongside the score, definitely elevated it.