Hi there everyone, thanks for getting back to me on this. Really great suggestions and tbh they are all things I have tried. You see I guess I am looking for something too special to be possible in this day and age of music making products. I want to be able to recording keyboard performances of any length and edit them if needed, I want to be able to program with Electron style per-step sequencing, with the power of a Cirklon in terms of instrument numbers. Working both on or off the grid and in the end having some sequences being more like performances or musical parts on a score which I can use in musical contexts alongside standard clip/pattern type gestures and sequences. The answer thus far has been Ableton…but I would like something midi only without all the audio stuff which I don’t use and with some kind of hardware connection to be able to physically interact with the music.

You could always just learn to play a keyboard the way you like and then record the MIDI from it. It’ll take a while, but probably not as long as waiting for someone to design you a silver bullet sequencer.

Hey there yeah I have been in contact with Frap about the USTA quite a lot, because I think it looks amazing! Had a long chat to them about Rubato, fingers crossed on that one:)

one trick i love is playing what i intend.
if i want to compose like satie, well, satie was a genius and that is a pretty lofty goal.
but you’ll get there if you play what you want to play even if it is line by line dedicated.
an easy way in multiple software platforms is to interpret audio as polyphonic midi data.
notes, velocity, timing etc. you can send that info anywhere you want or change it.
subtlety will be programmed in by you. you will compose it.
there’s a fun max for live device that adds “human” timing to clocking.

i say start simple and learn to carve out tools that’ll be reusable for your intended goals.

try: if in ableton, simply turn off grid (is that option 4 shorcut?). timing becomes YOURS.

wiring the overall pressure output through slew generators to VCA and/or VCF, and the gate outputs directly to sequencer clock input(s). It’s a great way to imbue “expression” into a sequence without exactly playing the notes by hand

I wonder if anyone has tried this with the CV inputs of an Elektron Analog 4 Mk2? I’ve not seem mention of the new inputs getting much use in general, but this sounds like it could be useful.

The only way I can get ‘there’ is allowing something else to control the thing - this is a relatively simple patch with a wogglebug driving a quantiser driving two sine waves. The Wogglebug clock has a bit of slop, and the notes are triggered when they cross boundaries on the quantiser, which somehow sounds quite musical (to me)

Love this, really interesting patch and a brilliant idea! PS you are brilliant anyways!

I’m not entirely sure if this fits the request. But I really liked the idea demonstrated here.

The first time I looked at a Satie score, I remember thinking “man, this just looks like an etude”. It didn’t look all that impressive on paper. So much of Satie “essence” for me is about the interpretation and performance of the piece (the How), rather than the notes on the page (the What).

To me, it really doesn’t matter which sequencing approach you use because as the very name implies, it is always going to be a coarse representation of what is happening in the music. There needs to be some intermediate interpretation layer that turns the notation or sequence into a sound that comes out of the speaker.

I think Batumi can do variable phase offset with CV and slider control? I’ve achieved something similar by having a single square-wave LFO with gently modulated speed, and then deriving additional streams from that wobbly “master clock”, e.g., with counters, probability, etc. Marbles is amazing for this kind of thing.

I think the difference is that my setup could not apply independent rubato to an individual voice, though?

do you have a specific synthesizer or sound module you are looking to use with the hypothetical midi/sequencing? One possible thing to try is to see what you might be able to do on the end of your synth patch programming to imitate performance dynamics - using some very slow LFOs, math functions, randoms, similar stuff assigned to things like your envelope attack time, sustain levels, decay times, other functions which might create slight timbral changes and change the feel of the timing even if it is still very on-grid, so on, might get you a bit closer to what you are looking for if your sequencing methods can’t.

Interesting stuff here, I think that using the NYSHTI I have figured out something with VCV Rack. Does anyone know how to best to integrate VCV Rack with Ableton?

holy shit that guy did my favorite S versions. blew my mind to see him recently still at it.

never in a million years a sequencer going to pull that

i don’t suppose anybody knows of one of these for ios that can output midi directly from the app?

it’d be fun to put my long-disused theory knowledge to work in the context of modular!

i find myself thinking of lorca’s duende…

If you don’t play, get in front of a piano a bit to get a feel for hammer gradations.
Ciccolini was famous for Satie, but listen to him playing another composer, Mozart; it’s more noticeable what he’s internalized from Satie when you hear something familiar played so different.

Particularly this album from late in life, K332, so good 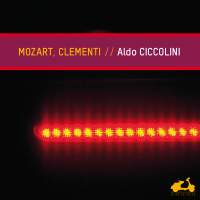 Forget using a sequencer (boring timing) or a quantizer (no modal shifts). Use a random source on things you’ve written.

That’s if you want to write music that stays interesting for longer than a few bars.

When I talk of phrasing it is about the ability to add in moments of silence (milliseconds sometimes), often across a whole piece. This seems difficult…

I’ve personally never been able to impart that kind of depth to phrasing using a sequencer. I feel that micro-timing adjustments and tempo changes are extremely difficult to program abstractly, but very intuitive to feel and play concretely. I’m not a great pianist, so sometimes I’ll just play a simplified version of the melody / chord sequence I’m working on by focusing only on the rhythm, and then correct / add in the missing notes to what I’ve played afterwards in Ableton.

Frankly, this inability to create subtlety and nuance in timing with purely pre-programmed electronic instruments is what drove me to learn to play acoustic instruments. If you don’t play any, I highly encourage you to pick one you like and give it a try. Immediacy is extremely rewarding, even when your vocabulary is very restricted in the beginning. And acoustic sound is often a beautiful complement to electronic sound.

You should also check the Voltage Runner / VCSQ2 by Ginko, which is a sequencer running on CVs/LFOs, not clocks. Generally speaking, your gates and pauses need not be tied to your sequence. I don’t see a better way to achieving your goals than modular.