Does anyone have any advice for mounting a 17" panel in a bud ac-423 enclosure? I’ve read that people have used tinnerman/speed nuts, a hand rivet gun, or threaded strips. I’m leaning towards the rivet gun method because it seems less fiddly than tinnerman nuts and less challenging than properly aligning the threaded strips.

If you’re using a Bud or a Hammond, I’d suggested self tapping screws - really straight forward. Drill a hole smaller than your screw (ie 2-2.5mm hole for an M3 self tapper), and gently screw into place. I did mess about will tapping the holes myself on earlier boats, but was a fiddle and not discernibly better to me than the self tapping screws. Also used Tinnermans on Buchla builds - they’re fine, but possibly overkill?

Thank you! I think I’ll go for the self tapping screws then.

hoping to get some troubleshooting guidance from anyone who has built a CGS92 SSG recently. my smooth side seems to be working just fine, but my coupler section and stepped side are stuck in a static high state. when i patch the stepped generator to cycle i get a rather high pitched oscillation (didn’t grab an exact measurement, but it sounded close to a C7 note, which is just over 2kHz) which doesn’t sensibly respond to changes from the rate or CV controls nor the trim pot on the board, leading me to believe it’s happening somewhere else in the circuit

i’ve checked my board and it seems that components and values were populated correctly, but i’ll certainly give it another look-over if it seems obviously an error on my part

i built mine with the LM13700 instead of the CA/LM3080s and followed the build notes regarding the appropriate changes. i had ordered what i thought were LM3080s as a backup option from Jameco (they’re indicated on my invoice as such), but they sent me LM301APs which have an identical pinout but I don’t know if they’re actually equivalents? in any case, i did undo my mods and tried them where the 3080s should be installed and i got substantially higher pitched cycling and unstable behavior

i found a couple threads on MW and electro-music, but those builders seemed to have issues with the smooth side being too slow, which isn’t the problem for me here. i did try some of the changes suggested by Charlie of LW in one of those threads (though on the stepped side), but to no avail.

if any wiser minds than i have any ideas or sternly tell me to look at my board again due to it obviously being a build error on my part, i’d appreciate either way

Did you remember to include the jumper from pad L to S?

yep, and just double checked it with my continuity tester. i’m about to go through and triple check my component placements and possibly reflow some connections, hopefully something comes up there

in the meantime, if it helps any of the brains reading this post, i measured the following voltages at these outputs while the module is unpatched upon power up:

i’m unsure if the stepped side is supposed to have a non-zero voltage at its output as soon as the module turns on? this doesn’t match up with how i remember the R*S eurorack version to be in my brief encounter with one

here are also two oscope comparisons btwn a filtered square wave through the smooth side: 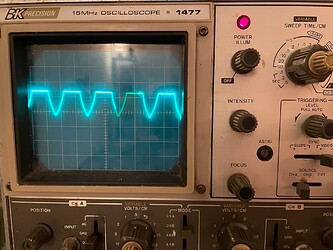 and the same square wave into the sample input of the cycling sample side (notice the substantially wider voltage swing too): 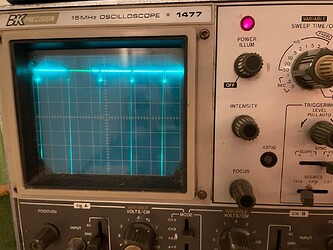 i don’t see or hear a discernible difference by adjusting the rate controls of the stepped side. i get a similar result by just cycling the smooth generator and using its cycle output to clock the sample input of the stepped generator—not really doing anything other than looking and sounding like a pulse wave with an extreme duty cycle

The first thing to check is that stepped is receiving a Sample trigger AND an input, eg patch smooth Cycle → smooth in, stack cable on top to SAMPLE, patch any varying signal into stepped input.

Do you have a picture of PCB at all?

i get waveforms similar to the second picture above regardless of whether the stepped gen is patched to cycle or following a different input. in fact, the waveform only corresponds to the rate of the sample source—adjusting the rate controls of the SSG have no effect

i figured they were different than the 3080s, bummer that i was sent the wrong thing

pics below, what was a decent solder job has gotten rather less tidy as i’ve been unsoldering and resoldering things (ie the mods for the LM13700s) in trying to trace the issues but even so nothing has improved: 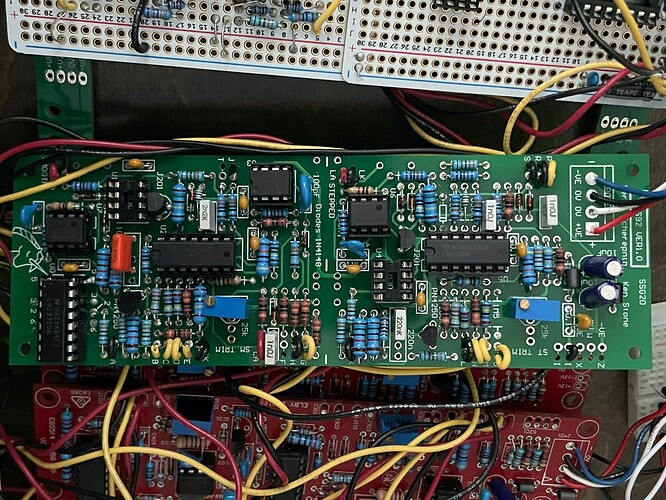 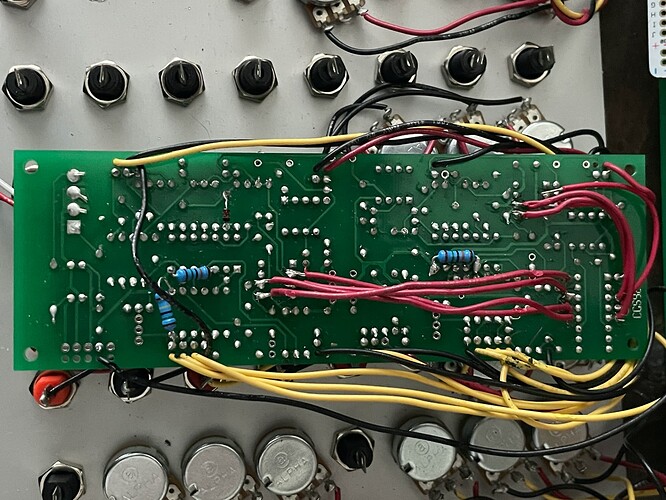 appreciate you chiming in here and checking this out

although i am slowly learning more and more about the nature of electronics (still rudimentary at this point), i tend to still find myself in over my head from time to time and end up in a rare sense of frustration by lacking the knowledge to solve my issues.

What transistors are you using, PN4250? Also are the J201’s from a reputable source?

EDIT - also looks like you have no 0v (ground - pad W) wire to the panel components, unless it’s coming from elsewhere?

Thanks. I did a bunch of thrashing and googling and learned how to really use the mouser site. I managed to get everything I need for the panel! Thanks everyone.

good catch on the wiring! i had wired all my pots together but had forgotten to actually connect those terminals to the board. i did this, and things were better but not quite there yet—it was something else i noticed while doing that which fully helped to actually solve my problem: there was a teeny tiny bit of my stranded wire bridged together between pins P and R!

brought my clippers in there to clear that out, and by golly, things are looking and working in much more of a stepped fashion: 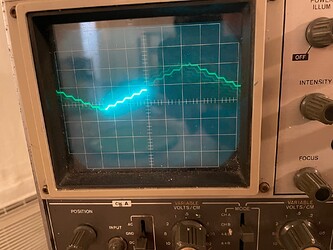 i do sincerely appreciate you chiming in to aid a fairly fresh builder like myself, even if my issues turned out to be silly mistakes on my part

i do sincerely appreciate you chiming in to aid a fairly fresh builder like myself, even if my issues turned out to be silly mistakes on my part

Those aren’t silly mistakes – they’re just mistakes. Everybody makes them. If you assemble all the correct parts in the correct way then the module will work, so every time a module doesn’t work it’s a mistake like this. The fun part is tracking them down and fixing them.

Hey, anyone has the ol’ R*S 555 VCOs? I’m thinking of picking one up but would love some comments on it, specially on how the sine waves sound and how it fares as an LFO.

The 555 VCO is an adaption of the Thomas Henry VCO, I think? If that’s the case then I’ve had a couple versions of those but not the * RS * one. It’s a classic Synth DIY design with a good reputation for quality and tracking. It’s a LM13700 tricore using the 555 as the comparator / switch. Quality at low frequencies may depend on part selection and implementation by * RS * so you’ll need to find someone with direct experience with that one for an answer there.

It’s a solid, reliable module. It’d be nice if each VCO were equally capable, but I suppose you’d lose the three-channel mixer. I either use it for straightforward, “vanilla” dual-oscillator stuff or as a VCO+Mod osc pair.

Sines are nice and clean, and it’s useful at CV rates, but I rarely use it that way, myself.

So I’ve been working at building my system back up in the last few months. I need some ideas… I currently have a 0-Ctrl mounted in my case with the rest of my 4u LW modules. In a perfect world I’d have a TKB, but it’s just beyond my budget now. Also I want to fit everything in 17" wide 14" tall Easel space and the TKB is quite big. Honestly the 0-Ctrl does everything I need, especially in combination with the O_C module. What I’m trying to decide is aesthetically how to make it blend with the rest of the system, it’s not that easy since the touch pads are part of panel. Also, the 1/8 to banana conversion. Currently I’m using some cables I made that have one connection on each end. I’d like to be all banana though. Some ideas I have are to get a new panel made, make some new touch plates, but that seems really hard. Another idea I have is to mount the panel flush to an aluminum panel, having a big opening for the touch pads, and converting the jacks to banana. Lastly, I was thinking of adding a 1u space panel above the 0-Ctrl, running wires and duplicate set of bananas mounted to this panel, and then ‘paperfacing’ over the whole area minus the touch plates. Does anyone have an ideas or thoughts? 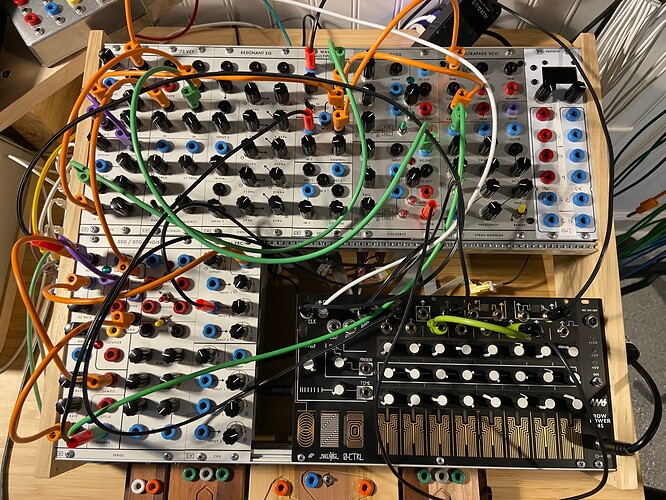 is it possible to bananify the O-Ctrl? I know it’s been done with the SQ-1. 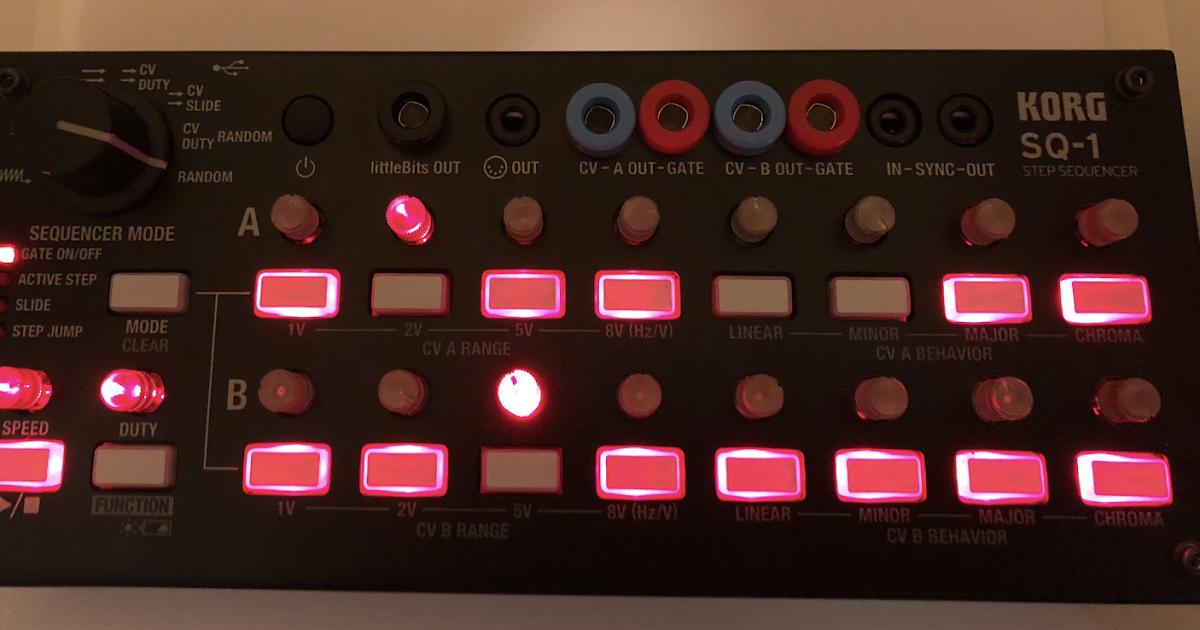 How to Bananafy a Korg SQ-1

If you are dead set on 0-Ctrl in the case I think I would build a “blank” panel that is to the nearest LW module size that will fit and do a cutout in that for your 0-ctrl. You might even be able to fit jumbler jacks above? That or keep it standalone and make more LW modules!

I think trying to hide the 0ctrl has a very good chance of making it stand out even more. Particularly given how the touch plates are a part of the original panel.

(but the layout still won’t match the logic of the serge, see previous paragraph

Adding a 1u rail, maybe connected to an internal wood divider seems like the most elegant solution, that way you solve the one-case problem and have a sort of play on U as a unit of measurement/format.

Custom cables from the 0ctrl to a format jumbler would be a must, maybe some sort of shorting bar? And if there is any space left it could house some NLC tiles that would probably be a rewarding addition!

I might have put davies knobs on the 0ctrl if it was mine since I find the texture of the rogan knobs unpleasant. 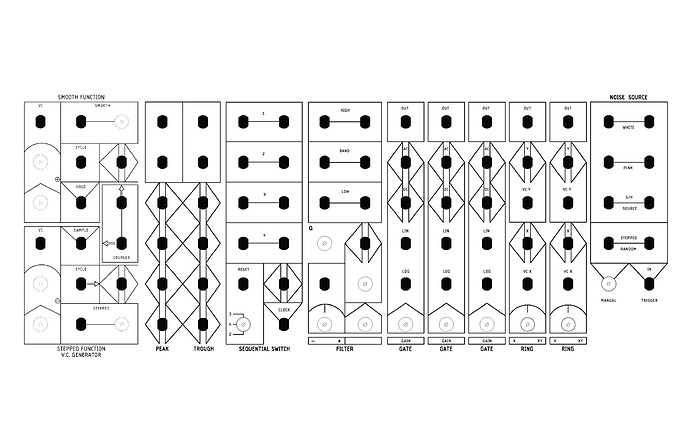 I pasted this panel art up in InDesign so that I could paste it onto the panel as one piece instead of cutting up into individual strips. Part of the aesthetic of the DIY paperface is the bits of aluminum showing between the individual module strips. Is this cheating? Should I do it or just do the strips?