Share grid between Computer and norns ( or between 2 hosts)

Hi,
I was wondering if there is a way to share a grid between a computer and a norns.
I know both the computer and norns are hosts, but i was wondering if there is a way / device where a grid could be shared between both hosts.
That would mean be able to load for example a max device using the grid, and loading a grid sketch on the norns.
I have thought of trying out with the iconnectivity midi4 since it has a few host ports, but im afraid this would only work for midi ports.
I guess this would require some kind of multihost serialosc?
Many thanks!

something like https://monome.org/docs/modular/switch/ would work. Not sure if there’s open source docs to build your own somewhere, but shouldn’t be too complicated.

the switch module is not really different from any off-the-shelf USB/KVM switch, it is just like unplugging and replugging the usb cable.

to actually use the device simultaneously by two hosts you’d needs some kind of forwarding/marshalling crazy hub device thing with some arbitrary logic in it. i guess. this thing would act as 1 host and two independent devices glued together with magic glue.

[ed] the offworld module is another thing again entirely. it’s for bringing in separate 5v power so the grid isn’t pulling power from USB host, which can cause noise and stuff in some systems

Thanks a bunch @electret !
I think i seem to remember this?

open-source PCB: https://oshpark.com/shared_projects/b4LjJ3lk p/n offworld-2 for $3/ea powers two USB devices (ie, an arc and a grid) with data passthrough to computers/modules/etc. power provided by a mini-USB port, which can be connected to a common USB power source (two-prong apple thing, etc). this version is different than the SWITCH module, which powered one device and toggled the data pins between two ports. requires only two part numbers (with Digikey links): qty 2: UE27AC54100-ND (…


I looks like i could connect the grid to one of the mini usb ports and then the other two main usb ports each to a computer and norns?
Im concerned about frying something

Ideally it would be a usb cable with a female usb end (where i would plug the grid) and ending on two male usb ends (that would both go into a computer and norns)
Something like this but for data:

Thanks for the reply @zebra
So its not a simple as i thought, would be great to use some kind of max4live autofocus for the computer and norns…
Another grid? im broke

I hotplug cables during performance and it works! actually helps me be very conscious which application is controlling the grid, which can get incredibly confusing otherwise

Thanks for the reply @tehn

So i could use a usb switch to hotplug?
Cheers!

I believe so, yes. the switch module we made briefly was just a multipole switch for the data lines. I haven’t tested commercial switches with norns, but it is basically a computer.

I successfully used the USB switch linked below to hot swap the Grid to Ansible and Teletype. The caveat is that there was a delay of a few seconds when switching- probably about the same amount of time it’d take to manually do it, but I guess less margin for error/a bit tidier? 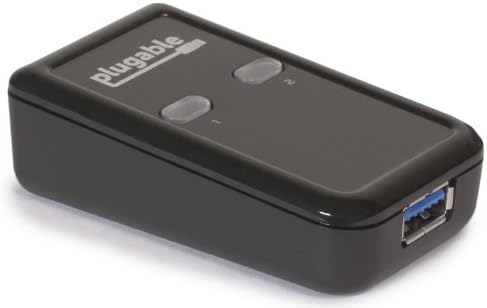 I have ordered this one, thought it might be worth a try: 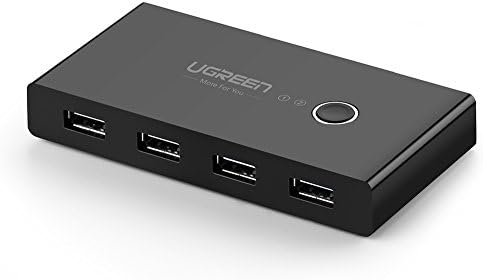 Will let you know, cheers!

Thanks for the link!
Im hoping to hotplug a grid and an arc so i got one with more usb ports, (2.0 instead of 3.0) and i also got a microusb power supply that provides (apparently) up to 2 Amps.
Cheers!

I hotplug cables during performance

I felt sweaty and nervous just reading this quote, this is what real courage and self confidence looks like to me. I for one plug the grid loooong before the show starts, check that it works a thousand times over, and just leave it as is while still looking suspiciously at anyone coming near the computer+grid for the whole time until the performance is over.

last show i played (expo74) i powered up the norns and plugged the grid in 2 minutes before the show started. some sort of life goal achieved

Hi!
I can confirm that the switch works…and really well!
I have a few max4live devices using grid and arc.
On the norns i have an awake sketch running.
Pressing the usb switch to change the grid and arc to be used by the computer or the norns takes like a second, you get the led feedback on the arc / grid as you had just plugged it in, and in a second after it picks up where ever you left it before.
Yikes!

Hi!
Unfortunately the usb hub doesn’t work for sharing a grid between ansible and teletype

Hi @scanner_darkly yes i thought that too. Tried using a usb hub for using a keyboard and a grid with teletype but that did not work, i got your 2 to 1 module after that.

Someone mentioned a pluggable switch hub being used with ansible and teletype, im going to try it out and see if it works, but my hopes are low.

I wonder if such a device exists, i think its a data and power switch right?

USB switch for both data and power

Maybe i could diy something, dont know.

Will see how it goes.

a pluggable switch hub being used with ansible and teletype

any switch that incorporates a usb hub inside will not work with ansible or teletype.

i think any regular mechanical usb switches are both data and power. it’s basically the same as replugging the device itself. monome switch is only data as it provides power to the device.

are you looking to eliminate the delay after switching? i doubt this will be solved by using different hardware, but i could be wrong.

Hi,
No im not looking to get rid of the delay after switching.

Im looking to be able to have a switch (can be mechanical and can diy) than can change one grid between two modules, teletype and ansible.

Maybe what i could try using is using a wire that I saw in another post:

we’ve made our own various solutions… offworld-1 being the most recent which is DIY and open-source. there is another solution that is very robust, for $15. tested, highly recommended.

So i could power the grid externally with that usb cable and just create a switch for the data lines?

The data lines to the switch coming from ansible and teletype?

yes. just google DPDT switch, wire that up to the data lines, and it’ll work. this is exactly what the switch module we made does. it’s super simple.