Show us your modular system 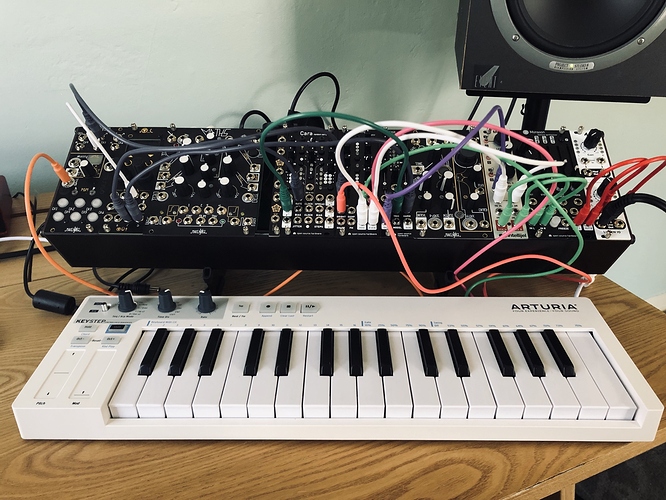 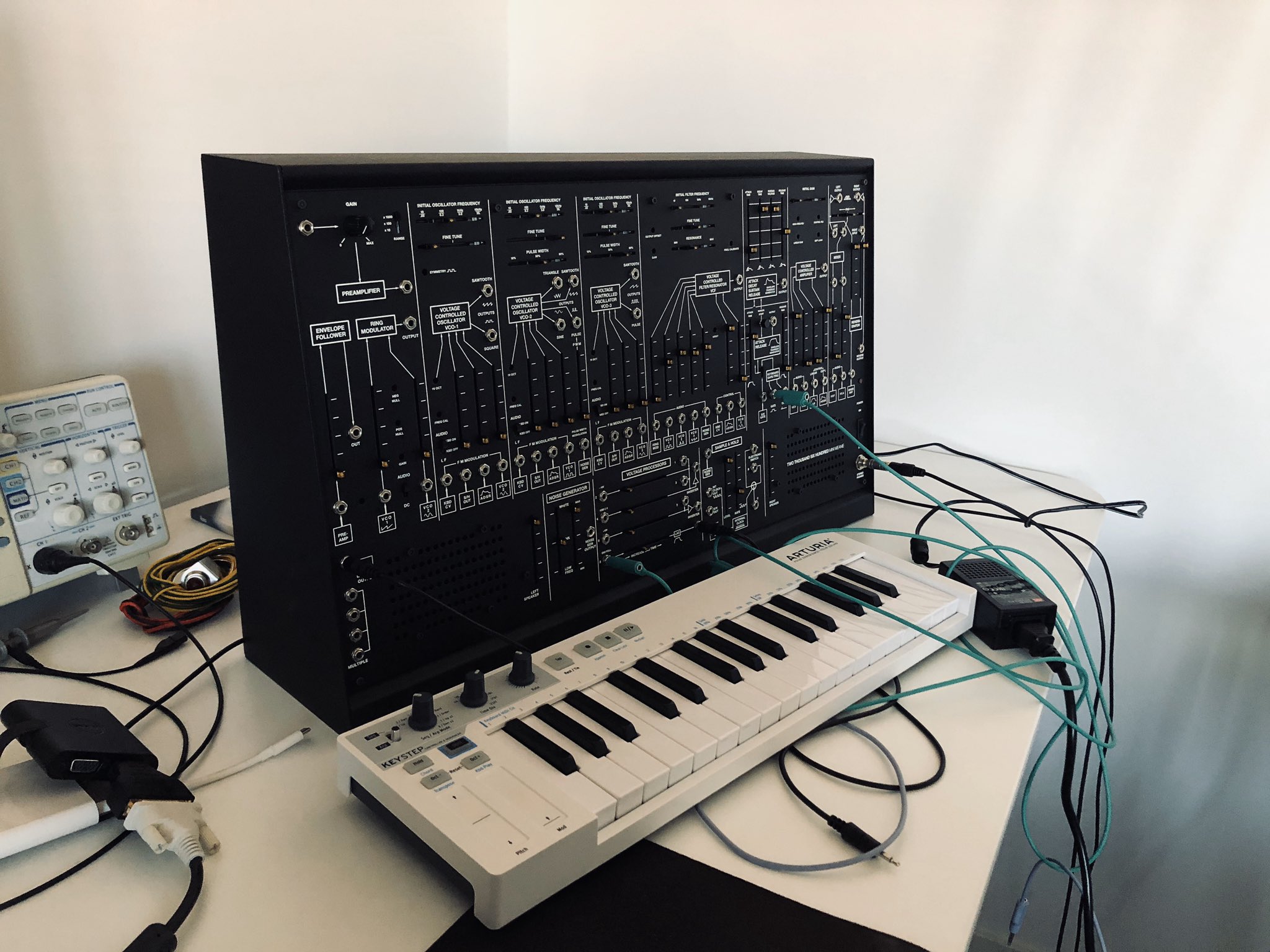 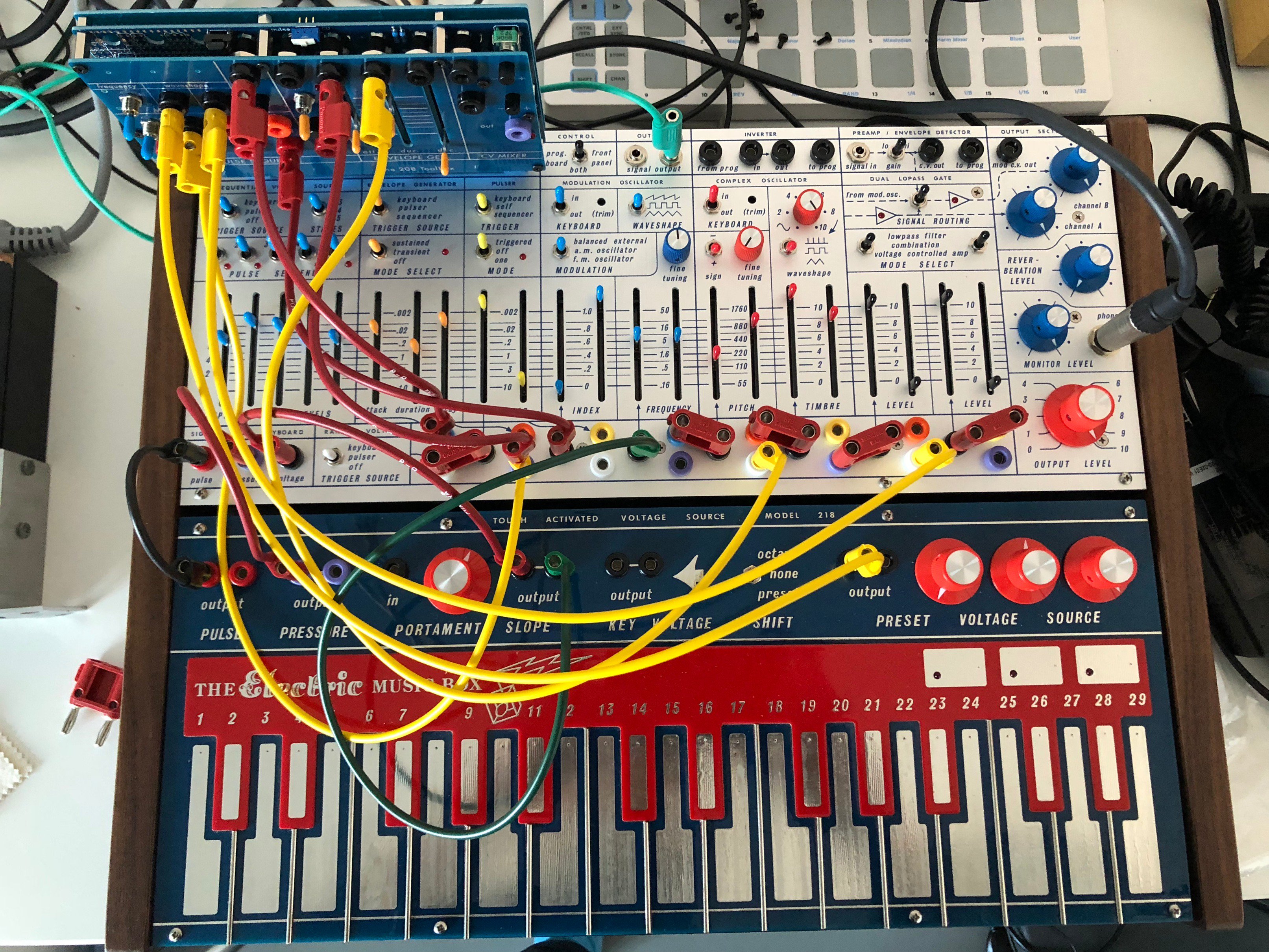 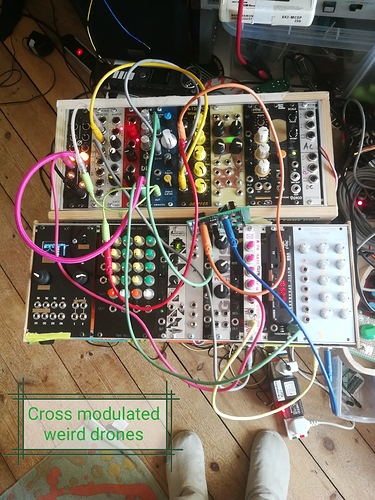 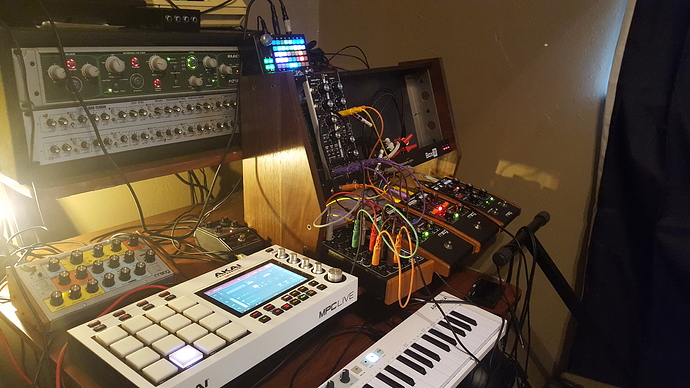 Went with 5u despite having like zero room for it. Got a dotcom box11, an Envelope++, and VCA2++. Currently using the Moog MF-102 Ring Mod as my oscillator, keystep converting midi from my MPC Live to clock, gate, and pitch cv.

Next module has to be a proper oscillator because the ring mod pitch accuracy is not the greatest. Get about an octave before I start losing a semitone here and there. Wish I hadn’t sold my freqbox

Here is my current Mantis setup.
Link to Instagram where there are a couple of brief clips.
Hoping to put up a more extended YouTube improv in the next few days if work allows.

After 4 years and an up and down-size, I feel like I finally have a synth that’s complete* and pretty much perfect for me! 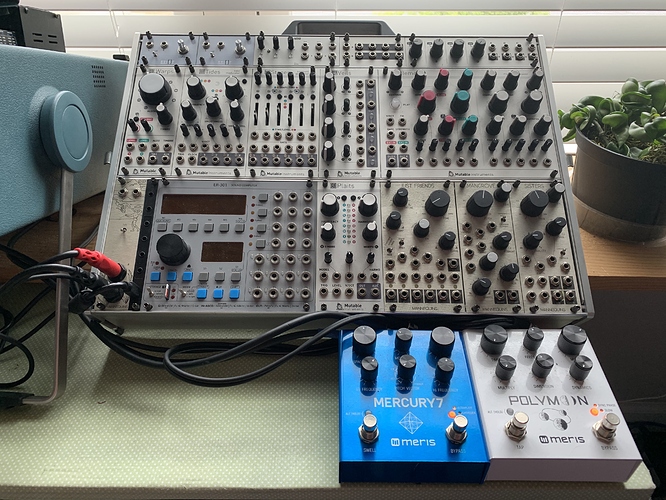 ) with the 3 rips (2 1u exi[s]t) but I really like the way they fuzz out, and it might be placebo, but I do think the pedals (or norns) sound really good sent and returned to them (also nice to have 6 outs when I need it, and the fact they can be made to be ins because they are bi-directional.

I have crow i2c connected to 301 and just friends. I really, really like crow because it makes computer integration really easy when I want to do that, and I can also write a script for standalone sequencing if I want to not use the computer. I love the m4l devices especially.

I also have norns and a nanoKONTROL2 which I wrote a little app so that I could control my 301 with it. That’s really nice to have, because it frees up the vca/attenuators/stages to allow for more complex things other than providing offset knobs.

I think it can be hard to strike the balance between, control, modulation and sound sources and also have it feel like a complete “instrument”…and when I had two cases, I just felt like I was spending too much time trying to build two self-contained systems I wasn’t really being creative with them, more just getting bogged down in building synths.

Also for me, I think at this point I prefer to settle in with deep things and learn their quirks over time, rather than swap in and out and get new stuff all the time. I feel like there’s so much depth (and also new things being built by the community) with a lot of these that I should have new territory to explore for years (and that is the plan…don’t buy or swap anything).

The thing I am saddest about is teletype…I don’t think I can sell that though (on long-term loan to a friend and bandmate rn), too many good memories (and also too much work on the web docs haha).

Nice write-up. Thank you for sharing.

I find it exceedingly rare to see Warps in a small system. Can you share a bit of how it fits into your system?

Sure! I use it for all sorts of things.

It’s also nice because it’s one of the modules that has less of a “I have to think a lot about what’s going on” vibe like a lot of what I have… I think a balance of both is good for getting the creative juices flowing. You patch up two sound sources and sweep the algo and timbre knobs til you happen upon something that sounds cool. The different algorithms being on a knob like that was the best idea.

bugbrand are by far the coolest looking synths around

Latest iteration, moved a few things around to reset muscle memory and Csl is now front and center. 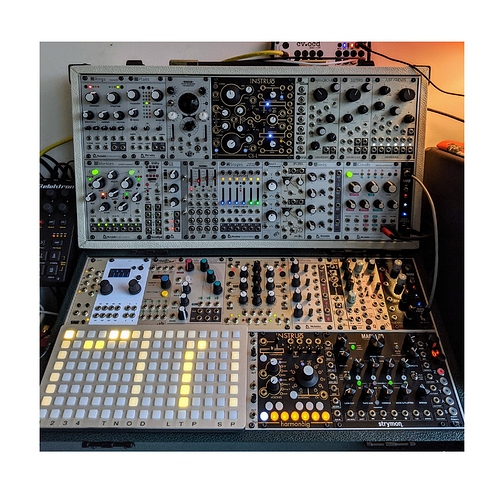 Any module changes or just rearrangement? 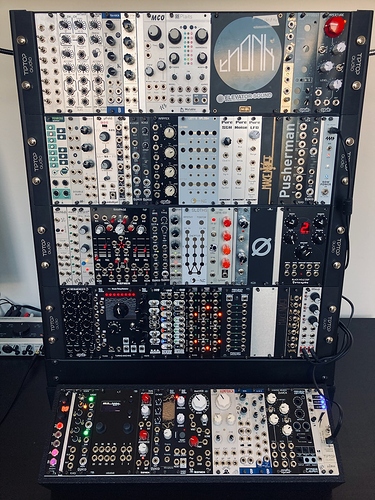 Lots of blanks and panels for modules I’ve yet to build.

The skiff awkwardly sits in front of it all, aim of the skiff being a self-contained system (menu-diving things like Disting and O_C go into the skiff as I prefer the option of being able to take it somewhere and mess around with it)

I was suffering from severe wrist pain with Pam’s tucked away in the corner and was also bumping CSL all the time just for the sake of brand association with Harmonaig.
I did install a Dwarfcraft Devices Great Destroyer module I had in a box somewhere - someone gave it to me years ago and I neglected it / never fired it up. It’s pretty gnarly! and will have fun running drums through it.

It’s always nice to group brands, but ergonomics has to rule. I was getting back pain from having to reach past 6u when playing on the floor, so I decided to stick with 3u max between me and modules. I’ve always enjoyed your “grid row”. I was considering a similar setup for a while.

ha, I knew I recognized that system. love your insta videos 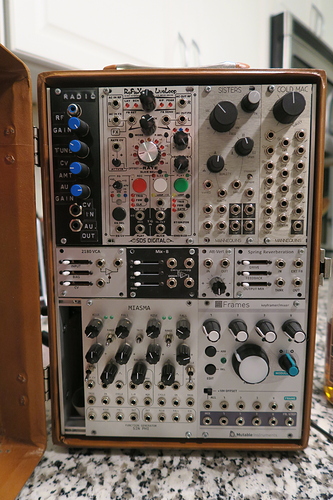 After several years of eyeing the Evaton RF Nomad I finally got one (with a very cool homemade panel that I’m really digging). I put together this little system that I’m calling the Noise Farm. Using it both to create a library of interesting noise samples and take a set of musical and vocal samples and crossfade them with the sounds from the Nomad in order to simulate tuning through a range of shortwave radio transmissions.

You could always try the amodulator to actually pass your signals back through the nomad. Looks like you’ve got a perfect spot there for it!

Here’s my quarantine setup in action

I was watching that Nomad on Reverb. I almost grabbed it a couple of times. Nice score.