I was just going to say this! Power supplies can be hard to come by if they go out, butI recommend this to everyone. It really does it all as a reverb.

the bastl thyme is pretty amazing.

the electribe es1 sounds really great when you sample into it directly.

the jomox t resonator can be really nice for subtle fattening and “lofi” imperfections, sort of like how i imagine people use the strymon deco for tape doubling, in addition to the insane feedback noises it makes.

Uhhhh oddball time. From the top of my head:
preenFM - FM meets filters. Nice.
SammichSID - when you need more of that C64.
Sonic Potions LXR - if a Machinerdum simply is too expensive.

I am looking for the PreenFM3 almost everyday on Vandaal electronics… I WANT ONE, caray.
This little synth looks really good!

yeah hey just seeing this thread and am gonna be another on the Bastl chorus. “way back in the day” they were called Standuino and made the first microgranny which i still use and love.

the rumbarack and their other brand systems all looked weird as hell. bitRanger is so weird and harsh. they had a whole grip of 5hp modules for like sensor and motor i/o.

Cinnamon is still one of the best SVFs in “bang for buck” and i would love to get an Ikarie racked.

Agreed! When I had my big Rumburak system I had two of those filters and since there were no typical oscillators from Bastl, only the grandPa samplers, I would use one Cinnamon as a saw VCO and the other as a filter then

Regarding other sleepers: Definitely Gotharman! Danish synths and granular workstations with high quality parts and totally wild sounds. We’ve got a thread for the Little deFormer here:
https://llllllll.co/t/gotharman-little-deformer/

The recently released SpazeDrum analog-digital groove boxes are cool too: 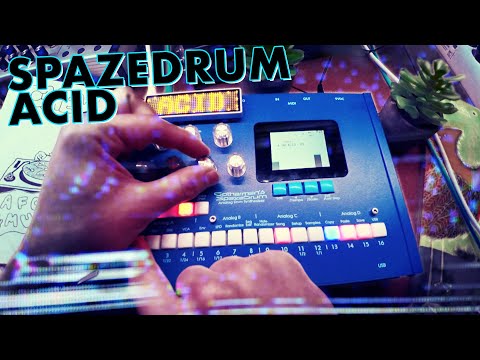 +1 for Gotharman. Little Deformer 3 is a masterpiece and in several ways quite unlike anything else I know of. I treasure it!

While the SP-303 and 404 get lots of praise and recognition, I absolutely love my SP-505 and SP-555. They can be had for semi-cheap and are basically expanded versions of the two other models (save the infamous compressor on the 303 vinyl sim, that’s unique).

Why? The 505 has a 6 second delay that when cranked is perfect for Dakim style beats. The vinyl sim is so close to the 303, but I think the noise actually sounds better. The 555 is so different than any other hardware sampler. The D beam synth and trigger are cheesy, but I think the filter sounds stellar. The looper is honestly one of my favorites for hands-on looping. I love to pair it with the longer loopers on my Norns for weaving, meandering loops. The effects engines on both are spot on, too. 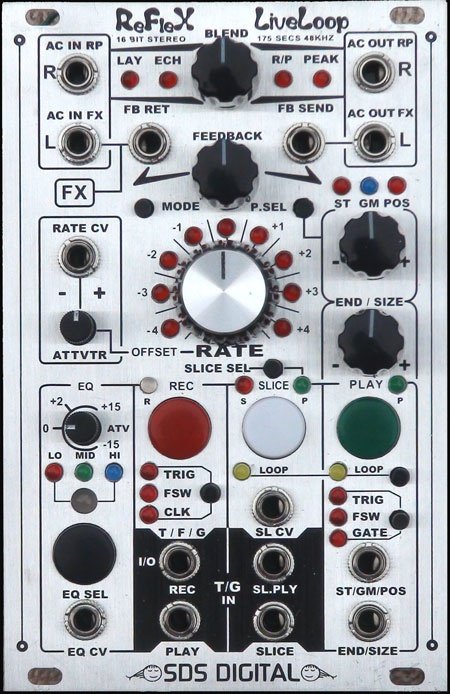 It’s so rock solid, sounds amazing still and I had a morphagene for a bit and Immediately moved it because of the sds - she’s a freakin genius - I have t got it but her digital osc is awesome too

get one if you find it though she still sells em

I’m gonna keep it here cos I know you’ll do euro - sorry I didn’t realise it was a non euro thread but it does so much and with midi too it deserves a mention!!

I think people have fallen asleep on the LepLoop from L.E.P.

While the 2nd version is more prevalent “in the wild,” I think I prefer the sound of the original a bit better.

One hears complaints about the esoteric lay-out, sequencer, & control scheme but playing with the units inspires confidence that one can indeed make dope experiment hits with these boxes.

I personally would not play a one hour set with a LepLoop but I would definitely play a 20 minute set with one, especially with a little echo effect or similar added at the mix out.

Also they are cute. Also they rip. Anyway, I encourage anyone to wake up from their dream and lift their head from the pillow to scope a LepLoop.

L.E.P.'s Multicassa is also super slept on and one of my secret weapons for face melting bass hits galore. Plus it has the coolest ever clock divider sequencer programmed by knobs. 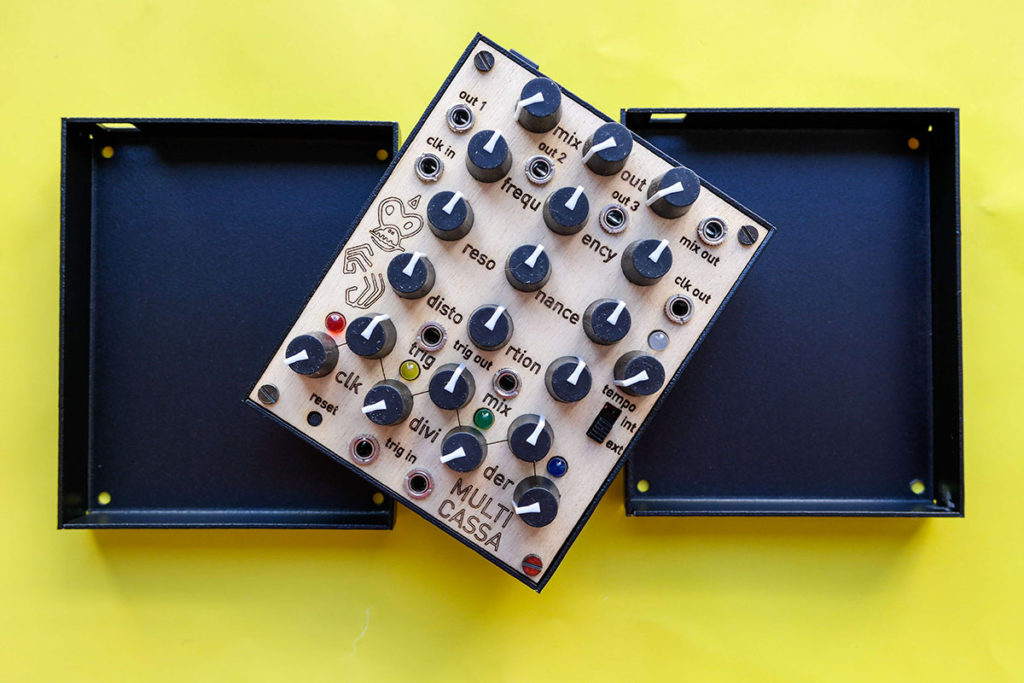 Oh yes! I imagine the Arpopone and Multicassa would go together well too!

This jam really needs a beat: 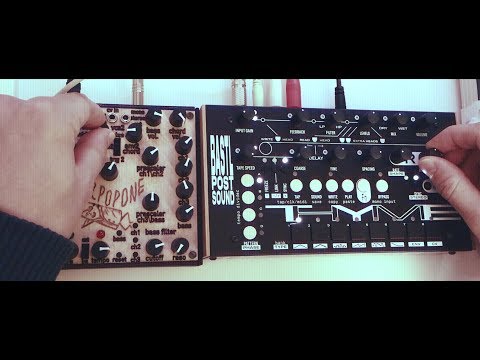 Hope that we will hear more about LepLoop’s new ArpoLoop thing that has been teased for over a year I think. 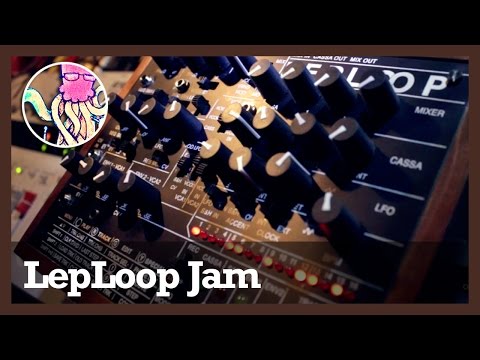 there’s no rule against euro and i think this fits perfectly! those were so hard to get ahold of back in the day but you’re right, they’re enormously powerful and i forgot they existed!!

Yah, the ArpoPone is very intriguing and definitely pairs with the MultiCassa. I didn’t include it in my post because I still can’t really figure out how to use it.

I enjoy what you’ve managed to get it to do in concert with that there Thyme, though; nice video!

The new ArpoLoop looks so rad, every time I see another teaser on Instagram my brain goes “boing.”

The 555 was my second piece of gear after a volca beats. I sold it recently and sort of regret it…so hands on and immediate! I too loved the looper. This lovely box basically got me started making music

I really want to try to learn how to build modules so that I can implement a d-beam style control unit (possibly with a built in CV looper) but I have absolutely no idea where to start aside from…VCSELs? I don’t know.

I’ve had a similar thought. Some kind of sp-555 style looper with a mic pre and d beam would be tight.

Plus the 555 has velocity sensitive pads and can resample while playing a pattern, no?

Two things that are big bummers on the 404 imho

Sandrine is an unsung hero in eurorack! All of her designs are unusual, clever and useful. I loved my RLL and sold it (with great sadness) only after acquiring the aforementioned Gotharman.

I’m quite certain RLL is by far the most fully featured and interesting stereo sampler module in its price range.

I only had one for a short while (covid forced sale) but I’m a bit surprised the Kilpatrick Phenol isn’t more of thing - a very satisfying modular experience for people who don’t want to get into Eurorack.

Built like a tank & comes with most of the extras (MIDI, output module, case, power) beginners might forget to budget for.

I’ve been eyeballing the sunbox for some time. No clue how to build one. But it sounds oh so nice.