Slippery Clock is a modular system I’ve been developing for live improvisation. My clock source is a performable clockwork device that creates random triggers connected to a series of clock dividers and shift registers triggering sonic and modulation events. 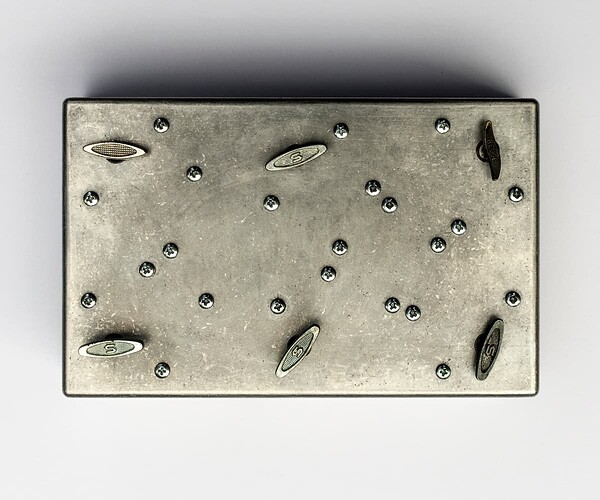 Here are a few recordings

what kind of i/o does this have? and is this the first version?

Using a prepared* music box connected to a modular synthesizer the artist seeks to explore indeterminate actions and reactions. Sound and sonic events are triggered by the release of tension within the music box forcing a spring reverb tank to self oscillate into feedback which is then tuned using a bandpass filter and fed back into the synthesizer to determine the pitch of the composition.

what led you down this path?

Hi, thanks for the interest.

It’s been a journey to iron out the results, it’s not the first version although it’s the first one I’m happy with. Previous versions I was getting a lot of double triggers (down to clock dividers being ‘musical’ & not binary).

The ‘slippery clock’ device was built for an exhibition, during the exhibition I was asked how much to buy it. A difficult one but the point of building the device was a long process of building an object that I could just sit with & think about, without really knowing it’s purpose or what it was all about. I didn’t sell it.

The device contains six ‘prepared’ music box mechanisms, I’d been collecting broken one’s for years with little clue as to how I’d use them. It generates infinite possible clock triggers, variations & patterns. These are picked up by a pre amp built into the device & connected via a befaco interface via 48v mic pre, this signal is then filtered to remove spring noise resulting in a nice master clock.

Most of my work over the last 5 yrs is based on David Toop’s - Wasp Flute & the idea that the design of the instrument can be the very thing that creates the response.
My modular journey began with Ciat Lonbarde so I already had a fairly ‘interesting’ (for want of a better word) approach to creating ‘triggers’ for modular events.

thanks so much for responding in detail!

It’s weird what grabs & inspires us, here’s an image of Wasp Flute & conversations with David Toop over the years have revealed that the making of the instrument was part of his thought process into free improvisation & listening practices & interestingly he never actually played the thing. Personally I’d find that hard which I suppose has led me down this path 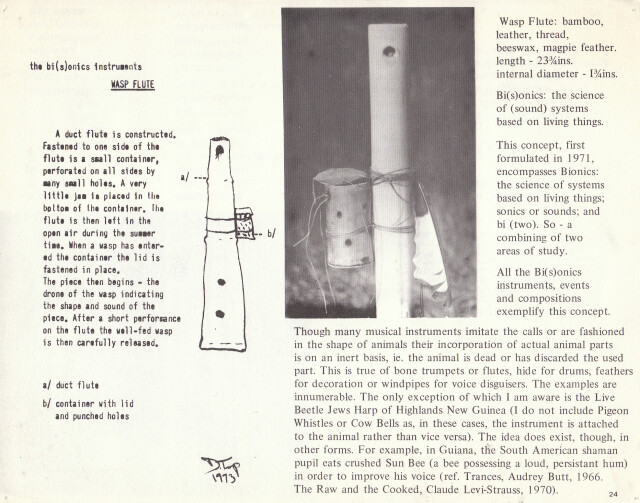