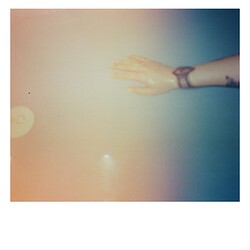 today, i am sharing an album in the works for about 3 years. each of these compositions is an approach to what i’ve been calling “ambient-dub,” a nod to the the hybridity of taste, hybridity of process they encompass. i will share process notes for each piece, and share where my influences lie. i don’t have a physical release planned, but am open to ideas/thoughts.

these recordings are not in chronological order, but move through varying levels of intensity, dissonance, and harmony, like a heartbeat or the changing of seasons. all of these recordings are a single take with no overdubs (with one exception*, but we will get there). i’ll share my context and my process, then i’ll add some notes on gear in a drop down so folks can delve into what i used to make each track if that’s their cup of tea.

this song was recorded 2 months after the first quarantine here in the US. i had taken to making music as my main form of creative expression. the main lead synth cycles through a pattern that changes ever so slightly each time it passes through, like a carousel. the bass line glides across a few octaves as a cradle for the delay lines.

this track centers on delay with very brief feedback. in my mind, this is the sound signature of this album. long drawn out drones with layering delays that add depth to the waves. the intensity of this track builds when the distortion takes over. after i finished the main composition, i overdubbed* a roygbiv like bass line underneath to complement the evolving loop.

i recorded this sketch on the evening i lost someone i loved very dearly. their presence, although not constant, was a creative inspiration whenever we shared space. part of me lives with some regret on letting those moments slip past unacknowledged.

this track is a granular cloud filtered and echoed. i play the filter with one hand and adjust what section of my sample is playing with the other.

the thing with this track is that i wrote it and recorded it on mushrooms. for some reason, the heavy clipping and distortion was soothing to me. i got lost in a meditation for a few hours and decided that this loop was good enough to record.

this was a wonderful 3 track sequencer creating 3 unsynced, interwoven patterns. i routed 2 unsynced lfos to each of the filter cutoffs on my end of chain filter which escorts you through the patterns, bringing out different notes each passthrough.

this track was an experiment with deep bass, samples, drones, and dissonance. i was inspired by some techno artists (notably: gand) and tim heckers early works. i actually finished this while watching the tarkovsky film nostalghia, hence the name.

a granular cloud swarms around in the background while a cycling envelope generator cuts through. both are modulated by a series of related lfos creating rhythms in the disharmony. beneath these are samples of a thunderstorm, downsampled and destroyed, and a buried kick drum.

this track was recorded in the same session as infinity equals null with the same setup.

this track is a granular cloud filtered and echoed. i play the filter with one hand and adjust what section of my sample is playing with the other. only difference is that this one was processed using the sp-303 vinyl sim, so it’s a bit more gritty.

this track was written and recorded on december 31, 2021, an ode to another year gone by. had just come out of a creative and intellectual drought and felt drawn to a tiny eurorack rig i set by my window.

i recorded the room sounds, layered those with a field recordings, and played a few track live from my sequencer through the eurorack effects. no edits other than fades on this one.

I wrote this piece for a live show i did at NW Detroit Experimental Music (with my partner, as Garden Burial). I wanted something to offset some of the more drone oriented pieces we were playing as part of this set.

The end result is two simple evolving synth voices moving through waves of distortion and intensity. nothing much more to say. oh, and i absolutely love caterina barbieri.

This piece was an accident when I was giving a friend a demo of a small eurorack setup. I have no idea how it happened.

both of these were recorded with a small instrument in 2019. no real recollection of the context, other than i was living in a basement and this tiny instrument was one of my only sources of joy and musical inspiration at the time.

these were both recorded on a self contained instrument and a diy metal box that resonated and created the most wonderful feedback. of all of these tracks, these are pretty special recordings.

11. My Heroes Have Always Killed Cowboys

this was recorded on the same setup as flight risk, but the day after. I felt like i just try to give this setup a go at its more extreme ends of the spectrum.

the main thing to note is that the clipping on this was actually an old mackie mixer. no one talks about how great those things sound for clipping in ambient music. take the mackie back from noise.

enjoying greatly so far, thank you for sharing!