I generally don’t talk about releases in this way, as feel the music speaks for itself and any amount of stuff I say just gets lost in the sea os stuff we are wading through. Having said that Lines wants to encourage conversation in every way possible, which I totally support, so I am putting a few thoughts down below which I hope helps engagement between everyone.

The label and 4 artists (2 from last weeks releases: SM-LL. Andrea Taeggi - Batch 0011. tendencyitis - Batch 0013) have been working together in our group Slack channel, discussing various matters around promotion and collaborating on the promo documentation and also celebrating the releases themselves which is what it’s all about. Its been a super interesting experience so far, especially incorporating artists in more things than just music, bodes well for our shift and evolution next year. SM-LL. No artist names, no credits on releases from next year

In contrast to last weeks more energised and raw sounding rare electronics from an Arp 2500 and second had raw mixer-feedback fro Andrea Taeggi and tendencyitis, this week is more intimate exploration and experimentation in dub structures, bass coming from small intimate modern studio setups in the hands of ANMA and K.Pierco, which I think probably feels familiar to many on Lines.

ANMA has been supporting us since 2018 and contacted us to work with us back in July 2019. We worked together exploring what initially started off as tones and subtle bass that eventually moved into more rhythmical patterns. Email exchange and bouncing ideas back and forth, with ANMA responding with excellent studio explorations, most of which have made the release. You can hear roughly with it all started in the last track Harm Osc 2. It’s all recorded in mono from a minimal setup.

Personally I’d put this somewhere in the area of early works by Frank Bretschneider in terms of colour, and Taylor Deupree Polr release for pace, mood and simplicity, although something different that stands away from both of these releases.

K.Pierco has also been supporting us since earlier this year finding us from a post at the Elektronauts forum on minimalism. We talked in an email about the label briefly, and he eventually sent us a selection of tracks which immediately was a no brainer for us to support. A much cleaner and brighter sound to ANMA with more classic drum sounds, and a pace that shifts between sporadic spluttering grooves and solid structure possibly coming from his Techno foundations. I believe K.Pierco uses an equally small setup, and knowing it intimately, is able to push it to its edges.

Both releases come as full digitals with 12" hand-cut vinyl versions. 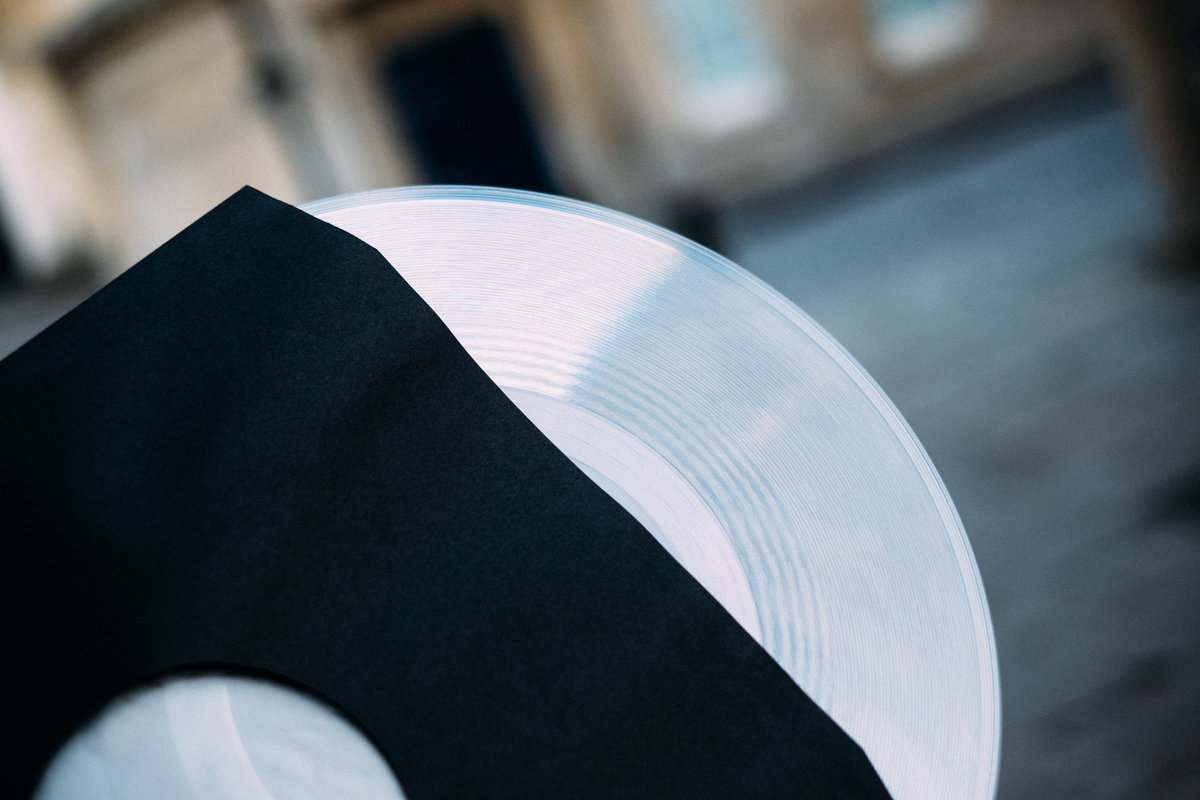