I’m so excited to share my new album with all of you! Dreamsill is my second LP, with limited cassettes available from Good Glass Records.

This was a big project for me, having been recorded from January of 2018 through June of 2019, and my first work to get a physical release. From the start I wanted to make an album that was more than the sum of its parts and that felt like a complete work rather than just a collection of songs. I also wanted to create an album that spanned a wide breadth of emotions, where the songs hold very different feelings from each other but still share some common connection. The way a night’s series of dreams seem individually distinct, yet inseparable from the rest, and leave you with an indescribable patchwork emotion that lasts into the day.

The album is almost entirely synthetic but very natural sounding. I wanted to get away from grid based sequencing and rigid tempos, and the rhythms in these songs push and pull against themselves. I won’t get too far into the nerdy weeds here unless people want to know more, but the main instruments on this album were a 7u 84hp modular system, Digitakt, Mopho x4, and Odyssey.

Thanks to all of you that have lent me advice and support through this process! I hope you enjoy the album.

Tapes come with a vinyl sticker shown in the images below. 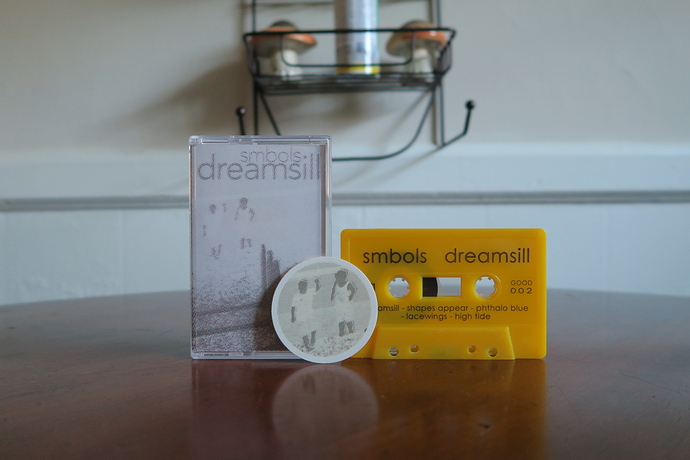 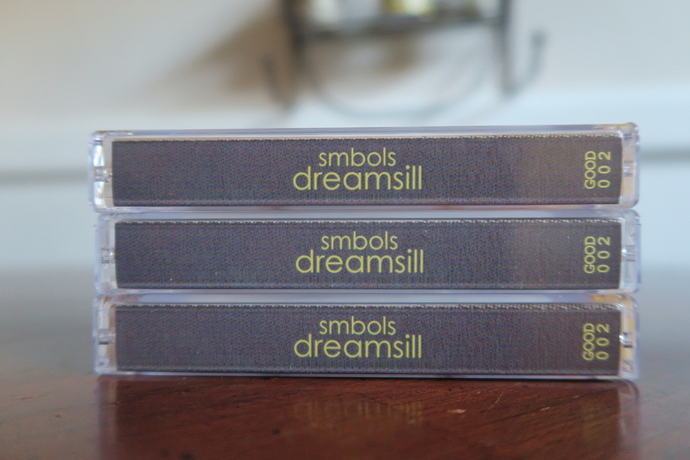 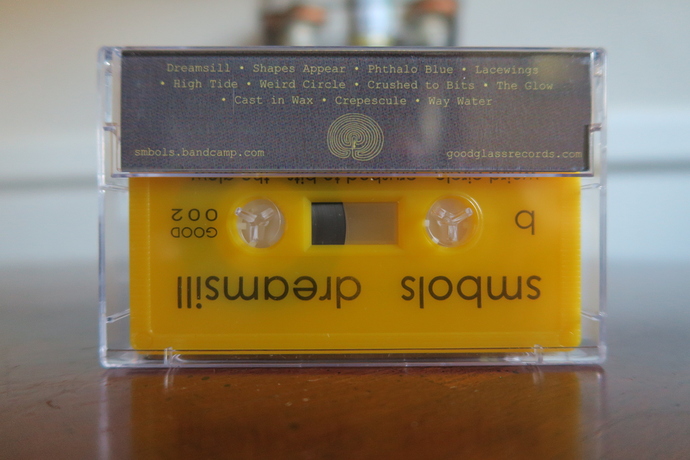 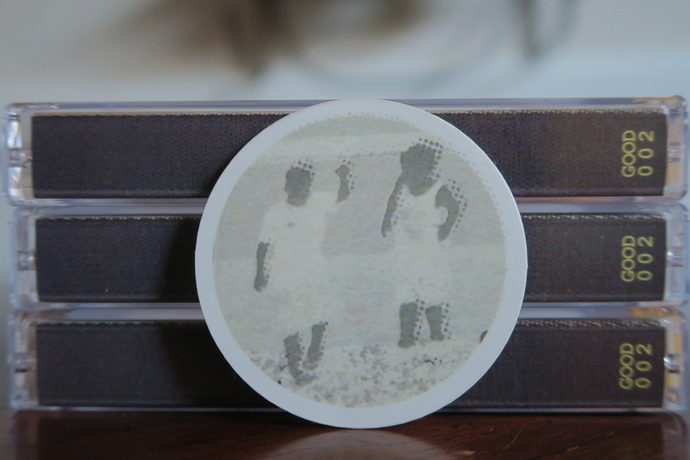 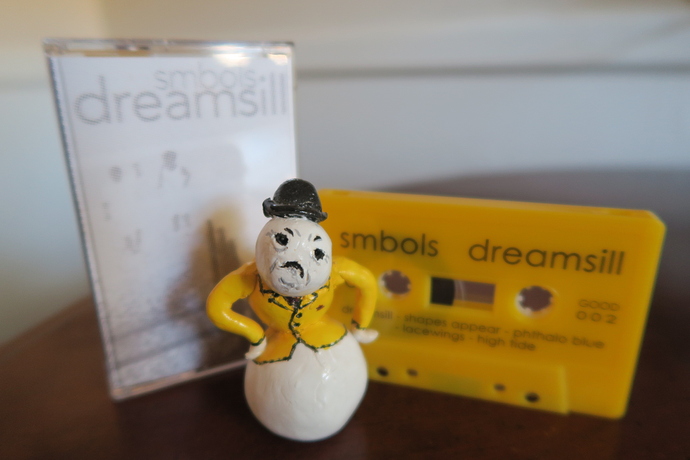 this is awesome, really love the percussion sounds on the first track- would love to hear how those were made!

Listening now- loving it! Thanks for sharing @smbols!

The percussion on that track is one of my favorite things on the album. It was all a physical modelling patch centering around a Mungo D0 and Three Sisters. I can’t remember the full details of the patch itself, but I had recorded a few bars into my Digitakt, chopped them up and made some sequences, and then had that layered with the patch running live so I could mess with both of them.

Instantly bought after the first track, that really blew me away! Excited to hear the rest. Thanks for sharing.

Sounds really nice! I think I’ll grab a tape. Congratulations on the new release, it’s ear-grabbing from the get-go. Everything sounds acoustic so I’m inclined to ask about your process on almost every track on the album

Haha, well I’m happy to answer any specific questions you have.

As to the acoustic sound, a lot of that has to do with how I handled the reverb on the mixdowns. I really wanted to record the album using a mic but that was giving me lots of issues because my space isn’t really suited for it. So instead I set up a sort of space simulator where I ran the master mix through a convolution reverb, mostly IR’s that I recorded myself from different locations. Then I split the left and right channels, but letting a little of the left blend into the right and vice versa, and ran each of them through its own convolver with a different impulse response taken from various microphones. I really like the effect it had, it really sounds like sound captured in a room in some spots.

That’s a cool trick. So a common reverb on the stereo output and then a different take on that reverb for each channel? Am I getting this right (without getting into the IR details) ?

Got a tape. Hope that brings you enough money for a beer or something. And again, congratulations on the release! I spent my commute and then some listening to it.

That’s a really cool trick indeed. I’m really curious how you record IR’s and what reverb you use for it. Maybe we need a seperate thread for recording IR’s?

I’d be down for an IR thread. I use the noise burst method to record mine, where you just record a loud noise burst in a space and load that sample directly into the convolver. I’ve used hand claps, woodblocks, and playing back a recording of a white noise burst on a portable speaker. I guess the speaker method gives the most “accurate” result but I’ve liked what I’ve gotten from all 3. I’ve tried the sine sweep method once but couldn’t get the deconvolver to work right. I’ll have to reattempt that at some point because that’s supposed to give the best results.

@ParanormalPatroler Thanks for buying a tape! I really love the way the album ended up sounding on that medium.

And yes, that’s the idea for the reverb thing. So by splitting the left and right (but letting them bleed a little) and running each through a different microphone IR, it’s sort of like recording that sound in a real room with two different mics. I can’t remember which actual mic IR’s I used, it depended on which ones accentuated the music in a way I liked, but if you google vintage microphone IR’s you’ll find a ton of options.

This music sounds dope to me. I love the energy and have nabbed a cassette. Thanks for sharing.

This was a most excellent listen!

I updated the original post with more images of the cassette and sticker.

First batch of orders were shipped out yesterday so please send me a PM if yours doesn’t arrive soon!

I finally find myself listening to this cassette. This cassette tape rules. The freed up rhythms knock my noggin. The melodics feel on point. A ++ would play again.

That’s awesome to hear, thank you!