Now that the Field Kit has been out for a while, and the Automat is on the way, I’m wondering if anybody has built or purchased a great solenoid drum striker?

They’re pretty simple things, really, but thought I’d ask in case anybody had hit on a particularly elegant or interesting design.

I’ve met the folks from Polyend a few times, and their drummers are pretty wild. (Their ‘Seq’ hardware also looks familiar, but I can’t quite put my finger on why

(Edit - just realized you mentioned that the Automat is on the way, so this maybe is the wrong direction)

The Polyend stuff is gorgeous. I’m going for the cheapo version.

the designer of the bastl solenoid recommended the ZYE1-0530Z

Not been too up on the newer solenoid jams in the last few years, but is there anything that is ‘standalone’-ish? As in taking a USB-MIDI input and working off that? (I guess the Polyend thing is that, but a bit expensive…)

the designer of the bastl solenoid recommended the ZYE1-0530Z

The Field Kit came with a linear solenoid very similar to that one. But you need some kind of housing or armature for it, and it’s possible to use it to actuate a striker. Lots of different ways to set it up. I was relieved to find the Karmetik paper. The folks at CalArts have been doing this sort of thing for a long time and it will be good to learn from their experience.

Not been too up on the newer solenoid jams in the last few years, but is there anything that is ‘standalone’-ish? As in taking a USB-MIDI input and working off that? (I guess the Polyend thing is that, but a bit expensive…)

I think that describes the Automat pretty well. 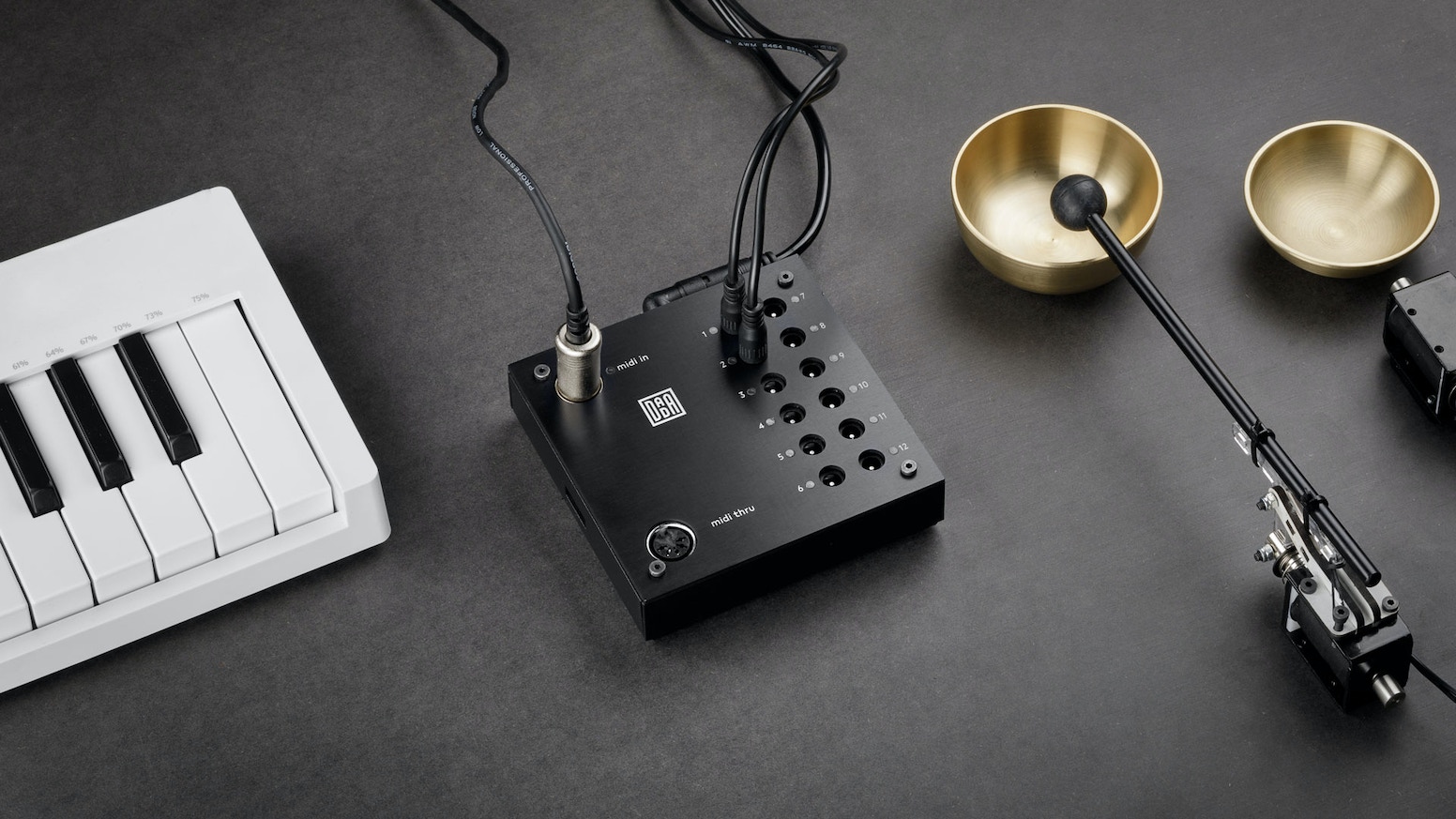 dadamachines: music machines for everyone!

The dadamachines automat toolkit enables you to tap, move and bang to make sound with the world around you. Hackable & open-source!

This paper convinced me that the thing I want to build is a Trimpin Hammer. Still looking for more detailed instructions for its construction.

This is a kind of simplified Trimpin Hammer. Nowhere near as quiet or precise, but much simpler to build. A good starting point.

I know this is an old thread, but I just found it while doing research. I’ve been developing solenoid driven drum strikers with an emphasis on volume, to use during live shows on tour. Here’s a video of the first set I built, back in 2015. Each striker uses two Pontiac Coil F0494A 60 watt solenoids pulling in tandem for power and geared up for stick speed.

Love it! Thanks so much for sharing, I’d love to learn more.

First attempt (basically proof of concept) to bring motorized percussion into the mix with a bunch of Ciat Lonbarde and other banana based synths (Grackler, Double Knot, etc)

recorded the acoustic stuff w binaural mics, should be good for headphones… got some roomates coming home just as I started, but also the cats started running up and down the hall, so I kept the take (also, now that roomates are home, not like it’s going to get quieter!)
cheers